Crisis in Lebanon — a Manifestation of Global Discontent with Growing Inequality

Residents of this small confessional Arabic-speaking country on the Mediterranean Sea have been protesting for over a month now, blocking the country’s main roads.

Almost one and a half million people have been taking part in these demonstrations, in a state with a population of just 4 million.

Since the 1940s, power in Lebanon has been shared according to religion, the country has eighteen recognized religious sects: there are a strict number of parliamentary seats allocated to Shiites, Sunnis, Maronite Catholics and other faiths.

For the first time since the Lebanese Civil War, which lasted 15 years (1975-1990), hundreds of thousands of people have taken to the streets, demanding an end to this political strict power-sharing system along ethnic and religious lines. Protesters have mainly been demanding the formation of an independent technocratic government capable of tackling the country’s deepening financial crisis, as well as a stable supply of electricity and water.

The latest wave of protests began on October 17, when a small demonstration took place in Beirut against new taxes the government planned to introduce, which included taxes on WhatsApp calls. The protests quickly spread to dozens of other cities across the country. Protesters lit fires on main roads and blocked highways, while banks, schools and universities closed. Normal life was put on hold. A new revolutionary reality dawned: “We are the popular revolution,” the protestors chanted.

The government was quick to make concessions. The WhatsApp tax was scrapped. Four ministers resigned and the Cabinet approved a budget without any new taxes, yet the protests raged on.

In order to find some way out of this political deadlock, the main Lebanese sects held talks before nominating a new Prime Minister — Lebanese business tycoon Mohammad Safadi (he previously held ministerial posts). However, the leaders of the popular movement (this is how the protesters refer to themselves) said that they would not accept this candidate, and he officially withdrew his candidacy.

Most of the protests have been peaceful up to this point, but some are beginning to say that if the authorities do not start listening to what the protesters are saying, the youth may turn to violence.

The Lebanese popular movement is becoming more aware of its own strength. Not only did the protesters bring about government resignations, they essentially vetoed a new Prime Minister. Early parliamentary election slogans are being put forward that increasingly call for the elections to be held on the basis of a new more secular law, rather than being sect-based.

Some Lebanese analysts have concluded that a new Lebanese society is emerging, which no longer wants to live according to the old laws of division along secular lines. The rebels believe that the old corrupt politicians should be ousted, and should be replaced by people who reflect the interests of all Lebanese people.

According to famous American-Serbian economist Branko Milanović, the current turmoil in the Middle East – in Lebanon, Iraq and Algeria — is primarily the result of growing inequality and social stratification.

Some Beirut analysts have argued that Washington has been encouraging the ongoing popular protests in Lebanon and Iraq, and the Americans would go to all sorts of lengths to see this discontent spill over into Iran, as they believe that Iran’s influence in the Middle East has grown too strong.

Given that there are many Lebanese citizens living and working abroad in the Gulf states and in other Arab countries, the situation in Lebanon is likely to have an influence on events unfolding throughout the Arab World.

The consequences of events currently taking place in Lebanon will become clear in the coming days. Developments in this small country could offer an indication of the many socio-economic and political changes about to transform this part of the world. 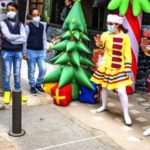 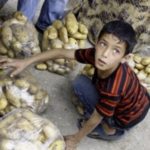 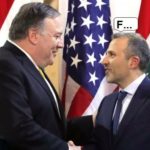 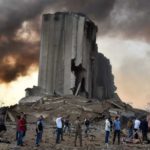 A New Message Resounds in the Arab World: Get Ankara
Opinion
Lebanon