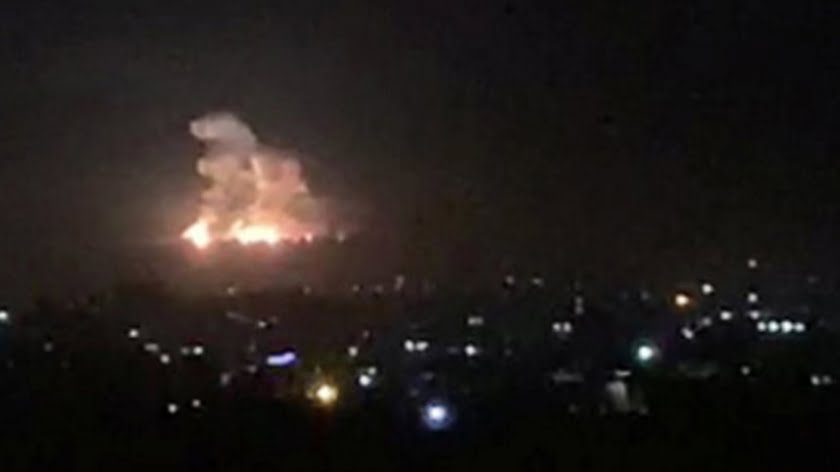 The Israeli Air Force carried out a major assault on Syria in the early morning hours Wednesday, striking more than 20 targets on the outskirts of Damascus and leaving at least 23 people dead.

Those killed in the air raids reportedly included Syrian government soldiers, allied militiamen and members of the Iranian Quds Force advisory mission sent to assist the government of President Bashar al-Assad in its eight-year-long war against Western-backed Islamist militias.

At least two civilians were killed in the attacks—a tailor, Hayoub Safad, and his wife—when an Israeli missile destroyed their home. Several other civilians were wounded by shrapnel, including a young girl, whose home in the suburb of Qudsaya, west of the Syrian capital, was hit, the Syrian state government news agency SANA reported.

The Israeli government cast the onslaught as retaliation for the firing of four missiles from Syria into the Israeli-occupied Syrian territory of the Golan Heights on Tuesday. Those missiles, however, had themselves been launched in response to an Israeli attack the day before on a convoy of vehicles belonging to a Shia militia aligned with Iran in eastern Syria.

The Israeli aggression in Syria came amid signs of an escalation of the US campaign against Iran, which Washington has targeted as a principal obstacle to its drive to assert unhindered US imperialist hegemony over the oil-rich Middle East.

An aircraft carrier strike group led by the USS Abraham Lincoln sailed through the strategically vital Strait of Hormuz into the Persian Gulf on Tuesday. The 21-mile-wide waterway is almost entirely in Iran’s territorial waters and is a choke point for the transit of one-fifth of the world’s oil trade and one-third of its liquefied natural gas.

A series of recent incidents in close proximity to the Strait, including attacks on tankers as well as the downing of a US drone in June and the ordering of US retaliatory air strikes called off by US President Donald Trump at the last minute, have sharpened tensions in the area. This was followed by devastating strikes on key Saudi Arabian oil facilities in September, for which Yemen’s Houthi rebels claimed responsibility, while Washington blamed them on Tehran.

Trump Tuesday addressed a letter to the US House and Senate informing them—in what passes for compliance with the War Powers Act—that another 3,000 US troops are being sent into Saudi Arabia. The purpose of their deployment, he wrote, is to “assure our partners, deter further Iranian provocative behavior, and bolster regional defensive capabilities.” The troops will remain in Saudi Arabia “as long as their presence is required,” he added. The latest US military deployment in the Middle East is part of a continuous escalation by Washington since last May, when it dispatched an aircraft carrier battle group, an air strike group led by nuclear-capable B-52 bombers and additional US troops to the region, supposedly in response to threats from Iran.

The new deployment is one more exposure of the cynicism of Trump’s demagogic claims to be bringing US troops out of the Middle East and putting an end to Washington’s “endless wars.” His claim last month to be withdrawing US troops from Syria, following his green-lighting of a Turkish invasion aimed at driving the Pentagon’s erstwhile allies in the Syrian Kurdish YPG militia from the Syrian-Turkish border, was reversed following a firestorm of criticism from within the US political establishment—Democratic and Republican alike—as well as the American military command.

Several hundred US troops are now deployed in Syria’s Deir ez-Zor province for the stated purpose of controlling the country’s major oil fields. In addition to preventing the Damascus government from recovering Syria’s oil assets and using them for the reconstruction of a war-decimated country, the deployment is aimed at preventing Iran from consolidating its influence in the region and securing land access through Iraq to both Syria and Lebanon.

Within the context of these escalating military tensions, there is no doubt that the Israeli strikes on Iranian targets inside Syria were carried out in close consultation with the US.

Both Washington and Tel Aviv are no doubt attempting to exploit the increasing crisis confronting Iran as a result of the US “maximum pressure” campaign of unilateral sanctions that amounts to an economic blockade aimed at driving the country’s oil exports down to zero, while denying it access to the world banking system. The Iranian government’s sudden raising of gasoline prices last week led to protests and violent clashes that have reportedly left over 100 dead.

The air strikes were also, however, a manifestation of the deepening crisis within Israel itself. While the Israeli military has carried out hundreds of such attacks in Syria—both to hit targets associated with Iran and to provide support to the Al Qaeda-linked militias—the government has generally declined to confirm or deny responsibility.

This time, however, the attacks were celebrated with an outburst of militarist bluster. Israel’s new and extreme right-wing Defense Minister Naftali Bennett said that the strikes were a message to Iran that “everywhere you send your tentacles, we will lop them off.”

The strikes on Syria come just one week after the Israeli bombing of the Gaza Strip, which began with the targeted assassination of leading member of the Palestinian Islamic Jihad and led to the killing of at least 34 people. An entire family of eight, including five children, ranging from three months to 13 years old, was slaughtered by an Israeli missile. That round of bombings also included a strike on central Damascus in an unsuccessful attempt to kill another Islamic Jihad leader.

Israel’s explosive escalation of military violence is driven in no small part by its unprecedented political crisis, with the failure to form a government apparently leading to a third election in less than one year. Benny Gantz, the former military chief of staff and leader of the Blue and White party, announced on Wednesday that he had been unable to cobble together a coalition with the Likud bloc of Prime Minister Benjamin Netanyahu, who had previously failed to form a government following the elections held in April and September.

Gantz blamed Netanyahu for the impasse, accusing him of “insisting only on the best interest of one person” and using “insults, slanders and childish videos” to sabotage his efforts.

Netanyahu, who faces multiple indictments and possible prison sentences on corruption charges, has insisted that he remain prime minister, as this would preclude his prosecution and give him the power to push for immunity. He has also waged a vicious campaign against any attempt to form a coalition government with the Arab Joint List, a coalition of political parties led by Palestinian citizens of Israel, claiming that it would strengthen “terrorism.”

Mired in political crisis, the Israeli bourgeoisie seeks to deflect the immense social tensions within Israeli society outward, through an explosion of military violence. The same essential conditions exist within the United States itself, which is steadily escalating its war threats in the Middle East.

This poisonous combination of US imperialism’s drive to militarily assert its hegemony over the Middle East and the unrelenting aggression and crisis of its principal regional ally, Israel, threatens to unleash a region-wide war with potentially catastrophic global consequences. 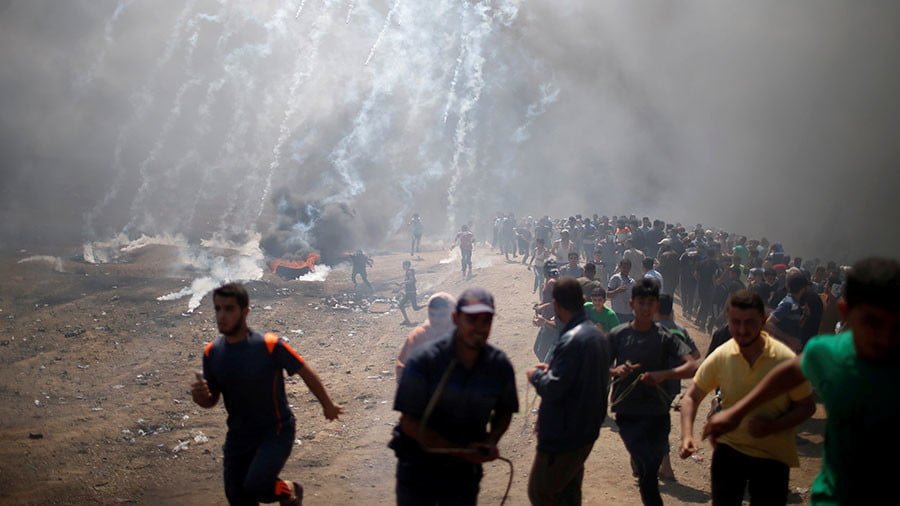 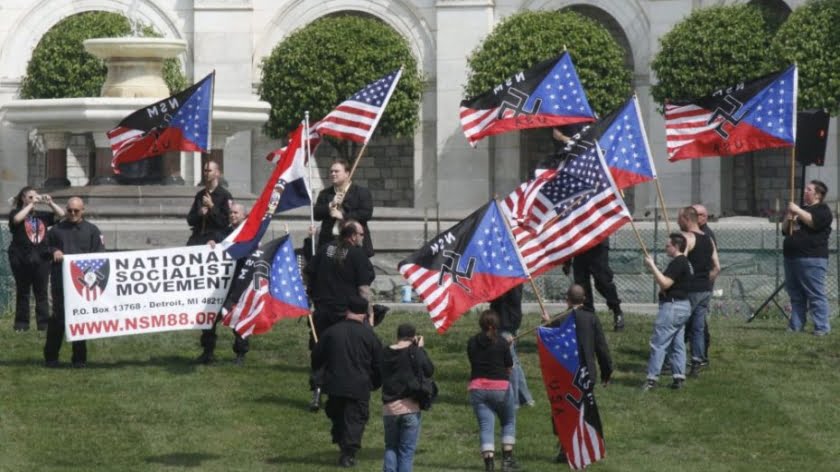 Joe Biden’s attempts to rally the transatlantic alliance have just got a punch in the nose after media reports of American spying on European leaders. President Biden is due to arrive in Europe next week for two major summits with so-called allies. It will be his first in-person meeting with European leaders since becoming president…. 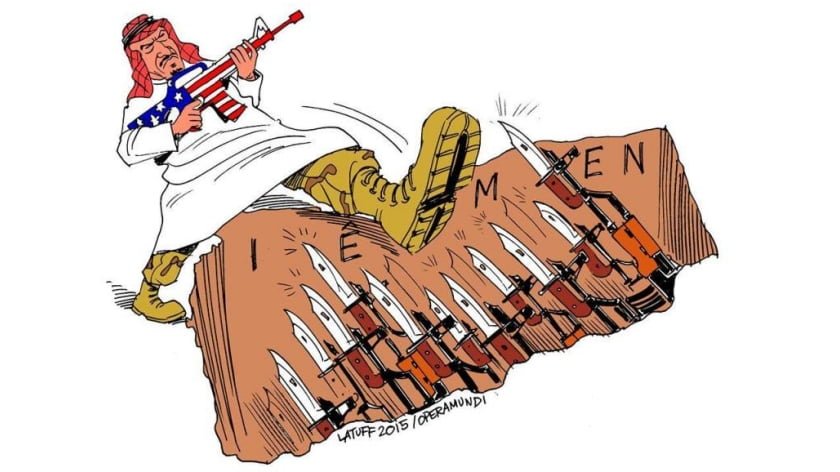 This week marks the fourth year since the beginning of the Saudi coalition’s war on Yemen. In the last four years, the coalition has destroyed much of the country’s infrastructure, devastated its economy, driven millions to the edge of starvation, and killed tens of thousands of Yemenis in its bombing campaign. That entire time, the…