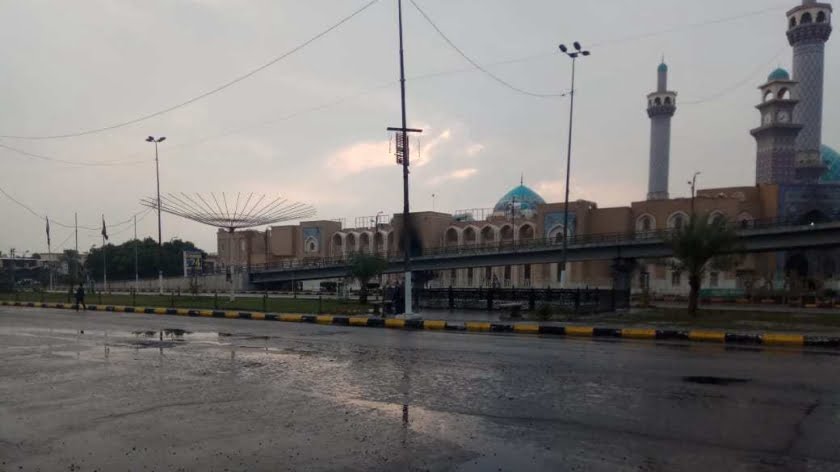 There is little doubt that Sayyed Moqtada al-Sadr controls the streets in Iraq and can make peaceful protests violent when he chooses. Notwithstanding the presence of several smaller players and those genuinely asking for serious reforms, Sayyed Moqtada can move the street in the direction he wants. However, the strategic objectives of Sayyed Moqtada are unknown to all politicians in Iraq, and perhaps outside Mesopotamia as well. Whoever wins a large number of MPs and the largest number of ministers has been always had the capacity to ask for the resignation of the government and its Prime Minister. He was the first to ask, from within the parliament, for Iran to leave Iraq- despite the fact that the “Islamic Republic” has been Moqtada’s best refuge ever since 2005 when he sensed his life was in danger and the US was planning to assassinate him. Sayyed Moqtada is at this moment in Iran, a country he returns to quite frequently. What does Sayyed Moqtada want?

Well-informed sources in Najaf say that those who burned down the Iranian consulate are followers of the current MP Adnan al-Zurfi. Although Al-Zurfi – who was first appointed by Paul Bremer as Najaf governor – denied his involvement. Najaf sources confirm that his followers burned the consulate twice in Najaf and proceeded to the shrine of Sayyed Mohammad Baqer al-Hakim, at Sahat al-Ishreen square, where they also burned down the library.

Sheikh Jalaleddine al-Sagheer, one of the closest assistants of the late Sayyed Mohammad Baqer, sent his men known as “Saraya al-Aqeeda” to protect the shrine, known as “Shaheed al-Mihrab”. Sayyed al-Hakim was assassinated in 2003 along with 75 others by a car bomb stationed outside the Imam Ali shrine by Mohammad Yassin Jarrad, the brother-in-law of Abu Musab al-Zarqawi. Sayyed Moqtada’s supporters present in the streets refused to protect the shrine. The antagonism reflects an old feud between the al-Sadr and al-Hakim families in Najaf.

Not only is there little link between the library of the shrine and the protestors demands to reform the governance system and fight political corruption, but young protestors who dominated the streets of Najaf were evidently unaware that the late Sayyed Mohammad Baqer was the uncle and not the father of Sayyed Ammar al-Hakim.

There is no doubt that Sayyed Moqtada is capable of holding the protestors back. He and his men will not hesitate to engage a Shia-Shia battle, well aware that other Shia groups are not ready for such a battle. Indeed, in 2005, Sayyed Moqtada burned over 100 offices and institutions belonging to Majlis al-A’la and BADR all over southern Iraq, following an attack on his father’s office in Najaf. In 2016, Moqtada’s men burned down many offices belonging to several political and military Shia groups, including Hashd al-Shaabi offices, knowing there would be no reaction from the other side, even if they had superiority in firepower over Moqtada’s men.

Sayyed Moqtada confronted US and Iraqi armies in Najaf in 2004 following his occupation of the holy city. He left, along with his lieutenants and what remained of his men, following the intervention of the Grand Ayatollah Sayyed Ali Sistani.

Sayyed Moqtada relies on his father’s reputation and the human assets he has inherited. He also relies on the restraint of other Shia groups and their unwillingness to engage in any inter-Shia conflict.

He is often wrongly cited as a king maker, even if he is not capable of selecting a Prime Minister, a President or a Speaker without the agreement of other major Shia and non-Shia groups. Other groups likewise cannot select top leaders without coordinating with Sayyed Moqtada. It goes both ways. So far, Sayyed Moqtada has enjoyed the support of a large group of MPs within the Parliament. The forthcoming election may bring surprises to all main political parties, including the Sadrists.

Moqtada never passes up an opportunity to show his determination in protecting what he believes are his achievements. Over a year ago, during the last elections, the High Commission of the election in Iraq declared that over 12 MPs had won illegally, and sought a re-count. During the night, the offices of the High Commission containing all ballots were burned down. The commission then declared that it had records of all papers on electronic servers. That same day, the offices containing the servers were also burned. The results could not be altered and Sayyed Moqtada kept his 53 MPs, the largest group within the Parliament.

During Sayyed Moqtada’s last visit to Iran four months ago, he declared to the media his intention to remove Prime Minister Adel Abdil Mahdi from power. The Iranians asked him to remain silent or leave so that it would not appear that his decision was in harmony with Iran’s wishes. Sayyed Moqtada choose the latter course and left the country.

Nevertheless, Iraqi political leaders consider Moqtada’s presence in Iran less problematic for Iraq than his presence in Mesopotamia. Moqtada is today back in Iran. His presence in Iran represents a source of security to the Sadrist leader, accused of the killing of Wissam al El’yawi and his brother Issam, the commander of the pro-Iranian AsaebAhlal-haq whose tribe has sworn vengeance.

Sayyed Moqtada doesn’t want any role in the forthcoming election of the new Prime Minister. Instead he will likely call for the prime minister’s resignation a couple of months after he takes office, his usual practice. The political parties will force the Sadrist leader to participate in the choice of the new PM and share responsibility with the major political parties, called “whales”, widely accused of corruption.

Moqtada denied his responsibility for the burning down of the Iranian consulate in Najaf saying “I refuse to attack diplomatic missions. I even did not attack the US embassy because diplomats are our guests”.

Al-Sadr said he was giving the government “one year to reform the system and fight corruption”.But after only a few months of Abdel Mahdi in power, he asked his people to demonstrate in Baghdad and pushed them towards the “green zone”, Moqtada’s favourite place for demonstrations. He is a master of the streets but doesn’t have political plans or strategic objectives. He represents the opposition in a parliament, and a cabinet where he has the majority.

Sayyed Moqtada confronted the Marjaiya in Najaf – aware of how the Sadrist leader behaves with leaders in power when he has contributed in their election – by practically rejecting a private demand of the Grand Ayatollah at the beginning of the year to allow PM Abdel Mahdi to work without calling for his resignation. Sayyed Sistani recently criticised Moqtada, without naming him, and other political parties who refused to collaborate with Abdel Mahdi to facilitate fast reforms.

Sayyed Moqtada is not the only one who lacks statesmanlike qualities. Most Iraqi political leaders show little self-control and few achievements. This is why Grand Ayatollah Sayyed Sistani has the power he has. But what will happen when the elderly leader is no longer on the scene? What will become of Iraq?

Iraq is one of the most important countries in the Middle East with very rich resources. Terrorism is still present and the US-Israeli plan to partition is still on the table whenever the opportunity presents itself. The inhabitants and leaders of Mesopotamia, who are doing very little to achieve stability in their country, should remember the long-term goals of Iraq’s enemies and, instead, work on smoothing their internal differences.