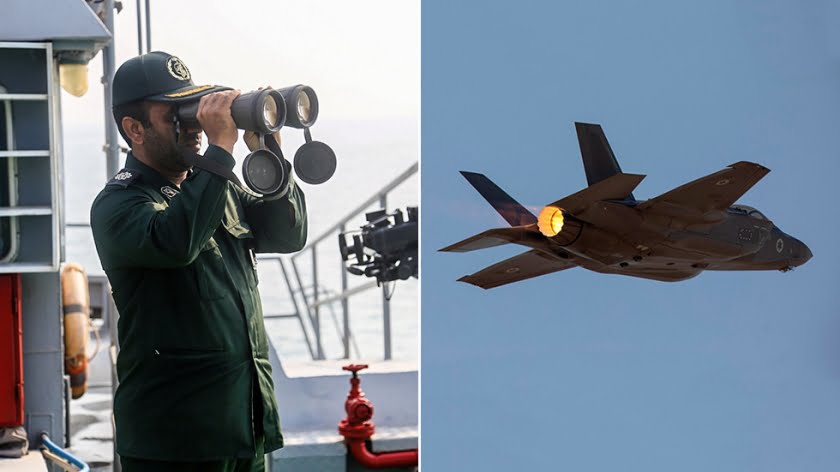 While much of the international and domestic US media focuses on the Trump impeachment scandal, there are many signs that a major conflict could break out in the Middle East. Will Christmas go off with a monumental bang?

Iran can move in and out of the media focus as other stories and scandals begin to steal the spotlight, but in the background the pressure being mounted against Tehran is heating up on multiple fronts.

For example, the US recently rolled out a fresh load of sanctions against Iranian companies, including its largest airline, accusing it of “weapons of mass destruction proliferation,” as well as the transportation of lethal aid to Yemen. The move seems to be squeezing Iran’s economy ever closer to a total state of collapse, as the airline will likely be prohibited from using airports in countries fearful of facing the wrath of the Trump administration.

Congress is also set to pass a bill introduced three years ago which would provide for US sanctions against “the Syrian regime, Russia and Iran for past and ongoing war crimes” allegedly committed in the Syrian war. Despite the allegations that Trump is a Russian stooge elected to serve Vladimir Putin, reports say that the Trump administration supports the bill and is likely to enforce it (unlike the Obama administration).

While the US has proven somewhat reluctant to directly strike Iran or its forces, there is another power in the Middle East that appears to be increasingly willing and able to do so on Washington’s behalf: Israel.

Just last month, Israel made a rare admission that its military had carried out a “very intense” attack against Iranian forces and Syrian Army targets in Syria, killing at least 21 fighters and two civilians in the process.Earlier, the IDF destroyed a weapons depot for Iranian-backed forces in Iraq and allegedly undertook drone strikes on Hezbollah positions in Lebanon.

Israeli Prime Minister Benjamin Netanyahu has also accused Iran of planning to attack Israel, vowing to do everything possible to prevent that from happening. Of course, it is convenient for a leader struggling to retain his leadership to formulate a scapegoat from which the rest of the country needs you to protect it.

I also can’t help but notice the amount of meetings between US officials and Israeli officials, particularly where Iran appears to be the major theme. At the time of Netanyahu’s most recent warning, US General Mark Milley, chairman of the Joint Chiefs of Staff, had visited Israel to meet his Israeli counterpart, Aviv Kohavi, to discuss “operational questions and regional developments.” A week prior, the US Air Force chief of staff also visited Israel to participate in the Blue Flag joint military exercise. Not long before that, the commander of the American military forces in the Middle East arrived in Israel for meetings with top IDF officials.

Furthermore, Trump and his Israeli counterpart held a phone call which focused squarely on Iran. Netanyahu asked Trump to continue ramping up pressure on Iran following the recent protests which rocked the Islamic Republic, seen by Israel as a major opportunity (which makes sense when you consider Israel’s recent military activity against Iranian-aligned forces).

And the warnings continue. Israel has just stated that Iran will face its “own Vietnam in Syria” and vowed to prevent Tehran from cementing itself in the war-torn country, threatening it with pre-emptive action

Iran has likewise responded with threats of its own, namely that it will flatten Tel Aviv by launching a barrage of rockets from Lebanon. Fox News released a report arguing that Iran has begun building tunnels in Syria near the Iraqi border, which is sure to further irk Israel (if the allegations are true, that is).

Of course, one should bear in mind that just last month, Israeli Attorney General Avichai Mandelblit announced he had charged Netanyahu with bribery, fraud and breach of trust. At the end of the day, Netanyahu’s statements and Israeli military activity could purely be an attempt for Bibi to posture himself domestically and flex his muscles internationally in the face of a damning investigation against his seemingly corrupt practices. If this is the case, the threat of a war with Iran is merely a distraction.

Furthermore, in 2017 a top Israeli general tasked with writing his country’s new defense policy said Israel could not fight Iran alone and stated this was a “fact of life.” According to a new Pentagon Iran Military Power Report published at the end of November, Iran has become a significant military player in the region. The report alleges that Iran has focused on three broad areas of activity to enable its current capabilities, being its ballistic missiles, naval forces and its use of proxy forces in places such as Lebanon and Iraq. This report only further supports the idea that Israel could not fight a direct war with Iran and hope to win without relying on major American assistance.

The problem for Israel is that determining whether or not the US truly wants to find itself in this position is really not as clear-cut as one would think. Consider, for example, this paragraph from a recent Haaretz article: “US policy in the Middle East under Trump continues to be confusing, unstable and impossible to predict… These constant changes create a continuing challenge for Middle East governments, including Israel, as they try to understand in which direction the administration is heading.”

Then again, one senior intelligence expert recently told the Hill that if Iran is about to become a nuclear power, Israel will act unilaterally. At the end of the day, this cannot be ruled out (and could ultimately force the US to fight a major war out of necessity).

Whether you believe a war is likely or not, or that the US should do more to counter Iran, the fact that the Trump administration is punishing Tehran as much as possible cannot be denied. As one Israeli official put, right now, “it feels like every week the Americans hit Iran with a new hammer.” Allegations from the corporate media that the US is hanging Israel out to dry while failing to apply its “maximum pressure” campaign on Iran are fancifully untrue.

Most importantly, the recent announcement of a joint naval drill between Iran, China and Russia only appears to confirm my initial suspicions that any war involving Iran will be ultimately catastrophic and irreparably change the world as we currently know it. 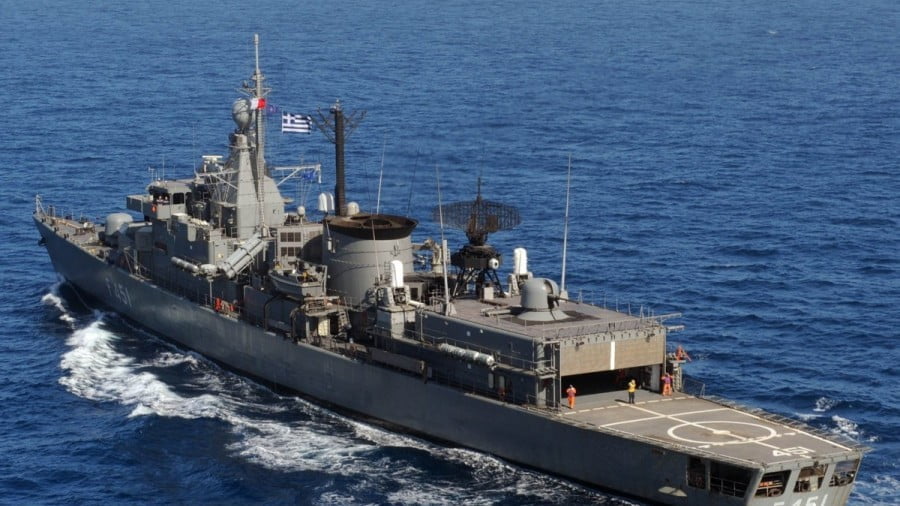 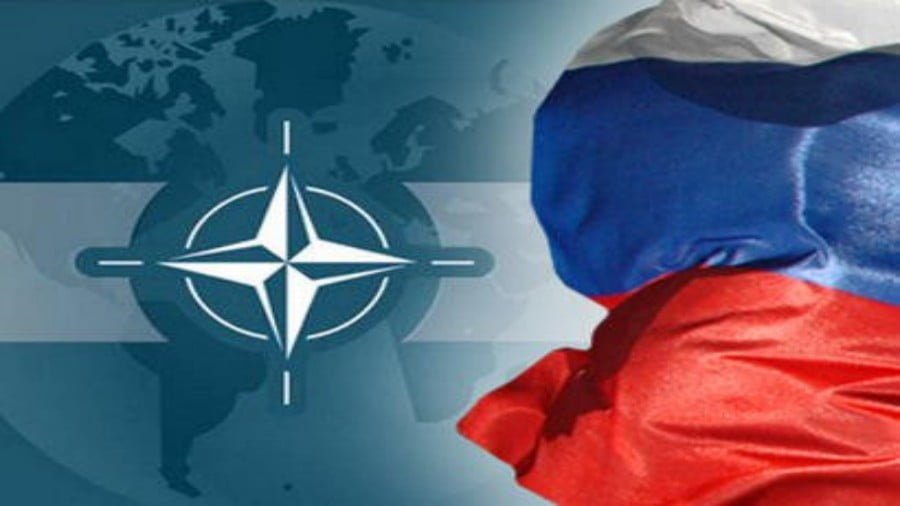 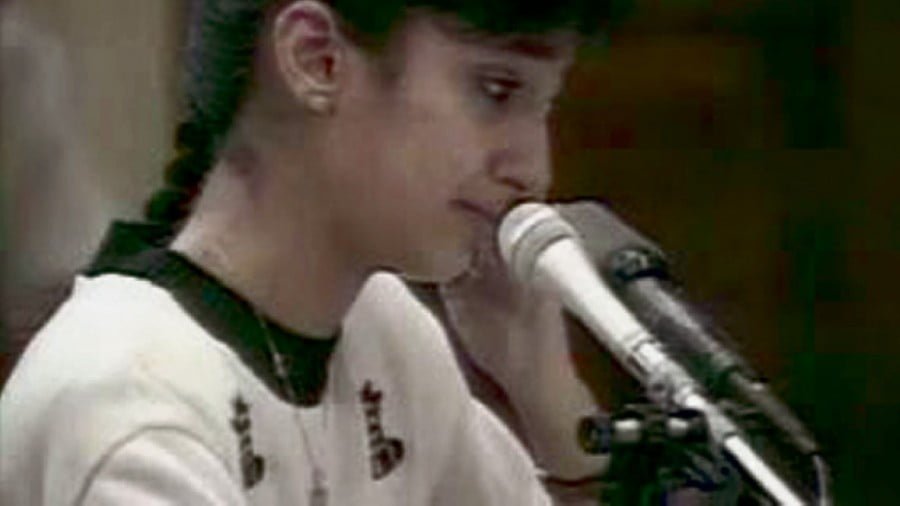