NATO Will Remain Brain Dead & Divided Until 2021 at the Earliest

The North Atlantic Treaty Organization is both brain dead and divided as it holds latest annual meeting in London, with nothing but uncertainty surrounding its future and many questioning whether it can even remain functional in its present form.

This year’s annual NATO meeting is being held in London from 3-4 December, during which time the bloc’s 29 members will discuss French President Macron’s provocative quip last month that the organization is “brain dead” and attempt to find a united way forward to surmount its current divisions. The backdrop against which this summit is taking place is one of uncertainty surrounding the organization’s future and many questioning whether it can even remain functional in its present form. The reasons for this existential crisis are many, but can be simplified as Trump’s demand that all member states finally pay the 2% of their GDP on defense that they’d mandated to, Turkey’s “autonomous” actions in Syria, some Central & Eastern European members’ supposed concerns about Russia, and France’s desire to present itself as the visionary of both an EU Army and a reformed NATO. Add to that the heavy American pressure being put upon the bloc’s members to curtail their economic relations with China and it’s clear that NATO is at a crossroads like never before.

What’s sorely lacking is a sense of purpose in the midst of the ongoing global systemic transition between the unipolar and multipolar world orders wherein a multitude of non-traditional threats have presented themselves, ranging from terrorism to environmental catastrophes and suspicions about some foreign investments having ulterior security-centric motives. Although the US is by and far the most powerful political, military, and economic country in NATO, it’s been unable to control the naturally occurring centrifugal forces that are threatening to tear the organization apart. Simply put, the bloc has expanded so fast in such little time during such a transformational period in International Relations that not even the overbearing pressure put upon its members by the US can suffice to keep everything working efficiently, let alone towards the same common goal after its raison d’etre disappeared in 1991. There are just too many different interests lumped together in the same organization that it’s impossible for them all to find a common ground at the moment.

Some members like Turkey pursue their own interests in third states like Syria despite their modus operandi of cooperating real closely with the same successor state that NATO was created to contain contradicting the spirit of the bloc (much to the consternation of other members in Central & Eastern Europe which still regard Russia as a so-called “threat”), while others such as Germany are close economic partners with the US’ chief Chinese rival even though this growing relationship certainly makes many in Washington wonder what Berlin’s long-term strategic intentions really are. Some countries like Norway welcome all civilizationally dissimilar migrants that arrive at their borders (especially those from war-torn and economically depressed regions) and could care less whether they assimilate and integrate into society even though there’s an unmistakable correlation between this policy and unconventional security threats, whereas others like Poland won’t let a single one of those individuals set foot within their territory under any circumstances even if it means being sanctioned.

NATO itself isn’t even united over whether or not it should continue expanding to include new members such as (“North”) Macedonia and Albania, to say nothing of which geographic focus should be prioritized (Arctic, Russia, Mideast, or North Africa). Despite Trump being the ultimate disruptor attempting to reshape the organization according to country’s vision (or more specifically, the vision of the “deep state” faction that he represents), it’s not even assured that he’ll be re-elected next year, which discourages any decisive action during this year’s summit out of fear that it could all be for naught and easily reversed if he loses in less than 12 month’s time. That said, there’s never been a more pressing time for NATO to reconsider its purpose, which explains why it’s in such a dilemma at the moment. The only thing that its members can probably agree upon is that the status quo is insufficient for meeting the organization’s needs as a whole, though that leads to the question of what exactly those needs are and whether member states should sacrifice their national ones for the bloc’s.

There’s no doubt that Trump will continue to pressure his counterparts into complying with America’s strategic will, which envisages them all eventually paying their 2% of GDP towards defense together with simultaneously pushing outwards across every geographic vector (Arctic, Russia, Mideast, North Africa, and outer space), strengthening internal security against what Washington regards as the most pressing unconventional threats (terrorism and Chinese investments), and expanding its presence in non-traditional domains such as the Afro-Asian (“Indian”) and Pacific Oceans through so-called “Freedom Of Navigation Patrols” (FONOP) indirectly designed to “contain” China. He might gain symbolic support for some of his “milder” and euphemistic platitudes about these topics and possibly even come away with a superficial victory of agreement on some symbolic measure or another, but the deck’s stacked against him since nobody is certain whether he’ll win re-election next year or not. For these reasons, NATO will likely remain brain dead and divided until 2021 at the earliest. 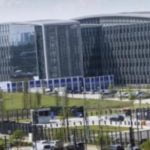