Starting from the presidency of George W. Bush to that of Trump, the U.S. has made some missteps that not only reduce its influence in strategic regions of the world but also its ability to project power and thus impose its will on those unwilling to genuflect appropriately.

Some examples from the recent past will suffice to show how a series of strategic errors have only accelerated the U.S.’s hegemonic decline.

The decision to invade Afghanistan following the events of September 11, 2001, while declaring an “axis of evil” to be confronted that included nuclear-armed North Korea and budding regional hegemon Iran, can be said to be the reason for many of the most significant strategic problems besetting the U.S..

The U.S. often prefers to disguise its medium- to long-term objectives by focusing on supposedly more immediate and short-term threats. Thus, the U.S.’s withdrawal from the Anti-Ballistic Missile Treaty (ABM Treaty) and its deployment of the Aegis Combat System (both sea- and land-based) as part of the NATO missile defense system, was explained as being for the purposes of defending European allies from the threat of Iranian ballistic missiles. This argument held little water as the Iranians had neither the capability nor intent to launch such missiles.

As was immediately clear to most independent analysts as well as to President Putin, the deployment of such offensive systems are only for the purposes of nullifying the Russian Federation’s nuclear-deterrence capability. Obama and Trump faithfully followed in the steps of George W. Bush in placing ABM systems on Russia’s borders, including in Romania and Poland.

Following from Trump’s momentous decision to withdraw from the Intermediate-Range Nuclear Forces Treaty (INF Treaty), it is also likely that the New START (Strategic Arms Reduction Treaty) will also be abandoned, creating more global insecurity with regard to nuclear proliferation.

Moscow was forced to pull out all stops to develop new weapons that would restore the strategic balance, Putin revealing to the world in a speech in 2018 the introduction of hypersonic weapons and other technological breakthroughs that would serve to disabuse Washington of its first-strike fantasies.

Even as Washington’s propaganda refuses to acknowledge the tectonic shifts on the global chessboard occasioned by these technological breakthroughs, sober military assessments acknowledge that the game has fundamentally changed.

There is no defense against such Russian systems as the Avangard hypersonic glide vehicle, which serves to restore the deterrence doctrine of mutually assured destruction (MAD), which in turn serves to ensure that nuclear weapons can never be employed so long as this “balance of terror” exists. Moscow is thus able to ensure peace through strength by showing that it is capable of inflicting a devastating second strike with regard regard for Washington’s vaunted ABM systems.

In addition to ensuring its nuclear second-strike capability, Russia has been forced to develop the most advanced ABM system in the world to fend off Washington’s aggression. This ABM system is integrated into a defensive network that includes the Pantsir, Tor, Buk, S-400 and shortly the devastating S-500 and A-235 missile systems. This combined system is designed to intercept ICBMs as well as any future U.S. hypersonic weapons

The wars of aggression prosecuted by George W. Bush, Obama and Trump have only ended up leaving the U.S. in a position of nuclear inferiority vis-a-vis Russia and China. Moscow has obviously shared some of its technological innovations with its strategic partner, allowing Beijing to also have hypersonic weapons together with ABM systems like the Russian S-400.

In addition to the continued economic and military pressure placed on Iran, one of the most immediate consequences of the U.S. withdrawal from the Joint Comprehensive Plan of Action (JCPOA, better known as the Iran nuclear deal) has been Tehran being forced to examine all options. Although the country’s leaders and political figures have always claimed that they do not want to develop a nuclear weapon, stating that it is prohibited by Islamic law, I should think that their best course of action would be to follow Pyongyang’s example and acquire a nuclear deterrent to protect themselves from U.S. aggression.

While this suggestion of mine may not correspond with the intentions of leaders of the Islamic Republic of Iran, the protection North Korea enjoys from U.S. aggression as a result of its deterrence capacity may oblige the Iranian leadership to carefully consider the pros and cons of following suit, perhaps choosing to adopt the Israeli stance of nuclear ambiguity or nuclear opacity, where the possession of nuclear weapons is neither confirmed nor denied. While a world free of nuclear weapons would be ideal, their deterrence value cannot be denied, as North Korea’s experience attests.

While Iran does not want war, any pursuit of a nuclear arsenal may guarantee a conflagration in the Middle East. But I have long maintained that the risk of a nuclear war (once nuclear weapons have been acquired) does not exist, with them having a stabilizing rather than destabilizing effect, particularly in a multipolar environment.

Once again, Washington has ended up shooting itself in the foot by inadvertently encouraging one of its geopolitical opponents to behave in the opposite manner intended. Instead of stopping nuclear proliferation in the region, the U.S., by scuppering of the JCPOA, has only encouraged the prospect of nuclear proliferation.

Trump’s short-sightedness in withdrawing from the JCPOA is reminiscent of George W. Bush’s withdrawal from the ABM Treaty. By triggering necessary responses from Moscow and Tehran, Washington’s actions have only ended up leaving it at a disadvantage in certain critical areas relative to its competitors.

The death of Soleimani punctures the myth of the U.S. invincibility

I wrote a couple of articles in the wake of General Soleimani’s death that examined the incident and then considered the profound ramifications of the event in the region.

What seems evident is that Washington appears incapable of appreciating the consequences of its reckless actions. Killing Soleimani was bound to invite an Iranian response; and even if we assume that Trump was not looking for war (I explained why some months ago), it was obvious to any observer that there would be a response from Iran to the U.S.’s terrorist actions.

The response came a few nights later where, for the first time since the Second World War, a U.S. military base was subjected to a rain of missiles (22 missiles each with a 700kg payload). Tehran thereby showed that it possessed the necessary technical, operational and strategic means to obliterate thousands of U.S. and allied personnel within the space of a few minutes if it so wished, with the U.S. would be powerless to stop it.

U.S. Patriot air-defense systems yet again failed to do their job, reprising their failure to defend Saudi oil and gas facilities against a missile attack conducted by Houthis a few months ago.

We thus have confirmation, within the space of a few months, of the inability of the U.S. to protect its troops or allies from Houthi, Hezbollah and Iranian missiles. Trump and his generals would have been reluctant to respond to the Iranian missile attack knowing that any Iranian response would bring about uncontrollable regional conflagration that would devastate U.S. bases as well as oil infrastructure and such cities of U.S. allies as Tel Aviv, Haifa and Dubai.

After demonstrating to the world that U.S. allies in the region are defenseless against missile attacks from even the likes of the Houthis, Iran drove home the point by conducting surgical strikes on two U.S. bases that only highlights the disconnect between the perception of U.S. military invincibility and the reality that would come in the form of a multilayered missile conflict.

Washington’s diplomatic and military decisions in recent years have only brought about a world world that is more hostile to Washington and less inclined to accept its diktats, often being driven instead to acquire the military means to counter Washington’s bullying. Even as the U.S. remains the paramount military power, its ineptitude has resulted in Russia and China surpassing it in some critical areas, such that the U.S. has no chance of defending itself against a nuclear second strike, with even Iran having the means to successfully retaliate against the U.S. in the region.

As I continue to say, Washington’s power largely rests on perception management helped by the make-believe world of Hollywood. The recent missile attacks by Houthis on Saudi Arabia’s oil facilities and the Iranian missile attack a few days ago on U.S. military bases in Iraq (none of which were intercepted) are like Toto drawing back the curtain to reveal Washington’s military vulnerability. No amount of entreaties by Washington to pay no attention to the man behind the curtain will help.

The more aggressive the U.S. becomes, the more it reveals its tactical, operational and strategic limits, which in turn only serves to accelerate its loss of hegemony.

If the U.S. could deliver a nuclear first strike without having to worry about a retaliatory second strike thanks to its ABM systems, then its quest for perpetual unipolarity could possibly be realistic. But Washington’s peer competitors have shown that they have the means to defend themselves against a nuclear first strike by being able to deliver an unstoppable second strike, thereby communicating that the doctrine of mutually assured destruction (MAD) is here to stay. With that, Washington’s efforts to maintain its status as uncontested global hegemon are futile.

In a region vital to U.S. interests, Washington does not have the operational capacity to stand in the way of Syria’s liberation. When it has attempted to directly impose its will militarily, it has seen as many as 80% of its cruise missiles knocked down or deflected, once again highlighting the divergence between Washington’s Hollywood propaganda and the harsh military reality.

The actions of George W. Bush, Obama and Trump have only served to inadvertently accelerate the world’s transition away from a unipolar world to a multipolar one. As Trump follows in the steps of his predecessors by being aggressive towards Iran, he only serves to weaken the U.S. global position and strengthen that of his opponents.

Donald Trump has just sent a dirty message to the president of Turkey. Why? What is the objective behind Trump’s statement? While Turkey is officially a member of NATO as well as a firm ally of the US, president Recep Tayyip Erdoğan has been developing “friendly relations” with two of America’s staunchest enemies, namely Iran and… 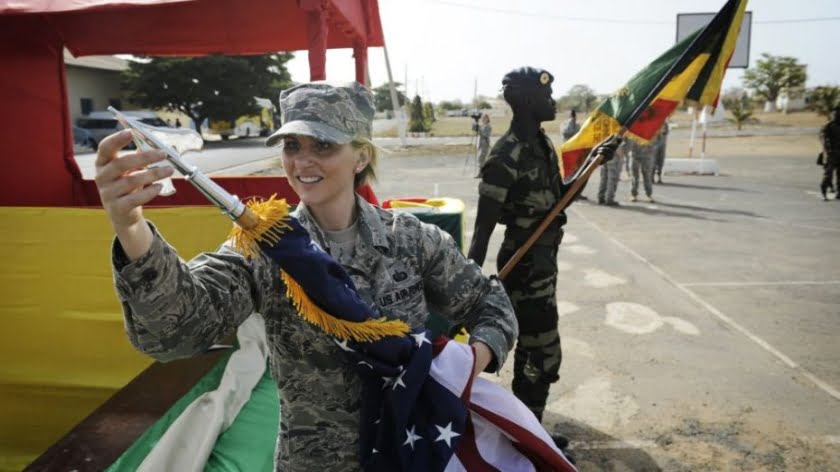 Although Donald Trump can barely place a single country in Africa, his few utterances on the continent have yielded what can only be described as a nostalgia for the 1960s. It was a decade that saw three white minority-ruled governments ruling in South Africa, Rhodesia, and the South African territory of South-West Africa. All three… 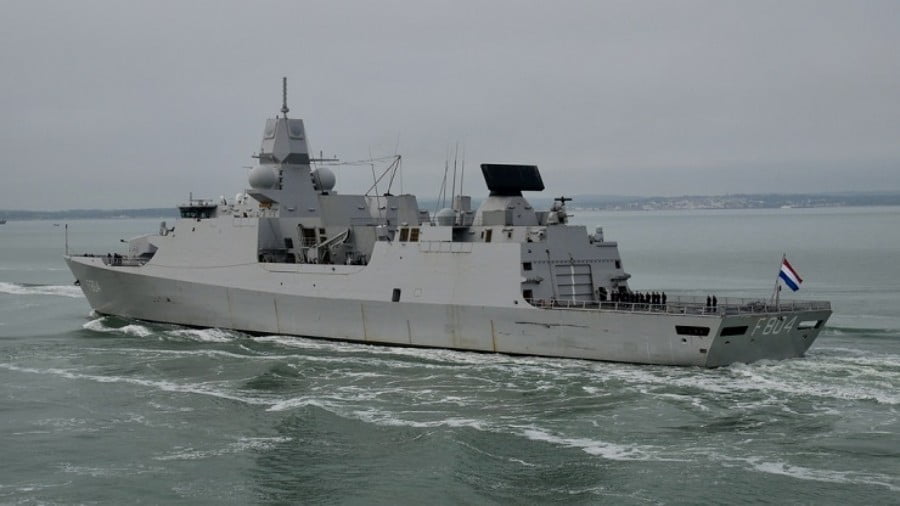 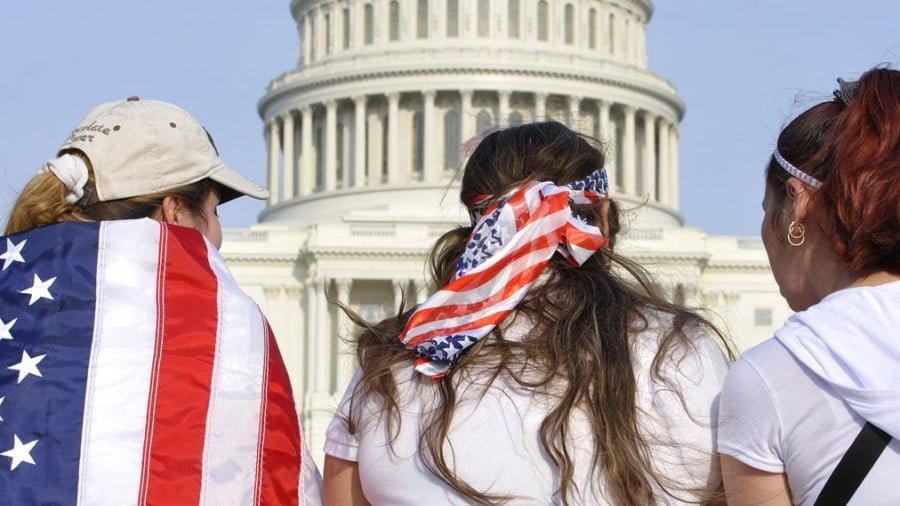 In this column I am going to use three of the current top news stories to illustrate the disconnect that is everywhere in the Western mind. Let us begin with the family separation issue. The separation of children from immigrant/refugee/asylum parents has caused such public outcry that President Trump has backed off his policy and…

What a scary week in the Mideast. The epicenter of the world’s energy resources and the land-bridge between Asia and Africa is spinning out of control as the danger of a shooting war between the US and Russia grows daily. A US F-18 warplane shot down a Syrian Air Force SU-22 ground attack aircraft over…