In modern capitalism, governments routinely borrow money. They do this to finance budget deficits that occur when governments raise less in taxes than they spend. Governments also borrow to invest in long-term projects of economic development. The swindling occurs when the lenders and borrowers—usually private financiers and career politicians—negotiate loans that serve their own particular interests at the expense of the taxpayers who eventually cover the costs of repaying the government’s loans plus interest on them.

If governments raised enough taxes to cover their desired levels of spending, they would not need to borrow. Taxes imposed on the wealthiest corporations and individuals would be the most equitable strategy. The corporate wealthy protest, of course, threatening that if taxed, they might reduce their contributions to the economy (investing less, etc.). Most government politicians sympathize with those protests. Many come from the ranks of the wealthiest corporations and individuals (or aspire to join them). They share similar ideologies and depend on campaign donations from them. Compliant politicians typically exaggerate the negative aspects of taxing corporations and the rich. They rarely compare them to the negative effects of the alternatives: taxing middle and lower income people more or cutting government spending.

Government borrowing to cover budget deficits has its own negative effects on the economy. Many variables influence the impacts of taxes and deficit borrowing. Because those variables’ effects cannot be known or measured for years into the future, no one can know which is better or worse for the economy in the long run. When the corporate rich and their political allies stress the negative effects of taxes on the rich they usually carefully neglect the other side of the story as when advertisers mention only the positive side of whatever they are paid to promote. Their goals are simply more profits and less taxes.

The class swindle embedded in government borrowing is the none-too-subtle mechanism whereby the richest sectors of modern capitalism avoid or replace taxes levied on them with interest-bearing loans to the same government.

The class swindle goes deeper than one-sided untruths about taxes. This becomes clear when we identify who lends to borrowing governments. Banks, big corporations, the 5% wealthiest individuals and other governments are the chief lenders. They are the same economic groups (excepting foreign governments) that press for and get tax cuts such as the Trump/GOP tax reduction of December 2017. That particular tax cut increased the federal budget deficit to over $ 1 trillion in 2019. The same politicians who facilitate tax reductions for banks, big corporations, and the wealthiest individuals likewise then facilitate government borrowing money from them.

The class swindle embedded in government borrowing is the none-too-subtle mechanism whereby the richest sectors of modern capitalism avoid or replace taxes levied on them with interest-bearing loans to the same government. What a deal for the rich who thus exchange taxes (assets lost) for loans (assets and income gained)! And what a deal for their political servants: leaders who can spend more to buy votes and secure donations without having to tax anybody because they can borrow instead. And by the time the mass of taxpayers watching all this grasps the swindle perpetrated on them, those leaders have moved up their political ladders. Their replacements will then respond to popular anger by ostentatiously raising taxes less or maybe even cutting them in favor of, yet again, borrowing. As this can gets kicked down the road, its explosive potential builds.

Deficit finance—the polite veneer for this swindle—deepens inequality in the United States and everywhere else it is practiced. It redistributes wealth from the mass of people (taxpayers) to the richest who “save” by means of lower taxes and then “invest” those “savings” in government loans. In transferring money from the many to a few, deficit finance operates like a lottery.

A different but parallel sort of swindle occurs when governments, especially in “emerging economies” (Asia, Africa, Latin America, and so on), borrow from banks and other lenders in the “advanced industrial economies.” Here the perpetrators are, on the one side, bankers and other lenders eager to make profitable loans to foreign governments. On the other side are government politicians eager to borrow. The latters’ eagerness flows from two sources. The first is the need to secure their political careers by funding economic development projects that could not otherwise occur because those politicians fear the electoral results of using taxes to pay for the projects. The second is their ability to divert, legally or otherwise, sizable portions of the loans they procure to finance themselves and their parties in addition to (or even instead of) their development projects.

These lenders and borrowers gather easily in expensive hotels to negotiate wondrous “development loans” nicely serving both their needs. The loans are backed, of course, by the borrowing country’s ability to tax its citizens and/or sell its natural resources and/or sell its government operations to pay off the loans and the interest on them. Given such loans’ high profitability, they can and often do run for years before outraged local citizens revolt and refuse to keep paying. Then the country declares bankruptcy amid threats and lamentations on all sides. Eventually, what remains of the loan is partly or wholly forgiven. No problem: the lenders’ profits were already reaped, the career benefits achieved. Soon the whole process begins again.

The organization and manipulation of government debts (to finance budget deficits and development projects) have been core components of world capitalism’s real history for centuries. The system fosters those swindles. The system also rejects or ignores the critics of those swindles including Modern Monetary Theorists, Marxists, and “populists” of varying persuasions. Change comes when finally the swindle’s critics and its victims merge to end it. 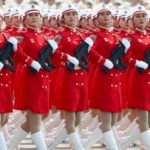 Why is China Painted as ‘Capitalist’ by Western Propaganda?

The Black Death Killed Feudalism. What Does COVID-19 Mean for Capitalism?

US a Washed-up Empire

Towards A New World Order? The Global Debt Crisis and the Privatization of the State
Opinion
CapitalismDebt