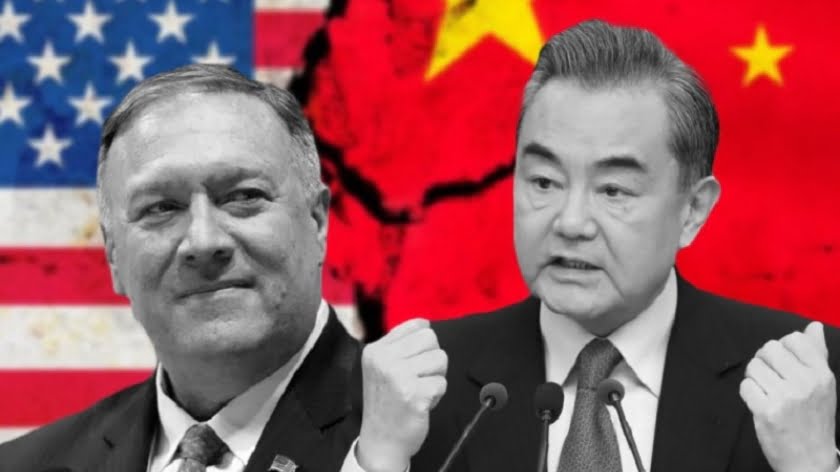 The Chinese Foreign Minister and American Secretary of State shared contrasting visions of International Relations during their keynotes speeches at the Munich Security Conference over the weekend.

Mike Pompeo preached that “the West is winning“, and by the “West”, he elaborated that he means “any nation that adopts a model of respect for individual freedom, free enterprise, national sovereignty.” This outlook divides the world into the West and non-West, into the latter of which he grouped China, Russia, and Iran.

Wang Yi, meanwhile, emphasized the “need to get rid of the division of the East and the West and go beyond the difference between the South and the North, in a bid to build a community with a shared future for mankind.” This perspective is much more inclusive, forward-looking, and non-confrontational, focusing more on improving the standard of living for the world’s people as opposed to playing geopolitical games of the sort that Pompeo is fond of.

The former CIA Director lashed out at China, Russia, and Iran by accusing them of violating the territorial integrity and overall sovereignty of others, specifically accusing China of “encroaching on the exclusive economic zones” of its neighbors, exploiting Huawei as a “Trojan horse for Chinese intelligence”, and “exacting pieces of national infrastructure as payment when countries can’t meet its onerous loan terms.” This unprovoked spree of information attacks was meant to impugn China’s hard-earned international reputation.

It’s therefore not for naught that Mr. Wang told the audience that “All these accusations against China are lies, not based on facts. But if we replace the subject of the lie from China to America, maybe those lies become facts.” Unlike his counterpart, however, he didn’t spent most of his speech attacking others, but instead explained how his country’s envisaged community of shared future could be built upon the core principle of multilateralism, which would ensure development for all and reinforce the rules-based international order.

The Chinese Foreign Minister reassured everyone that “China’s cultural genes do not allow the country to follow an old way of seeking hegemony as major powers in history.” He then suggested that the “West should also discard its subconscious mentality of civilization supremacy, give up its bias and anxiety over China, and accept and welcome the development and revitalization of a country from the East with a system different from that of the West.” This was a very powerful message that stands at odds with Pompeo’s.

The American Secretary of State intended to use his time at the podium to fearmonger about his country’s geopolitical rivals, hoping to scare the Europeans enough that they ultimately change their policies towards them in ways that only serve to benefit the US’ grand strategic interests. That’s why he spent so much time talking about the alleged “threat” that China, Russia, and Iran pose to his definition of the collective “West”. The whole point was to present the US as the only one capable of “defending” its partners from those states.

According to Pompeo, “we’ve pursued the mission of protecting sovereignty in the multilateral context”, but that’s not true. The examples that he listed were the regional regime change coalition against Venezuela, his recent unsuccessful efforts to turn the Central Asian states against China and Russia, and his warnings to the Arctic Council about those two states’ supposedly hostile intentions in the Arctic Ocean. These are all aggressive efforts aimed at creating exclusive blocs for containing the US’ geopolitical rivals.

The true protection of sovereignty in the multilateral context is achieved through the community of shared future that Mr. Wang discussed. It involves full inclusiveness and the treatment of all countries as equal, and it also eschews any unilateral (or superficially multilateral) action aimed against any other country. These are the principles upon which the contemporary international system was established as enshrined in the UN Charter, and it’s that noble world order that China is defending in the face of the US’ incessant attempts to undermine it.