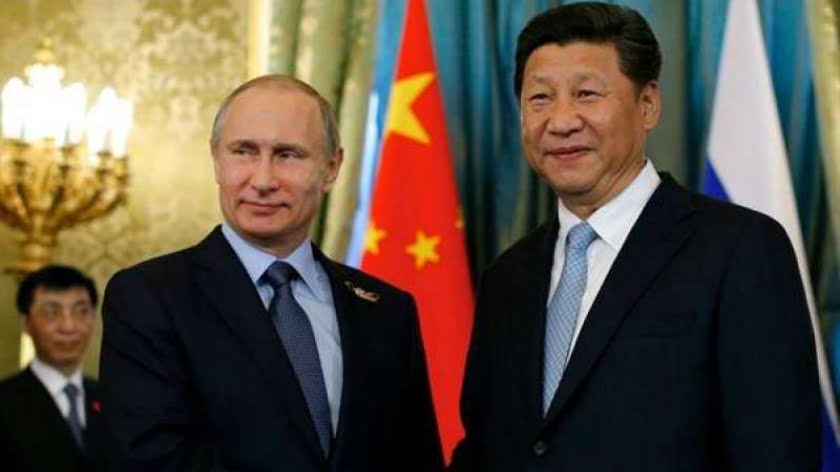 Secretary of State Pompeo boldly declared during his keynote speech at last weekend’s Munich Security Conference that “the West is winning”, which isn’t true at all since it’s actually facing unprecedented challenges from Russia and China, though that also shouldn’t be taken to automatically mean that the West is “losing” either since the outcome of this global struggle has yet to be decided.

Last weekend’s Munich Security Conference was marked by such highlights as Russian Foreign Minister Lavrov warning that “the risks and threats for humankind are as high as they have never been before during the entire post-war period” and his Chinese counterpart condemning the West for “its subconscious mentality of civilization supremacy”, but it was Secretary of State Pompeo’s bold declaration that “the West is winning” that stole the show and got the whole world talking. It seems counterintuitive to remark that the US and its allies are pulling ahead of everyone else when considering the many paradigm changes currently taking place in contemporary International Relations as the world system increasingly becomes multipolar, as this by default reduces the overall influence of the West on global processes when compared to its heyday of unipolar dominance immediately following the end of the Old Cold War. The West therefore clearly isn’t “winning”, but it also isn’t “losing” either. Rather, America’s top diplomat is apparently following the age-old adage that “the best defense is a good offense”, hence why he issued his provocative proclamation in an attempt to strengthen intra-Western solidarity against these emerging systemic challenges to its historic rule.

By the “West”, Pompeo explicitly said that this concept “doesn’t define a space or a piece of real state. It’s any nation – any nation that adopts a model of respect for individual freedom, free enterprise, national sovereignty. They’re part of this idea of the West.” In other words, it’s an ideology by virtue of its description simply as an “idea”, one which takes the form of distinct political and economic systems. According to him, “sovereignty underpins our greatness collectively”, with the US leading the way for the rest of the West. As he put it, “We honor the right of every nation to carry on their affairs as they choose, so long as they don’t try to interfere with our sovereignty or do harm to our friends. Look, we urge other nations to protect human dignity, because we believe in unalienable rights. We support independent nations. Our signature – our signature military project together is a defensive alliance. We respect the rule of law and we honor intellectual property rights. We don’t interfere in other nations’ elections.” These defining features supposedly contrast with the non-Western policies practiced by Russia, China, and Iran, which he later elaborated upon with his characteristic bravado by portraying those three as the greatest threats to the international system.

This is terribly ironic because the US still doesn’t “honor the right of every nation to carry on their affairs as they choose”, with his subsequent quip about “urging other nations to protect human dignity” as America understands it being proof of the hypocrisy behind his words. It’s true that Trump envisages the US’ partners behaving a bit more independently than in times past, but only insofar as their new approach reinforces America’s continued leadership instead of undermining it. For example, it’s much more cost-effective and less risky for the US to assemble a “Lead From Behind” coalition of states to advance shared regional interests instead of the US pursuing its own unilaterally, which entails it bearing the financial and physical burdens of doing so. “Burden sharing”, as the Trump Administration is so fond of talking about, makes complete sense from his country’s perspective, but going beyond that into the realm of independently clinching energy deals with Russia or technology ones with China is absolutely unacceptable for the simple reason that those independent decisions accelerate the erosion of America’s geopolitical control over the collective “West”. It’s for this reason that the US is very selective about the “independent” policies pursued by its partners.

The “signature military project” that Pompeo is so proud of — NATO — no longer has any pretense of being a “defensive alliance” like it was portrayed during the Old Cold War, instead taking on increasingly aggressive responsibilities related to the expansion of its military might along Russia’s western frontier. Furthermore, NATO envisages playing a global role in the Mideast and possibly even the Afro-Pacific (“Indo-Pacific”) in order to “contain” Iran and China respectively just like it’s attempting to do to Russia. His remark about “respecting the rule of law” is also insincere because the US regularly threatens its partners with primary or “secondary” sanctions in the event that they don’t abide by America’s unilateral ones which it has no international legal right to enforce upon others. Nor, for that matter, does the US “honor intellectual property rights”. The Washington Post recently revealed that the CIA was secretly in control of the “Crypto” encryption company for decades, during which time over 120 countries had their secret operations compromised through what the outlet described as “the intelligence coup of the century“. Since many technological breakthroughs usually occur in the military sphere before the private one, it can only be imagined how much the US stole from the world.

As for the claim that the US “doesn’t interfere in other nations’ elections”, a quick review of the CIA’s own public archives reveals that this has been America’s preferred modus operandi for decades. Manipulating the electoral process of other states in order to ensure that leaders amenable to American interests “democratically” obtained or maintained power is a hallmark of that intelligence agency’s activities. It takes a certain type of chutzpah to have formerly served as the Director of the CIA in charge of these ongoing operations yet still keep a straight face while literally lying to the rest of the world in such an unbelievable way by behaving as if the US has never done such a thing in history despite its own declassified documents clearly contradicting this. It can only be out of despair and desperation that anyone would ever undertake such an approach, further confirming the author’s initial observation that it’s reacting defensively by going on the information warfare offensive against its geopolitical rivals. The days of unipolarity are over, but the US still has more power to shape the evolving international system than any other, though not necessarily against the joint (but not always coordinated) efforts of Russia and China.

Faced with this unprecedented strategic challenge, Pompeo believes that it’s best for the US to rally its partners around the “idea” of the “West” by fearmongering about those states which practice completely different political and/or economic policies while misportraying their foreign policies in such a way as to accuse them of the exact same things that the US is guilty of. The purpose in pointing this out isn’t to distract the reader with “whataboutism”, but just to get them to think about Pompeo’s motives for deceiving his audience while making the case that “the West is winning”. It’s not “losing” since the US is still stronger than all of its rivals, but it certainly isn’t “winning” because it wouldn’t have to resort to such desperate infowar measures if it was truly confident that it would indefinitely retain its international position. The best description of the current state of affairs is that the world is indeed in the midst of myriad paradigm changes that are profoundly reshaping the global system, but the US still believes that it can emerge from this indefinite transition as the world’s continued leader. To do that, however, it must absolutely ensure that its “Western” partners aren’t “wooed” by Russia and China to the point where they undertaken decisions that are detrimental to the US’ strategic goals.

The best way to prevent that from happening is to resort to the Old Cold War-like division of the world into the “West” and the non-West, relying on ideological means to differentiate the American-led system from the more inclusive multipolar one that its rivals are jointly striving to build. This policy is primarily pursued for defensive purposes and speaks to just how uncertain the US is about the future of its global leadership, hence why it’s going on the infowar offensive. Just like during the Old Cold War, the nascent New Cold War is increasingly focusing on the importance of perception management techniques for promoting geopolitical objectives. The intended targets are decision makers and regular folks alike, with the former being tasked to reorient their countries towards the US and away from its rivals while the latter are intended to put pressure upon them “from below” (through externally provoked Color Revolutions) if they don’t. For as much as many pundits proclaimed the “end of ideology” after the Old Cold War, they couldn’t have been more wrong since ideology is back with a vengeance in the New Cold War. Its form and substance have changed since then, but nobody should be mistaken into thinking that ideology no longer matters when it clearly does more than ever now.