He had a chance to help effect the changes needed to keep the United States from sinking into political depravity. But he blew that chance.

At the first sign of push back by the intelligence agencies Bernie rolled over like my five pound rat terrier, Ginnie, who’s literally scared of her own shadow.

After more than three years of ridiculous allegations of Russian meddling into the 2016 presidential election the story refuses to die.

The latest iteration is Russia is not only working to get Donald Trump re-elected (along with Facebook CEO Mark Zuckerberg) but backing Bernie as his opponent.

No matter who loses, the narrative goes, Russia wins.

Now, if Bernie’s response to this wasn’t the new dictionary definition of weak sauce I’d be laughing uproariously.

Actually, who am I kidding? This is hilarious.

Bernie wins an inconsequential state like New Hampshire and the desperation to stop his momentum going in Nevada graces the front pages of not only the Washington Post but the New York Times.

U.S. officials have told Sen. Bernie Sanders that Russia is attempting to help his presidential campaign as part of an effort to interfere with the Democratic contest, according to people familiar with the matter.

President Trump and lawmakers on Capitol Hill also have been informed about the Russian assistance to the Vermont senator, those people said, speaking on the condition of anonymity to discuss sensitive intelligence.

It is not clear what form that Russian assistance has taken. U.S. prosecutors found a Russian effort in 2016 to use social media to boost Sanders’s campaign against Hillary Clinton, part of a broader effort to hurt Clinton, sow dissension in the American electorate and ultimately help elect Donald Trump.

Honestly, this attempt to discredit Bernie Sanders is so ham-fisted, so thoroughly unprofessional, that we shouldn’t even be discussing it. This story is nothing more than an intelligence agency hit job on Sanders and Donald Trump to keep alive a narrative thoroughly discredited in the minds of every semi-rational person left in America.

Trump did what he does best in these situations, he attacks. First, he fires his acting Director of National Intelligence Joseph Maguire for briefing the House Intelligence Committee and Trump’s nemesis Rep. Adam Schiff and replaces him with Ambassador to Germany Richard Grenell.

Then he states that he hasn’t been briefed on this issue at all and is backed up by his National Security Advisor Robert O’Brien.

Lastly, he openly mocks the Democrats and anyone else buying into this story.

Because it is just that, a story. It’s a fairy tale promoted to throw shade on Bernie, pre-position him to be smeared with the same pro-Putin brush that Trump has been.

This preempts any moves by him to change U.S. foreign policy in the unlikely event he wins the election (and is not first cheated out of the nomination) and becomes President.

After Trump goes on the warpath, Bernie responds by validating it in the same way he has done in the past. Because Bernie can’t validate Trump’s antipathy to the intelligence agencies who have been working nonstop to oust him from power.

But, if there was ever a time for him to break with DNC orthodoxy, show some cojones and call out the lie for what it is, it was now.

Instead, he verifies the lie saying he was briefed “a month ago” and then has stern words for Vladimir Putin.

Like Vladimir Putin would look at President Sanders as anything other than my dog Ginnie. Then again Putin likes dogs, he’d probably treat Ginnie better than Bernie.

And that’s why Bernie’s done.

Alex and Alex at The Duran had a great take on this that is worth watching, laying out their thoughts on what’s going on with Bernie.

They are right that this shows Bernie has

And they are absolutely right. But they don’t go far enough.

Bernie made the tactical mistake of reflexively doing the opposite of whatever Trump does. Trump fought this story so he much embrace it while playing coy about being skeptical of the WaPo.

Bernie hasn’t realized yet that he can’t have it both ways. He knows this is the handiwork of Hillary Clinton and the intelligence agencies. Saying it would make him a serious threat to Trump.

So why didn’t he?

Tulsi Gabbard went right after Hillary and continues to do so. How is it that she can’t catch fire but Bernie can?

Maybe it’s because Hillary and the DNC know that keeping Bernie’s campaign alive is the best way to ensure they keep control.

Tulsi won’t play ball. If she did she’d be on the debate stage.

Bernie has a price.

But this reflexivity against Trump has been the Democrats’ Achilles heel since he entered the political arena. By always ab reacting to take the opposite position Trump does it makes them easily manipulated into staking out politically poisonous positions.

Bernie had the opportunity play outside of his base and broaden his appeal. This would have made him a much more viable opponent for Trump in the fall. So, of course, he didn’t do this.

Sanders is weak because he’s been revealed to be a fake reformer. By not standing up to Hillary and Wall St. all he is doing is running against Trump. And Trump will eat him alive.

Because the real narrative isn’t whoever loses Russia wins.

The real narrative is that whoever loses, Wall St. wins.

And isn’t that the ultimate irony. Bernie Sanders, pride of the Occupy Wall St. set, leads progressives back down the path to ensuring a victory for Wall St.

I’ve told you for weeks that Hillary is prepping the ground for her return at the convention. Now even long-time Clinton strategist and political ne’er-do-well Dick Morris agrees with me that Hillary is playing puppet master behind the scenes.

The Wall St. duo of Hillary and Mini Mike Bloomberg put Bernie in this bind and he fell for the trap hook, line and sinker.

By contrast, I was there when Ron Paul’s Revolution began. The night he tangled with Benito Guiliani I realized they were scared of him and that was the moment containment broke.

Ron didn’t flinch for four years even though they stole the nomination from him in 2012. But he never validated the terrible things they said about him.

He never gave them an inch while both sides circled the wagons and defended The Swamp from the imperious outsider.

In the end he didn’t cuck out like Bernie did. The Republicans embarrassed themselves nominating Democrats like Mitt Romney and Paul Ryan while Ron’s shadow convention set the stage for Trump to run an insurrection campaign in 2016.

And, in fact, Bernie’s as well.

Bernie knows the stitch-up is real, so why did he do this? I don’t buy the line that he’s getting bad advice from his staff. Rather I firmly believe Bernie isn’t committed to anything except Bernie.

You don’t get on that horse a second time and hoist that saber if you aren’t ready to truly lead people. This isn’t a game.

You’re asking for the top job in the world and you can’t outmaneuver a broken-down, inconsolable twat who is the antithesis of everything you are supposed to stand for?

For all of his faults Trump leads. He’s brought the Republicans, for better or worse, together. He may lead in ways I disagree with but there’s no arguing he stakes out bold positions and, in many ways, sticks to them.

So, Bernie supporters what is Bernie actually offering you? Do you really think he has the stones to push through Medicare for all, gun control, ending the wars and all the rest?

In your heart of hearts is this the guy you believe will win you a war against the Swamp, a war a mobster like Trump has barely made a dent in?

He had the opportunity to truly put RussiaGate to bed and end Hillary’s latest charade but he’s now extended it another three months.

I think Bernie is a terrible candidate and the wrong choice for America, but that’s beside the point. I would respect him if he sacked up when things got hard. I respect Tulsi Gabbard. She’s made of iron, that lady. Bernie doesn’t deserve her as his running mate.

Hate us, mock us, and argue with us but stop avoiding the reality that Trump won in spite of an election rigged against him not because of it.

Because once you do that you can be honest about the state of your revolution and the man who leads it.

Because he may just be leading you right back to the same prison you think you’re breaking out of.

And the guy most disappointed in all of these false prophets is the guy who really does want the animosity between the U.S. and Russia to end, the guy you think you’re supposed to hate, Vladimir Putin himself. 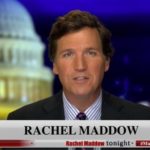 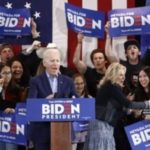 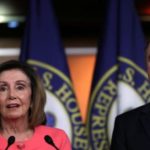 Anonymous Sources and the Guys and Gals Who Made the Iraq War a Reality Are Now Claiming that the Kremlin Is At It Again!
Opinion
ElectionsRussiaGateUS