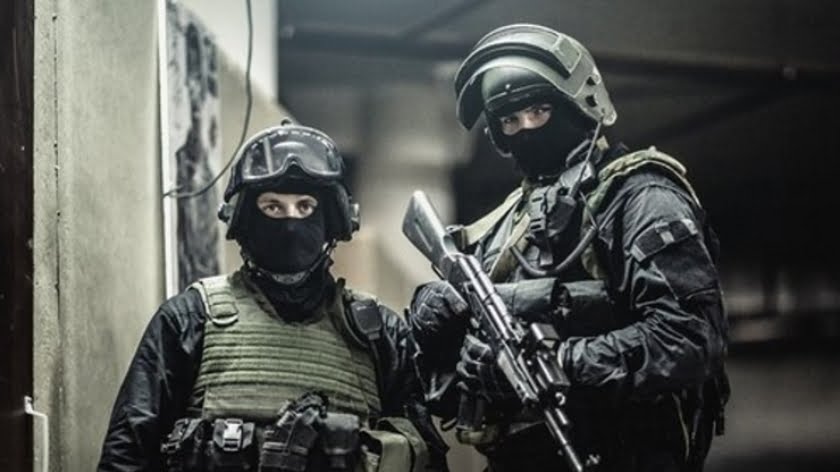 When did you first wake up from the collective sleep? For me, it was right before the Sochi Olympics of 2014. The roll-up blinds turned loose and snapped open, letting the bright morning sun rush into my sleepy brain. I remember thinking, “Wait a minute, us Americans, we’re supposed to be sportsmanlike.” So, something went was all wrong about Russia’s big Winter Olympic extravaganza. Only it had nothing to do with the Russians. The “something” was the onset of Russophobic chaos, you can call it Cold War II. All that hate leveled on Russia at her shining moment, it was the trumpeting of the end of peace in our time.

“There is nothing wrong with your television set. Do not attempt to adjust the picture. We are controlling transmission. If we wish to make it louder, we will bring up the volume. If we wish to make it softer, we will tune it to a whisper. We will control the horizontal. We will control the vertical. We can roll the image, make it flutter. We can change the focus to a soft blur, or sharpen it to crystal clarity. For the next hour, sit quietly and we will control all that you see and hear. We repeat: There is nothing wrong with your television set. You are about to participate in a great adventure. You are about to experience the awe and mystery which reaches from the inner mind to… The Outer Limits.”

Cut scene away from the 1962 TV series to 2021. Russian strongman Vladimir Putin now controls the world. An American billionaire president is run like a sock puppet by the former KGB Colonel. The great democracy is a push-button Russian toy. Putin’s GRU operatives in secret cyber pods across Russia monkey with the inner workings our America’s system. And now, even the Democratic Party candidates of a once-great nation are nothing more than little wooden Pinocchios for Vladimir to have fun with. It’s over. The Ruskies have won the game. Before long Starbucks will be serving blinis and borscht with a shot of Belebeyevskaya classic vodka.

At least this is the rumor from CNN and The New York Times.

GQ Magazine asks the question; “Why Does Putin Love Bernie?” James Carville, President Clinton’s former adviser, and campaign manager says; “the Nevada caucuses are a big win for top vote-getter Bernie Sanders, and for Vladimir Putin.” Google promotes the topic of “Russia and Bernie Sanders” to the top of any news search for Putin. Mike Bloomberg is telling the world Bernie Sanders is Putin’s choice because he can’t beat Donald Trump come November. And the United States of America is reduced to a great big mess of finger-pointers and Chicken Little fraidy-cats hollering “THE SKY IS FALLING!” Bloomberg likes China’s President Xi Jinping, Trump’s in Putin’s pocket, Sanders is the Russian interference super-cop, and the people of my country are a fragmented mess of dizzy Disney characters hell-bent on self.

The world can go to hell, as long as we can feel like America is great again. In the meantime, the globalists who got the world in the current mess are creating a bipolar power struggle that can only lead to confrontation. From my perspective, everything we are seeing is the beating of war drums in preparation for some ultimate confrontation. The tension feels a lot worse than the original Cold War, in many ways. It’s as if some Wizard of Arms is behind the curtain pulling the strings to take us to a massive arms buildup. This hate and fear Russia narrative can only end in greater world crises. Just the other day Putin commented that Russia is ready for another “Cuban Missile Crisis” scenario if the west takes things that far. But the game big problem is not the complexion of this new Great Game. The more dangerous issue is the fact that policy analysis and geostrategy have become impossible now. The current situation cannot be looked at objectively anymore. Nobody is the expert in a cosmic mind mashing of misinformation and tailored rhetoric coming from all sides. Media is no longer news. Research is tainted by the big money. Profit superimposes an invisible will on everything we hear, see, think, and do. Putin the villain. Crazy Trump. And now the useless Bernie comes under the Russian mind control beam. Nuts. The world has gone nuts. We might as well be in the Dark Ages waiting for the total demographic, cultural, and economic deterioration to come.

The New York Times’ On Politics writer Lisa Lerer says “the Russians don’t have to help President Trump or Bernie Sanders. They may already be winning.” It’s funny to me that none of these genius journalists and experts ever ask “What if?” Think about it. Let’s say Vladimir Putin is the great wizard pulling all the levers. What happens when the evil genius Putin finally wins it all? I guess, worst-case scenario, every Russian has two SUVs in their two-car garages in their Vladivostok or Yekaterinburg suburbs. Hell, America operates as if there are not enough gas-guzzling 4x4s to go around.

A moment of pause, please. Why was it that the United States and Russia were enemies in the first place? Was there a purpose in all this west-east maneuvering?

In my honest opinion, Vladimir Putin has done everything in his power to reconcile relations with the United States. In fact, he’s bent over backward to moderate the situation that came about because of the Ukraine coup. Yes, I said coup. The United States was behind Ukraine-EU integration all along, and Russia has only been on the defensive since before the Georgia War, which was also instigated by the United States. Even though the analysis of the overall geopolitical situation has become impossible, evaluating Putin’s role is not so complex. If the Russian president had wanted this bipolar power struggle, all he needed to do was to forge a military alliance with Iran and/or China. If his grand idea was territorial dominance, air dominance land-based military control of Asia, the Persian Gulf, and satellites in Latin America like Venezuela would pretty much do it.

Sadly, this scenario looms darkly over the current situation we face. Americans are totally brainwashed and blinded by controlled media. The MAGA nonsense ripped the United States right down the middle. One provocation, a Gulf of Tonkin, and the next Vietnam or Korea is a reality. There’s nobody and nothing to stop it. Hell, a full-scale revolution is not beyond the scope of imagination if there is a close 2020 presidential race. The stage is set on that. With Putin and Russia as the convenient instigators, try and imagine how a silent or loud coup in America works. Think like the 21st Century robber barons in charge of this whole mess.

Somewhere in London or New York, a room thick with cigar smoke and old leather echoes with the casual planning of powerful men. And no, there are no ladies present, I am sorry for those among you who believe in things like equality. This mahogany clad penthouse overlooking us peons is where the fates are being calculated. Two, five, six, or seven old and angry men decide it all. The end game. What Putin will do. How Trump’s play will impact the big win or lose of west versus east. Bernie or Bloomberg. None of this really matters, don’t you see?

I can assure you, these people are there planning and plotting based on foreknowledge that presidential outcomes are controlled. Come on America, we know this since forever. The only question is; “Are they planning for the ultimate takeover of the world, or do they already control it?” My only hope is that I am right in betting on Vladimir Putin being on the level. I hope Putin does control the horizontal in this case, because the vertical is controlled by the worst of the worst among us.