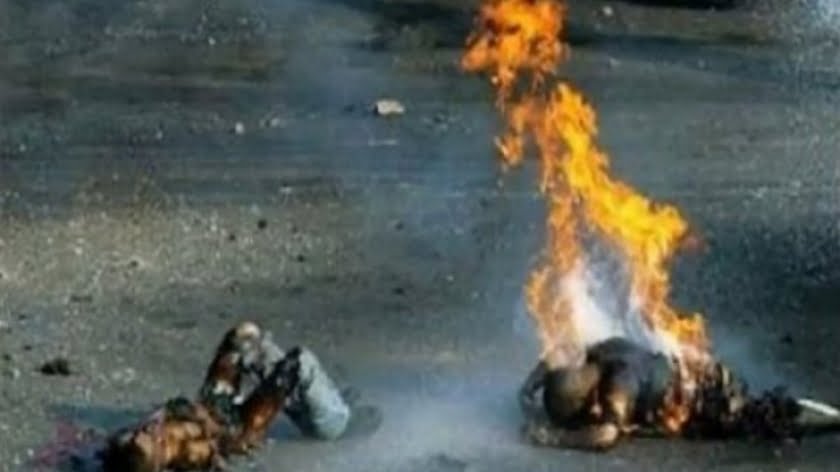 Ayman Mohyeldin was an Egyptian reporter for al-Jazeera English who had covered dozens of major events in the Middle East for many American and other networks. His reputation was enormous, and his reporting on the Israeli assault on Gaza was such a stellar journalistic performance that NBC “aggressively pursued him to leave Al Jazeera, paying him far more than the standard salary . . .” His new assignment for NBC was to cover Israel and Palestine, a task greatly assisted by his ability to speak Arabic and his intimate knowledge of the Middle East and its history.

But in July of 2014 Mohyeldin was abruptly removed from NBC by David Verdi, a top NBC executive, who ordered Mohyeldin to leave Gaza immediately. NBC attributed Mohyeldin’s removal to unspecified “security concerns”, but there was an additional factor at play. (1)

Mohyeldin had been playing soccer on a beach with four small Palestinian boys, and had no sooner backed away from them, and was not so many meters distant from them, than an Israeli gunboat which had been monitoring them from a short distance offshore, fired an artillery shell directly into the group of boys, blowing them all to bits. Mohyeldin had witnessed the deliberate murder of four small Palestinian boys by the Israeli military and submitted a full report to NBC who scuttled his report to replace it with a different version presented by his replacement. (2) (3) (4)

But this was nothing.

The soldiers, shooting with M-16 rifles equipped with silencers, sent bullets that “tumble end-over-end through the children’s slight bodies,” killing 11-year-old Ali Murad and seriously wounding four more, three of them under 18, according to Hedges. On the previous day, he writes, eight were shot under similar circumstances, six of them under 18. Hedges writes he has seen children shot in El Salvador, Guatemala and Sarajevo, and mothers with infants lined up and massacred in Algeria, “but I have never before watched soldiers entice children like mice into a trap and murder them for sport”.”

One can imagine there was some Jewish pressure in the follow-up, since the executive producer of the Chris Hedges segment was suddenly saying, “We should have asked some clarifying follow-ups, exploring this story from the Israeli side, . . . and to try to understand the perspective of an Israeli soldier on the front lines.” Hedges appeared to have been a bit frightened as well. (12)

The Jewish Israeli apologists were of course out in full force:

“It is certainly true that no other army has such restrained orders as the Israeli army. . . Israeli soldiers have orders not to shoot unless they are in direct danger. . . Israeli soldiers are instructed never to shoot to kill, and then, to aim only at the source of the shooting, never randomly. . . Hedges claim is so far-fetched, that the virulently anti-Semitic Arabic press — which in the past has concocted outrageous slander . . . it is impossible to disprove Hedges’ claim — because we were not there. But we suspect Hedges wasn’t there, either. His account is rife with factual errors and fails to stand up to scrutiny. . . How a reputable newspaper could print such lies is beyond me. . . (12)

According to “a former Israeli soldier who served in Gaza” – “No soldier is allowed to shoot on his own — unless he is in a life threatening moment — even after that the incident is reviewed by higher commanders. I never saw in all my duty Israeli soldier entice others into violence. Even when we were working at checkpoints, we were told to deal with Palestinians with dignity. Even when we arrested known terrorists, they were dealt with dignity.” (12)

But even this was nothing.

Gideon Levy wrote that “killing children is no longer a big deal. The plain fact, which must be stated clearly, is that the blood of hundreds of Palestinian children is on our hands.” (13) (14) (15) (16)

This part would have to be true. During the past 20 years, thousands of Palestinian children have been killed, at one point in March of 2012, the estimate was that about 60% of all children killed had been shot in the head, in one case by a father trying to shield his boy from being killed. He failed.

Palestinian children have their limbs blown off by DIME explosives and phosphor bombs, both of which are illegal even in wartime, but they are used in Palestine against civilians. I have in my possession many hundreds of photos of dead Palestinian children, with descriptions of the circumstances of each killing. I can barely stomach to look at them.

But it isn’t only children, and it isn’t only killing Palestinians. The Israeli military and the Jewish citizens of Israel have many other methods to destroy the will and the life of the Arabs in Palestine.

The military repeatedly bombs all the schools in Gaza, claiming they are the source of ‘rocket attacks’ on Israel. The Israeli government has clearly instructed its military to target and destroy all educational institutions in Gaza, as part of an overall plan to eviscerate the social structure of Palestine and its people.

During Israel’s Operation “Cast Lead”, more than 280 schools and kindergartens were destroyed in Gaza in less than 3 weeks by the Jewish military. Also rendered unusable were Gaza University and the Islamic University. Jewish military forces directly and intentionally bombarded the United Nations school which was sheltering more than 1,300 people. Gaza’s American school was similarly destroyed by intensive bombardment with white phosphor munitions. The photos of small children on fire and being burned to death from the phosphor bombs, are sufficient to turn your stomach.Countless children were killed. In another attack, at least 43 civilians were massacred on 6 January as they took shelter at the al-Fakhoura school in Jabaliya refugee camp. (17) (18)

It has been so bad that a new word emerged from the carnage in Gaza: “scholasticide” – the systematic destruction by Israeli forces of centers of education dear to Palestinian society, as the ministry of education was bombed, the infrastructure of teaching destroyed, and schools across the Gaza strip targeted for attack by the air, sea and ground offensives.

But the inhuman travesties extend far beyond this. The West Bank is dotted with hundreds of checkpoints through which Palestinians must pass to go anywhere. According to so many reports, they are consistently harassed at these checkpoints, abused, beaten and humiliated, often made to strip to their underwear before being permitted passage – if they are permitted to pass. Often, they are not. (19)

The degradation of Palestinians apparently knows no bounds. There are many videos on the internet of Israeli soldiers fondling womens’ breasts as a prerequisite to crossing a check-point. One report described how an Israeli soldier, examining a man and his wife attempting to pass thorough a check-point, repeatedly fondled the woman’s breasts and, when the husband didn’t respond, the soldier exhibited his penis to the woman and then urinated on her husband. When the man finally threw a punch at the soldier, he jumped back, took out his handgun, and shot the man dead. (20)

There are so many testimonials by witnesses, both Jewish and Gentile, of the violence and degradation by Jews in the West Bank to fill a very large book. One Jewish visitor said, “I watched two young teenagers near Kiryat Arba force a Palestinian family at gunpoint to get on their hands and knees and bark like a dog while a jeep full of IDF soldiers 20 feet away laughed.”

But even this doesn’t give outsiders a true picture of daily life in Palestine. There are countless documented reports of the Israeli military using Palestinian livestock for target practice, occasionally driving by a pasture and shooting dead every farm animal. There are countless documented reports of Jewish Israeli settlers in the West Bank, either uprooting, chopping down, or dousing with gasoline and setting on fire all the olive trees in Palestinian lands, meant to eliminate their sources of income and drive them from their lands. This is done under the protection of the Israeli Military, watching from a few meters away. Jewish villages built in the West Bank are invariably on the sole source of water in the area, from that point on forbidden to Palestinians. Arabs are no longer permitted to fish in their own waters.

The israeli military regularly bomb Palenstinian police stations, on one occasion killing the entire police staff who were performing exercises in the station courtyard. They regularly conduct air strikes on civilian areas, reducing hundreds of home to rubble on each occasion.

This is not a matter of a few ‘bad apples’ committing unapproved crimes. No government – no government can commit such atrocities against humans, against their neighbors, people who live in the same place, without the silent consent of the majority of their population. If the majority of Americans didn’t love war and the idea of war, there would be no American wars. If the Jewish citizens of Israel didn’t approve of the brutal and inhumane treatment of Palestinians, it would soon stop. Benjamin Netanyahu has been responsible for much of these atrocities for many years, but he is repeatedly elected.

The inhumanity of the Jews’ brutality and savage treatment of Palestinian children must be brought to consciousness in all countries, until the groundswell of public opinion cannot be ignored. (21) (22)

(22) HUMAN RIGHTS IN PALESTINE AND OTHER OCCUPIED ARAB TERRITORIES
Report of the United Nations Fact Finding Mission on the Gaza Conflict∗
https://www2.ohchr.org/english/bodies/hrcouncil/docs/12session/a-hrc-12-48.pdf 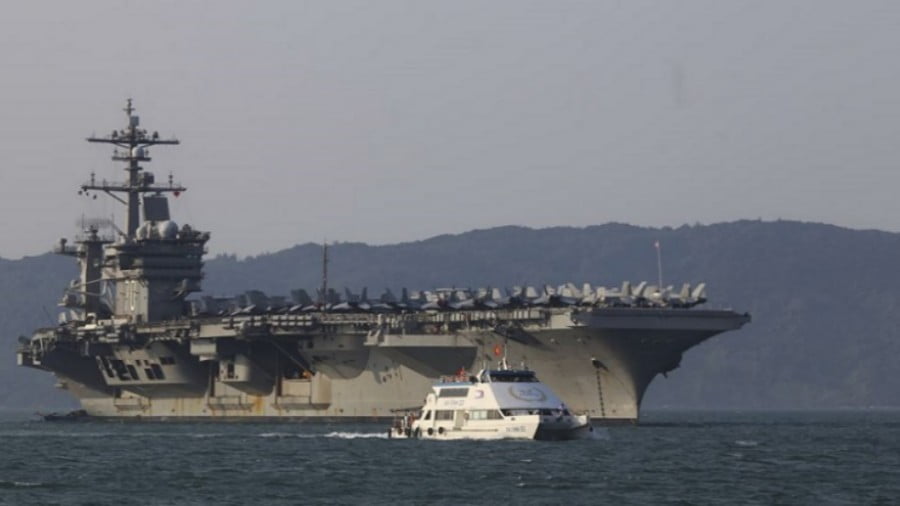 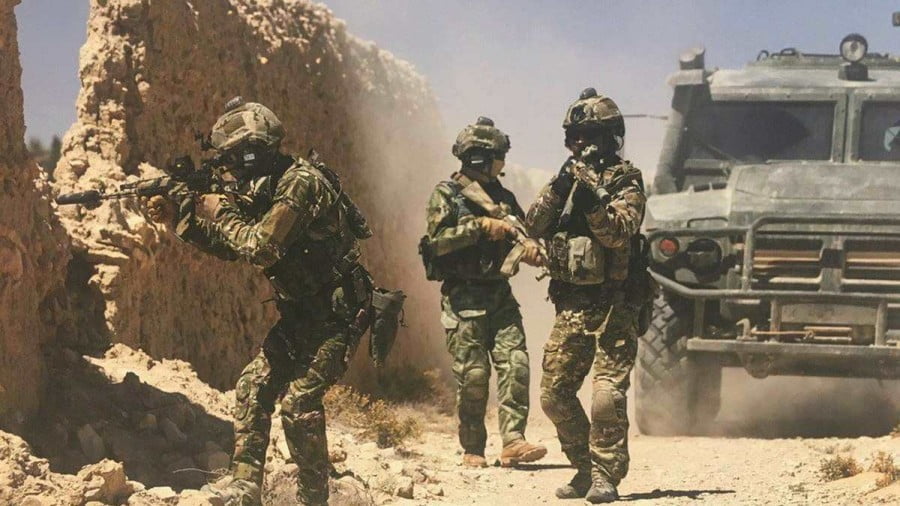 The upcoming draft proposal to legalize private military companies (PMCs, a.k.a. “mercenaries”) in Russia could give the country a competitive edge over its rivals by helping it carve out a valuable and much-demanded niche as a reliable security provider, thus enabling it to later leverage its strategic advantage to reap energy, mineral, economic, and other… 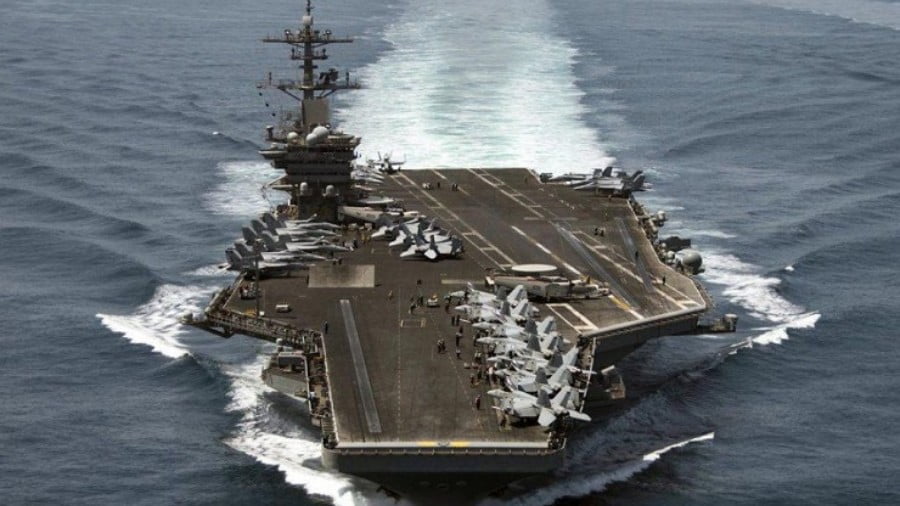 Last week, the US State Department said that Washington will attempt to persuade its allies to stop purchasing oil from Iran completely by early November. Reportedly, negotiations are already underway with representatives from India and China. Afterwards, Iranian President H. Rouhani said that he considers the USA’s wish to stop Iranian oil exports is not… 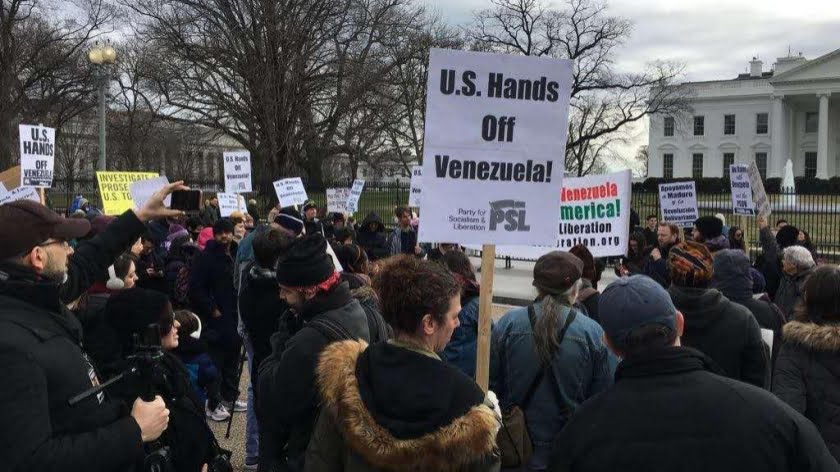 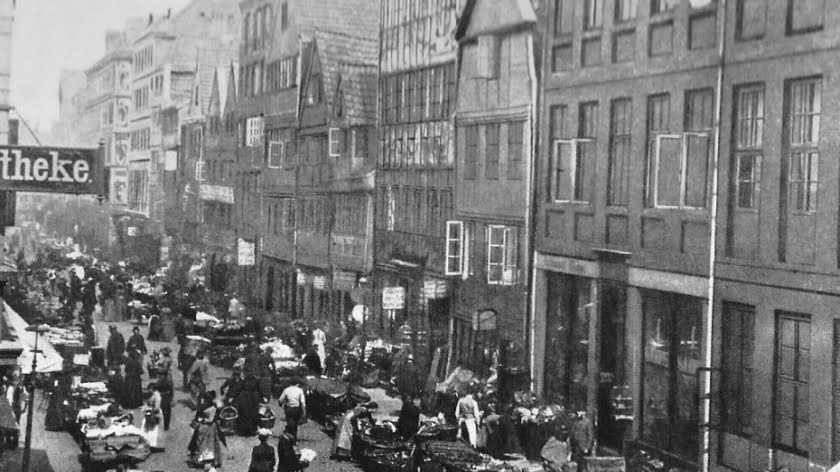 While world’s attention is absorbed by tectonic shifts unfolding across the Middle East, and as many Americans are brainwashed to believe the 2020 elections are driven by the need to impeach President Trump, something very ominous has appeared “off of the radar” of most onlookers. This something is a financial collapse of the western banks…