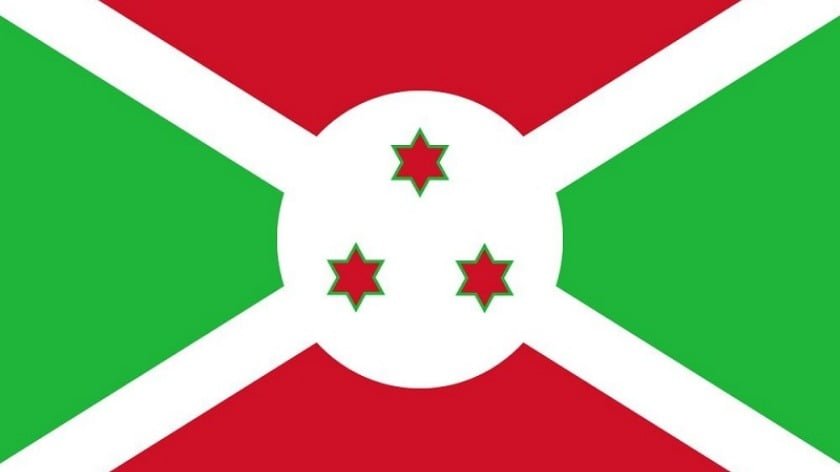 The tiny East African state of Burundi is back in the Western Mainstream Media spotlight after expelling the national head of the World Health Organization (WHO), which comes just days before its presidential elections and amid international criticism that the ruling party’s rallies are dangerously irresponsible in the context of World War C.

The tiny East African state of Burundi used to be the object of intense Western Mainstream Media attention half a decade ago after incumbent President Pierre Nkurunziza was controversially allowed to serve a third five-year term in 2015. The low-level violence that followed raised fears that the country might slip back into a genocidal civil war between Hutus and Tutsis like has already happened twice in the past half-century. The widespread speculation about this scenario led to the exodus of hundreds of thousands of refugees and intense Western political pressure on the President to step down. Alas, the worst-case scenario never materialized: the number of deaths directly related to the externally provoked political crisis was estimated at around 1,200 over the course of half a decade (much less than the number of people who are violently killed in Western countries each year); no genocide ever transpired; the economy never collapsed; and Nkurunziza kept his word about not running for another term (which would de-facto be his fourth but which he considers would have been his third per a constitutional technicality at the heart of the 2015 political crisis).

Back In The News Because Of World War C

One would naturally be inclined to think that there’s no reason for the country to return to being the object of Western Mainstream Media attention except perhaps to celebrate its successes, but that’s not the case at all. Burundi has once again found itself in the news after expelling the national head of the World Health Organization (WHO) just days before its upcoming presidential elections and amid international criticism that the ruling party’s rallies are dangerously irresponsible in the context of World War C. Whatever one’s personal views are about the seriousness of the coronavirus, the fact of the matter is that every state has the sovereign right to respond to it however the authorities deem necessary, for better or for worse depending on one’s stance towards this issue. Considering that the WHO was accused of “unacceptable interference“, it makes sense from a “democratic security” (counter-Hybrid War) perspective to order the removal of its representatives from the country. After all, an infowar is already underway to delegitimize Nkurunziza’s party and its expected win at the polls on the alleged basis that its campaign rallies were dangerously irresponsible.

The reason for such Western hostility towards Burundi is because it stands in stark contrast to neighboring Rwanda, the West’s regional darling for the past two and a half decades. Both countries have a genocidal history of Hutu-Tutsi violence owing to their similar demographics, but they’ve since advanced along different trajectories after the conclusion of their respective civil wars. Rwanda ended up being ruled by Paul Kagame, a member of the Tutsi minority, and subsequently launching what has has described as “Africa’s World War” in the Democratic Republic of the Congo (DRC, previously Zaire until the end of the First Congo War in 1997). Burundi, meanwhile, took until 2005 to emerge from its own civil conflict and then later kept mostly within its own borders under the leadership of Nkurunziza of the Hutu majority who took office at that time. Kagame is suspected of believing in the supremacy of his fellow Tutsi and conspiring to carve out a regional “sphere of influence”, which might partially explain his hostility towards Nkurunziza that intensified to such a point after the onset of the 2015 crisis that Burundi even accused Rwanda of training anti-government “rebels”.

Nkurunziza isn’t running in the upcoming elections on 20 May, but his close political ally and former comrade-in-arms Evariste Ndayishimiye is. In other words, Ndayishimiye’s victory would secure the military-led power structure that Nkurunziza established in the 15 years since the end of the civil war, thus making it increasingly less likely that Kagame’s exploitation of radical Tutsis for regime change purposes would ever succeed. To be clear, the vast majority of Tutsis and Hutus (whether in both countries or the rest of the region where some of them have migrated to over the years) are moderate people who harbor no supremacist views towards the other, but radicals nevertheless exist in each community and could easily be exploited by foreign forces to provoke another round of genocidal violence. Regrettably, however, Kagame’s regional policy over the years has contributed to the false perception that Tutsis everywhere are potential “sleeper cells” just waiting for the signal from Rwanda before “reactivating”. He’s therefore largely responsible for why the situation between his brethren and the Hutus is so still so tense nowadays in many cases.

Returning to the lead-in news event that inspired this analysis, Burundi’s expulsion of the national WHO head, it can be expected that the country will continue to be reported on in a very negative way by the Western Mainstream Media. Although they’ll present this coverage as being based solely on the state’s stance towards the coronavirus, it’ll actually be motivated by the desire to delegitimize the likely victory of Nkurunziza’s successor and contribute to restarting the HybridWar on Burundi in some shape or form. That doesn’t mean that it’ll get far, let alone even succeed, but just to point out the most likely scenario which could even include an intensification of borderclashes with Rwanda and/or a proxywar between the two in their mutual DRC neighbor. As it stands, the situation is very tense and there definitely appears to be a concerted campaign of international pressure being put upon Burundi which may or may not be coordinated by Rwanda. In any case, next week will show whether Nkurunziz’s protege wins at the polls as expected or suffers a tremendous upset instead, both of which will shape the incipient Hybrid War scenario that’s once again unfolding in East Africa.