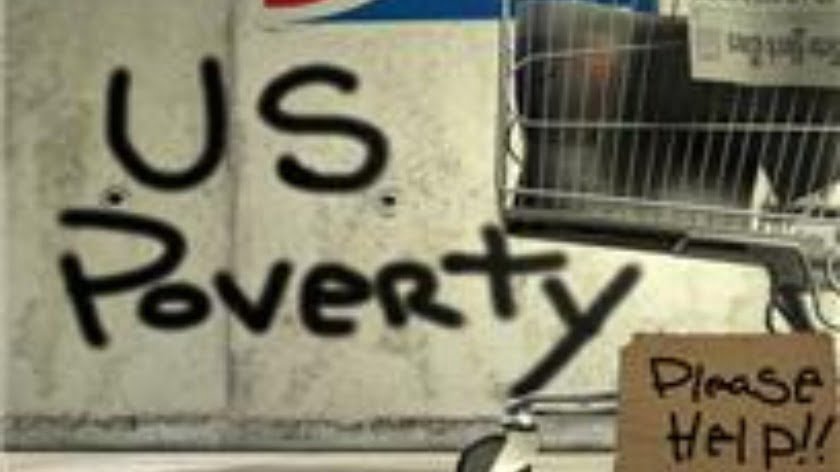 The World Bank warns that there is a global poverty increase as tens of millions of people have fallen back into poverty because of the pandemic. Up to 60 million people worldwide may fall into extreme poverty due to the coronavirus, said David Malpass, head of the World Bank.

“Our estimate is that up to 60 million people will be pushed into extreme poverty, erasing all the progress made in poverty alleviation in the past three years, and our forecasts indicate a deep recession,” Malpass said on Tuesday.

According to him, the bank is trying to help people by providing loans in 100 countries and pledged to provide $160 billion in loans up to mid-2021. Malpass did add that these efforts were not enough. He called on creditor countries to join the G20 initiative – a ban on debt repayment for some developing countries.

The most severe challenges are developing countries. It has been predicted that in Africa tens of millions of people will earn less than the minimum income, that is, below the poverty line. But in many ways, the function of these forecasts is that they show what will happen if we do nothing. It will be difficult to prevent the development of this scenario, but with the joint efforts and cooperation of the whole world, there are legitimate grounds to prevent the most negative consequences.

However, we imagine that poverty only increases in the developing world. Morgan Stanley investment bank found that the global economy will only return to pre-crisis state in the third quarter of 2021. Deutsche Bank even launched more pessimistic forecasts – by the end of next year, developed countries’ GDP will be $1 trillion lower than 2019.

The World Trade Organization has warned that international trade will experience the deepest recession since World War II. The International Monetary Fund on April 14 said the total damage will be greater than the bank’s assessment. As stated by IMF chief economist Gita Gopinat, we are talking about $9 trillion dollars. According to the IMF, by the end of 2020, the global economy will lose 3%. This is a significant amount considering that during the Global Financial Crisis in 2009, the downturn was 0.08%.

This has exposed that the liberal global economic order is extremely vulnerable. The U.S. economy will fall by 5.9%, firstly by a quarterly sharp decline. Based on JPMorgan’s forecast, this index will reach 40%. Analysts surveyed by Bloomberg believe Europe will lose 8.3% of its GDP in the next few months. In total, from January to July, this figure will reach 10% and by the end of the year will be 5.2%. Italy and Spain will suffer the most, with GDP declines of 7.3% and 5.7%, respectively.

Pre-coronavirus data found that in the U.S. 16.2% of children lived in poverty, that is almost 1 in 6 children, with 2.5 million children experiencing homelessness in 2015. 29.9% of Americans live close to poverty while 5.3% of the population live in deep poverty. In addition, in 2018, 11.1% of American households, were food insecure, meaning they had difficulty providing enough food for all people within the house. Earlier this month the unemployment rate in the U.S. reached 14.7% with the Federal Reserve estimating it could reach a high of 25%. With the coronavirus devastating the U.S. and global economy, it can only be expected that these shocking poverty figures in the world’s richest and most powerful country will only increase significantly – this is not a problem only for the developing world.

Despite the increasing poverty and unemployment, there has been no discussion on significant scaling back the U.S.’ global militarism. In 2015, the U.S. had around 800 military bases in 50 foreign countries with 250,000 soldiers spread between them. There is little suggestion that these statistics have changed since then.

The U.S. is continuing its aggression around the world by orchestrating coup attempts in Venezuela, continual backing of jihadist groups in Syria, and sanction regimes against several countries. It appears as the U.S. economy continues to decline and large segments of the American people go deeper into poverty or enter destitution, Washington has no plans to carry out cost saving measures by reducing its monopoly of foreign bases around the globe or drawback its aggression against non-compliant independent states.

In January 1961, U.S. President Dwight D. Eisenhower used his farewell address to warn that “an immense military establishment and a large arms industry” had emerged as a hidden force in U.S. politics and that Americans “must not fail to comprehend its grave implications.” Despite Eisenhower’s warning, it appears the American people have failed to understand its implications as profits for arms industries has taken precedence over poverty reduction that was caused by the failures of the Western liberal economy in handling the corovirus pandemic. The U.S. hegemony of foreign military bases and perpetual war is one to serve the profits of private arms companies at the expense of the American people.