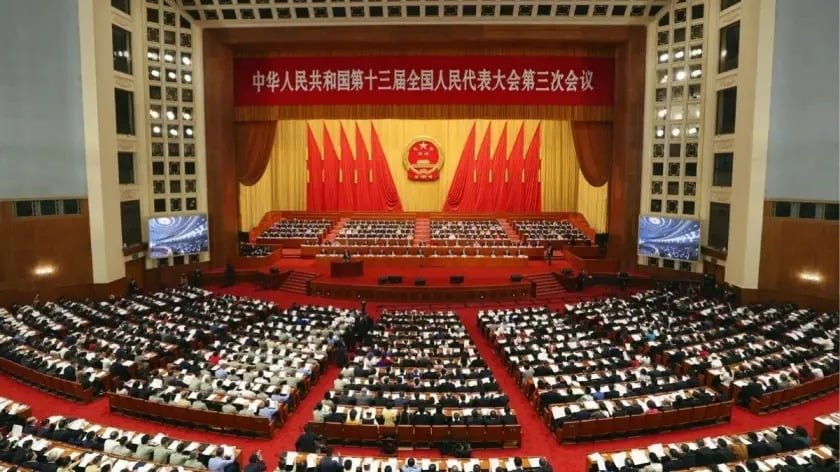 The key takeaways of the Two Sessions of the 13th National People’s Congress in Beijing are already in the public domain.

In a nutshell: no GDP target for 2020; a budget deficit of at least 3.6% of GDP; one trillion yuan in special treasury bonds; corporate fees/taxes cut by 2.5 trillion yuan; a defense budget rise of a modest 6.6%; and governments at all levels committed to “tighten their belts.”

The focus, as predicted, is to get China’s domestic economy, post-Covid-19, on track for solid growth in 2021.

Also predictably, the whole focus in the Anglo-American sphere has been on Hong Kong – as in the new legal framework, to be approved next week, engineered to prevent subversion, foreign interference “or any acts that severely endanger national security.” After all, as a Global Times editorial stresses, Hong Kong is an extremely sensitive national security matter.

This is a direct result of what the Chinese observer mission based in Shenzhen learned from the attempt by assorted fifth columnists and weaponized black blocs to nearly destroy Hong Kong last summer.

No wonder the Anglo-American “freedom fighter” front is livid. The gloves are off. No more free lunch. No more paid protests. No more black blocs. No more hybrid war. Baba Beijing’s got a brand new bag.

It’s absolutely essential to position the Two Sessions within the larger, incandescent geopolitical and geoeconomic context of the de facto new Cold War – hybrid war included – between the US and China.

This is as clear cut as it gets in terms of how the “free world,” in Pentagonese, perceives the rise of China. Call it the view of the industrial-military-surveillance-media complex.

Beijing, per McMaster, is pursuing a policy of “co-option, coercion and concealment,” centered on three axes: Made in China 2025; the New Silk Roads, or Belt and Road Initiative; and a “military-civil fusion” – arguably the most “totalitarian” vector, centered on creating a global intel network in espionage and cyber-attacks.

Call these the three threats.

Whatever the spin across the Beltway, Made in China 2025 remains alive and well – even if the terminology has been skipped.

The target, to be reached via $1.4 trillion in investments, is to profit from the knowledge accumulated by Huawei, Alibaba, SenseTime Group and others to design a seamless AI environment. In the process, China should be reinventing its technological base and restructuring the entire semiconductor supply chain to be domestic-based. These are all non-negotiables.

Belt and Road, in Pentagonese, is synonymous of “economic clientelism” and a “ruthless debt trap.” But McMaster gives away the game when he describes the cardinal sin as “the goal of displacing the influence of the United States and its key partners.”

As for the “military-civil fusion,” in Pentagonese, that’s all about fast tracking “stolen technologies to the army in such areas as space, cyberspace, biology, artificial intelligence and energy.” It amounts to “espionage and cyber-theft.”

In sum: “pushback” is essential against those China’s commies becoming “even more aggressive in promoting its statist economy and authoritarian political model.”

Apart from this binary, quite pedestrian assessment, McMaster does make an interesting point: “The US and other free nations should view expatriate communities as a strength. Chinese abroad – if protected from the meddling and espionage of their government – can provide a significant counter to Beijing’s propaganda and disinformation.”

So let’s compare it with the insights of a true master in Chinese diaspora: the redoubtable professor Wang Gungwu, born in Surabaya in Indonesia, who will be 90 years old this coming October and is the author of a delightful, poignant book of memoirs, Home is Not Here.

For outsiders there’s no better explanation of the predominant frame of mind across China:

“At least two generations of Chinese have learnt to appreciate that the modern West has valuable ideas and institutions to offer, but the turmoil of much of the 20th century has also made them feel that the Western European versions of democracy might not be that important for China’s national development. The majority of Chinese seem to approve of policies that place order and stability above freedom and political participation. They believe that this is what the country needs at this stage and resent being regularly criticized as politically unliberated and backward.”

Wang Gungwu stresses how the Chinese think quite differently from the “universalist” trajectory of the West, and thus reaches the heart of the matter: “Should the PRC succeed in providing an alternative route to prosperity and independence, the US (and elsewhere in the West) would see that as a fundamental threat to its (and Western European) dominance in the world. Those who feel threatened would then do everything they can to stop China. I think this is what most Chinese believe is what American leaders are prepared to do.”

No US Deep State assessment can possibly stand when ignoring the wealth of Chinese history: “The nature of China’s politics, whether under emperors, warlords, nationalists or communists, was so rooted in Chinese history that no individual or group of intellectuals could offer a new vision that could appeal to the majority of the Chinese people. In the end, that majority seemed to have accepted the legitimacy of PRC’s victory on the battlefield coupled with the capacity to bring order and renewed purpose to a rejuvenated China.”

Federal prosecutor Francis Sempa, author of America’s Global Role and an adjunct professor of political science at Wilkes University, has compared McMaster’s assessment of the China “threat” to the legendary “long telegram” written by George Kennan in 1947, under the pseudonym X.

The “long telegram” designed the subsequent strategy of containing the Soviet Union, complete with the building up of the North Atlantic Treaty Organization. It was the prime Cold War blueprint.

The current, pedestrian long telegram remix might also have long legs. Sempa, to his credit, at least admits that “McMaster’s timid policy recommendations will not lead to the gradual break-up or mellowing of Chinese Communist power.”

He suggests – what else – “containment,” which should be “firm and vigilant.” And he recognizes, to his credit, that it should be “based on an understanding of Chinese history and Indo-Pacific geography.” But then, once again, he gives away the game – in true Zbigniew Brzezinski fashion: what matters most is “the need to prevent a hostile power from controlling the key power centers of the Eurasian landmass.”

It’s no wonder the US Deep State identifies Belt and Road and its spin-offs such as the Digital Silk Road and the Health Silk Road across Eurasia as manifestations of a “hostile power.”

The whole fulcrum of US foreign policy since WWII has been to prevent Eurasia integration – now actively pursued by the Russia-China strategic partnership. New Silk Roads across Russia – part of Putin’s Great Eurasia Partnership – are bound to merge with Belt and Road. Putin and Xi will meet again, face-to-face, in mid-July in St. Petersburg, for the twin summits of BRICS and the Shanghai Cooperation Organization, and will further discuss it in extensive detail.

So presiding, in silence, over the Two Sessions, is the understanding by the Chinese leadership that getting back to domestic business, fast, is essential for a renewed push on the grand chessboard. They know the industrial-military-surveillance-media complex will pull no punches to deploy every possible geopolitical and geoeconomic strategy to sabotage Eurasia integration.

Made in China 2025; Belt and Road – the post-modern equivalent of the Ancient Silk Road; Huawei; China’s manufacturing pre-eminence; breakthroughs in the fight against Covid-19 – everything is a target. And yet, in parallel, nothing – from a remixed long telegram to stale ruminations on the Thucydides Trap – will derail a rejuvenated China from hitting its own targets. 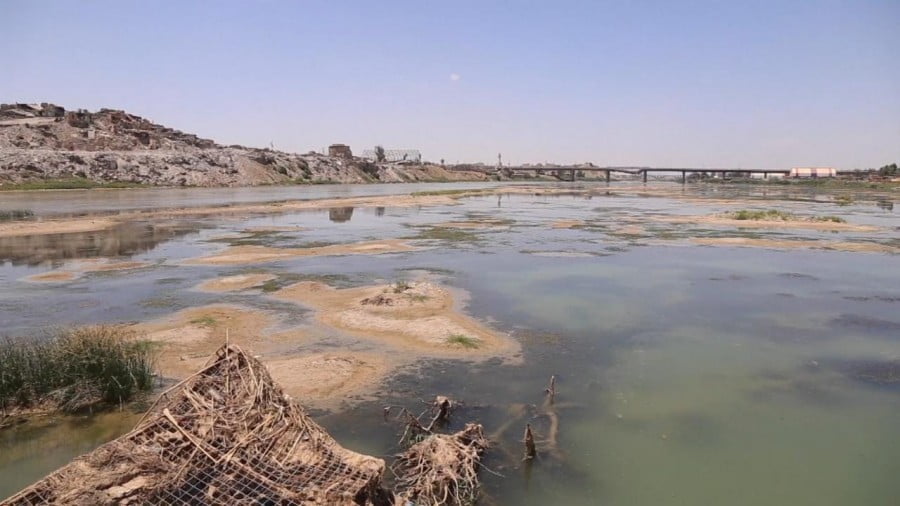 “I once rescued a friend from drowning when he was swept away by the force of the current as we were swimming in the Diyala river,” says Qasim Sabti, a painter and gallery owner in Baghdad. “That was 50 years ago,” he recalls. “I went back there recently and the water in the Diyala is… 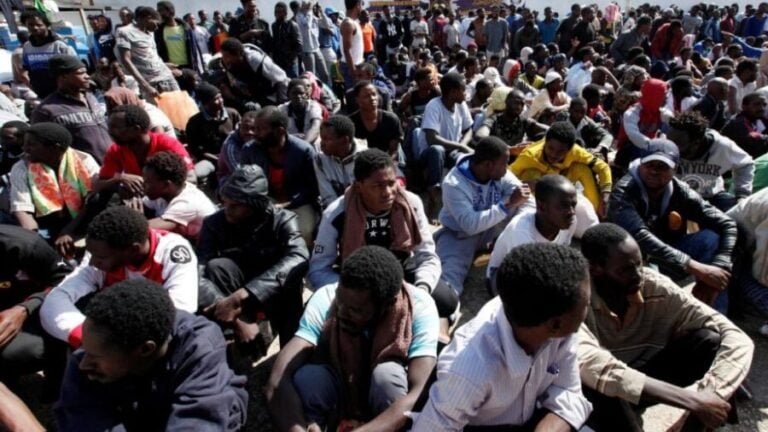 To perceive refugees as a dissociated part of the wider narrative is a violation in itself, but who will hold the bloc politically accountable for delegating distasteful tasks to the Libyan coastguard? In mid-July, Italy’s Chamber of Deputies approved renewing funding to the Libyan coastguard, despite non-governmental organisations urging the authorities to stop financing the… 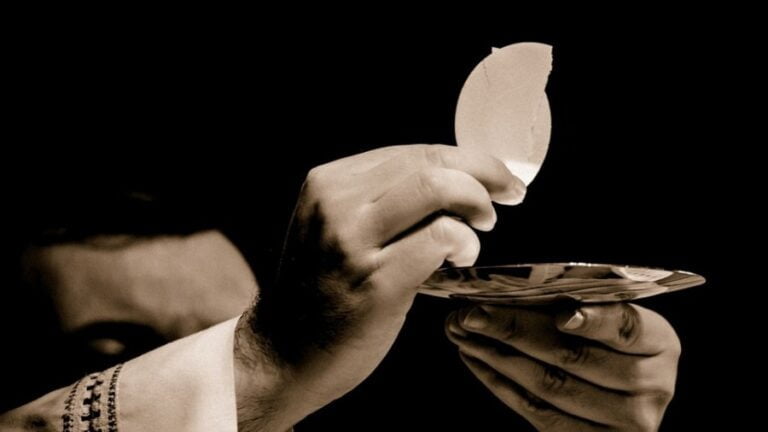 Last week, the U.S. Conference of Catholic Bishops voted 168-55, more than 3-1, to provide new guidance for receiving Holy Communion. Behind the decision? Bishops’ alarm that the public religious practice of President Joe Biden is conveying a heretical message to the faithful and the nation. At Sunday Mass, Biden regularly receives Communion. Yet he… 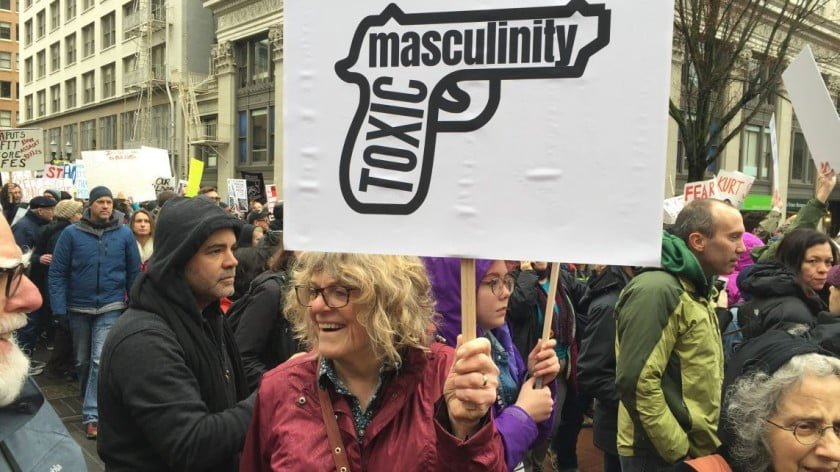 Remember those age-old male traits from a more chivalric, less neurotic epoch, like ruggedness, stoicism, individualism and masculinity? Well, you can chuck them into the dumpster outside your local gender studies classroom because they have just been branded harmful to your health. Although ‘masculinity’ once upon a time helped ‘privileged males’ tame the American wilderness,… 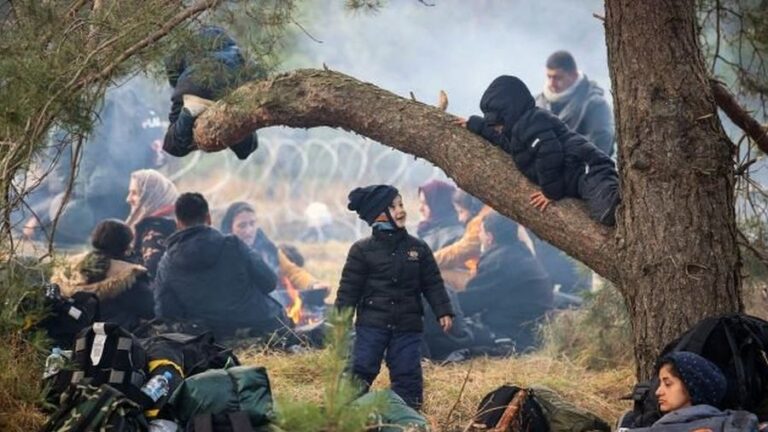