Remember when the Russians were coming? It seems like just last week Vladimir Putin was whistling the Soviet National Anthem just around every corner of main street. After the colossal clusterfuck of Hillary 2016, you couldn’t swing a dead cat in a news room without hitting another crafty Kremlin conspiracy. Those shifty almond-eyed bastards were the secret sauce behind everything that gave neoliberals heartburn; MAGA, Black Lives Matter, Wikileaks, Bernie Bros, Jill Stein, Sasquatch, Tulsi Gabbard, Colin Kaepernick, the female orgasm.

They were behind it all!

Putin was everywhere, like Elvis Presley in a Mojo Nixon song, and he was always up to something new, some dastardly new conspiracy to corrupt our precious bodily fluids that only Rachel Maddow and six permanently anonymous intelligence experts could save us from. Donald Trump was constantly on the brink of impeachment for pissing on a Russian prostitute dressed as Abe Lincoln and wrapped in the Constitution or some such noise. It made sense in the moment, I swear it did! It was a new day in Imperial America, a whole new Cold War was upon us, and Adam Schiff would lead us to the promise land like a liberal Joe McCarthy on a gallant white stead.

Schiff has been outed by his own lazy paperwork as a libelous scumfuck just a few lies and a sex crime short of the Donald himself, and Rachel Maddow’s soaring calls to action against the Kremlin menace have taken on the sea-sick patina of Alex Jones in a sporty pant suit. Even the devil himself, Vladimir Putin doesn’t seem so scary anymore. So he declares himself president-for-life and has a few more American sponsored journalists tossed in the dreaded Lubyanka, what else is on? The New Cold War is old news. In post-Covid America, the New New Cold War is where it’s at.

Who needs those vodka-soaked Russkies when you have the Chinese! (Gong bangs in background) A super sneaky, disease spewing people who’s currency is actually worth more than double-ply toilet paper, which is worth slightly more than the Dollar. Donald Trump and Mike Pompeo have hit the ground spewing with a torrential cavalcade of convoluted race-baiting accusations and innuendo about China’s devilish double-dealings, from the bat labs of Wuhan to the rocks of the South China Sea, and Joe Biden and the New York Times aren’t far behind them. Rather than taking the high road for once and denying this bullshit as an excuse for Trump to cover his orange ass on his derelict response to Covid-19, old grabby Joe has taken his usual route, bashing Trump in swing state commercials for not being stupid enough on China. Joe, they promise, could be way more stupid, and somehow, I don’t doubt that for a second.

But as a post-tankie war nerd, I’m left scratching my head.

Those cretins in the deep state put so much elbow grease into creating a narrative that the Soviet Union was rising from the grave like a red star bedazzled Babadook that they were willing to impeach one of their own just because he suggested that Vladimir Putin might not be the next Hitler. But now their willing to just roll over and let Trump have his new bone.

I’d say we’re probably just about thirty days from Tucker Carlson giving John Brennan a hummer on live television while he belches about Chinese hackers and our God-given right to protect the freedom of other people’s seas. As best as I can explain the meticulous madness of these fucking vultures, I would suggest that my dearest motherfuckers take a closer look at the original Cold War, and you’ll find that not much has really changed at all. The scapegoats have shifted but the target remains the same.

Contrary to the Marvel sponsored Captain America mythology of the Evil Empire, the Old Cold War was never about the godless evils of communism. It didn’t even really have that much to do with Russian influence, at least not empirically. Russia has always been a crafty but rickety excuse for a superpower. Truth be told, our countries own propaganda is really the only reason half the world took that tin-plated petrol state seriously to begin with. The true target always was and always will be that geostrategic phantom known as Eurasia. If you want to know what really keeps neocons and their neoliberal siblings up at night, it’s the indisputable fact that a united Eurasian economy that brings together the collective power of Europe and the Orient would crush the Dollar like the toilet paper tiger it is and bury the American Century in its own dust. The moment the Eurozone can get NATO off its ass and realize that the future rises from the east, is the moment the American imperial dream dies a rather quick and anti-climactic death.

Russia has long been the target of choice for the simple reason that it’s the weakest link in the chain. The motherland is the land bridge that brings two continents together, and with the advent of the October Uprising in 1917, America was giftwrapped a perfect theater for instability. The real Cold War began before the First World War had even ended, when the US and it’s sundry allies sent fresh bodies from the trenches to help the Czar’s death squads traumatize the newly Soviet countryside with the White Terror, and that terror never stopped. I was done with those dastardly Bolsheviks the day I read about Kronstadt, but god only knows what kind of republican experiment Lenin and his boys might have cooked up if their new nation hadn’t been born in a bathtub of blood. The Russian people likely never would have welcomed another Czar in the form of Stalin, or Putin for that matter, if they weren’t so damn shell-shocked by American sponsored savagery that they were desperate for any iron man with a Slavic name to save them.

Russia was the perfect enemy because they projected that air of Orthodox stoicism, even while they were crippled and hemorrhaging. But China has always been the true target, the massive competition for Europe’s hand in imperial matrimony. With the worth of Russia’s only cash cow, petrol, spiraling and a new depression exploding from the economic bubble that the Coronavirus burst, America has quite simply run out of time to scapegoat anything but the real deal. Steve Bannon knows it, and his imperial wonk nemesis Bill Kristol knows it too. Evil or not, those twisted fuckers know a thing or two about the deep state’s long game and the long game is either China goes down or America accepts its Karmic fate as their debt-ridden bitch.

Either way, why should an anti-imperialist anarchist like me give a shit? They are all bloodthirsty statist scum after all.

Well, I’ll tell you why. For two reasons.

China’s best hope for dominance rests in partnership above competition. A Eurasian Century would be multipolar by nature and any anarchist worth a shit can tell you, Balkanize and conquer is where it’s at.

So meet the New New Cold War, dearest motherfuckers, same as the Old New Cold War. Call me a contrarian cunt, but I’ll be agitating for America’s demise in any damn cold war. That’s what I do. Now bring me Tucker Carlson. I’ve been waiting for an opportunity to work those tranny-bashing kidneys for long enough. 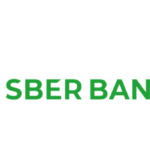 Trump Is Hellbent on Provoking a New Cold War

Cold War Escapades in the Pacific

Has the U.S. Cold War Shifted from Russia to China?

Back to the Dear Old Cold Waar

Can America Fight Two Cold Wars at Once?