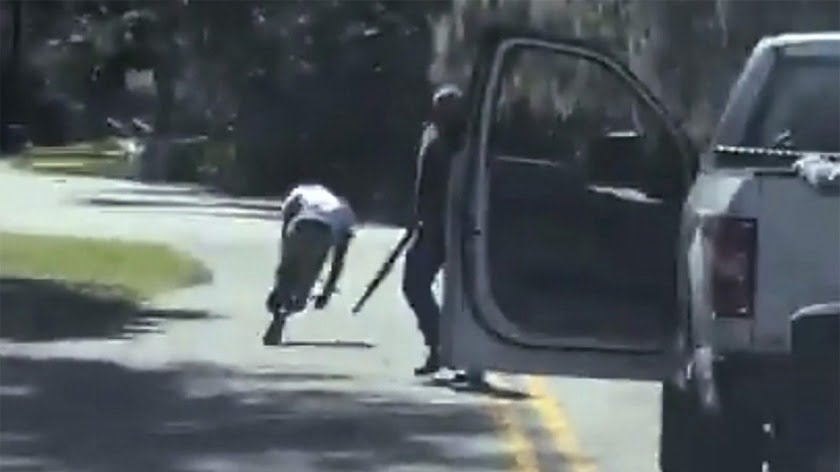 In early May 2020, a former police officer living in Brunswick, Georgia, a rural town just north of the Florida state line, aided by his son, ambushed and killed a 25-year-old African American jogger.

This incident isn’t unique, as we will see, but it tells a different story now than it would have at other times in America’s violent history.

The weeks of lockdown across America, that and not just the mass deaths but the orchestrated campaign of wild conspiracy theories coming out of the failed and disgraced Trump White House, has led to what can only be described as a “melt down.”

Americans are buying guns in droves but these aren’t the “normal” American gun owners with their penchant for right wing politics and bar stool bluster. Americans who never bought guns are afraid, not of their government, and nobody in America trusts the government, but of the possibility of violent unrest.

The most violent and ignorant of Americans are and always have been the best armed. Since 9/11, they have also been the best organized with millions, even billions, spent building a “Disneyland of the paranoids,” intended to not just radicalize but militarize and criminalize as well.

Whatever the source of COVID 19 will turn out to be, American labs, Chinese labs or a natural pathogen, the social destruction it has left in its path clearly serves the 1%’ers who dominate America.

Of the tools they have at their disposal, the most effective and most reliable is race hatred.

While many put their lives on the line, while many, even millions, are rising to meet the challenges, millions of others, of every race and ethnicity, not just the radicalized white underclass, are moving toward violent confrontation. This confrontation won’t be with police or government officials, though Trump has been working to orchestrate exactly that, it will be a race war, black against white and brown, a race war that may well ignite long forgotten hatreds against Jews, Asians and even Native Americans.

Nothing is reported of this but those living in America see it every day, name calling, shoving matches, cars and trucks festooned with Nazi or Confederate symbols and occupants better armed than most nations’ military.

America has become a racial tinderbox, waiting only for a spark to ignite something every American has always feared, that dark subtext of seething bigotry that defines the religious, social and political lives of millions of Americans.

You see, in a nation that has centralized wealth more than any other, where opportunity for education and advancement is closed off in ways no European could imagine, the sinister beliefs of the uncivilized past deepen, they ripen, they bloom and, under America’s current political climate, that are ready to flower.

COVID 19 may well provide that spark.

Were it not for the dramatic video, this one attack, one chosen at random, would not be remarkable.

The Brunswick killing hit a chord. Perhaps it was the curious similarity between them and the armed lockdown demonstrators or, perhaps, the American mercenaries recently captured in Venezuela.

The attack was, as is now so often the case, recorded and posted on Twitter. Prior to a public outcry at perhaps one of the most brutal and vicious killings witnessed in recent years, local officials had decided to hide the incident and allow the killers to go free.

The killers were white, the victim was black, and the region is a hotbed of Trump support. Not so many years ago, within the lifetime of many who still walk the earth, it was considered legal and even “reasonable” to kidnap and lynch African American men in Brunswick, Georgia and in every other region of America’s South.

Many, very many, want to see those times again and are egged on by Qanon and other Trump hoaxes and, worse still, the steady drumming of fear and hate they receive from “snake oil” religious leaders, a veritable army of scamsters and propagandists who prey on the weak minded. Brutal crimes against minorities, typically by police, are always sanctified in the pulpit.

“A prosecutor in Georgia said he would ask a grand jury to decide if charges should be filed against a white former law enforcement officer and his son over the fatal shooting of an unarmed young black man as he ran through a small town.

The shooting of 25-year-old Ahmaud Arbery outside Brunswick, Georgia, in February was captured on videotape and posted on social media on Tuesday, stirring outrage over the reluctance of prosecutors to file charges against Gregory McMichael and his son, Travis.

The video footage, which was taken by an unidentified witness in another car, shows Arbery jogging down a narrow two-lane road and around a white pickup truck stopped in the right lane, its driver’s door open.

As Arbery crosses back in front of the truck a gunshot is fired. Arbery is then seen struggling with a man holding a long gun as a second man stands in the bed of the truck brandishing a revolver. Two more shots are heard before Arbery stumbles and falls face-down on to the asphalt.

The graphic footage has prompted an outcry and demands for justice; the activist Shaun King posted the video on Twitter, describing it as “one of the worst things I’ve seen in my entire life”.

According to a police report obtained by the New York Times, Gregory McMichael, a former police officer and district attorney’s investigator, told investigators the incident began when he spotted Arbery from his front yard “hauling ass” down the street.”

Arbery, who was jogging, was murdered both out of historical racism but also because of a breakdown in society brought on by the COVID extinction event and the hateful rhetoric of the American president that has empowered criminal elements.

Tens of thousands were murdered for alleged crimes, but more often for political or social activism in what was one of many very real American holocausts.

This genocide is the backbone of America’s heritage, perhaps the greatest slaughter in human history.

The root of America’s two-party system originated after the Civil War in the mid-nineteenth century. Party names and platforms overtly change but, behind the scenes, there is one issue that is in the forefront in every election or in times of national emergency and that is racial or ethnic strife.

Trump’s near dictatorial rule has been dependent on purposefully Hitleresque policies, attacking the educated and successful and seeking to unite “lumpenproletariat,” the uneducated and fearful, those who normally have no interest in politics unless violence and hatred are instilled into the mix. This has been the “Trump base,” those left behind by the modern world, the intellectually crippled, the angry but, as stated, mostly the frightened.

To those who profit from pain, the pandemic has been a gift from the gods.

The Pandemic of 2020, assuming there will be others, something most experts agree upon, has unveiled deep flaws in American society. The “land of the free and the home of the brave” now seems to be anything but.

Race war isn’t the only distraction being orchestrated, as events unfolded in a bizarre May 2020 plot against Venezuela.

While the Trump regime in Washington sends armed thugs to kidnap or kill President Maduro in Caracas it also sends the same ilk, slovenly, overweight, uneducated and mentally unstable, as armed thugs to threaten domestic political opponents such as Michigan Governor Gretchen Whitmer.

While Trump and his Deep State backers, billionaires Betsy DeVos, Jeffrey Epstein (now deceased) and Adolf Coors, among so many others, believe social unrest will achieve their dark political goals and that COVID 19 is a “golden opportunity,” their dreams of empire may well come crashing down on them.

Perhaps the ignorant and slovenly can rise up and crush the sad remains of Western culture as it exists in the United States and the dreamed of society of slavery and tyranny can be brought into fruition as outlined in the Necon manifestos of the pre-9/11 era.

On the other hand, the belief held by those who seek to dominate, that all Americans are little more than sheep, may well prove wrong and meet their fate at the end of a rope.

This is certain to happen. The only question is whether it will be this pandemic or the next. 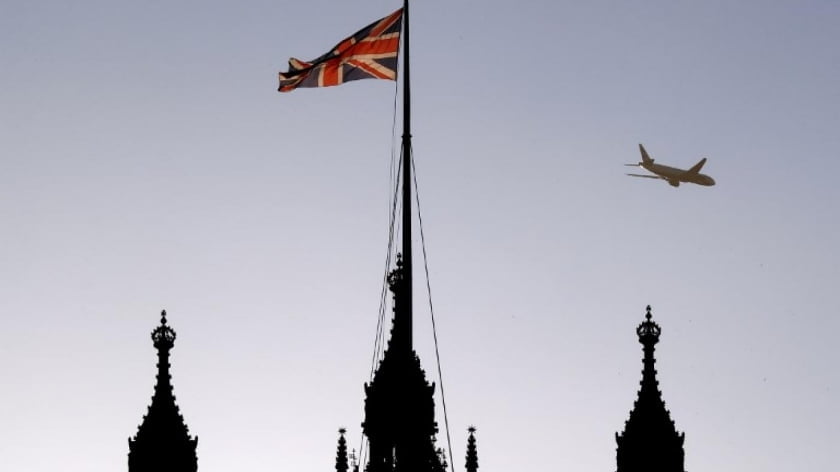 On Tuesday in the British parliament, Labour’s shadow foreign secretary Emily Thornberry asked an urgent question relating to allegations that British troops have been covertly fighting in Yemen and supporting the Saudi-led coalition. As reported in the Mail on Sunday, five British special forces troops from the elite Special Boat Service (SBS) were injured while “advising” Saudi Arabia on… 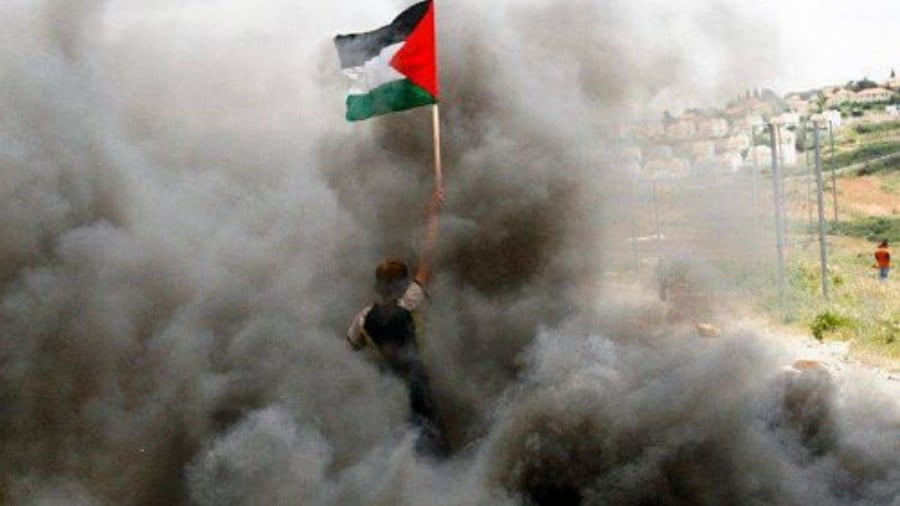 Throughout its sordid history, Israel turned the West Bank, East Jerusalem, and especially Gaza into free-fire zones – killing, injuring, maiming, and otherwise brutalizing Palestinians with impunity. The world community doesn’t care about Palestinian lives and welfare – doing nothing to stop Israeli occupation harshness, nothing to hold its officials accountable for Nuremberg-level high crimes,… 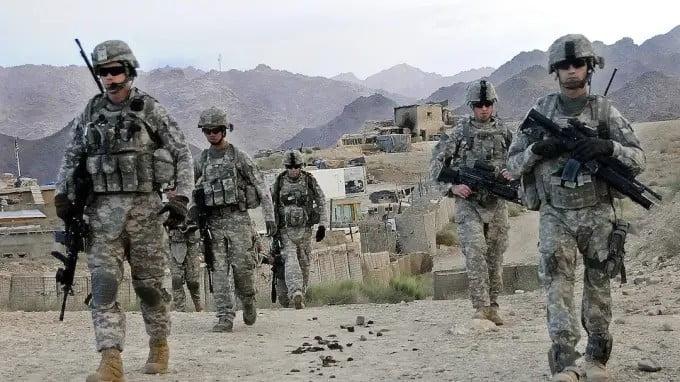 With overwhelming bipartisan support, the House Armed Services Committee has added a Liz Cheney-spearheaded amendment to the National Defense Authorization Act (NDAA) which throws severe roadblocks in the Trump administration’s proposed scale-down of US military presence in Afghanistan and Germany. As The Intercept‘s Glenn Greenwald notes, both parties advancing the amendment cited in their arguments the…