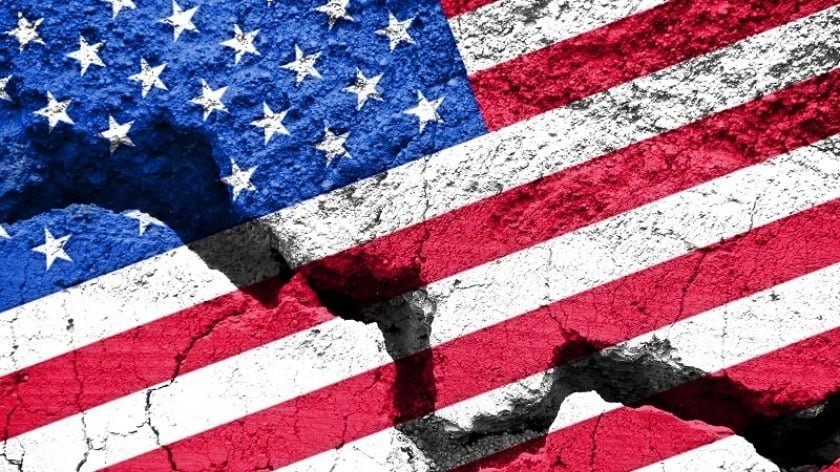 The ongoing nationwide anti-terrorist operation that was commenced in response to the spree of urban terrorism that broke out in dozens of major American cities over the past week will forever change the country as everyone knows it, revealing some very uncomfortable realities about the prior state of affairs in the run-up to this public security crisis and possibly sending chills down the spines of most Americans in respect to what’s slated to follow.

From Peaceful Protests To Urban Terrorism

The world is in shock at what’s been happening all throughout the US for the past week. The brutal arrest and subsequent death of George Floyd provoked a nationwide protest movement that quickly descended into a spree of urban terrorism with riots, looting, ransacking, and burning that targeted innocent people and their property who had nothing to do with the unjust incident that sparked the initially peaceful demonstrations. Those peaceful protesters either weren’t successful in policing their own to root out troublemakers within their ranks (though many seemingly didn’t even care to) or were complicit in allowing themselves to be used as “human shields” to protect the criminals among them. It would have been ideal if those peaceful protesters simply dispersed once everything got out of control and allowed the security forces to restore law and order so as to protect innocent people and their property, but that regrettably didn’t happen and instead most of the country found themselves living under a reign of terror. In response, Trump promised to deploy the military if the National Guard in each state isn’t able (or ordered by their partisan Governors) to ensure everyone’s safety.

The ongoing nationwide anti-terrorist operation that was consequently commenced is unprecedented in its scale and scope, especially since one of the targets is the Antifa (“Anti-fascist”) organization that the President plans to officially designate as a terrorist group. This far-left militant network is largely decentralized but has nevertheless proven its destructive efficacy over the past week. The swiftness with which Antifa terrorists were able to carry out attacks all across the country speaks to their years of planning and the professional training that they’ve previously received. This underscores the very unsettling realization that a domestic terrorist organization was plotting for quite a while already to wage a coordinated campaign throughout America at whatever it felt was the most “opportune” moment. Certain voices have been warning about this threat for quite some time but were dismissed by some as so-called “right-wing conspiracy theorists” on the disingenuous basis that it’s supposedly impossible for a left-wing organization to carry out acts of terrorism. Terrorism, however, has no ideology, race, religion, or borders but is a method of warfare, pure and simple. In any case, the “Overton Window” has now shifted to the point where few doubt Antifa’s capability to carry out coordinated terrorist attacks but instead argue over whether or not they’re “justified”.

The Hybrid War Of Terror On America

All of the aforesaid forms the strategic backdrop to what the author described as the HybridWar of Terror on America in his earlier piece titled “Mayhem In America: Masks Off, Molotovs Out!” In short, this massive destabilization is being supported by so-called “activist” groups, the media (including many in the Alt-Media Community who hypocritically condemn such acts of terrorism whenever they occur abroad but endorse them whenever they target Americans), and members of the “deep state” (the US bureaucracy, usually in reference to its military/intelligence/diplomatic components but also relevant to its municipal and state ones in this context) in order to undermine Trump’s re-election prospects in several months’ time. Although there’s reportedly been some involvement by “undercover cops” and “white nationalists” to provoke violence, the overwhelmingly vast majority of the participants in these acts of urban terrorism are ordinary Americans of all colors and creeds as evidenced from the plethora of videofootage easily available for everyone to watch. In accordance with the core mechanisms of Color Revolutions, a self-sustaining cycle of unrest was catalyzed through the manipulation of crowd psychology and criminal elements of society, with Antifa as the vanguard “revolutionary” force coordinating this entire campaign on the ground.

The Aftermath Of The Nationwide Anti-Terrorist Operation

With all of this in mind, it’s time to consider what the aftermath of the nationwide anti-terrorist operation will be by the time that it eventually concludes, however long that may be. There’s no doubt that it’ll have to end sooner or later, but it’ll probably intensify quite a lot before that point, so it’s important to think about how this experience will change America as everyone knows it. Some uncomfortable realities about the prior state of affairs in the run-up to this public security crisis have been revealed, and what’s slated to follow will probably send chills down most Americans’ spines. For the reader’s convenience, the rest of the analysis will be comprised of concise bullet point summaries of several of the most significant reflections from the recent past and predictions for the coming future:

Reflections From The Recent Past

* Racism Is Still A Problem, But Its Form Is Changing:

It’s not just “stereotypical/traditional” white-on-black racism that’s still a problem in the US, but also its reverse form of black-on-white racism which has been employed to justify attacks against innocent Caucasians as retribution for what “one of their own” (to use one of the racists’ most popular phrases) did.

Peaceful protesters’ inability or unwillingness to police their own (“their own” referring to protesters and not anyone of a particular racial-ethnic group), infiltration by “undercover cops” and ideological opponents, hijacking by radical “allied” elements, and simple crowd psychology make it almost impossible nowadays for there to be large-scale nationwide peaceful protests over any issue, especially for any long length of time.

Terrorist networks like Antifa have been planning for years to exploit events that they consider to be “perfect opportunities” for highly publicized and extremely effective attacks such as the initially well-intended attempt to coordinate large-scale nationwide peaceful protests in response to the viral footage of cop-on-black violence.

It’s obvious that practically all Mainstream and Alternative Media outlets support the spree of urban terrorism that emerged from the originally peaceful protest movement, actively covering up for this nationwide crime wave by “justifying” it as a “political”/”revolutionary” movement that aims to “improve everyone’s lives”.

* People Are Being Exploited As Pawns For Political Ends:

Those individuals participating in the unprecedented unrest — and especially African-Americans — are being exploited as pawns for political ends related to destabilizing the US ahead of the November elections, being led by the “deep state’s” Antifa proxies like sheep to the slaughter to provoke a so-called “race war”.

Predictions For The Coming Future

* Trump Must Finish The Job:

It’s not enough simply to sweep America’s streets of the scum that’s violently taken control of them (using lethal means if necessary), but their criminal, terrorist, financial, media, international, “deep state” conspiratorial, and other networks must absolutely be dismantled in order to sustain any tactical gains.

* The Police State Can Be Used For Positive Purposes:

Practically everything that everyone does in the US is spied upon by the NSA and “Big Tech” irrespective of whether it’s legal or moral to do so, but the “politically taboo” police state that officials refuse to speak about can finally be put to positive use to dismantle the aforementioned networks and help Trump finish the job.

* Winning The War Is Different From Keeping The Peace:

Even in the event that the previously identified networks are dismantled, the security services must keep the peace on the streets by strengthening their local presence (both behind the scenes and in person), but they must also rely on “soft” means too such as the state’s extension of sufficient socio-economic support for all in order to help rebuild after the Hybrid War ends and deter any criminally inclined individuals from resuming it.

* Mutual Suspicion Will Remain Between All Sides:

Although some people will awaken to the reality that they and their compatriots were exploited as pawns in a political plot, the majority of Americans will still remain suspicious of one another along racial, class, party, and government lines (people vs. government & government vs. government [local vs. state vs. federal]).

The undeniable and quite possibly irreconcilable divisions within American society mentioned above could much more easily be exploited by external players through social media, (covertly) government-organized NGOs (GONGOs), and armed support to terrorists just like the US has done to countless others over the decades.