Israel and US are Staging a War while EU Stands By

On May 25, Israeli Prime Minister Benjamin Netanyahu said that his new government has six key goals, the main one being to implement what US President Donald Trump describes as “the deal of the century” — the annexation of parts of Samaria and the Jordan Valley. Netanyahu called implementing US President Donald Trump’s peace plan “a historic opportunity that we will not let be missed.” Netanyahu has set July 1 as a starting point for cabinet discussions on his plan to extend Israeli sovereignty to Jewish settlements and the Jordan Valley in the West Bank.

“It’s time to apply the Israeli law and write another glorious chapter in the history of Zionism,” Netanyahu said on March 17 during a meeting for the Knesset General Commission to discuss the swearing in of the new coalition government, adding that “these territories [illegal Israeli Jewish settlements in the occupied West Bank] are where the Jewish nation was born and grew.”

However, it must not be forgotten that annexing the occupied West Bank is a glaring example of international law being breached, where about one-third of Palestinian land in Judea and Samaria has been illegally occupied by Israeli settlers over the second half of the last century. This happened after Israel seized this land following the Six-Day War fought in June 1967 between Israel and the Arab states. That being the case, Palestine was supposed to be established on the West Bank, but it did not come into being at the same time as Israel in 1948, nor after the Israeli and Palestinian leaders agreed to separate and create two states in the 1990s.

Strictly speaking, the State of Palestine exists as a de jure sovereign state recognized by two-thirds of the world’s countries, but in reality it does not have full control over its territory or borders. If Israel is now going to officially and legally annex part of Palestinian territory it will be the final nail in the coffin, scrapping any hope left of finding a peaceful resolution to the Israeli-Palestinian conflict. in an interview with the German news magazine Der Spiegel, Jordan’s King Abdullah II warned that a massive conflict could break out with Israel if Tel Aviv goes ahead with plans to annex large parts of the occupied West Bank, stressing that Tel Aviv’s illegal moves would lead to chaos and a rise in extremism throughout the entire region.

“The deal of the century” proposed by US President Donald Trump last year — a Palestinian-Israeli peace plan with American-style demarcation — has provided a great deal of leverage that has undoubtedly influenced Israel’s decision to annex Palestinian territory. But not only was this plan immediately rejected by the Palestinians and all Arab states, it was also thrown out by many other countries, and no negotiations took place to discuss it and none will take place. The only thing that Israel can be sure of is that the United States is the only country that would acknowledge such an illegal annexation.

This kind of “support” Washington is offering Tel Aviv could not only spell disaster for the United States in the near future, it could also be disastrous for the entire Middle East, including Israel itself. Since the days of America’s 36th President Lyndon B. Johnson, Israel has used US support to pursue an irrational policy towards its neighbors, dragging Washington into conflicts that could have been avoided. Thanks to its impressively powerful lobbying in the US, Israel has received more than $ 100 billion in direct foreign aid from the US Treasury. The Jewish state has received triple that amount through secret agreements on trade and joint activities approved by Congress. which it controls through its lobbying.

The moves the United States has taken to support Israel’s annexation of Arab territory would hardly cause anyone to bat an eyelid today. This is not only given the numerous wars of aggression and interventions Washington has led in the Middle East and other regions around the world in recent decades. Let’s not forget that the United States annexed several republics in the past, which once existed on what is now US territory.

– The Vermont Republic which was established in 1777 at the height of the American Revolution declared independence from the United States and from Great Britain. The independent state was originally called New Connecticut but its delegates soon changed the name to Vermont, and it existed until 1791 when Vermont was officially annexed by the United States as the 14th state. Many people in this state came together following the September 11 attacks in 2001 to form a secessionist group within the US state of Vermont called the Second Republic of Vermont, who are now fighting to restore its former independent status as the Vermont Republic.

– The Republic of Texas was also once an independent state, which was part of north-eastern Mexico until the mid-1830s. Following the Texas war of independence, Texas separated from Mexico in 1836, and remained an independent state until 1845. The Texian leaders had ambitious plans to extend their national boundaries to become a huge state stretching to the Pacific Ocean. On December 29, 1845, Texas became the 28th US state.

– The California Republic was another state proclaimed an independent republic on June 14, 1846, after the Mexican–American War had broken out. The state lasted less than a month, and the land was annexed by the United States when American sailors and marines landed on the beach at Monterey Bay in California on July 7.

– The Republic of West Florida was founded as a result of two border disputes involving Spanish Florida and the United States known as the West Florida Controversy, but this land was annexed when West Florida was invaded by US troops in 1810.

Now with the obvious military and political support of the White House, Israel has chosen to follow a similar path of illegally annexing previously occupied Arab territories and officially approving its actions through legislation. Many countries and political leaders, including US Democrats, have already voiced their opposition to this move, which will undoubtedly provoke a further escalation of the situation in the Middle East, and could even provoke an armed response from the Palestinians and the forces supporting them. The Arabic-language London-based daily Al-Quds Al-Arabi writes that the British Parliament’s House of Lords has called on the British government to impose sanctions against Israel should Israeli sovereignty be extended to the West Bank.

The European Union intends to use its diplomatic clout to prevent unilateral action being taken by Israel to annex Palestinian territory, said EU High Representative for Foreign Affairs and Security Policy Josep Borrell. However, Reuters reported that when 27 EU foreign ministers discussed the Israeli government’s intention to annex the Jordan Valley at a meeting in Brussels on May 15, they failed to reach a consensus on what action to take to address the issue. A group of EU countries, including France, Belgium, Luxembourg, Spain and a number of other countries, tried to push through their proposition of introducing EU economic sanctions against Israel if it goes ahead with its annexation plans, which would include banning Israel from taking part in the Horizon Europe 2027 scientific and technological research and innovation framework program. However, these calls for punitive measures were rejected, with countries clearly under pressure from the US and Israel, which had previously called on friendly countries in European Union not to endorse suggestions to impose any anti-Israel sanctions or proposals over its intentions to annex the Jordan Valley. At the same time, Israel deftly dismisses any rhetoric condemning Israeli occupation or support for the Palestinians as anti-Semitism, blatantly exploiting the guilt Europe shoulders for the Holocaust, once limited to Germany’s guilt, which has recently been blown out of proportion to become pan-European guilt.

The double standards of EU officials, who are under pressure from Washington, also stand out when it comes to their policies on sanctions. Numerous sanctions were leveled against Moscow over Crimea, which became a part of Russia following the results of a referendum which reflected the will of the people living on the Crimean Peninsula, yet Europe’s political elite bit their tongues and refrained from taking any militant action in response to the bloodshed and explosive issue of Jerusalem and the West Bank. By standing by and doing nothing, Europe could be responsible for new armed conflicts potentially breaking out in the Middle East.

The Islamophobia Industry and the Israel Lobby 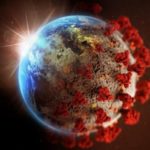