Does Democracy Protect Against Fascism?

For two hundred years, the United States has stood as the poster-child of democracy, while expediting its enemies with energy to spare. But questions about the future are suddenly causing the Washington Beltway (politicians and the media) to turn in circles, obsessed with getting rid of Trump and what he stands for, yet knowing that the Democratic candidate is unlikely to succeed.

Never had national news been so dramatized as in the 2016 run-up to Donald Trump’s election, the media inadvertently working to influence the outcome. Confronted with the result of its dramatizations, for a time it tried to control itself; but when the President’s thoughtless medical decisions led to thousands of civilian deaths, it reverted to its old ways, with the result, among many others, that foreign news, always scarce, was all but eliminated. Thus, when the man in charge of relations with the outside world is accused of serious misbehavior, its reports are desultory.

In mid-January I signaled that the hard-line Pompeo appeared to have presidential ambitions, confirming that insight in early March :

“Trump’s Secretary of State, Mike Pompeo, who habitually exhibits a Cheshire cat smile, is rumored to be eyeing a seat in the Senate; but recently, while beefing up his website, he claimed that he would remain in his current job ‘as long as the President wants me’. Call me rash, but I have the distinct impression that he plans to run against Trump in the presidential election. This would imply that ‘the war party’ or ‘the deep state’ or whatever is the most appropriate label for the latest purveyors of Washington’s bloodlust, has decided that Trump’s preference for deals over war can no longer be tolerated. I’m reminded that back in January, as the members of the cabinet filed into the Congressional chamber to hear the president’s State of the Union, Pompeo alone could be seen shaking legislators’ hands one by one as he moved forward, exhibiting the benevolent smile reserved by White House tenants for their assembled minions.”

Fast forward, as the media bore down on the Covid pandemic, perhaps as a diversion, President Trump went on a firing spree, dismissing several Secretaries and Inspectors General in the space of a few months, going former President Nixon’s 1973 ‘Saturday night massacre’ several better. When ordered to fire the special prosecutor in charge of the Watergate investigation, Nixon’s Attorney General resigned, his deputy doing likewise, in an unprecedented rebellion. Nothing similar happened to prevent Trump from indulging in a series of Friday night massacres, when public attention drops off for the weekend. His most recent dismissal, that of the State Department’s Inspector General, confirmed my suspicions about Pompeo.

According to initial reports, the State Department I.G. reported that Secretary Pompeo was using a political appointee to walk his dog and fetch the family dry cleaning; but when this made everyone look silly against the backdrop of Covid 19 and threats to China, the real reasons were provided: Pompeo had personally approved arms sales to Saudi Arabia over Congress’s head. Worse yet, given Washington’s obsession with legality, he and his wife had hosted several formal dinners at the State Department for well-heeled Republican contributors. (In case anyone failed to get the message, they were called ‘The Madison Dinners’, after the early American conservative lawmaker, James Madison.) As the media explained, the country’s top diplomat is expected to wine and dine foreign dignitaries, but hosting private events at the ‘tax-payers’ (i.e., the government’s) expense is a no-no.

Pompeo’s response revealed the real persona behind the pasted on affable smile: never departing from his controlled smile as he showed a hint of teeth, he announced that in fact, he had asked the president to fire the Inspector General who had outed him.

For three years, the media has played up anti-democratic behavior by the president, while Pompeo’s free-wheeling went unchallenged. He appeared in Jerusalem to support Israel’s plan to annex the West Bank; in Ukraine, the US’s corrupt creation on Russia’s doorstep, as well as in Kazakstan and Uzbekistan, two Muslim neighbors of Iraq, Iran and Afghanistan, who happen to be located on Russia’s southern border, where he announced “our shared commitment to peace, prosperity, and security in Central Asia.” He is clearly in charge of China policy, not to mention Russia, though it was the White House that announced the US departure from the Open Skies Treaty that allows reciprocal spying on military installations in order to avoid nuclear war.

As the President’s armed base threatens violence over the Corona lockdown, the media wakes up to the threat of fascism, perhaps realizing that democracy is an aspiration rather than an insurance.

Americans should worry about the Cheshire cat’s feral ancestry. 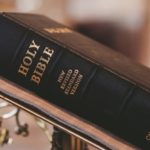 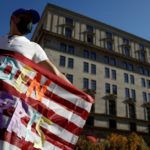 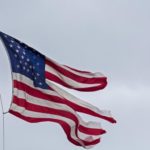 The US Political System Is the Last Thing Holding the Country Together; The 2020 Election Is About to Destroy It 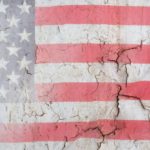