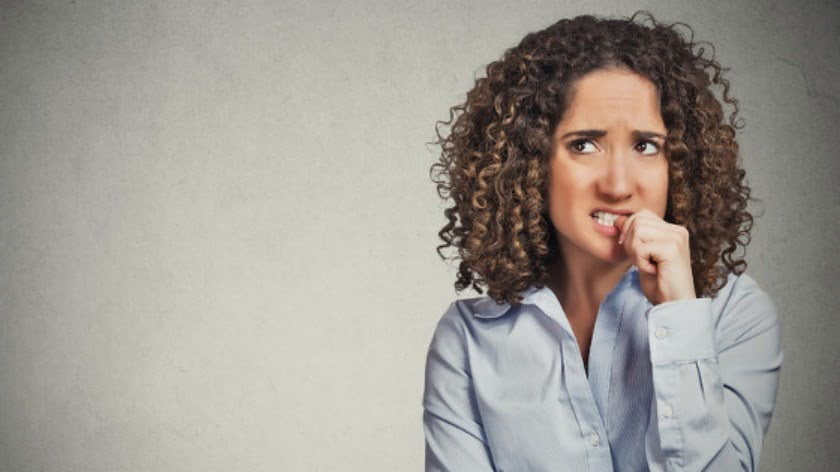 Is anxiety affecting your life negatively? Don’t fret — you can soothe your spirit and hunger with these five anxiety-relieving foods that are good for your body and your mood

According to the American Psychiatric Association, nearly two-thirds of U.S. residents surveyed in 2017 were “extremely or somewhat anxious” about the health and safety of themselves and their families, with more than a third feeling “more anxious overall” than they did in 2016.[i]With more recent data indicating that feelings of anxiety are on the rise,[ii] and have since skyrocketed due to COVID-19 and related shutdowns and stay-at-home orders, it’s important to know what to do to keep your central nervous system calm and supported during times of increased stress.

While allopathic doctors generally advocate pills to treat anxiety, there is mounting evidence showing that these medications can have many negative side effects including addiction, depression, suicide, seizures, sexual dysfunction, headaches and more.[iii]

Practitioners of natural health know that food is the best medicine, and some foods are better than others when it comes to soothing body and mind. Here are five of the top foods to eat to stimulate feelings of calm and well-being from the inside-out.

Cold-water fishes like salmon, cod, mackerel and sardines are under-consumed in the U.S., which culturally favors protein from sources like beef and chicken. This is a dietary misstep if you want to quell anxious energy. Rich in the essential amino acids L-lysine and L-arginine as well as healthy omega-3 fatty acids, increasing your intake of clean fish may help relieve anxiety by promoting a healthy brain and enhanced mood.

Studies have shown that individuals with L-lysine deficiency are at higher risk of anxiety,[iv] while L-lysine supplementation lowers anxiety and reduces the impact of stress.[v] In clinical trials, supplementation with L-arginine reduced synthesis of cortisol, a major stress hormone, in healthy human subjects.[vi]

Consumption of adequate levels of omega-3 fatty acids has been shown to enhance mood[vii] and reduce the risk of anxiety.[viii]Supplementation for a period of three months with a high-quality source of omega-3s has even been shown to support withdrawal-related anxiety in a trial with substance abuse patients.[ix] Just a few servings per week of healthy fish may be sufficient to receive these benefits.

Widespread pollution of our oceans as well as the environmental impacts of overfishing have made some people wary of eating fish. The Environmental Working Group (EWG) has produced a useful guide to choosing the most nutritious and clean fish from sustainable sources, including a calculator to help you customize portion sizes for optimal nutrition while minimizing negative impact on the planet.[x]

Many essential proteins and fats are available from nuts like Brazil nuts, almonds and walnuts, plus vitamins D and E and the mineral selenium, all proven to reduce anxious feelings.

Vitamin D has been studied for its positive effects on mood, possibly due to its action as a steroid hormone with many important functions in the brain. Vitamin D deficiencies have been linked to multiple behavioral disorders, including anxiety and depression in patients with fibromyalgia.[xi] A study on mice showed that specimens with fewer vitamin D receptors in the brain demonstrated increased anxiety-like behaviors, suggesting that adequate vitamin D intake can be an important factor for healthy emotional behavior.[xii]

Almonds are a potent source of vitamin E, a powerful scavenger of damaging free radicals, which is linked to a healthy brain response to fearful conditions. Vitamin E supplementation was found in one animal study to improve fear response in rats that were exposed to healthy vitamin E levels in utero, versus impaired fear response and increased anxiety in rats whose mothers were deprived of this essential nutrient during pregnancy.[xiii] One cup of ground almonds (a great addition to many recipes) provides 125% of an adult’s Recommended Daily Allowance (RDA) of vitamin E.[xiv]

Brazil nuts are one of the best sources of selenium, an essential trace mineral that is critical for optimal health. A clinical trial of adults who were supplemented with 100 micrograms (mcg) of selenium per day reported less anxiety than the placebo group. According to the report, the lower the level of selenium in the diet, the higher the levels of anxiety, depression and tiredness among patients, all of which decreased following five weeks of selenium therapy. [xv]

Adults over 14 years of age are recommended to intake 55 mcg of selenium each day.[xvi]A small handful of Brazil nuts (six to eight nuts) delivers a whopping 544 mcg, more than enough to take the edge off your mood.[xvii]

All of these nuts provide essential amino acids and fatty acids that produce the mood-regulating hormones serotonin and dopamine, adding to their potential for helping to regulate mood and improve overall mental health.[xviii]

Fermented foods like yogurt have long been acknowledged as beneficial for gut health due to the presence of friendly bacteria known as probiotics, which help protect the gastrointestinal (GI) tract against harmful pathogens and potentially dangerous microbes. As the understanding of the gut-brain connection develops, science is further acknowledging the benefits of fermented foods on brain health and even mood regulation.

This beneficial activity may be due to probiotics’ neuroprotective effect on the brain. A study on healthy women with no gastrointestinal or psychiatric symptoms showed that ingesting a fermented milk product with probiotic for four weeks led to “robust alteration” within specific brain regions that control processing of emotion and sensation, leading researchers to assert that consuming such probiotic-rich foods may work to prevent anxious feelings from developing.[xx]

Other studies on animals and humans have shown that fermented food consumption is associated with fewer symptoms of social anxiety[xxi] and lowered risk of depression.[xxii]

Having a daily tea ritual is a great way to weave a moment of calm into your days. Besides the benefits of taking a break from daily concerns to boil water, select a cup and let it steep, drinking tea is a great way to boost your brain’s ability to ward off stress. There are more than 400 reasons to drink green tea, and for most adults today, feeling less stressed is at the top of the list.

A Singapore study on 60 healthy seniors showed that those with a regular tea habit had brain scans showing improved brain organization brought about by tea’s ability to prevent disruption of interregional connections. In other words, the different brain regions had more and healthier interconnections; they were more organized with better hemispheric symmetry.[xxiii]

Green tea’s magical properties are attributed primarily to L-theanine, an active polyphenol in green tea that may be at the heart of its ability to calm nerves and fortify the brain. An amino acid, theanine produces a soothing effect by stimulating production of GABA and dopamine, neurotransmitters known to play a role in anxiety[xxiv]and pleasurable sensations.

Green tea contains another potent phytochemical called EGCG, short for epigallocatechin-gallate, another polyphenol in green tea that has gained a lot of attention as a potential therapeutic agent for preventing neurodegenerative inflammatory diseases.[xxv]And if you need any more reasons to start a green tea habit, regular tea drinking may bolster the immune system to prevent influenza infection.

If you’re wondering how much is too much, the answer is it’s very hard to overdo green tea consumption. A 2009 study conducted in Japan, one of the largest consumer countries of green tea, found that those who consumed more than 5 cups per day had significantly less stress than those who drank less than 1 cup per day.[xxvi] In other words, the more you drink, the better you feel. So, put on the kettle and start feeling better.

While you engage in afternoon tea, why not break off a square (or two) of fine dark chocolate? Don’t worry about the jitters one might associate with chocolate; dark chocolate is clinically shown to improve anxiety and deliver a potent feel-good boost of serotonin.[xxvii]

Cocoa contains more active phenolic antioxidants than most foods, a factor that can benefit brain function.[xxviii]One could argue that dark chocolate tastes better than most foods too, a factor that has been clinically shown to impart a soothing effect to individuals who are prone to mood disorders.[xxix]

Dark chocolate isn’t just about taste; it’s got minerals like magnesium that are important for brain health and mood. A large square of dark chocolate with 70% to 85% cacao provides around 36 milligrams (mg) of magnesium, nearly 10% of the U.S. RDA for adults.[xxx]

Magnesium is considered an essential supplement for psychiatric patients due to the role it plays in calming the nervous system.[xxxi] A 2011 study of highly stressed individuals showed that eating 40 grams of dark chocolate every day for two weeks led to participants reporting significantly lower stress levels than participants eating milk or white chocolates.[xxxii]

Eating dark chocolate has been shown to boost the neurotransmitter serotonin, which can lead to fewer and milder feelings of anxiety due to an enhanced ability to manage stress.[xxxiii]By adding a serving of dark chocolate to your day, you can impart a wide array of self-care benefits to both enhance your mood and increase your resilience to life’s daily stressors. There is no reason not to indulge.

[viii] Appleton KM, Rogers PJ, Ness AR. Is there a role for n-3 long-chain polyunsaturated fatty acids in the regulation of mood and behaviour? A review of the evidence to date from epidemiological studies, clinical studies and intervention trials. Nutr Res Rev. 2008;21(1):13-41. https://www.ncbi.nlm.nih.gov/pubmed/19079852

If hot peppers make you feel like you’re dying, first drink some milk. Once your mouth cools, you’ll be glad to know hot red peppers might be associated with a longer life. A study by University of Vermont researchers, which was published in PLoS ONE earlier this month, looked at a large-scale US health survey…

Flu and cold season are just around the corner. Before your immune system is rundown by the flu virus, start boosting your immune system with natural medicine. By doing so, you are fighting off the infection before it overtakes your body, thus, significantly reducing being prone to colds and flus. I am a firm believer… 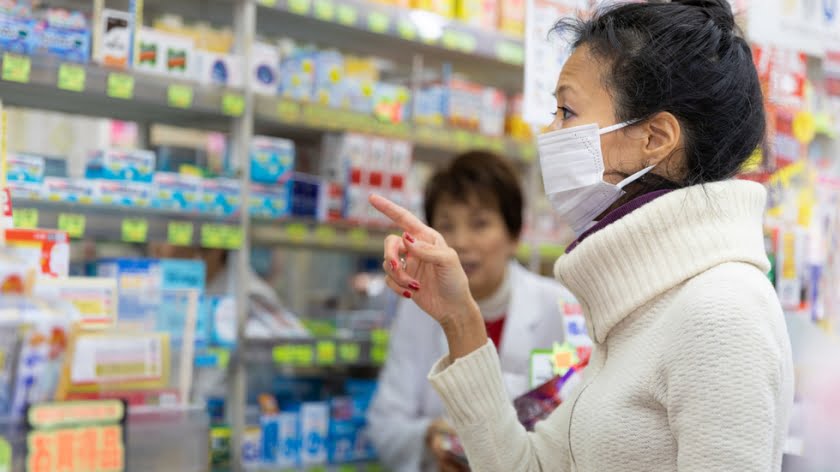 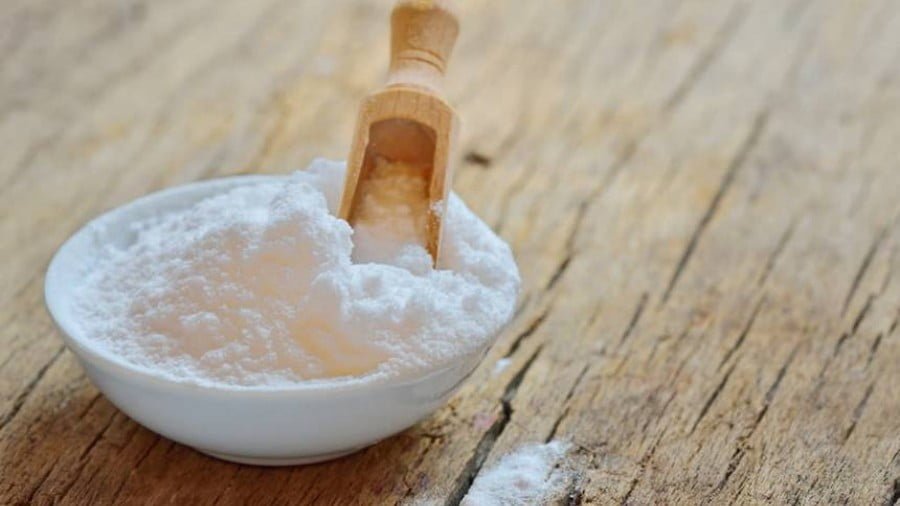 Winter is a busy, festive time of year. It’s also a time when more people tend to get sick. What exactly is it about this time of year that encourages aches and sniffles? “Catching a chill” has long been suspected as a cause of winter ailments and, for just as long, has been dismissed as…