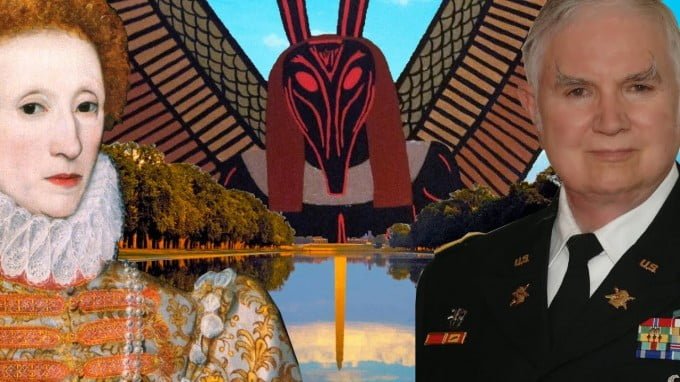 At the end of June, the US Department of Justice reported that 22-year-old US Army Private Ethan Melzer had been planning to murder his fellow service members. While in his military unit, he had been sending sensitive information to his co-conspirators about its location, movements and security measures. He is being accused of terrorist activities and threatened with life imprisonment. The conspiracy was discovered in May 2020 and, on 10 June, Melzer was arrested by the FBI. Unlike similar stories, which have been related solely to Islamic extremists and ISIS sympathisers, the suspect was a member of a different group. It is called the Order of the Nine Angles (O9A), a neo-Nazi organisation with an occult ideology. According to the indictment, meanwhile, Melzer was motivated by racial hatred, and the information was sent to a number of extremist organisations, including al-Qaeda.

According to the US Justice Department, the ideology of O9A includes neo-Nazism, anti-Semitism and Satanic beliefs, and its followers do not just admire Adolf Hitler, but Osama bin Laden as well. Members and associates of the organisation carry out acts of violence, including murder.

The suspect has fully admitted his guilt, stating that the mass murder was planned as a “jihadi” attack, and acknowledged that he would be killed in the crossfire. He also called himself a “traitor” during questioning.

There is a lot of information about O9A on the Internet, including a detailed analysis of the group’s ideology and a description of its ritual practices. It was founded in the United Kingdom in the 1960s, and branches spread throughout the world in the 1980s. In the UK itself, the group’s leaders incite its followers to take action, which is usually along the lines of anti-government behaviour.

Many researchers believe that the group is one of the world’s three most influential Satanic organisations along with the Church of Satan and the Temple of Set.

The activities of organisations like these in the US have not surprised anyone for a long time, since they are all part of the norm for a liberal democratic society. Lately, the number of such groups has flourished, either branching off from previously established organisations or newly formed groups identifying as Pagan or Satanic.

Founded by Anton Szandor LaVey, the Church of Satan became a synonym for North American hedonism and materialism. The activities of the Temple of Set in the context of the US armed forces is more interesting, since the founder of this sect was a military officer in the US Army. And not just a mediocre functionary either, but the developer of a handbook on religious tolerance for the US armed forces.

Michael Aquino worked as a military intelligence officer specialising in information operations. Initially, he was a member of LaVey’s Church of Satan. While deployed in Vietnam, where he took part in the Phoenix Program, he wrote a tract entitled “Diabolicon” and founded his own Temple of Set in 1975. Upon his return to the US, he continued his work on psychological warfare and mind control.

It is known that, in the early 1980s, he performed a solitary rite at the Castle of Wewelsburg in Germany, which was the headquarters of the Schutzstaffel’s Ahnenerbe research group and the location for the ideological training of SS officers, where he established another organisation – the Order of the Trapezoid. Aquino was in Germany on official NATO business. A former member of the Temple of Set, Ronald Barrett, alleged that Aquino incorporated rituals into his organisation “with strong overtones of German National Socialist Nazi occultism”. In 1987, Aquino was accused of paedophilia, child abuse and child pornography, but, due to a lack of evidence (or, more likely, the protection of high-ranking officials in Washington), the police dropped the case.

Alongside his Satanic activities, Aquino continued his military service (he was even awarded the Medal of Merit in 1994) and worked as a professor at a university in California. At some point, he became a self-proclaimed Scottish baron and an honorary member of a number of occult societies and Masonic lodges.

Aquino was involved in the creation of a guidance booklet for US military chaplains, which, in addition to traditional denominations, included Satanic and occult sects. This led to increased demands by aggressive military personnel who identified as Satanists.

In 1999, a number of Christian organisations in America issued a statement on the need to boycott the US Army over its support of various Satanic sects. Their opinion was ignored, however. More than that, they were actually referred to the US Constitution, which forbids discrimination on religious grounds.

With each passing year, support for members of dubious sects in the US armed forces has only increased.

In 2011, it was reported in the media that the US Air Force was to be given $80,000 to build a Stonehenge-style circle for any future officers who identify as Pagans, Druids and Wiccans to perform their ceremonies.

The site was later used to teach about witchcraft, ‘Faery Magick,’ and voodoo rituals.

In late 2019, a study group was set up at the US Naval Academy in Annapolis for those interested in Satanic rituals. This involved the members of yet another sect, The Satanic Temple, which is described as an atheist religious organisation that is politically active. The sect is famous for commissioning a statue in the US of Baphomet, with children standing on both sides, that caused a scandal.

Thirteen US Army bases, 12 US Air Force bases, 11 US Naval bases and two US Marines bases, including overseas installations in Qatar, Japan, South Korea and several aircraft carriers, have special places to support the needs of Pagans and Satanists on active duty. There is also a special Pagan blessing for the US military and a special Pagan chevron.

Pagan and Wicca veterans of the US armed forces are members of the Order of the Pentacle, which has been officially recognised by the United States Department of Veterans Affairs since 2007.

Satanists are provided with legal assistance by the Military Religious Freedom Foundation, established in 2005. Its founder, Mikey Weinstein, stated in one of his articles that his foundation’s activities are aimed at “well-funded gangs of fundamentalist Christian monsters who terrorize their fellow Americans by forcing their weaponized and twisted version of Christianity upon their helpless subordinates in our nation’s armed forces.” In other words, persecuting members of traditional Catholic and Protestant denominations in the US.

As the Melzer case shows, members of new sects are often unwilling to show tolerance. In 2013, the Family Research Council published a report that talked about the “growing hostility” to Christianity in the US armed forces. From year to year, the monitoring of conservative organisations in the US has produced increasingly pessimistic data. In October 2017, four US Air Force service members were arrested for spray-painting Satanic symbols on a historic Christian church in South Carolina, built in the first half of the 19th century.

In 2018, the commander of Warren Air Force Base (Wyoming) banned the use of the Bible.

Despite Donald Trump’s attempts to restore traditional values in the US, current trends point to a continued moral decay and spiritual degradation in the country that will inevitably lead to an increase in various destructive sects and displays of violence by their followers. 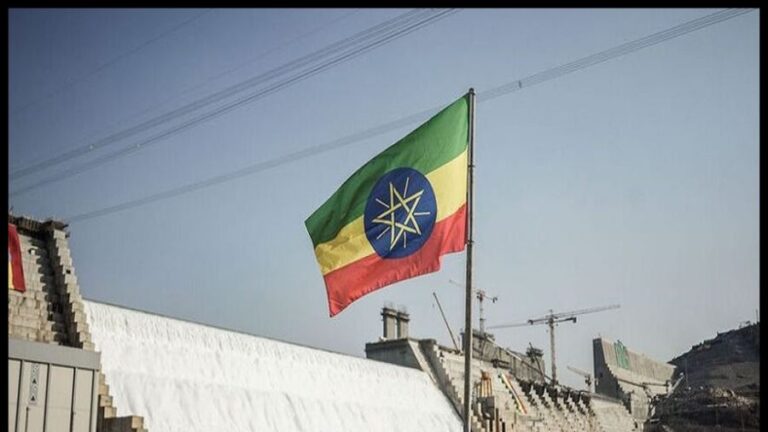 Egypt considers itself an aspiring hegemon that expects to wield transregional influence over North Africa, East Africa, and the Levant. It feels challenged by Ethiopia’s peaceful rise as a developmentally driven and fiercely sovereign Great Power due to the zero-sum influence exerted upon its decisionmakers by their American ally. Ethiopia planned third filling of the…

Hopes for the Trump administration are not burning brightly. Trump’s military chief, Gen. Mattis, is turning out to be true to his «mad dog» nickname. He has just declared that Iran «is the single biggest state sponsor of terrorism in the world». Where is the evidence for this ignorant accusation? There is none. If truth be spoken,… 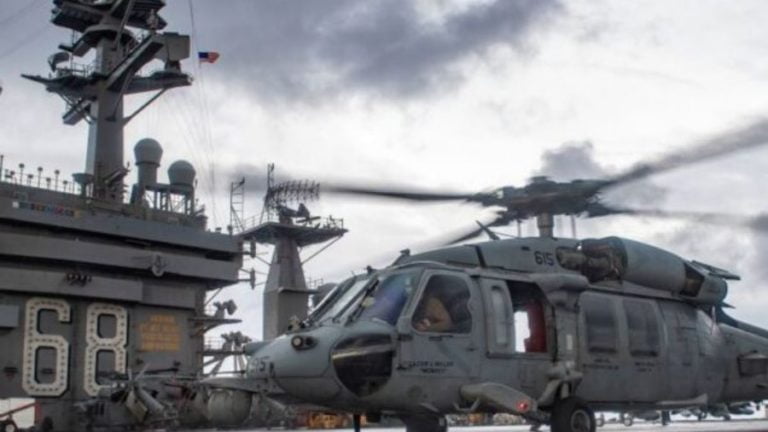 President Biden’s beacon has been deflected to the rugged trails of aggression, Brian Cloughley writes. The Washington Post put it gleefully by headlining that as a result of the January 26 Biden-Putin telephone call “The Biden-Putin relationship is already on the rocks.” It was no surprise that the profoundly anti-Russia Post would take an entirely… 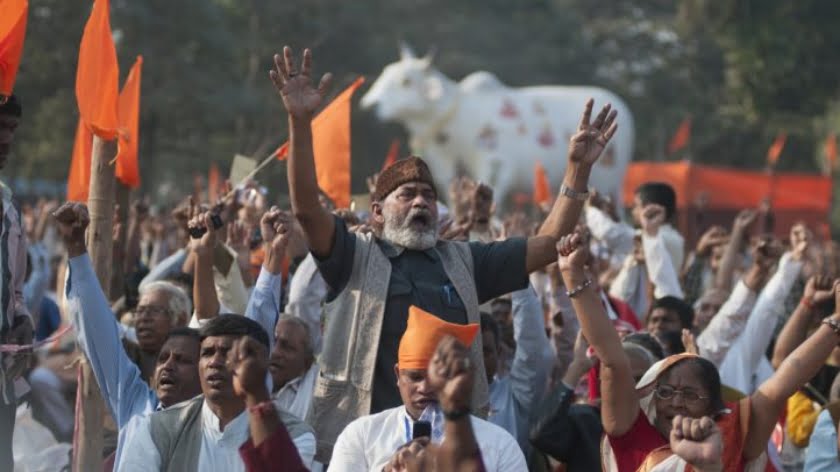 In the beautiful and terrifying novel The City of Devi, communal hatreds escalate in India and Pakistan until the two countries feel compelled to threaten each other with nuclear weapons. At least, it starts out as a threat. Pakistan vows to take out Mumbai, and India will level Karachi. But everyone involved knows that nuclear…