Kazakhstan May Hold the Secret for Greater Eurasia

The no holds barred US-China strategic competition may be leading us to the complete fragmentation of the current “world-system” – as Wallerstein defined it.

Yet compared to the South China Sea, the Korean peninsula, the Taiwan Straits, India-China’s Himalayan border, and selected latitudes of the Greater Middle East, Central Asia shines as a portrait of stability.

That’s quite intriguing, when we consider that the chessboard reveals the interests of top global players intersecting right in the heart of Eurasia.

And that brings us to a key question: How could Kazakhstan, the 9th largest country in the world, manage to remain neutral in the current, incandescent geopolitical juncture? What are the lineaments of what could be described as the Kazakh paradox?

These questions were somewhat answered by the office of First President Nursultan Nazarbayev. I had discussed some of them with analysts when I was in Kazakhstan late last year. Nazarbayev could not answer them directly because he has just recently recovered from Covid-19 and is currently in self-isolation.

It all harks back to what was Kazakhstan really like when the USSR dissolved in 1991. The Kazakhs inherited a quite complex ethno-demographic structure, with the Russian-speaking population concentrated in the north; unresolved territorial issues with China; and geographical proximity to extremely unstable Afghanistan, then in a lull before the all-out warlord conflagration of the early 1990s which created the conditions for the emergence of the Taliban.

To make it even harder, Kazakhstan was landlocked.

All of the above might have led to Kazakhstan either dispatched to political limbo or mired in a perpetual Balkan scenario.

Have soft power, will travel

Enter Nazarbayev as a fine political strategist. From the beginning, he saw Kazakhstan as a key player, not a pawn, in the Grand Chessboard in Eurasia.

A good example was setting up the Conference on Interaction and Confidence-Building measures in Asia (CICA) in 1992, based on the principle of “indivisibility of Asian security”, later proposed to the whole of Eurasia.

Nazarbayev also made the crucial decision to abandon what was at the time the fourth nuclear missile potential on the planet – and a major trump card in international relations. Every major player in the arc from the Middle East to Central Asia knew that selected Islamic nations were extremely interested in Kazakhstan’s nuclear arsenal.

Nazarbayev bet on soft power instead of nuclear power. Unlike the DPRK, for instance, he privileged Kazakhstan’s integration in the global economy in favorable terms instead of relying on nuclear power to establish national security. He was certainly paving the way for Kazakhstan to be regarded as a trustworthy, get down to business neutral player and a mediator in international relations.

The trust and goodwill towards Kazakhstan is something I have seen for myself in my pan-Eurasia travels and in conversations with analysts from Turkey and Lebanon to Russia and India.

The best current example is Astana, currently Nur-sultan, becoming the HQ of that complex work in progress: the Syrian peace process, coordinated by Iran, Turkey and Russia – following the crucial, successful Kazakh mediation to solve the Moscow-Ankara standoff after the downing of a Sukhoi Su-24M near the Syria-Turkish border in November 2015.

And on the turbulent matter of Ukraine post-Maidan in 2014, Kazakhstan simultaneously kept good relations with Kiev and the West and its strategic partnership with Russia.

As I discussed late last year, Nur-sultan is now actively taking the role of the new Geneva: the capital of diplomacy for the 21st century.

The secret of this Kazakh paradox is the capacity of delicately balancing relations with the three main players – Russia, China and the US – as well as leading regional powers. Nazarbayev’s office boldly argues that can be even translated to Nur-sultan placed as the ideal venue for US-China negotiations: “We are tightly embedded in the US-China-Russia triangle and have built trusting relationships with each of them.”

In the heart of Eurasia

And that brings us to why Kazakhstan – and Nazarbayev personally – are so much involved in promoting their special concept of Greater Eurasia – which overlaps with the Russian vision, discussed in extensive detail at the Valdai Club.

Nazarbayev managed to set a paradigm in which none of the big players feel compelled to exercize a monopoly on Kazak maneuvering. That inevitably led Kazakhstan to expand its foreign policy reach.

Strategically, Kazakhstan is smack in the geographical heart of Eurasia, with huge borders with Russia and China, as well as Iran in the Caspian Sea. Its territory is no less than a top strategic bridge uniting the whole of Eurasia.

The Kazakh approach goes way beyond connectivity (trade and transport), two key planks of China’s Belt and Road Initiative (BRI), to get closer to the converging vision of BRI and the Russian-led Eurasia Economic Union (EAEU): a single, integrated Eurasian space.

Nazarbayev sees the integration of the Central Asian “stans” with Russia and with Turkic-speaking countries, including of course Turkey, as the foundation for his concept of Greater Eurasia.

The inevitable corollary is that the Atlanticist order – as well as the Anglo-American predominance in international relations – is waning, and certainly does not suit Asia and Eurasia. A consensus is forming across many key latitudes that the driving force for the reboot of the global economy post-Covid-19 – and even a new paradigm – will come from Asia.

In parallel, Nazarbayev’s office make a crucial point: “A purely Asian or Eastern answer is unlikely to suit the collective West, which is also in search of optimal models of the world’s structure. The Chinese Belt and Road Initiative clearly showed that Western countries are not psychologically ready to see China as a leader.”

Nur-sultan nonetheless remains convinced that the only possible solution would be exactly a new paradigm in international relations. Nazarbayev argues that the keys to solve the current turmoil are not located in Moscow, Beijing or Washington, but in a strategic transit node, like Kazakhstan, where the interests of all global players intersect.

Thus the push for Kazakhstan – one of the key crossroads between Europe and Asia, alongside Turkey and Iran – to become the optimal mediator allowing Greater Eurasia to flourish in practice. That is the uplifting option: otherwise, we seem condemned to live through another Cold War. 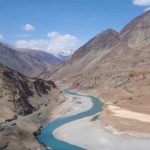 India and China: Behind the Conflict