Did Lukashenko’s Gun Stunt Help or Harm His Image?

Color Revolution-beleaguered Belarusian President Lukashenko surprised the world on Sunday after exiting a helicopter that landed on his palace grounds while dressed in body armor and holding an AK -47, which was a risky soft power stunt that could either do wonders for his image or completely backfire on him.

Belarusian President Lukashenko pulled a risky soft power stunt on Sunday after existing a helicopter that landed on his palace grounds while dressed in body armor and holding an AK-47 (which Sputnik reported didn’t have a magazine attached). He’s under immense pressure from an externally exacerbated Color Revolution to either step down and/or hold new elections as soon as possible, the latter of which he previously promised would happen only after the country’s planned constitutional referendum sometime in the undetermined future. As such, he felt compelled to send a very strong message to his compatriots and the West, hence his stunt, which could either do wonders for his image or completely backfire on him.

On the one hand, it presents him as a strong, decisive leader who’s willing to fight and die for his homeland. This image conforms with his recent statements about how the country is being threatened by a foreign-backed plot and is intended to inspire a patriotic reaction from his people. Instead of shunning his “tough guy” reputation in the Western media, he’s proudly embracing it in what he hopes will be a judo-like reversal of soft power fortune. Lukashenko is betting that his people will react positively to the image of their president geared up in body armor, holding an AK-47, and ready to defend Belarus. He doesn’t seem to care how his Western foes will react, which brings the analysis around to talking about the possible cons of this stunt.

The Western media will definitely exploit this image for the purpose of reinforcing their information warfare narrative that Lukashenko is a “desperate dictator” who’s “paranoid” and “clinging to power” despite the “people’s pro-democracy protests” against him. The anti-government forces in Belarus might also be emboldened, not intimidated, by what he did. Instead of seeing it as a sign of strength, they might (mis)perceive it as one of weakness. Those who want to stir up trouble might even speculate that the reason he’s armed (albeit without a magazine in his gun) is because he can’t even trust his own security services, though that narrative is debunked after footage emerged of them later cheering him outside his palace.

With these two possible messages in mind, it looks like his intended one of bolstering his reputation as a strong, decisive, patriotic leader will have more of a meaningful impact than the unintended one that’ll likely be propagated by the Western media and his domestic opponents of him as a “desperate dictator” and all that entails. It’s too early to tell whether this will inspire even larger patriotic rallies in his personal support and that of Belarus in general, but it’s definitely a possibility. Even so, it’s predicted that the opposition will almost certainly continue protesting against him, even if the country’s security services once again resort to the same heavy-handed tactics that they employed at the onset of the crisis.

Before concluding, it’s important to point out that the primary symbolism of his stunt — that he’s not going anywhere without a fight — is probably just as directed towards Russia as towards the West. US Deputy Secretary of State Stephen Biegun will be in Lithuania, Russia, and Ukraine this week to assess the feasibility of getting Washington, Moscow, and the opposition on the same page concerning a possible “phased leadership transition”. Although Lukashenko himself previously hinted at this scenario like the author analyzed at the time, he clearly has no intentions of being replaced anymore, hence his gun stunt on Sunday. It’ll therefore be interesting to see how he’d react if the US and Russia end up agreeing to a “pragmatic deal” on his political fate.

It Seems Russia is Rigging America’s Election, But is it True?

Questions on Russia’s Sputnik V Vaccine Answered, Time for Critics to Look for Plank in Own Eyes 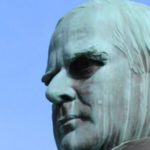 The Anarchist Assassination of U.S. President William McKinley and Its Links to the Murder of Tsar Alexander II
Opinion
BelarusColor RevolutionProtestsRegime ChangeRussiaWest