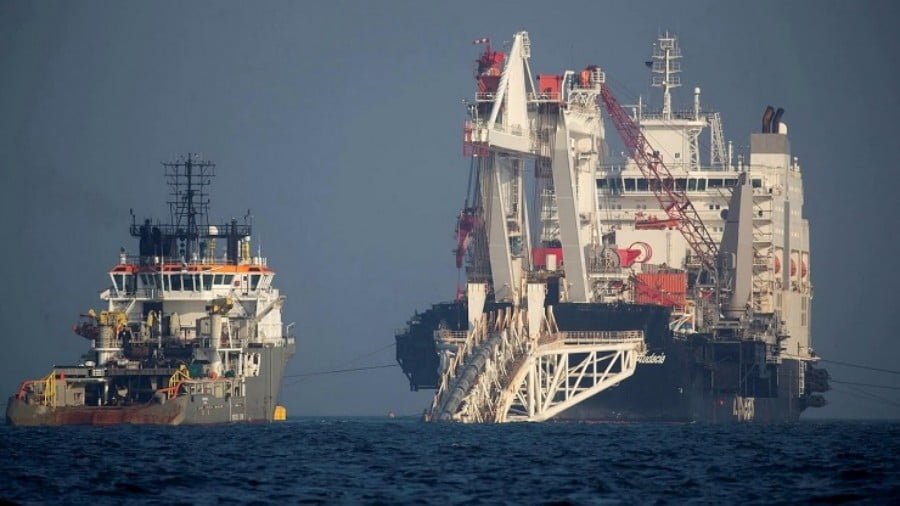 The United States has always regarded itself as the “exceptional “nation. That view may in many circumstances be relatively benign. It becomes less so when it is used as a justification for treating other countries as being less significant in the overall order of things. It is even less justifiable when that exceptionalism is taken as a justification for imposing one’s will and wishes upon the rest of the world. That is a tendency that has been a characteristic of United States foreign policy, certainly since the end of World War Two.

The United States has long assumed for itself the right to pronounce on the acceptability or otherwise of nations in its own geographical area under the so-called Munroe doctrine. This was a self-appointed role, certainly within the western hemisphere. It is a doctrine that still asserts itself as the recent interference in the domestic affairs of Venezuela and Nicaragua amply demonstrate.

Going back further in time, the United States has waged economic and political war on Cuba since the 1959 overthrow by socialist revolutionaries of the corrupt Batista regime. United States arrogance and exceptionalism is encapsulated in the United States’ retention of the Guantanamo Bay military base on Cuban soil despite the manifest wishes of successive Cuban governments that the United States should pack its bags and leave.

The total disregard for the wishes of the sovereign Cuban government is exemplified by the continued use not only of Guantanamo as a US military base, but the use of that base as a centre for the indefinite detention of persons deemed by the United States to be a threat to its national integrity.

Few points better illustrate the hypocrisy of the United States’ claim to be a democracy based on the rule of law than the indefinite detention, without trial, of persons defined by the United States government to be a threat. Most, if not all of those persons are accused of involvement in the attacks of 11th of September 2001 on buildings in New York City and Washington DC, or at the very least some form of association with those alleged terrorists.

The indefinite detention without trial of the accused persons persists for the very good reason that any genuinely fair trial would exonerate them of any culpability in the attacks in the United States on 11th of September 2001. This travesty of justice makes a continuing mockery of United States claims to be any kind of model democracy.

Since the end of World War II, the self-defined and self-justifying model has extended far beyond the original confines of the Munroe doctrine. This manifests itself in multiple ways, including a network of more than 800 United States military bases around the world, these days divided between Russia and China as the focus of their military targeting.

The infinite capacity for self-delusion of the western media is exemplified by their constant reporting of alleged Russian and Chinese ambitions to control the world while totally ignoring the profoundly aggressive and self-serving behaviour of the United States.

Another illustration of this relentless desire to control the fate of other nations is currently exemplified by the United States’ attempts to subvert the completion of the project known as Nord Stream 2.

The countries of Europe have developed economies and a generally high standard of living. In order to oil the machines of their economies however, and to warm their populations through the harsh European winter, they require energy. Apart from coal, now largely phased out on a variety of grounds, including environmental damage, they lack the means of fuelling their economies and heating or air conditioning their populations.

That is where Russian oil and gas enter into the picture, Russia enjoying an abundance of both and the means, motive and willingness to supply Europe. On any objective assessment, it is a classic, to use the Chinese phrase, win win situation. Europe has its energy needs met; Russia has a valuable source of foreign currency, and probably a political bonus from being a reliable and relatively cheap source of needed energy.

According to a recent (6 August 2020) report in Sputnik, a Russian news website, the Nord Stream 2 project will supply up to 55 billion cubic metres of natural gas per year from Russia to Germany, the latter country being the economic powerhouse of Europe.

Russian natural gas is to be supplied to Germany under the Nord Stream 2 project by pipeline, passing through the territorial waters of Denmark, Finland, Sweden, Germany and Russia itself. The pipeline is 1230 km in length, and at the time of writing had less than 100 km of construction needed to make its completion. The scheduled completion date is later in 2020, in what is estimated to be less than 100 days.

In July 2020 the final legal hurdle was overcome when Denmark approved the use of its territorial waters for a small section of the pipelines route. To view the matter in terms of the benefits that accrue to the supplying nation Russia and the recipient nations, including but not limited to Germany, is however to underestimate the geopolitics.

The United States, which wishes to sell its own, much more expensive, gas to Europe has opposed the project from the outset. The objective viewers response might well be, how is Europe’s energy supply a matter of grave concern to the United States, even putting to one side the obvious commercial interest in selling its own energy to Europe?

Such a question gravely underestimates the American objections. Firstly, the idea that Germany (and others) should make such decisions so manifestly in their own interest, is anathema to the Americans. For the past 70+ years the United States has imposed its will upon Europe’s nations and does not lightly accept any challenge to that hegemony.

Secondly, that the project is obviously in the economic and political interests of Russia is reason of itself for United States opposition. Successive US governments have been tireless in their portrayal of the “Russian threat”, and any mutually beneficial cooperation between Russia and its neighbours clearly undermines that propaganda.

The American opposition goes even further however, as enormous pressure has been applied at every juncture to cancel the project. This has included the imposition of United States sanctions on individuals, companies and countries that have been involved in the project. According to a recent report in the German news outlet Welt am Sonntag, United States officials from the Department of State, Energy and Treasury have approached European contractors associated with the project to ensure “they fully understand the consequences” of staying in the project.

This goes beyond expressing a point of view and seeking to encourage others to accept one’s own point of you. It is blatant and totally unacceptable interference in the rights and privileges of sovereign states and their independent companies and the rights of both to make decisions on their own perception of self-interest.

A new Bill currently before the United States Senate aims to extend sanctions to every state or company that has any involvement in the Nord Stream project. It was hardly a coincidence that within days of the Danish government given the green light to the use of its waters in the project that the United States Secretary of State Mike Pompeo made a sudden visit to the country. Only the terminally naïve would believe that Denmark’s recent agreement to participate in the pipeline was not both the motive for the visit, but also the main topic of Pompeo’s discussions with the Danish authorities.

Thus far, Pompeo’s pressure seems to have been unsuccessful. The project looks like being completed on schedule. Both Russia and Europe will benefit. Perhaps the most significant result however, is that the failure of United States pressure and sabotage to convince the Europeans to act contrary to their own best interests appears to have failed. If that is a further symptom of the continuing decline of US influence in Europe then it is wholly to be welcomed. 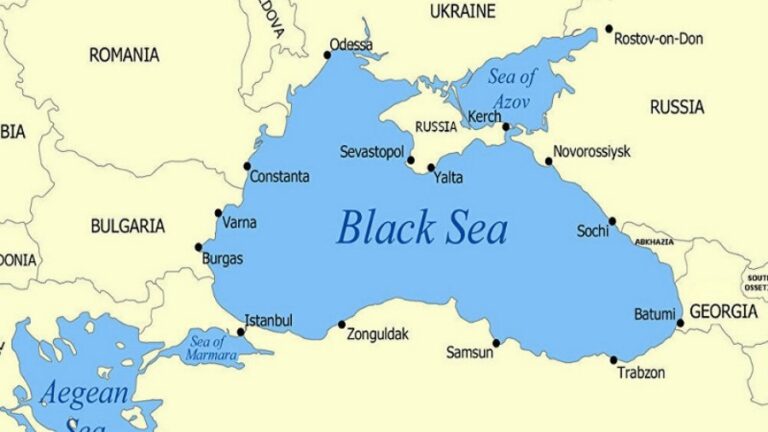 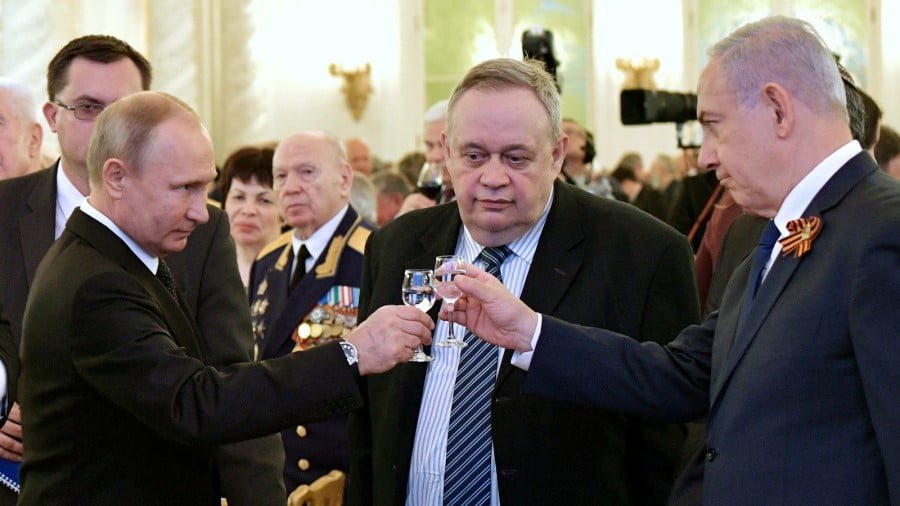 An unnamed Indian official told Sputnik’s New Delhi office that his country’s concerns about the escalating situation in the Gulf stem from its large diaspora there, which interestingly hints that the so-called “Responsibility to Protect” (R2P) doctrine is being used to defend India’s anti-Iranian military deployment to the region. India’s military deployment to the Gulf… 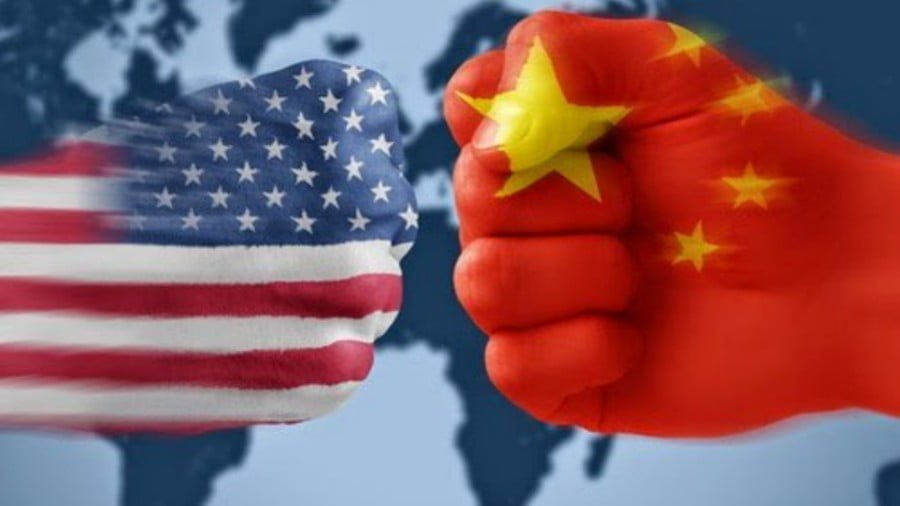