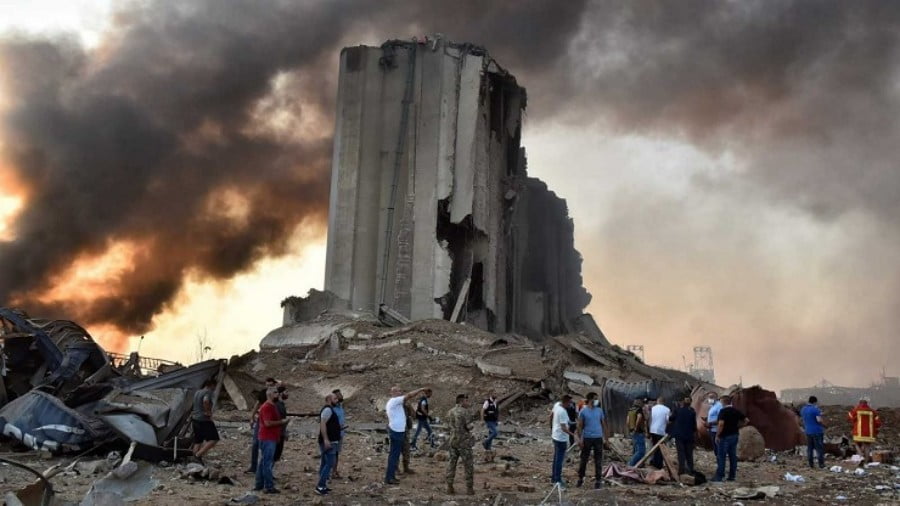 A month and a half after detonating several tons of ammonium nitrate into the port of Beirut, which caused crushing economic and human losses for the country, the situation in Lebanon is only getting worse.

The only grain storage in Lebanon, located near the port was completely destroyed as a result of this explosion, puts the country on the brink of a food crisis. The destruction of three hospitals in Beirut by the blast wave, as well as the destruction of 17 containers at the port of personal protective equipment (PPE) intended to support Lebanon’s fight against COVID is leading to the situation in the nation sharply deteriorating, amid thousands of victims of the explosion and a growing number of reported COVID-19 cases.

Former Lebanese ambassador to Germany Mustapha Adib was nominated as prime minister of the Arab republic at the end of August as a so-called “compromise” candidacy supported by Emmanuel Macron, who has recently exerted serious pressure on the political elite of the Middle Eastern country, urging it to implement long-overdue reforms, to overcome political and economic crises in Lebanon. With the difficulties that have arisen for Prime Minister Mustafa Adib forming a new government to save the country affected by the crisis, both internal and external pressure is increasing on him so that he can launch a series of reforms as soon as possible to acquire billions of dollars of much needed foreign aid. The September 21st televised speech by President Michel Aoun further highlighted the serious challenges facing the country today and the danger of it nearing chapter nine.

At the same time, Lebanon is becoming an increasingly active platform for confrontation between the United States and Israel with Iran, so involved in Iranian affairs. Noting the active role of Israel and the United States in influencing the domestic political situation in Lebanon due to the activities here of Iran-backed Hezbollah, the head of the Party of Allah, Sheikh Hassan Nasrallah, said earlier that Washington offered him a deal in exchange for breaking ties with Iran and normalizing relations with Israel. According to Nasrallah’s statements, the United States tried to make nice with the leading Lebanese Shiite organization and offered its leadership “money, power and even assistance in political reform across Lebanon” to the benefit of the movement, while putting forward the main provocative condition, which is reaching an agreement between Hezbollah and Israel.

Along with this, it became known that the United States has recently stepped up its actions to establish a direct dialogue between Lebanon and Israel in order to agree on the water borders and dividing the disputed area, considering the current moment to be the most appropriate for this. The Lebanese newspaper Al-akhbar reporting the story noted: “It seems that the ambitions and aspirations of Washington and Tel Aviv for Lebanon are not limited to forming a new government in accordance with Israel’s interests, and have now expanded to Lebanon’s seizure of the supposed oil and gas resources by Tel Aviv, which became the common idea of Washington and Tel Aviv to start direct negotiations between Lebanon and Israel prior to the US elections. ” The Israeli news site Walla reported that the US goal is to kick off direct negotiations between Lebanon and Tel Aviv prior to the US elections in order to secure “a major foreign policy achievement for US President Donald Trump,” while excluding disputes over maritime borders over the past 30 years, there have been no direct political negotiations between the two sides.

Just days ago in Lebanon, a powerful explosion thundered again, as this time the incident occurred in the southern region of the Arab Republic, the Hezbollah armory exploded, as a result of which, according to local media reports, several people were injured. As with the explosion at the Beirut seaport, local media reports reiterate accusations of the possible involvement of Israeli Air Force drones in the explosion, further exacerbating the already difficult situation in the Middle Eastern country. A Hezbollah spokesman told the Arab newspaper The National that the building destroyed by the explosion was “the office of a demining organization.”

These accusations against Israel regarding its involvement in the new explosion are reinforced by the message of the Lebanese army, which shot down on September 10 an Israeli unmanned aerial vehicle (UAV) that invaded the airspace of the Arab republic. Although the Israel Defense Forces (IDF) confirmed the loss of their drone, they shied away from admitting that this was the result of armed forced actions of a neighboring country.

The “accidental fires” in Beirut, which have become especially frequent following recent events in the port of Beirut, involuntarily incline to the quite probable participation of “external forces” in recent emergency situations. So, on September 15, a fire broke out in a shopping center under construction in Beirut. Less than a week earlier, another large fire also occurred on the port territory, after the explosion there, the causes of which are still unclear.

It should be noted that Israel almost daily violates Lebanese airspace, making reconnaissance flights using UAVs, demonstrative incursions on multi-role fighters, inflicting periodic strikes against Iranian targets in Syria from the Lebanese sky. In addition, in recent weeks Israel has begun to actively increase the number of its troops on the border with Lebanon.

In these conditions, attention is drawn to the recent report of the representative of the Lebanese Hezbollah, which was one of the reliable supports of President Bashar al-Assad, about its imminent withdrawal from the territory of the SAR. Yes, behind this step, there may undoubtedly be agreements between Damascus, Moscow, Ankara and Tehran, taking into account the sharp reduction in the recent period of the scale of military clashes in Syria. After Hezbollah withdrawal from the previously occupied regions, they will come under the control of Damascus, which will be a very positive step towards normalizing the situation in the country exhausted by many years of war.

However, at the same time, it cannot be ruled out that the possible withdrawal of Hezbollah from the SAR may be a response to the actions of Israel and the United States not only in relation to Lebanon, but also in the formation of an anti-Iranian regional coalition by Washington after Tel Aviv restored diplomatic relations with a number of Arab states. In particular, with the UAE and Bahrain, Washington’s attempt to expand this coalition by joining other countries in the region, including Lebanon itself.

Under these conditions, the possible return of Hezbollah from the SAR to Lebanon will be a clear demonstration of the organization’s desire to strengthen its positions in Lebanon, “where Hezbollah is one of the popular Shiite parties in the country, advocating the creation of an Islamic state in the image and likeness of Iran and having a militarized a wing actively supported by Tehran.

Therefore, it is not surprising that the media close to Washington and Tel Aviv, as part of the unfolding struggle against Iran, have recently intensified their propaganda against Hezbollah, leading it even to the publication of openly fake information about allegedly “preparing caches in Europe with explosives.” So, in mid-September, Nathan Sayle, the chief officer of the US State Department for the fight against terrorism, clearly fulfilling a state order to discredit Iran, said that Hezbollah had allegedly been secretly transporting ammonium nitrate through Belgium to France, Spain, Italy, Switzerland and Greece since 2012 “In first-aid kits containing this substance in cold packs.” According to him, the presence of such caches of ammonium nitrate is suspected by the US State Department throughout Europe, especially in Greece, Italy and Spain. However, for all the seriousness of such accusations, the State Department did not take the time to clearly explain why this Iranian organization needed, especially in Greece, Italy and Spain, to prepare hiding places, transporting explosives in first-aid kits?

In these conditions, only one thing is clear today, that it is hardly worth waiting for an improvement in the Lebanon situation and around it in the near future. In this regard, the international community should pay additional attention to this issue in order to avoid aggravating the Lebanese and international crisis here. 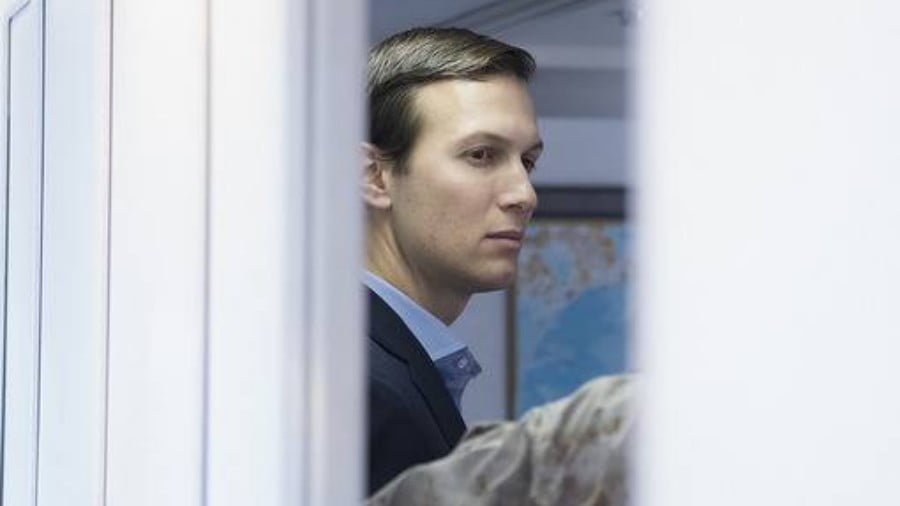 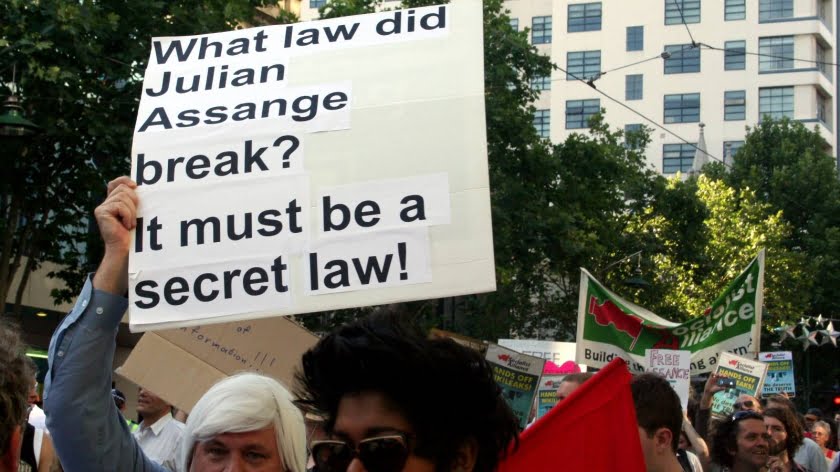 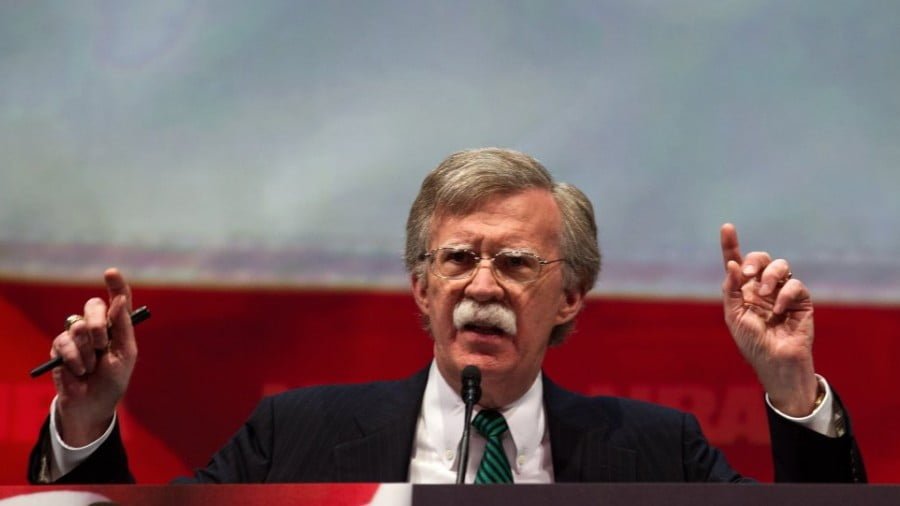 With John Bolton’s appointment as Trump’s new national security adviser, the circle closes on any remaining hope of the 45th President of the United States embarking on a different course from every other president that has preceded him in the Oval Office in recent years, when it comes to foreign policy. A devoted disciple of the… 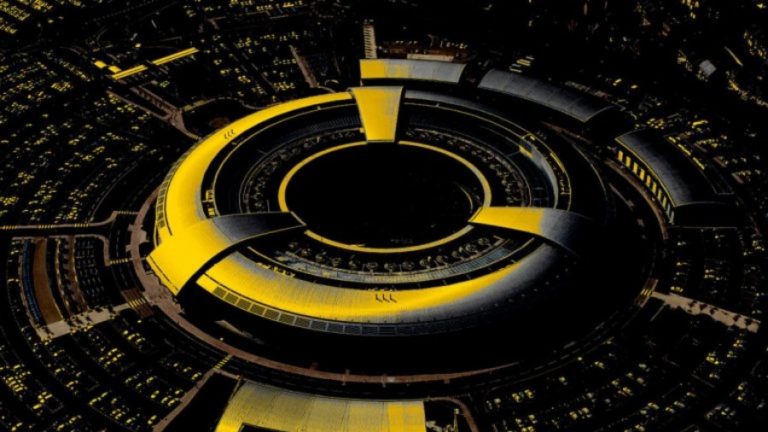 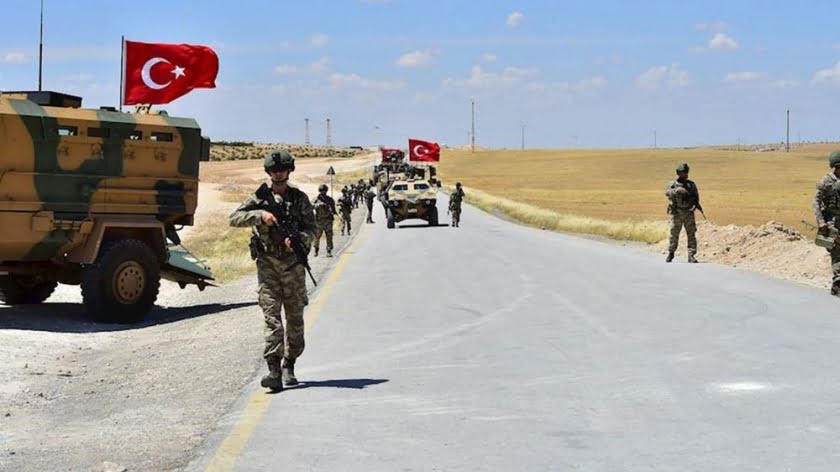 Fifty-five years ago this weekend the world appeared to be on the brink of nuclear war as the Cuban missile crisis unfolded. What are the lessons that can be learned today about the events of October 1962? It was the great filmmaker Charles Chaplin who commented that life is a tragedy when seen in close-up…