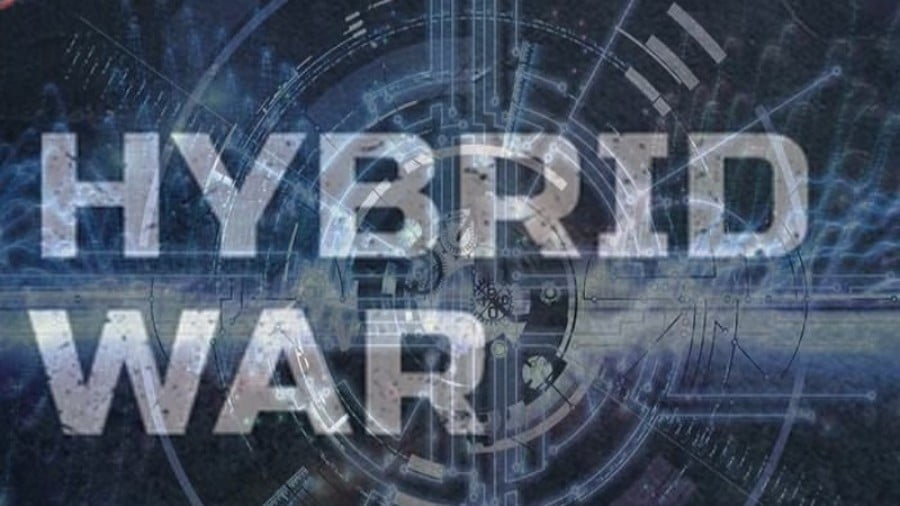 I’m uniquely qualified to speak on the topic of Hybrid Warfare since my 2015 book on the topic, “Hybrid Wars: The Indirect Adaptive Approach To Regime Change”, was cited twice by the NATO Defense College as an example of the Russian understanding of this concept.

The Indian Express published at least three reports on Monday at the time of this article’s release focusing on the alleged activities of China’s Zhenhua Data Information Technology Co. The outlet claimed that the company collected digital footprints on over 10,000 high-profile Indian individuals including Prime Minister Modi and the Chief of Defense Staff, strongly insinuating that it’s abusing this publicly available information. The innuendo is that Zhenhua’s activities represent a Chinese Hybrid War threat to India.

I’m uniquely qualified to speak on the topic of Hybrid Warfare since my 2015 book on the topic, “Hybrid Wars: The Indirect Adaptive Approach To Regime Change”, was cited twice by the NATO Defense College as an example of the Russian understanding of this concept. The first time was on page 2 of their November 2015 research paper on “Russia’s Renewed Military Thinking: Non-Linear Warfare and Reflexive Control” while the second was on page 10 of their December 2015 Forum Paper 24 about “NATO’s Response to Hybrid Threats”.

My cited research focused mostly on the transition from Color Revolutions to Unconventional Wars but has since branched out in the past half-decade to cover all other facets of this cutting-edge method of warfare. Generally speaking, Hybrid Warfare refers to all types of unfriendly competition between states other than the use of uniformed combatants in hot conflicts. This includes the informational, economic, and technological domains, as well as the use of non-uniformed combatants such as rioters, rebels, insurgents, and terrorists.

With these understandings in mind, The Indian Express’ report fearmongering about the supposed Hybrid War threat that Zhenhua’s alleged actions represent is extremely misleading and arguably an example of Hybrid Warfare itself. Before explaining why, it’s important to note that no evidence has yet to be publicly presented to verify their scandalous claims about the company’s activities, including the over 10,000 high-profile Indian individuals whose publicly available digital footprints are part of its database according to the outlet.

The worst-case scenario is that the information could be abused for intelligence gathering and recruitment purposes, but readers should keep in mind that all important individuals the world over should already be aware of the risks inherent to publicly sharing various information on the internet. In addition, all countries’ counterintelligence agencies are actively involved in thwarting such speculative threats, and India’s are no exception. Furthermore, no evidence has emerged that China recruited any Indian spies through this method.

In all likelihood, Zhenua’s reported activities (assuming for a moment that The Indian Express accurately described them, which has yet to be confirmed) are probably carried out for what I described elsewhere as “Democratic Security” purposes, or in other words, counter-Hybrid Warfare strategies. Foreign intelligence agents are sometimes sloppy and leave digital footprints, and it’s important for counterintelligence agencies anywhere in the world to analyze publicly available information to identify such possible threats.

Misrepresenting the most likely purpose of Zhenhua’s alleged activities at this difficult point in time for Chinese-Indian relations makes one suspect that The Indian Express intended for their report to influence domestic perceptions about the People’s Republic, thus making it a Hybrid Warfare attack. Hyper-nationalist Indians might be incited to intensify their opposition to the recent mutual de-escalation agreement reached between the two in Moscow last week, a plot possibly supported by anti-Chinese elements of the bureaucracy.

I recently wrote in an op-ed for CGTN that “the next step upon completion of [mutual military de-escalation] should be to implement confidence-building measures between China’s and India’s economies, such as reconsidering the decision to ban many Chinese apps.” That might be more difficult to do after The Indian Express’ unverified sensationalist report about Zhenhua. In conclusion, that report itself is an example of the same Hybrid Warfare that it warned about, albeit a different manifestation thereof and directed against China.

Three Chinese military vessels have docked in Doha, Qatar, as China seeks to match its economic power with a more prominent international role. The Chinese fleet, comprising Harbin, a destroyer, Handan, a frigate, and Dongpinghu, a supply ship, was welcomed with an honor ceremony in the Qatari capital at the start of a 5-day visit…