U.S. Democrat Presidential Candidate Joe Biden has been on a whirlwind campaign in an attempt to defeat President Donald Trump in next month’s election. Published policy papers has shown Biden’s strong support for Greece, Armenia, Bosnia and Herzegovina (BiH), Albania and Kosovo as he seeks to win over millions of diaspora votes. The candidate has taken a very strong anti-Turkey position in his bid to win over Armenian and Greek diaspora voters at a time when Turkish President Recep Tayyip Erdoğan makes daily threats of war against Greece and is directly sponsoring, arming and facilitating the Azerbaijani invasion of Artsakh, or more commonly known as Nagorno-Karabakh.

However, away from Greece and into the heart of the Balkans, Biden is also appealing to the greatest enablers of Turkish expansionism into the region – BiH, Albania and Kosovo.

If Biden wins next month’s presidential elections, there will be no sudden changes in America’s foreign policy, besides perhaps a stronger position against Erdoğan compared to Trump’s “bromance” with the Turkish president. To empower U.S. positioning in the Balkans, Biden wants to resurrect policies from the 1990’s that resulted in poverty, ethnic cleansing and war in the region.

In a letter to the Bosnian Muslim diaspora in the U.S., entitled “Joe Biden’s vision for America’s relationship with Bosnia and Herzegovina,” the Democrat said he is “a proven friend of Bosnia and Herzegovina – from the country’s darkest days of war and genocide to the continued struggle for stability and justice.”

Biden’s letter highlighted that as senator he was a key player “to stop [Serbian leader] Slobodan Milosevic’s brutal campaign of genocide.” It also highlighted that “Biden knows that for Bosnia and Herzegovina to succeed, it will need the steadfast support of the United States” and that as president he will convene “European Union partners and NATO allies to jointly develop a strategy for anchoring the Western Balkans in Euro-Atlantic institutions.”

Most interestingly, in the letter, the presidential candidate notes that “Unfortunately, under President Trump, U.S. influence in the region has faded as the administration has cast the European Union as a strategic adversary and questioned the value of the NATO alliance.” It has been well established that Trump has taken a greater disinterest in Balkan issues compared to his predecessors.

In another letter entitled “Joe Biden’s Vision for U.S. Relations with Albania and Kosova,” the presidential candidate said that he “is a long-time friend of Albania and Kosova and the Albanian-American community. As President, he will continue to support Albania’s security, and democratic and economic development in the region. Biden understands the important role played by NATO and the threats to the region posed by Russia.”

It is clear from his addresses to the Bosnian Muslim and Albanian diaspora communities in the U.S. that a Biden administration will play a more active role in the Balkans to contain Russian influence in the region by pressurizing Serbia.

If Biden defeats Trump, new pressure will be created against the Serbian dominated entity, the Republika Srpska. The Republika Srpska is one of the two entities comprising of BiH, with the other being the Federation of Bosnia and Herzegovina which comprises mostly of Bosnian Muslims and Croats. Biden’s policies indicate that the Serbs will be pressured into accepting NATO and into accepting Sarajevo as the centralized political center for BiH, thus taking away even more liberties and autonomy from the Republika Srpska. Effectively, if Biden is successful in the upcoming elections, what the Bosnian Muslims want could be achieved – the complete integration of BiH into the Euro-Atlantic agenda by being absorbed into NATO and the EU, thus eliminating most of Russia’s influence in the region.

The fact that nearly 25 years has passed since the signing of the Dayton Agreement, which formulated the two-entity system of BiH, without settling deep seeded problems in the untenable system, is a testament to the failure of the U.S. experiment in the Balkans.

Biden’s strong backing for further integrating the Balkans into NATO and the European Union will certainly affect the Serbian electorate in America, who were not strong supporters of Trump either.  This will likely steer Serbian-Americans into voting for Trump, however, their community is smaller than the Albanian and Bosnian Muslim diaspora in the U.S.

Although such letters may flatter the Albanian and Bosnian Muslim diaspora, two important factors remain – it is more than likely Biden will not be elected, and, will his policy ambitions come to fruition? Although the U.S.-led NATO was highly successful in dismantling Yugoslavia in the 1990’s, the geopolitical situation is vastly different today. Russia in the 1990’s, led by the famously incompetent Boris Yeltsin, was a shadow of the previous Soviet Union.

It is highly unlikely that Russia would be willing to military intervene in any future conflicts in the Balkans, but it will certainly be a lot more proactive diplomatically and materially in the Balkans then what it was after the fall of the Soviet Union.

What Biden also does not acknowledge is that within the Federation of Bosnia and Herzegovina, the second entity comprising of BiH, there are strained relations between the co-ruling Bosnian Muslims and Croats. Whereas they were once allied against the Serbs, the Croats are now demanding more autonomy that the Bosnian Muslims are unwilling to give.

Meanwhile, there are greater numbers of countries withdrawing their recognition of Kosovo’s independence. Washington’s second experiment in the Balkans, Kosovo, again finds itself problematic as it has become a European hub for drug trafficking, human trafficking and organ harvesting.

Assuming a Biden victory, his hopes of turning the Balkans completely into a bastion of Euro-Atlantic dominance devoid of Russian influence will unlikely come to fruition. Although the Democrat may give rhetoric on the success of the BiH and Kosovo experiments, both are failed states with little economic, infrastructural or developmental prospects for the future. However, perhaps this is exactly how Biden wants these entities to be – volatile points that could explode at any moment and put Serbia under pressure.

In the evening, while he was held captive at a secret CIA black site in Thailand, the high-value detainee Zayn al-Ibidin Muhammed Husayn said his interrogators would torture him by confining him to a large, six-foot-tall black wooden box in “extremely uncomfortably positions.” Other times, they would force him to spend hours in a small… 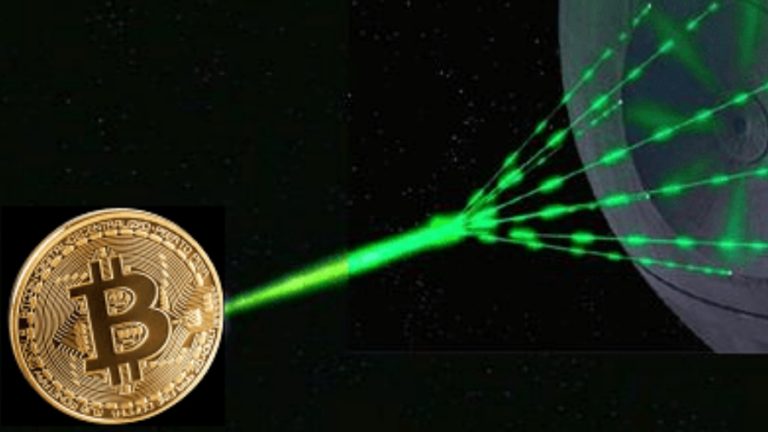 The big worry among the bitcoin perma-bears is the threat of government ‘making it illegal.’ The latest bogeyman on this front is none other than U.S. Treasury Secretary Steve Mnuchin. Rumors float that he’s considering outlawing ‘self-custody wallets,’ in effect confiscating the private keys of everyone’s cryptos. In a Twitter-thread, the chief executive [of Coinbase… 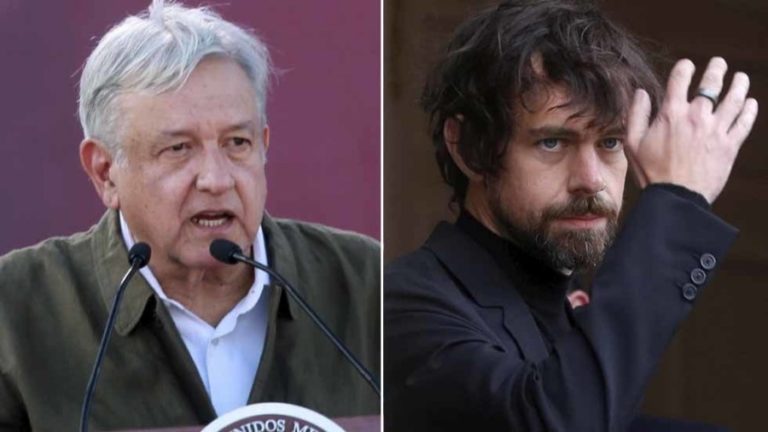 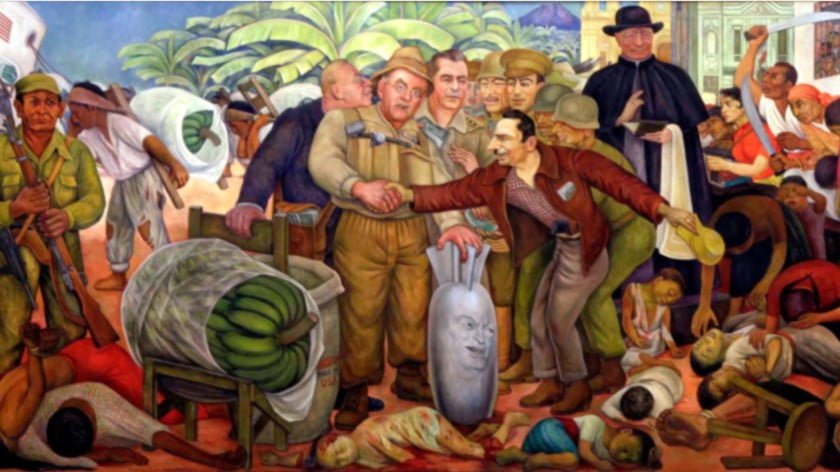 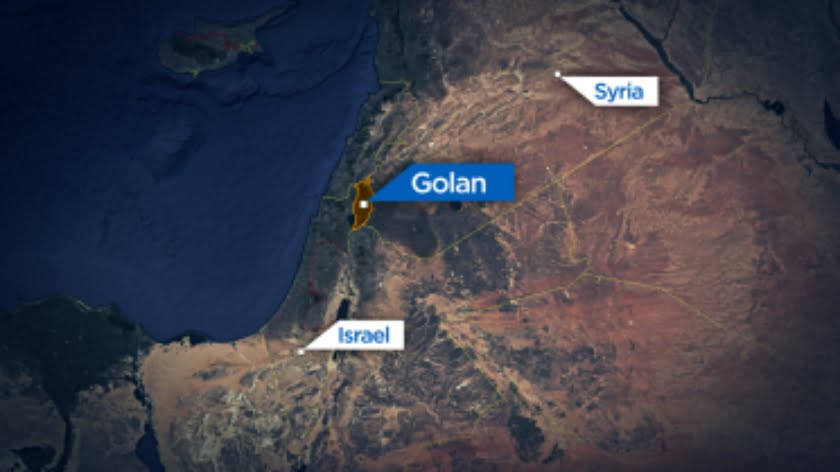