Rumors have it that the remaining months of 2020 may bring drastic and explosive changes in the world’s financial system. But such “doomsday” rumors have been floating around every beginning of fall during the last few years. Why? – The US dollar is getting weaker and weaker. It is not quite on a free fall, but still remains a major trading currency and a key world reserve currency. And for many economists that’s difficult to understand.

However, it is unlikely that that the collapse of the dollar will come from one day to the next. That would not be good for the world economy, as still too many countries depend on the dollar.

Given the dismal covid-related world economy collapsing, and with China being the only major economy expected to grow this year, the number of yuan reserve holders may increase drastically by the end of 2020 and especially through 2021, suggesting that central banks around the world realize that for their financial stability, they must increase their yuan holdings significantly in the foreseeable future. This means shedding other reserve currencies, like the Japanese Yen, the British Pound, but especially the US-dollar. For example, Russia has dumped the dollar, reducing her dollar debt-holdings by 96%.

The Russian Trade Minister, Denis Manturov, called on his BRICS colleagues to increase their trading in local currencies instead of US dollars. Trade in national currencies is a key aspect of cooperation of the five-nation alliance that includes Brazil, Russia, India, China, and South Africa and it is an effective way to dedollarize their economies.

China and Russia and many of the Shanghai Cooperation (SCO) countries are trading for many years already in their local currencies, or in yuan, especially cross-border trading, but they are also promoting currency swap arrangements with other countries, eager to escape the iron fist of sanctions of the United States.

In an interview with MarketWatch, senior fellow Stephen Roach at Yale University and former chairman of Morgan Stanley Asia, says coronavirus may cause a dramatic decline of the US dollar in the near future – “In a Covid era, everything unfolds at warp speed.” Roach also predicted an up to 35% drop of the dollar against major international currencies. He adds, given today’s economic outlook, this might happen rather quickly.

Indeed, while western economies are struggling keeping afloat, China is preparing to launch a new international currency, the digital, gold-backed, possibly crypto-RMB as an international payment and reserve currency, completely outside the dollar-dominated SWIFT system. The new digital RMB money is currently tested in several Chinese cities with positive results.

The People’s Bank of China – China’s Central Bank – recently revealed plans to have its sovereign digital currency ready in time for the 2022 Winter Olympics. The international rollout could actually happen much earlier, possibly in 2021, or earlier if warranted by international monetary events. In any case, the new trading currency may very likely find an astounding attraction by many countries that are eager to dedollarize and get out from under the boot of threats of sanctions by Washington.

It is clear that any money or legal tender that will grow into a major international trading and reserve currency needs to be backed by a strong economy. Backing of a strong economy is fully commensurate with the yuan. China’s economy today in real – and solid – output and long-term stability can easily be assessed as the world’s strongest. Comparing for example the Chinese GDP with the US GDP is like day and night: The Chinese GDP consists of more than two thirds of tangible and solid production and construction of infrastructure, housing, transport, energy and so on; while the US GDP is almost the reverse, more than half is consumption and service industries. Most hard production is outsourced. This undoubtedly distinguishes the yuan or RMB from fiat currencies, as are the dollar and the euro – which are backed by nothing. Simply put, China’s economy and her currency attract a lot of international trust and confidence.

Unfortunately, these differences are not (yet) reflected by the undistinguished linear accounting of GDP, but they are recognized by international economic observers and analysts, including nations’ treasurers around the world.

These are good reasons for the new digital RMB or yuan to grow fast as a primary trade and reserve asset for many countries. It will most likely far outrank Bitcoin, which is often heralded as possibly the “new gold”, or reserve currency.

Not only would the number of countries holding the Chinese currency in their reserve coffers increase rapidly, but the total amount of yuan reserve holdings might skyrocket faster than analysts expect, signaling clearly the end of the US-dollar hegemony. This might undoubtedly shift the global balance of economic power.

“Looking back years later, the two defining historic events of 2020 would be the coronavirus pandemic, and the other would be [China’s] digital currency,” Xu Yuan, a senior researcher with Beijing’s University’s Digital Finance Research Centre, told recently the South China Morning Post.

These developments are not ignored by Washington. The US will not so easily give up its dollar hegemony which means largely control over the world’s economy and financial flows. Although the times of total dollar-control of the world economy are irreversibly gone, Washington intends to slow down the power shift as long as possible. Though a hot war is not excluded, more likely is a currency war.

In line with the Great Reset announced by the World Economic Forum (WEF) and, in parallel, the IMF prediction of the Great Transformation (see this and this), a kind of currency revolution might be initiated, possibly introducing a major instrument for launching the Great Reset, alias Transformation.

As a hypothesis, Washington could, via the IMF, return to some kind of a gold standard. It could take the form of a digital SDR-type currency-basket intended to replace the dollar and the emerging digital yuan / RMB as trading and reserve currency. The current composition of the SDR contains the five major international forex currencies, US dollar (41.73%), euro (30.93%), yuan (10.92%), yen (8.33%), and British pound (8.09%).

Although the yuan is vastly undervalued, especially as compared with the US-dollar and the euro, the yuan is finally present in the basket since 2017 and has thereby become an official international exchange and reserve asset. The respective weights in the SDR basket have last been set in 2016 and are valid for 5 years, meaning they are up for renegotiation and readjustment in 2021.

Continuing with the hypothesis of the new gold standard, it might well be that in the hypothetical new SDR-like currency, gold would take a prominent role, one that overshadows the weakness of the US dollar. However, as was the case with the 1944 gold-standard, Washington-Treasury-FED would insist on the value of gold in the basket being linked to the dollar – which would de facto disproportionately increase the respective weight of the dollar in the basket.

If such a hypothetical deal would be accepted by the majority of countries – the US has still the sole veto right in the two Bretton Woods Institutions, IMF and World Bank – the hypothetical gold-based “SDR” would be a serious contender to the emerging internationalized digital yuan / RMB.

To forego such a situation, a possible currency war, China, as a holder of large direct and indirect gold reserves, may consider establishing a “gold commodity” market priced in yuan / RMB – and invite other large gold producers, like Russia, Venezuela, South Africa and others not in the US orbit, to join in an alternative currency, i.e. a yuan-denominated gold market, or a weighted average gold value of, say, the three major participants of the alternative gold commodity market.

This alternative currency denominated gold would be strengthened by the power of the respective economies which would back it.

In the end – as is already demonstrated today – international trust in the respective economies and their currencies – gold backed or not – will determine the outcome of a possible currency confrontation. China, already engaged in cross-border trading in local currencies and expanding yuan-trading arrangements internationally, for example, with currency swap measures in place with Russia, Iran and Venezuela, would be well placed to break the US-currency hegemony.

Finally, the goal is not to have one hegemon to replace another domineering power, but to establish a balanced world with several regional hubs or financial centers which would promote a monetary equilibrium that would gradually accompany progress of the Belt and Road Initiative (BRI), the bridge that spans the world, with increasingly equal access to vital resources for building peacefully a World Community with a Shared Future for Mankind. 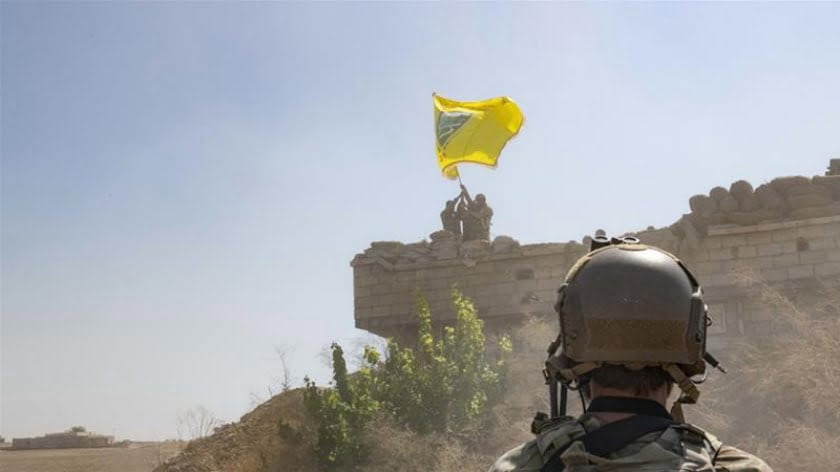 Although the Turkish attack against the Syrian Kurds in North-East Syria (NES)is limited to a specific bordering buffer zone not larger than 32 kilometres, it will achieve a multiple layers of objectives if the Turkish President Recep Tayyip Erdogan respects the acknowledgement he has received from Russia and the US, permitting his forces to invade… 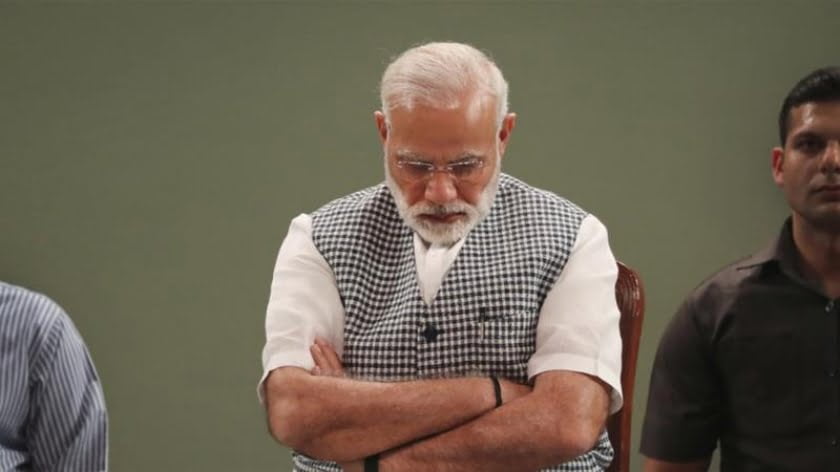 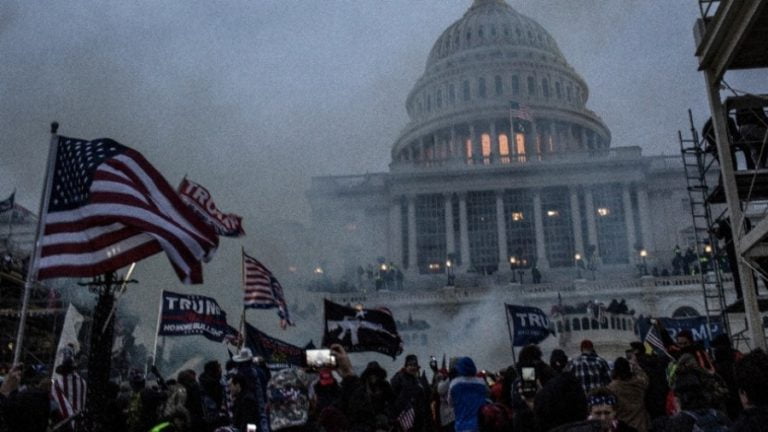 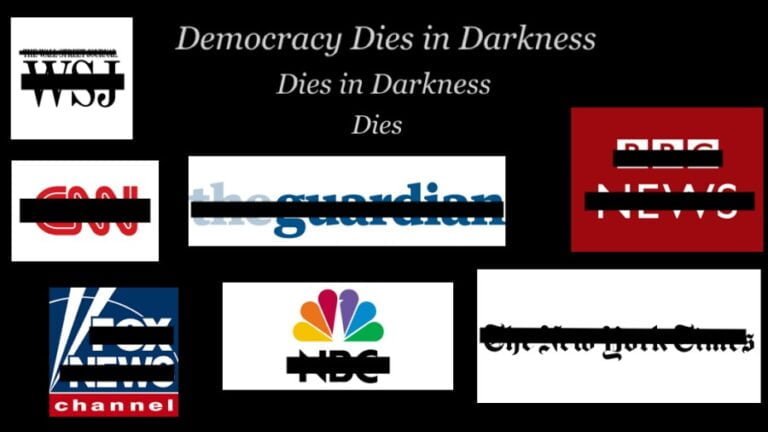 Listen to a reading of this article: Two different media watchdog outlets, Media Lens and Fairness & Accuracy In Reporting (FAIR), have published articles on the complete blackout in mainstream news institutions on the revelation by Icelandic newspaper Stundin that a US superseding indictment in the case against Julian Assange was based on false testimony from…

India and Pakistan put aside their long-running tensions, as they were officially confirmed as members of the increasingly influential Shanghai Cooperation Organization (SCO), during a summit in Kazakhstan capital Astana. “I thank the SCO for making India a part of this esteemed organization, which now represents 40 percent of humanity and nearly 20 percent of…