From the Aegean to Central Asia, people were celebrating on the streets after Azerbaijan captured large swathes of Armenian-held territory in Artsakh, or more commonly known as Nagorno-Karabakh. After a month and a half of brutal warfare with no end in sight, it took the downing of a Russian helicopter and two resulting deaths to bring a swift end to the fighting.

Of course, we are not expected to believe that a trilateral agreement between Azerbaijani President Ilham Aliyev, Armenian Prime Minister Nikol Pashinyan and Russian President Vladimir Putin was drafted and agreed upon within a matter of hours of the helicopter being downed. It is likely that the agreement for Armenian forces to surrender most of Artsakh and allow Azerbaijan to gain access to its Nakhchivan exclave, which borders Turkey and Iran, has been in the works for some time. By signing this agreement, a five-year mandated 2000-strong Russian peacekeeping force will protect the Lachin Corridor that connects the Republic of Armenia with Armenian-held areas of Artsakh. The Turkish military will also maintain observation points across the line of contact like it does in Syria. But many Armenians see this deal as a betrayal. This could galvanize pro-Western forces in the country to move Armenia out of Russia’s sphere of influence.

Thus far, every Turkish military intervention over the past five years has led to a division of influence between Ankara and Moscow. This is observed in northern Syria, Libya and now in Artsakh. However, what makes this different to Syria and Libya is that the division of influence is in a region that is traditionally in Russia’s sphere. Effectively, Turkey has once again instigated an issue and muscled in.

Tsarist Russia fought continuous battles to keep the Ottomans out of the Caucasus. Today however, Russia’s Muslim-dominated North Caucasus autonomous regions, many of which have elements of Islamist ambitions, are now within touching distance of Turkey’s growing influence in Azerbaijan and Artsakh.

Over the course of the war Baku made it clear that it is fully integrated into the pan-Turkic project of Turkish President Recep Tayyip Erdoğan and often accused Russia of backing the Armenians.

Ankara continues its project to create a contiguous “Turkestan” sphere of influence that stretches from the Aegean Sea to Western China via the Caucasus and Caspian. The “Turkic Homeland,” encompassing much of Central Asian, could in future seriously challenge Russia’s traditional sphere of influence. In fact, government-controlled Turkish media outlets over the course of the war in Artsakh have been promoting the idea of a “Turan Army” or a “Turkic NATO.”

Iran must also be concerned by Turkey’s growing pan-Turkic ideology. Iranian Azeris, forming the largest minority group in the Persian-majority country, may not only see Baku as the soul of the greater Azeri nation, but look up to Turkey as the guardian and protector of Turkism. This will feed into the mindset of young Azeris in Iran and might influence ideological and separatist developments. It would also constitute a reaction to the Mullahs rule as it can be seen as an attractive alternative path for young Iranian Azeris who are increasingly becoming nationalistic.

None-the-less, Russian forces will remain in Artsakh for at least five years, with an option to extend for another five years. Baku now has a corridor across Armenia’s Syunik province to reach its Nakhchevan enclave that is detached from Azerbaijan proper. Nakhchevan is also the only part of Turkey that borders Azerbaijan. Effectively, Turkey now has access to Azerbaijan proper, thus already stretching its ideologically-driven Turkestan contiguously from the Aegean to the Caspian.

The war in Artsakh has shown that Ankara’s presence in the region is rather firm. Now Syrian mercenaries provided by Turkey are at the doorstep of Russia’s Dagestan, and the Turkestan project has achieved a major result by creating a contiguous Turkic Nation stretching from the Aegean to the Caspian at Armenia’s expense. 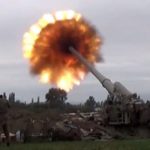 Azerbaijan Won the War in Nagorno-Karabakh but Reduced Its Sovereignty 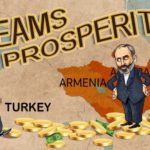 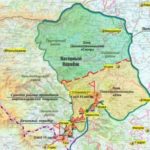 The Karabakh War Is Over. The Crisis Is Not. What Comes Next? 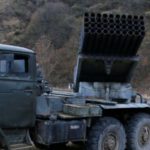