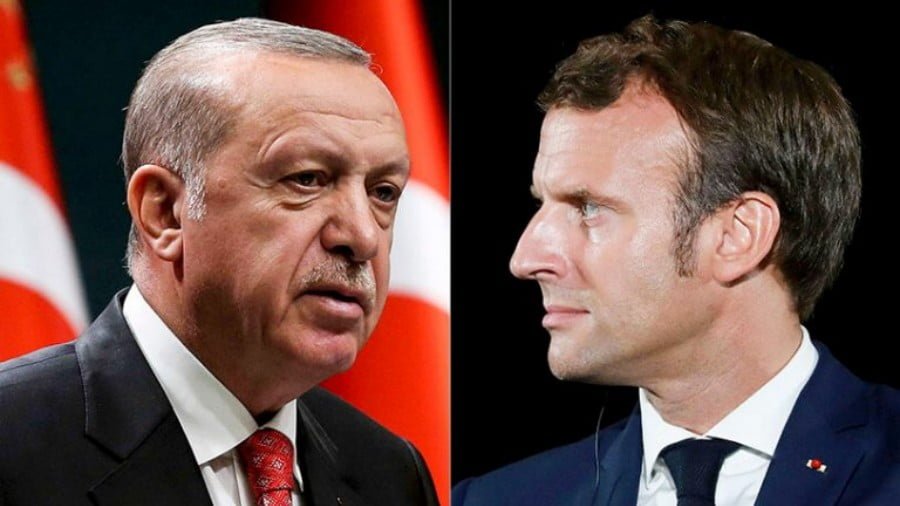 The horrific terrorist attacks in France and the confrontation that erupted between Paris and Ankara has questioned alliances and changed the geopolitical landscape in the East Mediterranean and Africa. Many are calling this a “clash of civilizations” between the liberal secular West, led by France, and reactionary extreme Islamism, led by Turkey.

However, a stronger argument to make is that the confrontation between French President Emmanuel Macron and his Turkish counterpart Recep Tayyip Erdoğan is nothing more than a reflection of the ongoing clash for dominance in the East Mediterranean and Africa. Paris and Ankara have their own reasons for camouflaging this confrontation in terms of a cultural and religious conflict rather than a struggle for geopolitical supremacy.

Macron is taking advantage of the justified anger against terrorist attacks perpetrated in France by radical Muslims so that he can galvanize the collective subconscious of Europe. He hopes that this will create the right environment for the imposition of sanctions against Turkey that the EU, particularly Germany, Italy, Spain, Hungary and Malta, have been reluctant to pass despite Ankara’s daily violations of Greek and Cypriot sovereignty.

For his part, Erdoğan is consciously weaponizing a fake “Islamophobia” controversy. He is attempting to boost his reputation in the eyes of the Islamic World as the only leader that dares to challenge France’s neo-colonial policies. However, the Turkish president does this by enacting his very own neo-colonial policies in the East Mediterranean and Africa. At the same time, Erdoğan is challenging any potential sanctions against his country by presenting them as “Christian Europe’s” vengeful response to Muslim Turkey.

Both leaders however bear a corresponding responsibility for the rise of Islamic extremism in Europe, the Middle East and Africa. Before Macron was elected, French President Nicolas Sarkozy supported the jihadist invasion of Libya and played a key role in funding al-Qaeda-linked militant groups after the removal of long time Libyan ruler Muammar Gaddafi. These jihadist groups then expanded into neighboring African countries and even reached as far as Syria in the Middle East. Although Macron may try and wipe his hands clean of the actions of Sarkozy and his successor François Hollande, it must be remembered that it was the current French president who said in a statement on April 14, 2018 that France’s “red line has been crossed,” referring to a chemical weapon attack on Douma that was initially blamed on the Syrian government but then debunked. Macron authorized French strikes to target the Syrian Army, thus once again directly supporting terrorist groups based in the Arab country.

Respectively, Turkey has been for years a supply station and a safe haven for organizations that eventually became the core of ISIS and Al-Nusra. As is often the case, both countries lost control of the extremist organizations they sponsored, with tragic consequences for the peoples of Africa, the Middle East and Europe.

Both Macron and Erdoğan are taking advantage of the volatile security situation in France with absolute cynicism, while at the same time hiding their real responsibility for the rise of Islamic terrorism. Erdoğan says Macron’s agenda is an anti-Islamic crusade, but rather it is a campaign of dismantling Turkish-backed Muslim Brotherhood networks that have existed in France for decades.

The French president will also use this agenda to attack his political opponents too. French Education Minister Jean-Michel Blanquer even accused left-wing politicians of “ideological synergy” in the terrorist attacks and named at least 50 Muslim groups as “moral perpetrators.” These groups are now threatened with closure by the French authorities.

Macron’s rhetoric is being echoed by a large section of the public that are angry over the horrific slaughter of innocent civilians by terrorists. Besides domestically attacking his opponents, Macron will use this fake notion of a “clash of civilizations” as an opportunity to galvanize EU-wide sanctions against Turkey in the context of his wider rivalry with Erdoğan in the East Mediterranean and Africa. Turkey has been making significant inroads in France’s former colonies in Africa and is rapidly expanding its influence. In fact, Erdoğan  is so emboldened that part of this expansion includes direct support for terrorist organizations outside of France’s former colonies, like Boko Haram in Nigeria and Al-Shabaab in Somalia.

France does not compete with the U.S. or the United Kingdom for influence and economic dominance over its former colonies in Africa. Turkey however has risen to the challenge, portraying itself as an Islamic “anti-colonialist”. However, in the East Mediterranean, Erdoğan is acting unilaterally and akin to 19th century imperial empires in his attempt to extract resources from the continental shelves of Greece and Cyprus, something that has also antagonized the French president. In fact, only yesterday Erdoğan admitted that every Turkish soldier that dies in Syria “means these lands become our own country,” suggesting he is engaging in territorial expansionism.

Both Macron and Erdoğan are engaging in a geopolitical struggle that has only galvanized and increased because of this false notion of a “clash of civilizations.” Rather, both leaders are using this notion to challenge each other as they struggle for dominance over Africa and the East Mediterranean. France, motivated by pan-Europeanism and protecting its corporate oil interests in the East Mediterranean, will continue to challenge Turkey’s efforts to extract resources from the continental shelves of Greece and Cyprus. Macron however will find it difficult to challenge Turkish advances in Africa as Erdoğan is utilizing Islamic solidarity and a persona of challenging French colonialism despite behaving as a traditional empire in the East Mediterranean and Syria.

The French-Turkish rivalry was once a bilateral struggle. But with Turkey encouraging terrorist attacks in France, Erdoğan has effectively forced Europe to strongly back Macron. This will likely lead to the decision to impose sanctions against Turkey in next month’s European Council meeting and Erdoğan has only made it difficult for Germany, Spain, Italy, Hungary and Malta to veto the sanctions. 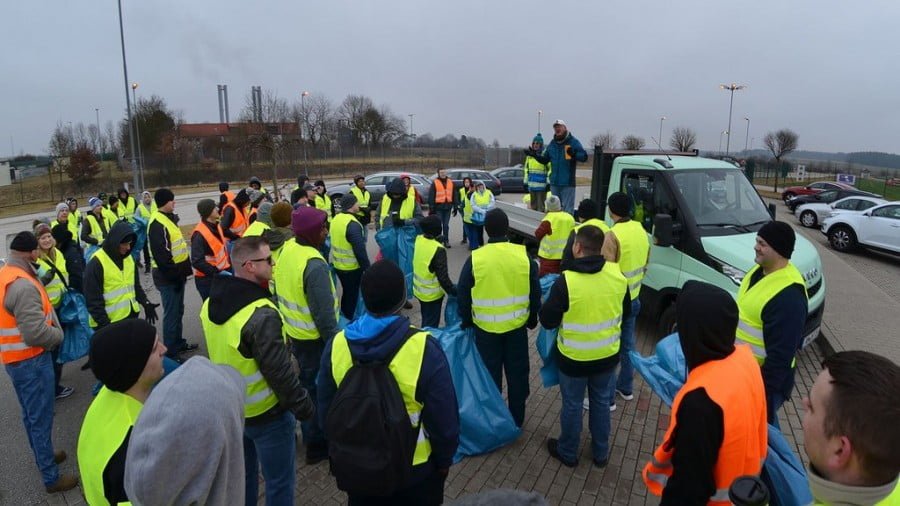 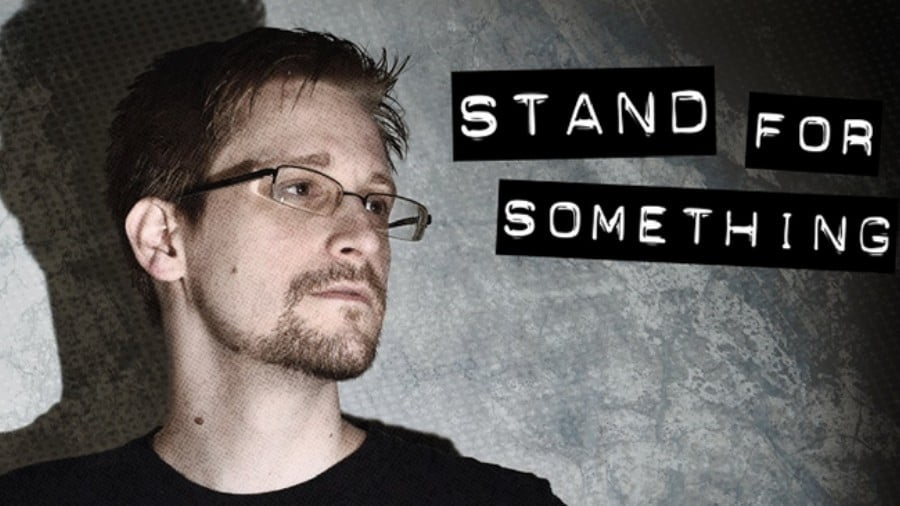 In June of 2013, Edward Snowden was the most wanted man in the world as the U.S. government and others frantically attempted to arrest him for leaking documents that exposed the breadth of surveillance imposed upon the public. The Portuguese government even forced a plane carrying Bolivia’s president to be grounded because of rumors that Snowden might be on board. Snowden… 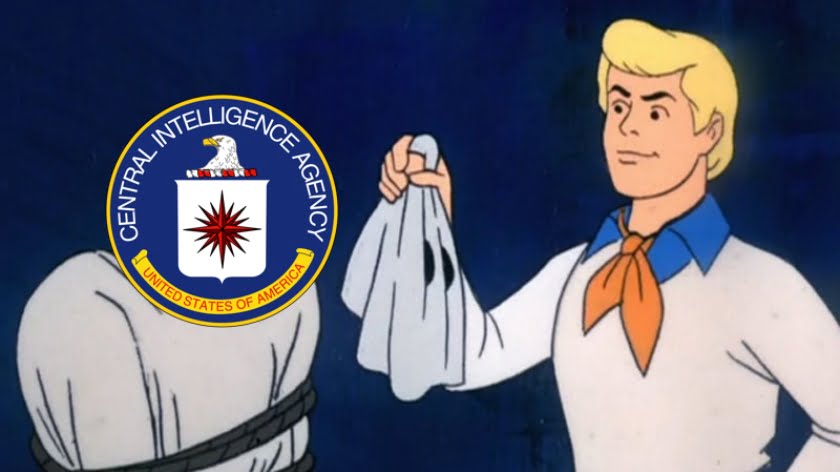 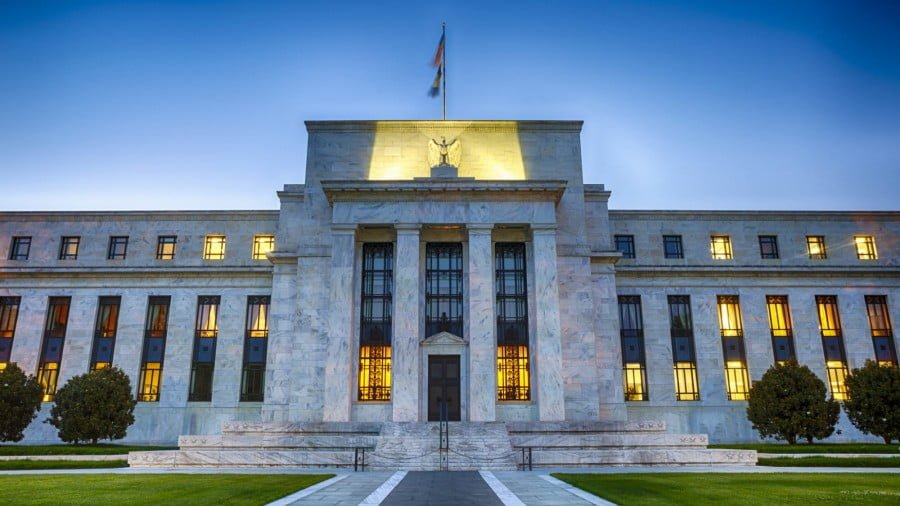 President Donald J. Trump has taken on the Federal Reserve (Fed), saying that Fed chairman Jerome H. Powell is threatening US economic growth by further raising interest rates. Mainstream economists, the financial press and even some politicians react with indignation: the president’s comments undermine the Fed’s political independence, potentially endangering the confidence in the US dollar….

Acknowledgements To Benjamin H. Freedman, who committed himself to finding and telling the facts about Zionism and Communism. and encouraged others to do the same. The son of one of the founders of the American Jewish Committee, which for many years was anti-Zionist, Ben Freedman founded the League for Peace with Justice in Palestine in…