As the Republic Dies the Next Generation Must Rise

The first rule of screenwriting, or in fact any fiction writing, is, “Conflict doesn’t create character, it reveals it.” People are who they are and we only find out what they are made of when tested to their limit.

This is the essence of all good storytelling — create characters who rise to be role models for us as we navigate our way through a Universe hostile to our very existence.

While I hesitate to ascribe such noble ideas as ‘character’ to any politician there are a few out there who have shown great potential. I’ve written about all of them at various times in the past few years.

Matteo Salvini in Italy, Hungarian Prime Minister Viktor Orban, Russian President Vladmir Putin, Nigel Farage in the UK and even a flawed figure like Donald Trump are all examples of men who history will remember as having stood up when needed.

At times each of them tried to move heaven and earth to stop the degradation of society, culture and the human condition in the face of an implacable enemy – communist ideologues bent on forcing humanity into submission to their will.

But with the Supreme Court abdicating its primary responsibility under the Constitution last week citing itself in an unconstitutional ruling from 1925 (H/T Martin Armstrong for this) means it is over for Trump and the U.S. to stop the final transformation of the U.S. into an oligarchy in reality if not in spirit.

There is no mechanism for states to redress grievances of any import now. What was left of the compact between equal sovereign states died with a whimper in the halls of the SCOTUS and to thunderous applause by the BlueCheckMarked Sneetches on Twitter.

This means that a stolen election will in all probability stand up come Inauguration Day. The entrenched oligarchy has won this round.

Fine. But it doesn’t mean the efforts of the men I just listed will have been in vain. In fact, quite the opposite.

Because what it has done is revealed the character of everyone involved. What they do next now that they have the power they’ve always craved to transform America will determine what people who have principles other than raw power will do.

We’re beginning to see that response form up. This election isn’t over but the positioning for the future a post-republic America has already begun.

Since election day Tulsi Gabbard, a tweener between Gen-X and a Millennial, has been a non-stop source of, admittedly, Quixotic bills to put paid her insurgent campaign in the Democratic primaries as someone interested in fixing real foundational problems with the country and the bipartisan corruption in Washington.

She continues to reach across party lines introducing legislation which form the basis for a populist election strategy targeting the 2022 and 2024 elections.

From whistleblower protection to repealing Section 230 of the CDA to the bill in the tweet above co-sponsored with libertarian Thomas Massie, Gabbard is an example of what the future holds for the political future once this meta-stable, oligarchic rule-by-men period of America is over.

It’s clear that Gabbard wants no part of being a part of the Democratic Party that’s in power now. That’s why she didn’t run for re-election and I suspect these moves are all laying the groundwork for a return to politics in 2024 as an independent or Sanders-like outsider.

I’ve been writing for years now that our problems stem from an unwillingness of the older generations of politicians to give up power. If anything, they persist because they are owned by the forces that put them there in the first place to pull off this betrayal of the people that has been in the works for decades.

And they will stay in place until they are no longer needed. Just ask Diane Feinstein who is now being sacrificed to make way for the transition team to finish the job she started.

I always saw Trump as Gen-X’s moment to pull a Ronald Reagan and say, “Mr. Trump, tear down this Swamp!” but the real story is that Gen-X is allowing Obama to do that tearing down and hand what’s left back to the old monied elites.

The fight now is between the cross-currents within Gen-X. Equal parts commie and libertarian the one uniting principle is a desire to reform the old order.

It is my read that people like Gabbard, Massie, Sen. Rand Paul and a few others see the problem. Gabbard’s a leftist, but she’s no doctrinaire commie. That makes her and interesting pivot figure around which a coalition to retake control or build back better the U.S. can be formed. This will be necessary once Obama’s incoming crew of vandals overreaches and are thrown out on their asses.

Regardless of the outcome in the coming months and years the changing of the guard is close at hand. Post-Trump America will look very different than pre-Trump. Trump was the apotheosis of the Boomers.

His legacy will be forcing the Deep State into the open, bringing the fight against them out of the shadows.

Trump, however, doesn’t represent the future of America. He’s weighed down with the mythology of an America that never really existed.

That mythology, however, is something worth building on not allowing Obama and The Vandals to tear down. I believe Gabbard understands this.

I also believe at least 75 million Americans understand this.

For the American people to not be frog-marched into the dystopian nightmare of Klaus Schwab’s dreams it will be the revealed character of the Gabbards, Massies and Pauls to lead once the violence reaches a crescendo.

Make no mistake, there will be violence. It is inevitable because the people who voted for Trump will not be placated with UBI or settle down as their voices are silenced.

The fraudsters will forever be looking over their shoulders, lashing out at minor opposition as traitors who need to be put down.

Here we are presented with a staged picture with three white privilege guys straight out of central casting for the latest Obama-produced ‘documentary’ on equality coming to Netflix in the spring.

This is your “Unity” agenda from the most statist of state house organs, NPR, the echo chamber of choice for the low-information ‘informed’ shitlib. This is the face of the Biden/Harris administration.

This is just the beginning of what we can look forward to when the GOP loses both seats in the Georgia run-off and the Democrats, despite historically-low support and engagement with actual voters, run the table.

Once ensconced they will persecute their political enemies in ways only Alex Jones has contemplated to this point. And it will be this escalation that will reveal the quality of the character of these next-generation politicians.

They will have the choice, leader of men or cowards. The republic we’ve known is dead. Maybe that’s a good thing. But what comes after won’t be up to the people who just destroyed it. That job is the next generation’s job. Their moment is coming in the next couple of years. They will have to be ready. 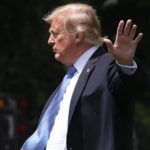 BidenGate – That’s Quite Enough of That