In The Right Nation: Conservative Power in America, authors John Micklethwait and Adrian Wooldridge spend considerable time rehashing the conventional wisdom that says the United States was, from roughly 1900 to 1980, the world’s Great Progressive Hope, a woke nation led by men of liberal values.

“Fifty years ago, America lacked a real conservative ideology… The term “conservative” was largely absent from the American political lexicon, other than as an insult, introduced by the Democrats during the Depression, and vigorously warded off by Republicans like Herbert Hoover, who insisted he was a “true liberal.” When Eisenhower came to power in 1952, the American Right was on the wane. Its two great ideas — laissez-faire at home and isolationism abroad — had been put to flames by the Great Depression and the Second World War. The Republican Party was in the hands of the Northeast’s patrician establishment…Eisenhower prided himself on being above ideology, and he appointed Earl Warren, a notoriously liberal Republican, to the Supreme Court. Nixon and Kennedy ran on almost identical platforms in 1960. In the 1960s, many American liberals thought they stood a good chance of making their country a much more “European” nation… These, without doubt, are the years of the liberal,” John Kenneth Galbraith wrote, somewhat smugly, in 1964. “Almost everyone now so describes himself.”

There is no doubt a grain of truth in that. But not much more than a grain.

To start with, the Progressive Era (1896–1916) is largely a misnomer. While Teddy Roosevelt’s administration did succeed in enacting some long overdue policies to address chronic problems caused by industrialization, urbanization, immigration, and political corruption, policies like anti-monopoly trust busting and the creation of the FDA were not really progressive in any real sense of the word. Rather they were common sense programs designed to rescue free market capitalism from the raging dumpster fire it had become.

No one denies that in a time of great national crises (The Great Depression and World War II), the Franklin Delano Roosevelt administration put into effect some progressive policies under the rubric of the New Deal (i.e., the Social Security Administration, the Food Stamp Plan, Fair Labor Standards), while creating many banking and monetary reforms designed to prevent another catastrophic financial meltdown. However, many of these New Deal policies—Social Security, for example—were passed only after FDR acquiesced to racist southern Democrats’ demands that they exclude agricultural and domestic workers—a large percentage of whom were African Americans. That acquiescence went double for the GI Bill.

As historian Louis Menand observed, “Making liberal democracy work in the years of the Depression and the war meant compromising with [southern] elected officials who were illiberal and undemocratic. Roosevelt understood the politics, and stayed away from the issue of segregation.”

Moving on, FDR’s successor, Harry Truman, can be credited with beginning the integration of the military—a policy which very nearly lost him the presidency.

Certainly, nothing very progressive happened during the Eisenhower years, with the exception of some U.S. Supreme Court decisions, in particular Brown v. Board, which banned segregation in schools. But while Brown became the law of the land, many school districts, if not entire states, simply ignored the ruling or figured ways to get around it. It wasn’t until the 1970s that most America’s schools were integrated. (Cleveland, Mississippi finally fully integrated in 2017.)

If there were a pinnacle of liberalism it was reached during the Johnson Administration, as LBJ expertly steered Civil Rights, Voting Rights, Medicare and Medicaid and Head Start through Congress over the objections of many southern Democrats, who afterward jumped ship and put their support behind the segregationist George Wallace.

And yet this pinnacle of liberalism occurred against the chaotic backdrop of the quagmire of Vietnam, urban riots, mass protests, lynchings of voting rights activists, and the assassinations of the Kennedys, Martin Luther King, Medgar Evers, and Malcolm X.

Politically speaking, that was pretty much it for the so-called Golden Age of Liberalism.

Far more important to the history of the 20th century America was the nation’s reactionary conservatism.

Defenders of the Golden Age of Liberalism myth often cite LBJ’s landslide defeat of Barry Goldwater’s in 1964, as proof that conservatism was not “a thing” in the early-to-mid 20th century. Or they’ll bring up the fact that Democrats held both houses of Congress from 1954 till 1994.

To hold this view, you would have to ignore the fact that LBJ was the incumbent, and a popular, moderate southern Democrat, as well as one of the most skilled, most powerful politicians in American history (the so-called Master of the Senate), running on John F. Kennedy’s legacy, and that Goldwater ran a terrible campaign (“Extremism in the defense of liberty is no vice”). And as for the four-decade long Democratic control of Congress, that hardly mattered when senior southern Democrats, who were anti-union, pro-Jim Crow and pro-war, held much of the power in the party.

Indeed, the flip side of LBJ’s landslide over Goldwater, was liberal and anti-war candidate George McGovern’s disastrous loss to Richard Nixon in 1972, or moderate southern Democrat Jimmy Carter’s calamitous loss to Ronald Reagan in 1980.

It is far easier to argue that 20th century America was a highly conservative era, and that the U.S. was a nation where many states—in particular those in the deep south—allowed, encouraged and sometimes funded the work of domestic terrorism by white supremacist groups in order to “keep blacks in their place,” and whose Jim Crow laws were designed to maintain black Americans in a state of virtual slavery.

That the U.S. was a nation in which Jews were restricted from joining “Christian” clubs or staying at “Christian” hotels, motels and resorts, and where movie directors, actors and screenwriters were imprisoned and their lives and careers ruined for refusing to give Congressional committees the names of their friends and colleagues who may have once belonged to the Communist Party U.S.A, which was one of the few organizations in America that defended the civil rights of blacks in the 1930s and 40s.

It was a nation in which the federal government passed The Sedition Act of 1918, which criminalized speech or the expression of opinion that cast the government or the war effort in a negative light, and the Immigration Act of 1924, which halted immigration from Asia, set quotas on the number of immigrants from the Far East.

It was a nation in which more than 1,100 laborers were murdered or killed in the struggle for worker’s rights, and where the U.S. government interned innocent American citizens of Japanese descent for the duration of WWII.

It was a nation in which a comprehensive Health Insurance Plan was proposed by nearly every president from FDR to Jimmy Carter only to be killed by conservative opposition, and the Equal Rights Amendment went down to defeat.

It was a nation that finally gave women the vote in 1920, but only white women, and forced Native American students to shun their native language, culture, religion and customs in the name of forced assimilation.

It was a nation whose leaders felt obligated to intervene in any sovereign nation that was fighting a civil war against a socialist regime or socialist insurgents, whether in Korea or Vietnam, no matter the cost.

One could make the argument that American culture, at least, was liberalized. The sexual revolution, Roe v. Wade, no-fault divorce, and the Pill gave women a new sense of freedom. Likewise, laws against obscenity allowed Americans to read books like James Joyce Ulysses, which had been banned here.

The problem is that by the Seventies the backlash to the liberalization of culture had already begun. Americans defeated the ERA. Gun laws were loosened. Military spending boomed. White supremacy, which had been on the wane, returned with a vengeance. Fundamental religion rose from the dead, stronger than ever. The archconservative Reagan won in a landslide, and 12 years later, the Republicans took back Congress for the first time in four decades.

So where did this notion of a mythical Golden Age of American Liberalism come from?

The notion is an old one, one that I first came across in whiny essays in conservative magazines in the 1980s. (It wasn’t just liberals like Galbraith spreading this myth.) Like most old ideas the myth does not take into account race. Therefore, if you look at U.S. history from 1900-1980 and exclude race, you might see the workings of a slightly more progressive nation.

But the fact remains, no progressive, liberal nation would have allowed Jim Crow to flourish until the late 1960s, and in some instances beyond.

In their study Why Doesn’t The US Have A European-Style Welfare State? authors Alberto Alesina, Edward Glaeser and Bruce Sacerdote concluded that it was race above all else that prevented the United States from matching Europe’s social programs. Americans did not want to see working blacks benefit from social programs like health care for all, paid family leave, subsidized daycare, the authors found. Americans preferred to spend that money on nuclear weapons and more aircraft carriers.

Not surprisingly, as Europe becomes more diverse, we are seeing a political shift to the right.

What’s more, the “old idea” of a Golden Age of American Liberalism did not take into account how much we know today—how much scholars, journalists and historians have uncovered about CIA coups, the effects of Jim Crow laws, etc.

It is easy to see how Galbraith 1n 1964 would say “these are the years of the liberal.” The Civil Rights Act had just passed (over unanimous southern Democrat objections), Goldwater had been soundly defeated and Martin Luther King had just been awarded the Nobel Peace Prize. However, in that same year three voter rights activists were murdered in Mississippi, congress escalated the war in Vietnam after the Gulf of Tonkin incident, and race riots gripped America’s big cities.

Today, 56 years on, America is still dealing with the same racial unrest, the same murderous white supremacists, while it tries to somehow find an exit strategy from the longest war in American history.

The dawn of the Golden Age of American Liberalism will have to wait. 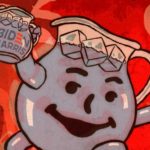 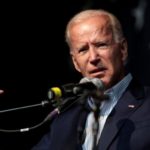 How the Christian Right Won the Culture Wars

'Please Conquer US!' Why are Liberals Calling for Foreign Takeover or International Oversight' of America? 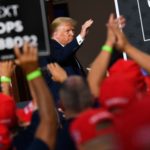 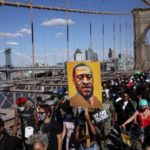 The Descent of America
Opinion
LiberalismUS