During the run-up to the anniversary of the insidious assassination of Iranian General Soleimani – and after one month had passed since the equally controversial massacre of leading nuclear physicist Mohsen Fakhrizadeh – Israel and the United States, which are ones responsible for this atrocity, are demonstratively increasing their military presence in the Middle East, and doing so in demagogic fashion under the guise of fearing “retaliation from Iran”.

The United States, located both at a considerable distance from Iran and outside the range of its missiles, having provoked this crisis clearly fears only a missile attack on its diplomatic mission in Iraq, as well as other American facilities in the region. Washington is trying to validate these fears with reports from American intelligence services, according to which pro-Iranian armed formations that can deliver a “retaliatory strike” have allegedly stepped up their activity in Iraq.

However, on December 21 Iranian Foreign Ministry spokesman Saeed Khatibzadeh denied these suspicions, which especially resounded in recent statements made by US Secretary of State M. Pompeo about the alleged complicity of pro-Iranian militia in the latest rocket strikes executed on Baghdad’s “Green Zone”. Along with that, Khatibzadeh wrote on Twitter that for Tehran “attacks on diplomatic facilities are unacceptable”.

Washington still dispatched additional warships and a squadron of fighters to the Middle East, and demonstratively conducted a nonstop flight of a B-52 strategic bomber that has the ability to carry nuclear weapons, by doing so intending to “intimidate Tehran”. In addition, on December 21 a US naval unit entered the Persian Gulf through the Strait of Hormuz that included a USS Georgia (SSGN 729) Ohio-class submarine, which carries up to 154 Tomahawk cruise missiles and is capable of taking on board up to 66 special operations service personnel, as well as two Ticonderoga-class guided-missile cruisers: a USS Port Royal (CG 73) and a USS Philippine Sea (CG 58). Previously, at the end of November, a USS Nimitz (CVN-68) aircraft carrier was sent off the Persian Gulf “to help contain the enemy”; this was rationalized by the need “to have additional defensive capabilities in the region in case of any unforeseen circumstances”.

As far as Israel goes, it clearly fears a “retaliation strike” from Iran since, given the Jewish state’s modest size, a successful attack on it could actually terminate its existence. This is especially true if the strike were to hit the Dimona Nuclear Research Center, which is considered to be the site where Israeli nuclear weapons originated; Tel Aviv neither confirms nor denies that the center exists. Incidentally, Ayatollah Mohammad-Ali Movahedi Kermani already delivered a warning to Israel that “if Iran decides to put up resistance, then one missile strike on the Dimona reactor would be enough”.

It is clear that Iranian missiles will not really be launched at Dimona, since this is fraught with consequences that entail nuclear contamination and destruction not only for Israel, but for Iran and quite a few neighboring countries across the region. And that is why the Iranian media occasionally names another target: the Israeli city of Haifa.

Israel, fearing the hysteria itself that potential military action could unleash, in a speech made by IDF Chief of General Staff Aviv Kochavi on December 21 cautioned Iran not to attack Israel, stating that “the Jewish state will retaliate against any aggression”.

Along with that, A. Kohavi evidently pointedly forgot to mention that it is not Iran, but Israel itself, that has already demonstrated its aggressive stance toward the Islamic Republic to the whole world by organizing and initiating acts of terrorism and assassinations – and not only against nuclear physicist Mohsen Fakhrizadeh. After all, this is far from the first time that Iranian scientists and leading representatives from Iranian society have been killed by an Israeli act of terrorism. For example, in Tehran, five nuclear physicists have been assassinated recently – and this specifically includes Hassan Tehrani Moghaddam, the architect of Iran’s ballistic missile program. All this points to the systematic destruction of the best Iranian scientists employed in the defense industry, which is being accomplished by the international community with impunity. This series of assassinations of prominent Iranian scientists, politicians, and military personnel – who ended up being unacceptable for the United States and Israel – substantiates the suspicions first voiced long ago that Western intelligence services and Israel have adopted the terrorist practice of eliminating key personnel and various prominent figures in those countries with which they are at war; this is done to weaken their defense systems and technological potential.

In addition to the words it speaks to help deter Tehran, Tel Aviv has taken a series of measures to test the combat readiness of its army against any potential foreign attacks, and is active about consulting with Washington – especially with representatives from the Pentagon – about how to work out joint coordination for the two countries to take military action against Iran. In particular, large-scale, unprecedented exercises came to an end in December, during which the capabilities of the three levels of Israel’s anti-missile defense (ABM) systems to neutralize various air threats were put to the test. Senior Israel Defense Forces officers, according to the Internet publication Breaking Defense, held “negotiations on coordination work” with their counterparts in the US Central Command (CENTCOM, which includes the Middle East) to bolster cooperation between the armed forces in the two countries “against Iran possibly taking revenge in the region”. According to this publication, the IDF has reached its highest degree of readiness, in particular with regard to repelling “some of the 140,000 missiles that Iran-backed Hezbollah has in Lebanon, and the Houthi rebels in Yemen”. At the same time, it has been reported that although the Israeli command does not disclose the details about how it prepares for war, its tactical and operational anti-missile defense systems, and long-range missile systems, are still on high alert.

In addition, as reported by The Times of Israel, on December 17, Chairman of the Joint Chiefs of Staff Mark Milley arrived in Israel as part of his Middle East tour to discuss the threat that Iran poses to Washington’s allies, including the Jewish state.

As part of preventive measures taken against the armed situation in the region potentially escalating, Israel began to actively spread out its naval fleet around Iran. An Israeli Navy Dolphin-class (Type 800) submarine carrying cruise missiles on board passed through the Suez Canal, and on December 21 demonstratively surfaced in the Persian Gulf, in the waters that stretch between Saudi Arabia and Iran. Dolphin is a series of German modified diesel-electric submarines that are specially designed for Israel, and which have from 6-10 torpedo tubes. Besides torpedoes, they are armed with mines and Popeye Turbo SLCM cruise missiles that have a range of up to 1,500 km, and are capable of carrying nuclear charges with a capacity of up to 200 kilotons launched from torpedo tubes. The Israelis regularly keep at least two of their submarines.in the Indian Ocean, in the immediate vicinity of the Persian Gulf.

Today, in the assessments made by numerous experts, there is reason to presume that in January 2021, before Donald Trump leaves the White House, a joint American-Israeli missile strike could be launched against Iran, primarily to neutralize Iran’s air defense systems, as well as its nuclear industry facilities.

However, while ramping up the degree of military tension in the region Tel Aviv and Washington cannot help but clearly see that Iran does not intend to attack either the United States or Israel. Iran is not in an ideal condition to wage war now, since its economy is seriously undermined by the restrictive measures imposed on its oil sales abroad, as well as by the consequences of the coronavirus pandemic, the deficit inflicting its national budget, and the weakening of its national currency. Yes, military operations “against American and Israeli aggressors” can raise patriotic sentiments in the Islamic Republic for a certain period, but they would quickly drain the Iranian economy and militaristic zeal. In addition, hoping for a change in the attitude taken toward it after the White House administration changes, for political and economic reasons it would now be clearly disadvantageous for Tehran to carry out any large-scale “retaliatory strike”. Therefore, the maximum that Tehran is capable of doing today, without causing itself significant damage, is to carry out a special operation against the Israelis involved in the murder of Mohsen Fakhrizadeh – or to inflict a targeted strike on American facilities in the region through its “proxies”.

As for the United States, Israel, and their allies taking military action against Iran right now, it should be kept in mind that the Islamic Republic, despite all its existing economic problems, is a pretty tough nut to crack in terms of its military, and aggression against it would have serious costs. And this cost is obviously unacceptable for either Trump or Netanyahu, who intend to keep pursuing their political careers. 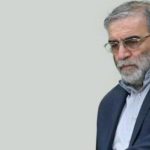 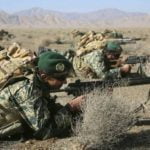 Iran Rejects Continuous Provocations and Continues Along a New Path 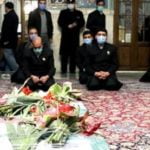 A Killing in Iran: Who Gains From Yet Another Assassination?
Opinion
IranIsraelUS