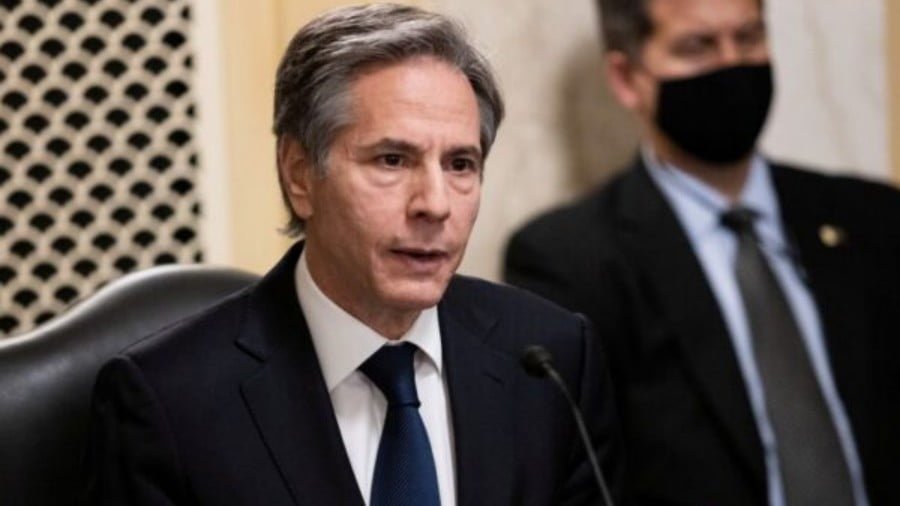 Blinken does not seem to have repented from his fundamentalist belief in American imperial goodness, notwithstanding his appeal for “humility”.

Barring an earthquake in Washington, Antony Blinken is set to become the new U.S. Secretary of State and America’s top diplomat. The youthful and telegenic Blinken (58) takes over from Mike Pompeo who was America’s representative to the world under the last Trump administration.

The contrast could not be more stark. In place of Pompeo’s thuggish, rough-edged style, Blinken has the appearance of consummate diplomat. He’s fluent in French owing to a European education, he’s urbane and sophisticated and comes from a family which has diplomacy in its genes. His father was an ambassador to Hungary and an advisor to President John F Kennedy. An uncle was ambassador to Belgium.

Blinken has Hungarian and Russian Jewish ancestry. His mother remarried a Polish-American Jewish survivor of the Nazi holocaust. During his confirmation hearing in the Senate this week, Blinken told the story of how his stepfather escaped from a Nazi death march in Bavaria and was eventually rescued by an American tank driven by an African-American officer.

That story has shaped Blinken’s worldview of America’s prestige and international role. He’s a proponent of U.S. military interventionism with a presumption of moral duty. He’s an advocate of America working with European allies and upholding the transatlantic alliance – in contrast to Trump’s boorish America First sloganeering. Understandably, Blinken is imbued with an unshakable belief in “American exceptionalism” and “manifest destiny” as a world leader.

The Senators at his confirmation hearing this week swooned as Blinken spoke. He’s certain to be confirmed as the new Secretary of State in the coming days. That’s because he is seen to be perfect for the task of restoring America’s international image which has been so badly tarnished under Trump and his grumpy gofer Pompeo. The Europeans will lap up Blinken and his transatlantic romanticism.

Blinken has said that America’s foreign policy must be conducted with “humility and confidence”, which may sound refreshingly modest. But it’s not. Underlying this “quiet American” is the same old arrogance about U.S. imperial might-is-right and Washington’s presumed privilege of appointing itself as the “world’s policeman”.

If Blinken’s record is anything to go on, his future role as America’s top diplomat is foreboding.

Previously, he was a senior member in the Obama administrations serving as national security advisor to both the president and Joe Biden who was then vice-president. Blinken rose to become deputy Secretary of State in the final years of the second Obama administration. In those roles he was a key player in a series of foreign interventions which turned out to be utterly disastrous.

He was a big proponent of U.S. military intervention in Libya in 2011 which led to the toppling and murder of Muammar Gaddafi. That intervention along with other NATO powers has left a ruinous legacy not only for Libya but for North Africa, the Mediterranean and Europe.

Blinken was also a point-man in Obama’s intervention in Syria where the U.S. (and other NATO powers) supplied weapons to anti-government militants. The so-called “rebels” were in fact myriad terrorist groups affiliated with Al Qaeda and other extremist Islamists. Up to half a million people have been killed in the decade-long Syrian war and much of that blood is on America’s hands from its de facto support for terror gangs. Maybe Blinken genuinely thought he was supporting “pro-democracy rebels”. But even if we give him the benefit of doubt, the upshot is still a disaster of American interventionism.

Another catastrophic consequence of Blinken’s policymaking is Yemen. Under his direction, the Obama administration backed the Saudi war on its southern neighbor beginning in March 2015 and continuing to this day. Yemen has become the worst humanitarian crisis in the world with millions facing starvation amid Saudi aerial bombardment carried out with U.S. warplanes and logistics.

The new Biden administration has indicated it will withdraw military support for Saudi Arabia in its war on Yemen. But that doesn’t absolve the U.S., and Blinken in particular, for having created the horrendous quagmire from which it is belatedly trying to extricate itself from.

What’s rather perplexing, however, is that Blinken does not seem to have repented from his fundamentalist belief in American imperial goodness, notwithstanding his appeal for “humility”. During his Senate hearings, he showed little regret about America’s illegal bombing of Libya and its arming of jihadists in Syria.

He described the world with the conventional brainwashed American ideology as being a place where China, Russia, Iran and North Korea are enemies that must be confronted. He also told Senators he was in favor of increasing supplies of lethal weaponry to the Ukraine and its rabidly anti-Russian regime in Kiev. Recall that it was the Obama administration which instigated a coup d’état in Kiev against an elected president in February 2014. The new regime was and is dominated by far-right nationalists who laud past links to Nazi Germany. If Blinken has his way the war against ethnic Russians in eastern Ukraine will escalate and could ignite a bigger confrontation between Russia and the U.S.

One of the hallmarks of the U.S.-backed regime in Kiev is its espousal of Neo-Nazi traditions and in particular antisemitic hatred.

Given Antony Blinken’s own Jewish ancestry and his own intimate connection to the Nazi holocaust, you do have to question his competence if he becomes America’s foreign policy leader. His boss President Joe Biden has fondly lionized Blinken as a “superstar” of diplomacy. Superficially perhaps, he has finesse and intelligence. But in much the same basic way of adhering to American imperialism, Blinken is as crude and thuggish as his predecessor Pompeo. He just projects a more plausible look and sound, which is most desirable as a moral cover for America’s criminal imperialism.

Blinken is known to self-deprecate his “insatiable habit” for making up bad puns. For example, on one occasion when he was addressing an audience on policy regarding the Arctic, he began by joking he would be “breaking the ice”. Given his ability to pursue destructive dead-end policies, he might therefore appreciate the moniker “Secretary of State Tony Blinkered”. 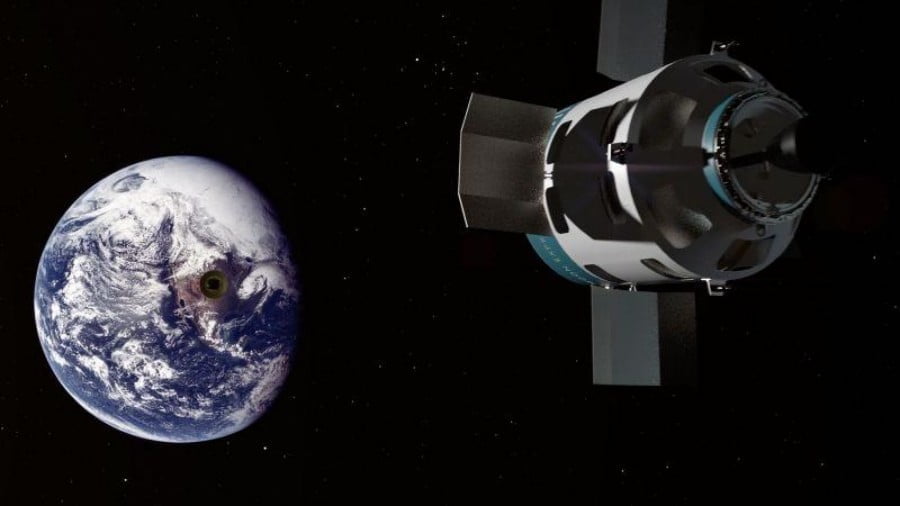 The New Cold War, despite being very different from its predecessor in many ways, is replicating it when it comes to the impending resumption of the Space Race. The world is in the midst of a New Cold War between the unipolar and multipolar forces, or as one can argue, between the American-led and Chinese-led… 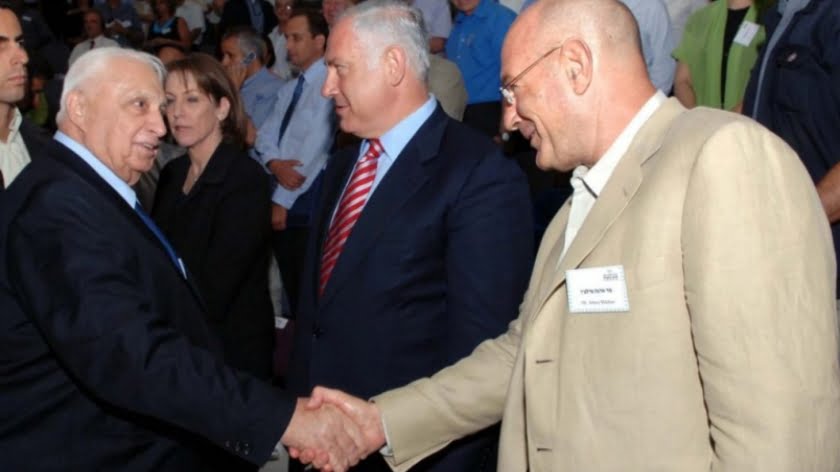 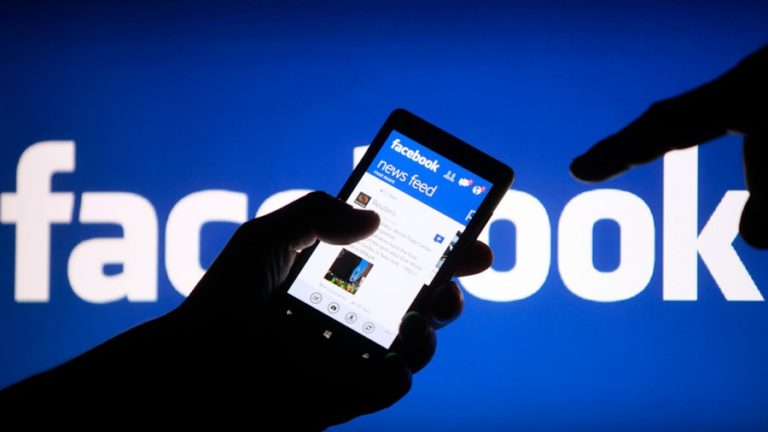