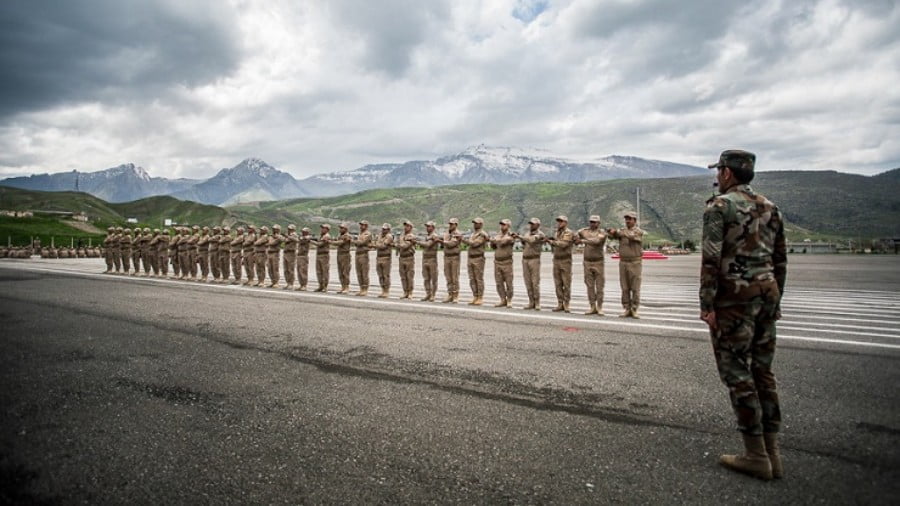 Yet again thrown by their “older American brothers” to the winds of fate, the Kurds in the Levant nowadays are not living through the best of times. On the border running between Syria and Iraq, a new armed conflict entailing human casualties is unfolding, one which demonstrates, among other things, a clear lack of unity among the Kurds, and that so-called Kurdistan is divided into parts ruled by various leaders, many of whom are competitors, and often almost irreconcilable enemies. Against this backdrop in the past few years, fierce battles between Kurdish formations have begun to occur more and more frequently, with the warring parties, while losing their fighters, the warring parties, concentrating their forces along the border in anticipation of new clashes.

The Syrian Kurds blame their Iraqi compatriots from the Peshmerga group for causing this conflict, including preparing for war in the Syrian Arab Republic. So, according to the position announced in ANF News by the Syrian Kurds, since October the Kurdistan Democratic Party (KDP) has been organizing provocations in South Kurdistan. The KDP, controlled by the family of Iraqi Kurdish leader Barzani, has been accused of both working closely with Turkey in various areas, including intelligence gathering, spreading propaganda, and logistics, and fueling domestic conflicts that could lead to civil war.

In October, Peshmerga proclaimed that an attack had been committed by Syrian Kurds on an oil pipeline, which resulted in oil exports from Kurdistan to Turkey being suspended.

On November 4, local media outlets reported that armed clashes broke out between Peshmerga forces and Kurdistan Workers’ Party militants in the area of Duhok, which resulted in the death of one Iraqi Kurdish fighter and injuries for three others.

On December 15, General Mazloum Abdi, who is the commander-in-chief of the Kurdish-Arab “Syrian Democratic Forces”, which was created by the United States, accused Iraqi Kurds of attacking and wounding three SDF members.

On December 16, the Iraqi Kurdistan regional authorities announced that Syrian armed groups from the YPG (which forms the backbone of the SDF) attacked bases and positions held by the Iraqi Peshmerga near the border. Syrian Kurdish leaders denied these accusations, calling them false, and leveled similar accusations toward Iraqi tribesmen themselves.

Local observers note that Iraqi Kurds are being transferred to the Syrian front with support provided by Turkish combat drones. It is worth noting that Ankara considers the YPG to be the Syrian wing of the Kurdistan Workers’ Party, which is labeled as a terrorist group in Turkey; this was used as the rationale for it to invade Rojava last October, displacing hundreds of thousands of civilians. Selahattin Demirtas, the co-chairman of Turkey’s largest Kurdish People’s Democratic Party, has been behind bars for the fourth year on charges of “supporting terrorism”. To mitigate the influence of this Kurdish movement, which is represented in the Turkish parliament, and to sow more discord in the Kurdish community, Turkey is preparing to organize a new Kurdish party with support from the country’s ruling Justice and Development Party.

Regarding the military potential possessed by Kurdish groups in Syria and Iraq, it should be specified that both sides have virtually full-fledged armed forces that have been equipped with help from “foreign players”. Washington and Ankara are the ones helping the Iraqi Kurds. The Syrian Kurdish groups were financed, armed, and trained by the United States and its allies in the anti-terrorist coalition. At the same time, it is evident that both sides have been lent support by Washington, as well as used by it in the struggle for influence, power, and oil – both in Syria and Iraq. On top of that, the United States essentially put its seal of approval on the defeat of the Kurdistan Workers’ Party – a party recognized by them as terrorists in the European Union – in the Syrian Arab Republic and Iraq, where the main bases that the PKK has are located since their forces were defeated in Turkey.

In recent years, Trump has effectively lost interest in supporting the Kurds in the region, and even announced in October 2019 that American troops would be withdrawn from the area, and this time would not defend the Kurds. After that, Turkish aircraft started to attack the region and the positions that were held by the Kurds.

Donald Trump stated his position on the Kurds and the reason why the United States is abandoning them yet again on his Twitter page a year ago, noting in particular that the Kurds, an Iranian ethnic group, did not help the United States during WWII – including during the invasion of Normandy. It seems that the US president clearly drew on this kind of “extensive expertise” in WWII history from an article by Kurt Schlichter in the publication Townhall – which praises Trump’s policies – that stated: “The Kurds helped destroy DAESH (a terrorist group banned in the Russian Federation) … But let’s be honest: the Kurds did not come to help us in Normandy, Incheon, Khe Sanh, and Kandahar”. Well, what else can be expected for the Kurds from their “elder American brothers”?

The processes among the Kurds, which began in 2019 after another episode involving betrayal by the United States, were described in sufficient detail by The New York Times. Today, these processes have intensified, as have Turkey’s operations against the Kurds in Syria. One of the very hot spots in this regard was the city of Ain Issa in the northern part of the Raqqa Governorate, where Turkey has stepped up its shelling of Kurdish positions. For example, on the evening of December 17, the Turkish army and militants allied with it struck a powerful blow to the positions held by the predominantly Kurdish “Syrian Democratic Forces” in the area of the city of Ain Issa, attacking two nearby villages, and this forced SDF groups to abandon these positions and regroup their forces to keep the enemy from advancing any further. On the night of December 22, pro-Turkish forces ratcheted up the intensity of their strikes on the city of Ain Issa and its environs, and the Turkish military itself switched to using heavy artillery to strike the northern part of the Raqqa Governorate.

Under these conditions, representatives of the Russian and Syria military held talks on December 22 with representatives of Kurdish autonomous organizations – with participation on the part of Turkish officers – to try to ease tensions, but the parties did not reach any agreement. Representatives from the Turkish military demanded the withdrawal of all militants from the SDF, promising to stop the attacks by pro-Turkish criminal groups on Ain Issa if this occurs, although Ankara had previously denied that the militants were acting on its instruction.

The situation remains filled with tension, despite the measures taken by Russia to help foster stabilization.

DAVOS MAN: “A soulless man, technocratic, nationless and cultureless, severed from reality. The modern economics that undergirded Davos capitalism is equally soulless, a managerial capitalism that reduces economics to mathematics and separates it from human action and human creativity.”  – From the post: “For the Sake of Capitalism, Pepper Spray Davos” One thing I’ve been very careful about… 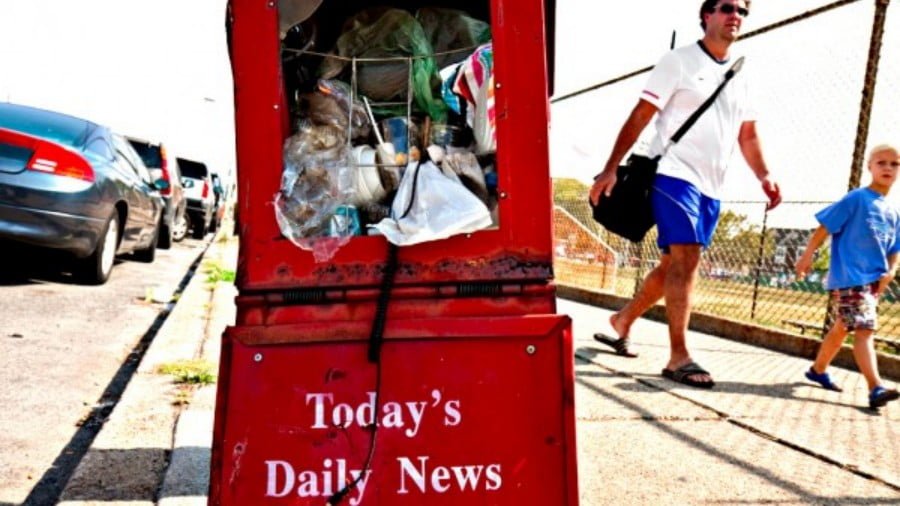 I was just interviewed by two Temple journalism students, Amelia Burns and Erin Moran, and though they appeared very bright and enterprising, with Erin already landing a job that pays all her bills, I feel for these young ladies, for this is a horrible time to make and sell words, of any kind, and the…

Syrian state media said Israeli fighter jets fired two missiles that hit west of Damascus, causing no casualties. Earlier reports indicated the missiles had hit Hezbollah militia targets near Al-Saboorah, a government-controlled suburb of Syria’s capital. Israeli planes launched the airstrike from Lebanese airspace at dawn to “divert attention away from the successes of the… 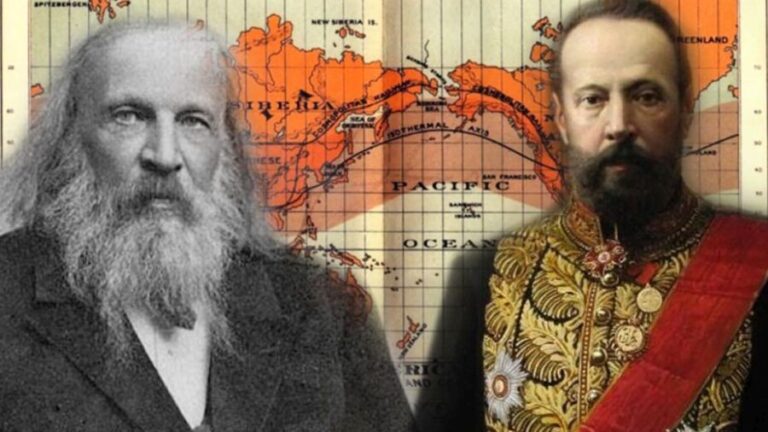