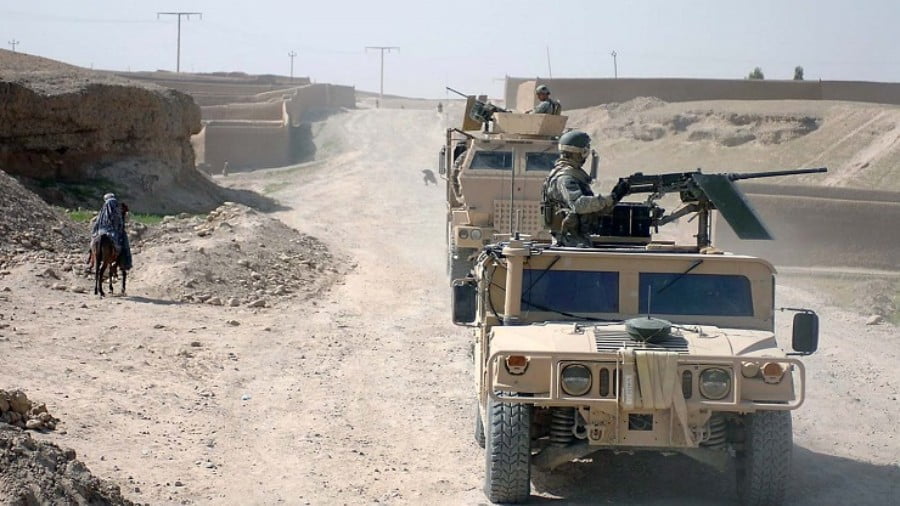 As the evacuation of NATO’s coalition troops, deployed in Afghanistan for the past 20 years, begins, a highly serious and still unresolved issue for the United States is where these armed forces and their weapons and military equipment will be withdrawn to.

Some media outlets have already heard from a senior White House official that some of the troops to be withdrawn are planned to be moved to the Indo-Pacific region. However, it is quite clear that in this case only part of the coalition troops being withdrawn is concerned. But 10,000 US and NATO troops in Afghanistan with all the weapons and military equipment they have amassed during the years of occupation need to be deployed somewhere within the remaining six months before the deadline announced by US President Joe Biden (September 11). And the scope of this task is getting more and more formidable as the American military take stock of all the military equipment stockpiled by coalition troops. Although it is possible to sell some of it locally or transfer it to the Afghan security forces, the remaining extensive portion will be inherently very difficult and expensive to export to Europe or other US bases, even with the US making dollars from its printing press.

Certainly the United States and its allies would prefer to have military bases in Afghanistan’s neighboring countries rather than moving troops to more remote areas, such as the Middle East. Washington immediately rejects Iran, and Pakistan is a highly unlikely option.

In 2008, as relations between the US and Pakistan became increasingly strained, Washington and its allies created the “Northern Distribution Network” (NDN), through which non-lethal cargoes were delivered from Europe via Russia and Central Asia to coalition forces in Afghanistan. After the West’s critical reaction to the Crimean events, in 2015 Russia cancelled agreements to transit cargo for coalition forces through its territory, but the NDN continues to operate, delivering cargo through Georgia and Azerbaijan, across the Caspian Sea to Kazakhstan and on to Uzbekistan and Afghanistan. Today this NDN not only delivers supplies to Afghanistan, but also remains the main route for exporting foreign military equipment from Afghanistan.

But it is one thing to move weapons and equipment, and completely another to have military bases in the immediate vicinity of Afghanistan. In the course of its information campaign on alleged future military support for the operations of Afghan government forces against such terrorist groups as Jamaat Ansarullah, Islamic Jihad Union, Islamic Movement of Uzbekistan (IMU) and Islamic State of Iraq and Levant-Khorasan (ISIL), which can threaten the stability of Central Asia, Washington looks to strengthen the interest of Central Asian states in the presence of said bases.

Amidst such conditions, the option of redeploying coalition forces from Afghanistan to a Central Asian country is now becoming especially popular in Washington. And some recent media reports suggest that the US military will make a maximum effort to redeploy some of its troops to Central Asia. There is already intensive groundwork underway to prepare for this. So, on April 22, US Secretary of State Antony Blinken already had telephone conversations with the foreign ministers of Uzbekistan and Kazakhstan, and on April 23 his virtual meeting with all the heads of foreign ministries of Central Asian countries in the C5+1 format was held.

Today, not only does Russia have military bases in Central Asia — in Kyrgyzstan and Tajikistan — but even China has a small military base in the remote mountainous regions of far eastern Tajikistan — at the intersection of the Tajik, Chinese and Afghan borders. Both countries work with Tajik forces to conduct counter-narcotics raids in Afghanistan.

Uzbekistan has no Russian or Chinese military bases and is not a member of the Russian-led Collective Security Treaty Organization (CSTO) like Kazakhstan, Kyrgyzstan and Tajikistan are. And if Uzbekistan faces a security threat, it can only count on bilateral military agreements, which is why Washington believes the deployment of US troops could provide it with some additional guarantees in deterring militants based in Afghanistan.

In its calculations about the possibility of redeployment of troops to Central Asia, the Pentagon relies on the fact that NATO has been cooperating with the republics of this region for almost twenty years, and Tajikistan, Uzbekistan and Kyrgyzstan have been members of the Euro-Atlantic Partnership Council since 1997. However, Washington also understands certain difficulties in this matter, since each of the countries has its own characteristics of interaction. In particular, Kazakhstan, Kyrgyzstan and Tajikistan are members of the CSTO, while Uzbekistan has a negative experience with the “revolutionary” upheaval that took place in Andijan in the 2000s. For parties to the Collective Security Treaty, Article 2 provides for a collective fight against “threats to the security, stability, territorial integrity and sovereignty of one or more states”. However, in the official documents of the United States and NATO, Russia is listed as a strategic adversary.

Nevertheless, Washington expects to use the fact that the US and Russian bases were previously deployed simultaneously in Kyrgyzstan, and both Russian and NATO bases were located in Tajikistan. The last time Western troops used bases in Central Asia was from 2001 to 2014, but things didn’t end too smoothly for the US and Western countries then.

However, US and NATO officials make no secret of their desire to try again to place their military bases in Central Asia. Although Tajikistan has the longest border with Afghanistan and the country is very convenient for the Americans because of the short time it takes to get to the sites of air strikes, the appearance of an American military base here, although not impossible, is still unlikely due to the presence of a Russian military unit.

The appearance of a full-fledged US base in Uzbekistan, which under President Karimov already had a Pentagon base, is more likely. That is why the US has recently placed special emphasis on developing military cooperation with the country. In particular, the other day there was an American delegation led by Duke Pirak, deputy head of strategic planning and policy at the Central Command of the US Armed Forces. During this visit, a series of meetings were held, including with the head of the General Staff of the Armed Forces of Uzbekistan, Shukhrat Kholmukhamedov, with whom they discussed cooperation in the military sphere. Despite the fact that Uzbekistan is now actively developing military cooperation with Russia, which is a major factor in ensuring regional security and the strength of the Uzbekistani armed forces, the United States has recently been increasingly seeking to “move Russia aside” and take its place, intending to hold the first dialogue on strategic partnership this year.

Despite the importance of continuing international efforts to counter terrorist activity in Afghanistan and intensifying measures to strengthen regional security measures, especially after the withdrawal of US and NATO military units from Afghanistan, the question of even temporary deployment of this military contingent in Central Asia will certainly be decided taking into account the position of Russia as well as China. As for the position of Moscow and Beijing, they will appropriately take into account the latest actions of Washington, which famously does not reduce its anti-Russian and anti-Chinese rhetoric, as well as military preparations with regard to Russia and China. 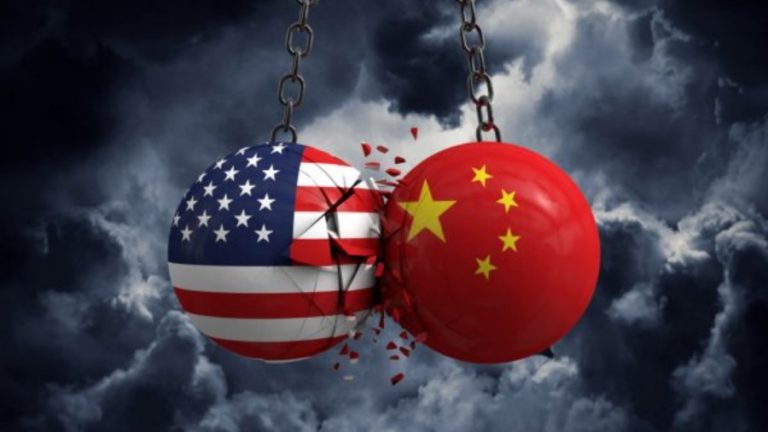 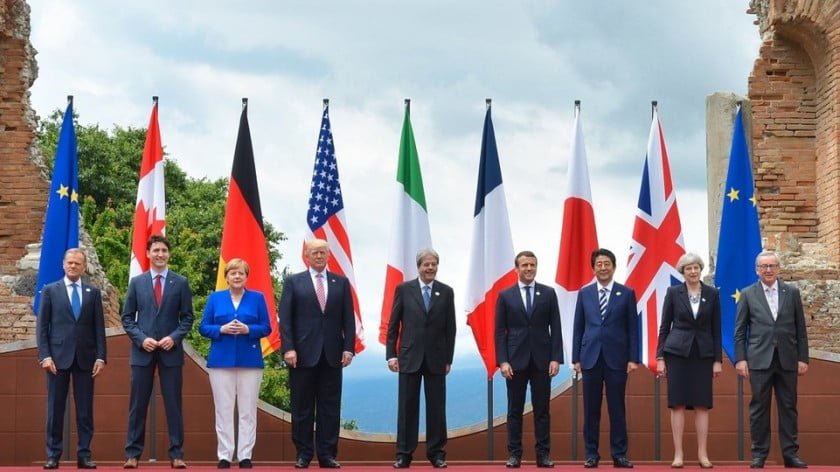 Both business and political circles of the United States have long been making efforts to put all oil-producing regions of the world under their direct control. In this regard, one can only take the role they played in the signing of the so-called Comprehensive Peace Agreement of 2005 between Sudan and South Sudan as an… 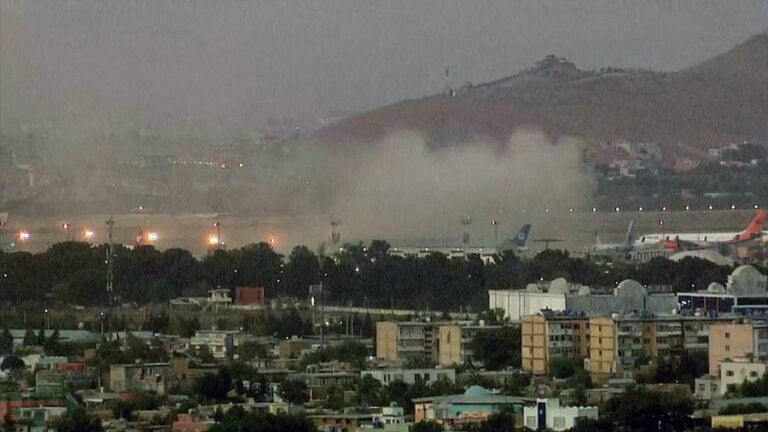 The world’s eyes are on that site so any terrorist group, let alone one as publicly-hungry as ISIS-K, would have regarded it as too tempting of a target to pass up. The international community is shocked by ISIS-K‘s three attacks (and counting?) at the Kabul Airport that killed dozens of people, including at least 10… 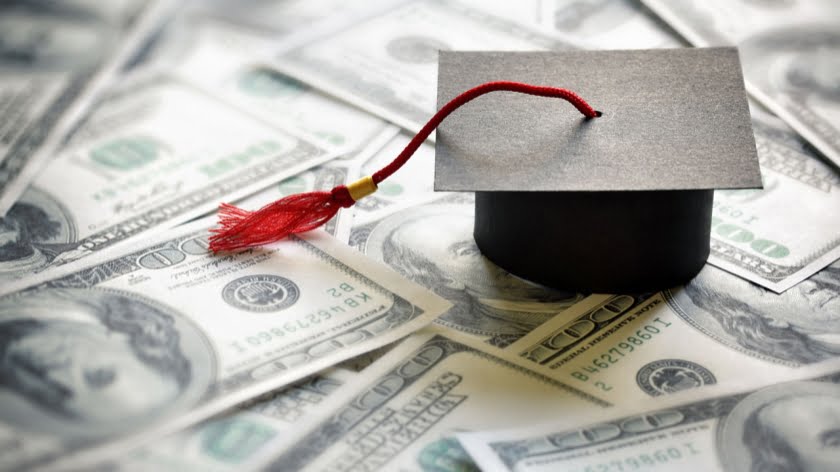 An old friend of mine, who taught political science for 25 years at the University of Colorado, was known to tell his students that the real reason they were there was to marry people from the right social class. While perhaps a little overly cynical, this assessment certainly wasn’t totally wrong. Few parents have ever been overly concerned…