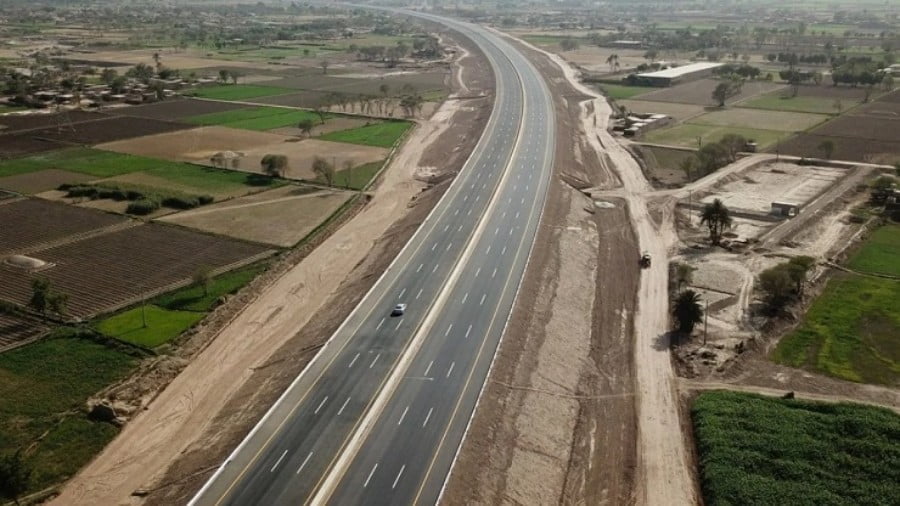 On May 23, 2021, Prime Minister of the Islamic Republic of Pakistan Imran Khan stated that the China-Pakistan Economic Corridor (CPEC) will have a positive impact not only on Pakistan’s economic growth, but also on how the entire South Asian region develops. Imran Khan praised the speed of the work done on creating special economic zones within the framework of the CPEC, which, as many experts and analysts believe, will provide new impetus to industrializing Pakistan, and will help the country attract foreign investment.

Introduced to the world community in 2015, the China-Pakistan Economic Corridor is one of the flagship projects under the Belt and Road Initiative. It now represents the foremost bilateral agreement signed between China and Pakistan over the past decade, with budget of over $62 billion.

In 2016, within the framework of the CPEC in the Pakistani city of Sukkur, the opening ceremony for this infrastructure project was held that marked the beginning of building a section of highway between the cities of Sukkur and Multan, which was supposed to become part of the highway network connecting the cities of Peshawar and Karachi.

The CPEC holds tremendous importance not only for Pakistan, but also for the Celestial Empire. To raise the standard of living for the population and enter a new stage of development, Pakistan, above all else, needs to provide high-quality transportation infrastructure. The CPEC plays one of the key roles in the process of industrialization for the country. It is well-known that Pakistan is located at the crossroads between China, Central Asia, and the Middle East. To effectively market its goods around the world and thereby strengthen its economy, it is vital for the PRC to have an efficient transportation system. The CPEC palpably simplifies the logistical processes involved for the PRC.

The Pakistani authorities estimate that the country’s GDP could grow 4% faster if it were not hindered by an extremely dilapidated, inefficient, and outdated transportation network. The CPEC is tasked with remedying this problem. The modern transport systems built under the CPEC connect the seaports in the coastal cities of Gwadar and Karachi with northern Pakistan, as well as with many inhabited settlements in western China and Central Asia. This will soon yield results, and help the Pakistani economy develop more intensively.

It is very important to note that, unfortunately, in Pakistan today the level of terrorist threats is very high, and riots often occur in this state. For example, in April 2021 the country was overwhelmed by major protests, which have been reported on before. To prevent possible attempts by rioters to destroy the roads that are so important for the country as a sign of protest against foreign projects, in 2019 Pakistani leadership decided to send its military personnel to guard the CPEC. This is an important factor, since the roads that connect the country’s cities also contribute to the prosperity of the domestic market, and are now under increased security. These measures not only significantly increase the level of safety for Pakistani commercial transportation companies, but also make a colossal contribution to increasing citizens’ internal mobility. Now Pakistanis can freely move around their country without worrying about their lives or the safety of their items of value.

According to the Pakistani authorities, thanks to the presence of the CPEC more than 2 million new jobs will appear by 2030 in a country with a population of about 208 million people, and this, of course, will have a positive effect on the country’s economic growth. Given the current unemployment rate in Pakistan of 4.4%, the development of the CPEC project will increase the share of those in the workforce.

Because of its underdeveloped infrastructure, it is difficult for Pakistan to gain access to international export markets. Exports amount to a mere 10% of Pakistan’s GDP. This indicator is extremely low, and the CPEC is designed to boost it. Thanks to its new, efficient transportation system, Pakistan will be able to trade goods with its neighbors, thereby contributing to economic development across the entire region.

The CPEC will have a positive impact on the prosperity of neighboring states located in the vicinity of Pakistan: Afghanistan, Tajikistan, Turkmenistan, Kyrgyzstan, and Uzbekistan. The above-mentioned countries also have a fairly low level of infrastructure, but over the next few years that should improve. First, thanks to the CPEC Pakistan will be able to trade more with its neighbors, contributing to the development of their economies. Second, all these countries are part of the Chinese program dubbed the One Belt, One Road Initiative. It can be assumed that when Pakistan’s infrastructure is improved the Celestial Empire will become seriously involved in investing in the countries that border Pakistan to establish highly efficient trade routes.

To recap, the conclusion can be drawn that the process of building the CPEC should be named one of the most important events in the Pakistan’s history. Thanks to the development of its infrastructure, the country will be able to receive a new stimulus for its economic well-being. In addition, thanks to the expansion of domestic and foreign markets, the level of prosperity throughout the country will significantly increase, as will the quality of life for its population.

Along with that, an increase in trade between Pakistan and Central Asian countries will bolster their economic performance and have a positive impact on the living standards for their citizens. As we can see, the development of transport systems contributes to substantial positive changes. The region will definitely become more advanced and modern.

For its part, China will have successful countries it can partner with next to its borders. This is beneficial for the Celestial Empire, since the presence of prosperous neighbors has never harmed anyone. On the contrary, mutually beneficial cooperation can be built with “well-off” border countries, which will lead to universal prosperity across Asia. 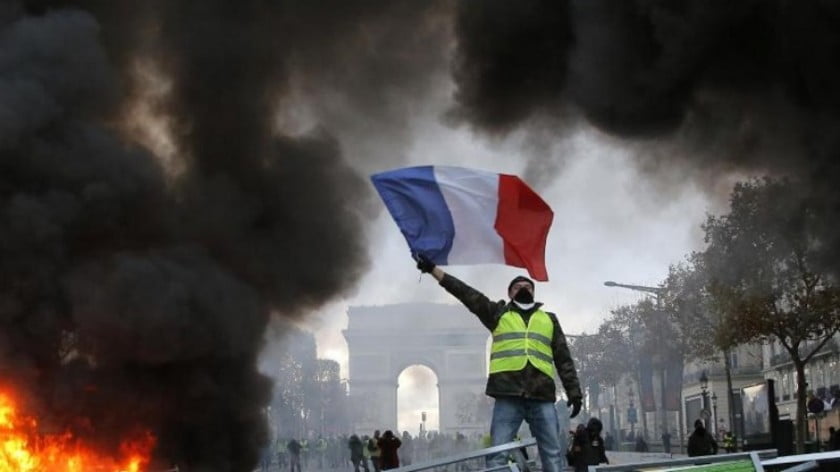 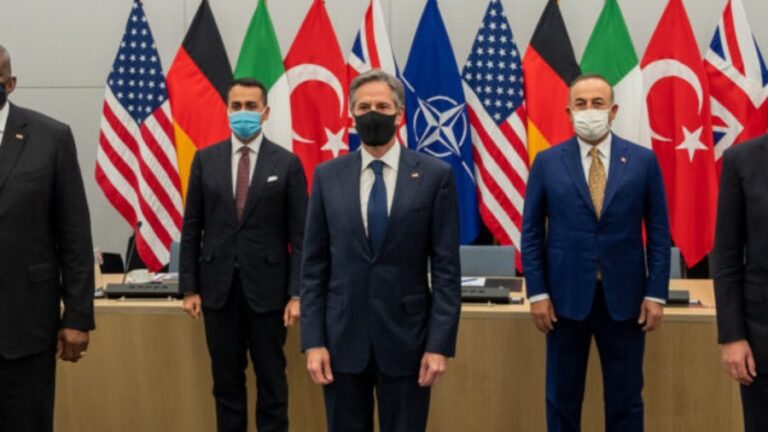 There’s no guarantee whatever that the NSA has refrained or will refrain in future from eavesdropping on Washington’s NATO allies. In May there were many media reports concerning Steadfast Defender which is a series of land, air and sea deployments and manoeuvres by armed forces of nations of the U.S.-Nato military alliance that in the… 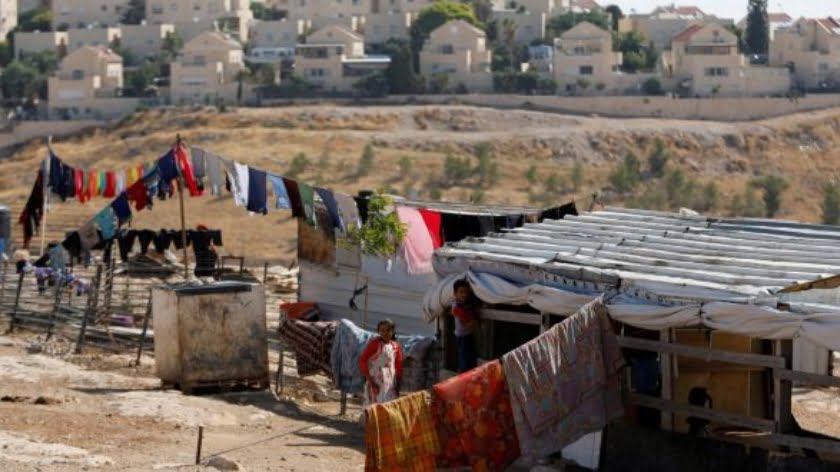