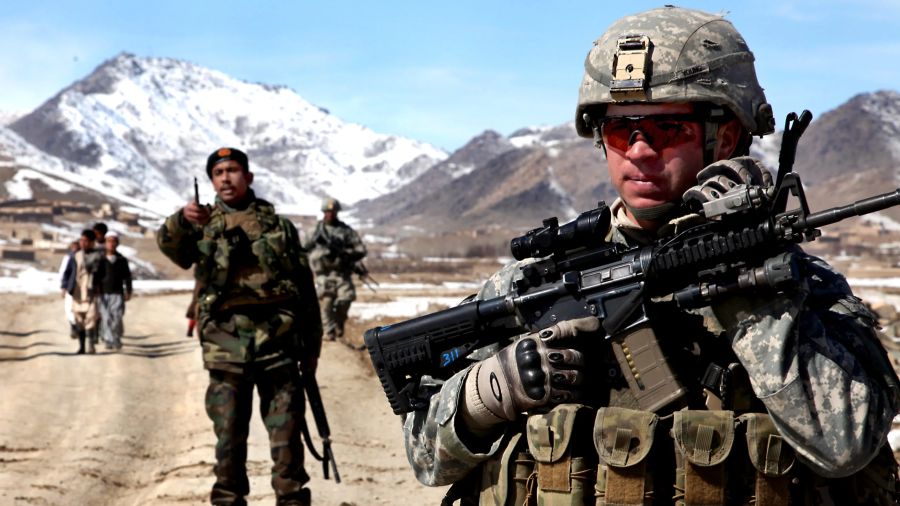 The United States lost the Afghanistan War a long time ago, as is quickly becoming apparent as the Taliban take city after city.

After 2002, it was never clear what the US war aim was. You can’t win a war if you don’t have a clear objective. The war is lost before it begins.

The initial US military action against the Taliban government of Mulla Omar in fall, 2001, was based on the refusal of Kabul to hand over Usama Bin Laden and other al-Qaeda terrorists who carried out the September 11 attacks. There is no reason to believe that the Taliban leadership was aware of what al-Qaeda was planning. The Taliban are Pushtuns, al-Qaeda was Arab expatriates. Pushtuns were known to get sick and tired of the Arabs lording it over them and occasionally to stick a shiv between their ribs on the march.

Al-Qaeda was not, however, just a “guest” of the Taliban. It was their 55th Brigade. The al-Qaeda fighters were the best in the country and were the only ones who could take on the Northern Alliance remnants in the country’s northeast with any success. Mulla Omar would never have turned them over to the US. For one thing, he needed them at the home front. But not only the Taliban but many in al-Qaeda felt deeply betrayed by Bin Laden’s use of their hospitality to stage a brazen attack on a superpower, bringing the full weight of the international community down on them.

The US gave the Northern Alliance (fundamentalist Sunni Tajiks, Shiite Hazaras and secular Uzbeks) air support, and enabled them to roll up the Taliban in city after city by taking out the few military vehicles the Taliban had. All the forces were poorly equipped. The Northern Alliance forces took Mazar-i Sharif on horseback, with US special operations guys in tow, painting lasers on Taliban targets for the airstrikes. Some of the spec ops guys didn’t know how to post when riding and boy were they sore the next day.

The Northern Alliance were fighting for their lives, and they defeated the Taliban in the field. The Taliban are genocidal toward Shiite Hazaras, some 22 percent of the population, clustered in the center of the country. The Persian-speaking Tajiks, their Islam inflected with Sufism or Muslim mysticism, deeply feared the Taliban and their Saudi-influenced ideology. Many Uzbeks, influenced by the industrialization in the north and the proximity to the former Soviet Union, were urbane and relatively secular-minded, and hated the hyper-fundamentalism of the Pushtun Taliban.

By spring of 2002, the Taliban were roundly defeated. Opinion polls showed that their favorability rating was good only among 5 percent of the population.

George W. Bush, who spearheaded the invasion, was never very interested in Afghanistan, though maybe he saw that old Gary Cooper film “The Lives of a Bengal Lancer” on TV, because he once spoke of the “romance” of the fighting in Afghanistan. As long as I live, I’ll never get over W.

He gave a brave speech about nation-building and spending all this money in Afghanistan. The vast majority of the money the US spent on that country in the subsequent 20 years was to pay for the bombs they dropped on it. The money spent on building the place up was tiny in comparison. And much of it was lost to corruption.

By spring of 2002, congressmen visiting Centcom head Tommy Franks were bluntly told that Afghanistan was no longer the mission, and the Bush crime gang had clearly decided to set up Iraq as a fall guy for 9/11 and break the country’s legs.

The US in 2002-2003 had a good outcome in Afghanistan. We should just have left then. I can’t imagine why we didn’t. I think then Secretary of Defense Donald Rumsfeld wanted to surround Russia so it couldn’t reemerge as a peer power. It had nothing to do with Afghanistan.

The US lost Afghanistan in part by trying to occupy it militarily. In 2005 US troops used flamethrowers to burn poppy crops of Afghan farmers, who had nothing else to live on. One in 7 as a result had to sell a daughter. I doubt they have forgiven the US.

If you occupy a country, you have to suppress insurgents. Insurgents come from towns and villages and have friends and relatives there. When insurgents hit a US outpost, the US troops had to go into the nearby village and shake it down, looking for the guerrillas. They’d go into Afghan homes at night, with the women folk rustled from their sleep and standing there bare-faced and in their bed clothes before 18-year-old strangers from Alabama and South Carolina. After a thing like that, the men of the family would have had at least to try to kill some Americans. Search and destroy missions gradually turned people against the US, just as had happened in Vietnam.

One US officer who had served in Afghanistan got upset with me for saying this, insisting that the troops always brought along a local in these home invasions. I suspect some of these “locals” were Hazara Shiites or Tajiks, standing there in Pushtun homes with the Americans. That if anything would have made it worse. Only 2 percent of the Afghanistan National Army stood up by the US was from the southern Pushtun provinces.

The Afghanistan National Army had trouble keeping recruits. There was extremely high turnover as soldiers deserted after a few months. Many of those who remained had poor morale and allegedly smoked a lot of pot. The US was sometimes not very serious about training them. It farmed out rifle practice to a private firm that could not improve their accuracy when firing US rifles. It turns out that you have to use the sight, and the firm wasn’t teaching the troops that.

The central government stood up by the US was corrupt on a galactic scale. Freighter airplanes full of US dollars in hard cash regularly took off for Dubai from Kabul International Airport. The new Afghan elite fleeced the people and bought fancy islands around Dubai with the money, even embezzling from the Da Kabul Bank. In 2008 the island resorts became worthless and Da Kabul Bank collapsed, leaving people in long lines before its branches seeking to recover their life savings. They did not.

The new elite in Kabul was weighted toward Tajiks, many of whom had close ties to India and Indian intelligence (which had supported them in the lean years of Taliban rule). This development was absolutely unacceptable to the black cells of nationalist or Muslim fundamentalist officers in the Pakistani Army and the Inter-Services Intelligence, who took revenge by backing a Taliban resurgence. Pakistan and India have fought 3 wars and a smaller border skirmish, and Pakistan is a much smaller country with fewer allies. Islamabad feels it cannot afford to have a government in Kabul that tilts to New Delhi, lest Pakistan be surrounded.

US officials sent out to Afghanistan knew that it was a Washington Ponzi scheme. Billions were disappearing into the pockets of contractors and warlords. Only the arms manufacturers were happy. The US was massively bombing the country every year, the only reason that it was still able to be there. US officials confessed as much to government watchdogs, and the Washington Post managed to get those interviews and publish them in 2019. Nobody believed in the mission. There was no mission. There was a morass of corruption and incompetence. Many of the regional warlords under the new government were not easier on women or minorities than the Taliban had been, and were fundamentalists of a different stripe.

Joe Biden knew all this. He is the consummate insider. He was the one who decided to blow the whistle on the Ponzi scheme. Of course, when such a scheme is revealed, a lot of institutions collapse and a lot of people get hurt. But actually the institutions were already in collapse, they just didn’t know it, and the people had already lost all their investments, they just hadn’t yet come to that realization.

The Northern Alliance in fall of 2001 defeated the Taliban with US air support, because they had esprit de corps and were fighting for what they believed in. The Afghanistan National Army seems to be unwilling to fight in the same way, presumably because they don’t ultimately want to risk their lives for their government. It is a sad, tragic development, and many urban people and women and minorities will suffer. But once a Ponzi schemer has already stolen all the money, it is not possible to keep up the pretense of normality forever.

Featured image: A U.S. Army Soldier from the A Company, 1-503rd Battalion, 173rd Airborne Brigade Combat Team, conducts a patrol with a platoon of Afghan national army soldiers to check on conditions in the village of Yawez, Wardak province, Afghanistan, Feb. 17, 2010. Partnership between the U.S. Army and the Afghan national army is proving to be a valuable tool in bringing security to the area. (U.S. Army photo by Sgt. Russell GilchrestReleased)

On December 15, 50 miles North-West of the Philippine Subic Bay submarine rescue vessels of the People’s Liberation Army (PLA) Navy with hull number 510 (project type 922-IIIA, under NATO classification “Dalan-IIIA”) intercepted a radio-guided Unmanned Underwater Vehicle (UUV) of the LBS-Glider type, launched from aboard the oceanographic vessel Bowditch (programme “Pathfinder”) of the US… 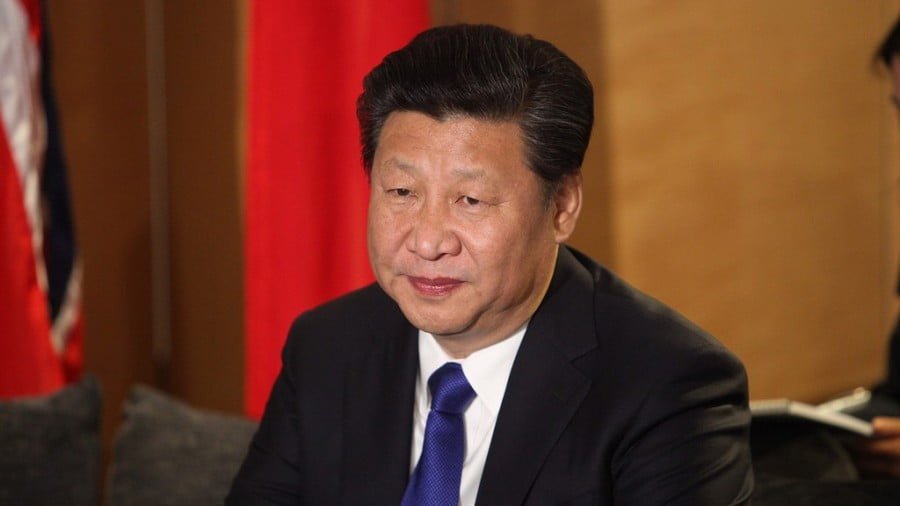