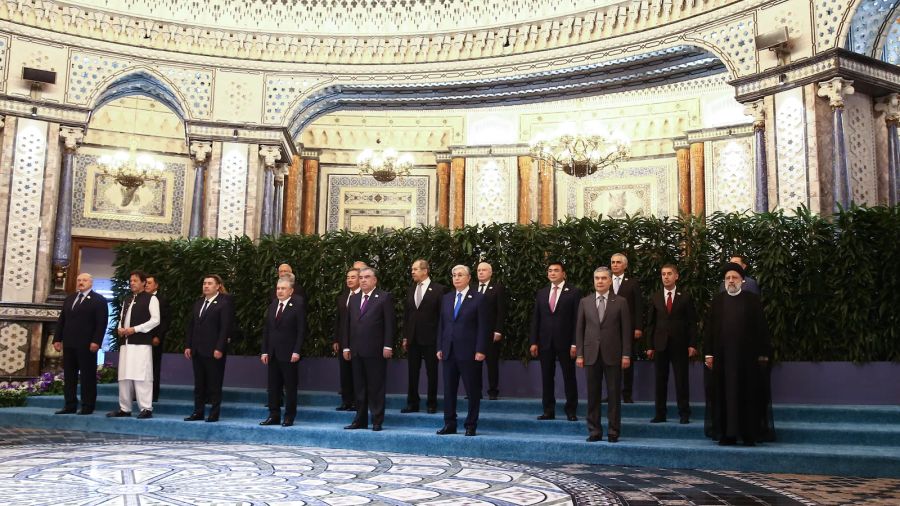 The 20th anniversary summit of the Shanghai Cooperation Organization (SCO) in Dushanbe, Tajikistan, enshrined no less than a new geopolitical paradigm.

Iran, now a full SCO member, was restored to its traditionally prominent Eurasian role, following the recent \$400 billion-worth trade and development deal struck with China. Afghanistan was the main topic – with all players agreeing on the path ahead, as detailed in the Dushanbe Declaration. And all Eurasian integration paths are now converging, in unison, towards the new geopolitical – and geoeconomic – paradigm.

Call it a multipolar development dynamic in synergy with the Belt and Road Initiative (BRI).

The Dushanbe Declaration was quite explicit on what Eurasian players are aiming at: “a more representative, democratic, just and multipolar world order based on universally recognized principles of international law, cultural and civilizational diversity, mutually beneficial and equal cooperation of states under the central coordinating role of the UN.”

This troika – Russia, China, Pakistan – is at the diplomatic forefront. The SCO reached a consensus that Islamabad will be coordinating with the Taliban the formation of a government also including Tajiks, Uzbeks and Hazaras.

The most glaring, immediate consequence of the SCO not only incorporating Iran but also taking the Afghan bull by the horns, fully supported by the Central Asian “stans”, is that the Empire of Chaos has been completely marginalized.

From Southwest Asia to Central Asia, a real reset has as protagonists the SCO, the Eurasia Economic Union (EAEU), BRI and the Russia-China strategic partnership. The missing links so far, for different reasons – Iran and Afghanistan – are now fully incorporated to the chessboard.

In my frequent conversations with Alastair Crooke, one of the world’s foremost political analysts, he evoked once again Lampedusa’s The Leopard: everything must change so everything must remain the same. In this case, imperial hegemony, as interpreted by Washington: “In its growing confrontation with China, a ruthless Washington has demonstrated that what matters to it now is not Europe, but the Indo-Pacific region.” That’s Cold War 2.0 prime terrain.

With very little potential to contain China now that it’s been all but expelled from the Eurasia heartland, the fallback position had to be a classic maritime power play: the “free and open Indo-Pacific”, complete with Quad and AUKUS, the whole set up spun to death as an “effort” attempting to preserve dwindling American supremacy.

The sharp contrast between the SCO continental integration drive and the “we all live in an Aussie submarine” gambit (my excuses to Lennon-McCartney) speaks for itself. A toxic mix of hubris and desperation is in the air, with not even a whiff of pathos to alleviate the downfall.

The Global South is not impressed. Addressing the forum in Dushanbe, President Putin remarked that the portfolio of nations knocking on the SCO’s door was huge, and that was not surprising at all. Egypt, Qatar and Saudi Arabia are now SCO dialogue partners, on the same level with Afghanistan and Turkey. It’s quite feasible they may be joined next year by Lebanon, Syria, Iraq, Serbia and a cast of dozens.

And it doesn’t stop in Eurasia. In his meticulously timed address to CELAC, Xi Jinping no less than invited 33 Latin American

nations to be part of the Eurasia-Africa-Americas New Silk Roads.

Iran as a SCO protagonist and at the center of the New Silk Roads restores it to a rightful historic role. By the middle of the first millennium B.C., Northern Iranians ruled the core of the steppes in Central Eurasia. By that time the Scythians had migrated into the Western steppe, while other steppe Iranians made inroads as far away as China.

Scythians – a Northern (or “East”) Iranian people – were not necessarily just fierce warriors. That’s a crude stereotype. Very few in the West know that the Scythians developed a sophisticated trade system, as described by Herodotus among others, linking Greece, Persia and China.

And why’s that? Because trade was an essential means to support their sociopolitical infrastructure. Herodotus got the picture because he actually visited the city of Olbia and other places in Scythia.

The Scythians were called Saka by the Persians – and that leads us to another fascinating territory: the Sakas may have been one of the prime ancestors of the Pashtun in Afghanistan.

What’s in a name – Scythian? Well, multitudes. The Greek form Scytha meant Northern Iranian “archer”. So that was the denomination of all the Northern Iranian peoples living between Greece in the West and China in the East.

Now imagine a very busy international commerce network developed across the heartland, with the focus on Central Eurasia, by the Scythians, the Sogdians, and even the Xiongnu – who kept battling the Chinese on and off, as detailed by early Greek and Chinese historical sources.

These Central Eurasians traded with all the peoples living on their borders: that meant Europeans, Southwest Asians, South Asians and East Asians. They were the precursors of the multiple Ancient Silk Roads.

The Sogdians followed the Scythians; Sogdiana was an independent Greco-Bactrian state in the 3rd century B.C. – encompassing areas of northern Afghanistan – before it was conquered by nomads from the east that ended up establishing the Kushan empire, which soon expanded south into India.

Zoroaster was born in Sogdiana; Zoroastrianism was huge in Central Asia for centuries. The Kushans for their part adopted Buddhism: and that’s how Buddhism eventually arrived in China.

By the fist century A.D. all these Central Asian empires were linked – via long-distance trade – to Iran, India and China. That was the historical basis of the multiple, Ancient Silk Roads – which linked China to the West for several centuries until the Age of Discovery configured the fateful Western maritime trade dominance.

Arguably, even more than a series of interlinked historical phenomena, the denomination “Silk Road” works best as a metaphor of cross-cultural connectivity. That’s what is at the heart of the Chinese concept of New Silk Roads. And average people across the heartland feel it, because that’s imprinted in the collective unconscious in Iran, China and all Central Asian “stans”.

The Revenge of the Heartland

Glenn Diesen, Professor at the University of South-Eastern Norway and an editor at the Russia in Global Affairs journal, is among the very few top scholars who are analyzing the process of Eurasia integration in depth.

His latest book practically spells out the whole story in its title: Europe as the Western Peninsula of Greater Eurasia: Geoeconomic Regions in a Multipolar World.

Diesen shows, in detail, how a “Greater Eurasia region, that integrates Asia and Europe, is currently being negotiated and organized with a Chinese-Russian partnership at the center. Eurasian geoeconomic instruments of power are gradually forming the foundation of a super-region with new strategic industries, transportation corridors and financial instruments. Across the Eurasian continent, states as different as South Korea, India, Kazakhstan and Iran are all advancing various formats for Eurasia integration.”

The Greater Eurasia Partnership has been at the center of Russian foreign policy at least since the St. Petersburg forum in 2016. Diesen duly notes that, “while Beijing and Moscow share the ambition to construct a larger Eurasian region, their formats differ. The common denominator of both formats is the necessity of a Sino-Russian partnership to integrate Eurasia.” That’s what was made very clear at the SCO summit.

It’s no wonder the process irks the Empire immensely, because Greater Eurasia, led by Russia-China, is a mortal attack against the geoeconomic architecture of Atlanticism. And that leads us to the nest of vipers debate around the EU concept of “strategic autonomy” from the US; that would be essential to establish true European sovereignty – and eventually, closer integration within Eurasia.

Throughout the book Diesen shows, in detail, how the concept of Eurasia unifying Europe and Asia “has through history been an alternative to the dominance of maritime powers in the oceanic-centric world economy”, and how “British and American strategies have been deeply influenced” by the ghost of an emerging Eurasia, “a direct threat to their advantageous position in the oceanic world order”.

Now, the crucial factor seems to be the fragmentation of Atlanticism. Diesen identifies three levels: the de facto decoupling of Europe and the US propelled by Chinese ascendancy; the mind-boggling internal divisions in the EU, enhanced by the parallel universe inhabited by Brussels eurocrats; and last but not least, “polarization within Western states” caused by the excesses of neoliberalism.

Well, just as we think we’re out, Mackinder and Spykman pull us back in. It’s always the same story: the Anglo-American obsession in preventing the rise of a “peer competitor” (Brzezinski) in Eurasia, or an alliance (Russia-Germany in the Mackinder era, now the Russia-China strategic partnership) capable, as Diesen puts it, “of wrestling geoeconomic control away from the oceanic powers.”

As much as imperial strategists remain hostages of Spykman – who ruled that the US must control the maritime periphery of Eurasia – definitely it’s not AUKUS/Quad that is going to pull it off.

Very few people, East and West, may remember that Washington had developed its own Silk Road concept during the Bill Clinton years – later co-opted by Dick Cheney with a Pipelineistan twist, and then circling all back to Hillary Clinton, announcing her own Silk Road dream in India in 2011.

Diesen reminds us how Hillary sounded remarkably like a proto-Xi: “Let’s work together to create a new Silk Road. Not a single thoroughfare like its namesake, but an international web and network of economic and transit connections. That means building more rail lines, highways, energy infrastructure, like the proposed pipeline to run from Turkmenistan, through Afghanistan, through Pakistan and India.”

Hillary does Pipelineistan! Well, in the end she didn’t. Reality dictates that Russia is connecting its European and Pacific regions, while China connects its developed east coast with Xinjiang, and both connect Central Asia. Diesen interprets it as Russia “completing its historical conversion from a European/Slavic empire to a Eurasian civilizational state.”

So in the end we’re back to…the Scythians. The prevailing neo-Eurasia concept revives the mobility of nomadic civilizations – via top transportation infrastructure – to connect everything between Europe and Asia. We could call it the Revenge of the Heartland: they are the powers building this new, interconnected Eurasia. Say goodbye to the ephemeral, post-Cold War US unipolar moment. 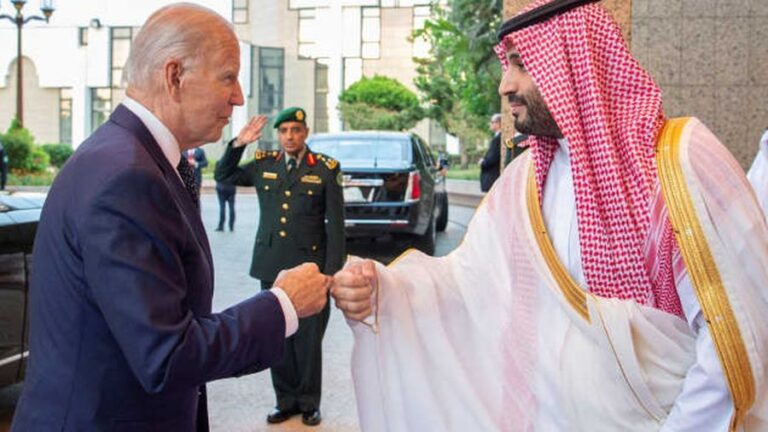 Washington has backtracked from the dissimulation by the US National Security Advisor Jake Sullivan that  Washington had intelligence suggesting Iran was preparing to provide Russia with “several hundred” drones to use in Ukraine, with training sessions set to begin in July.  On July 26, NSC spokesman John Kirby, clarified his boss’ remark by admitting to Al Arabiya,… 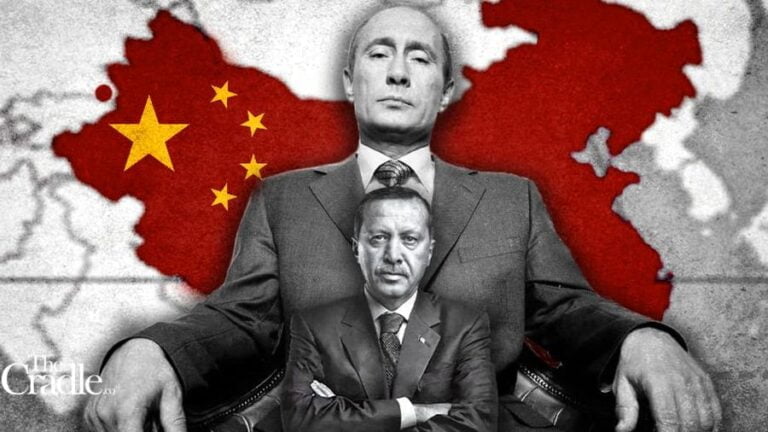 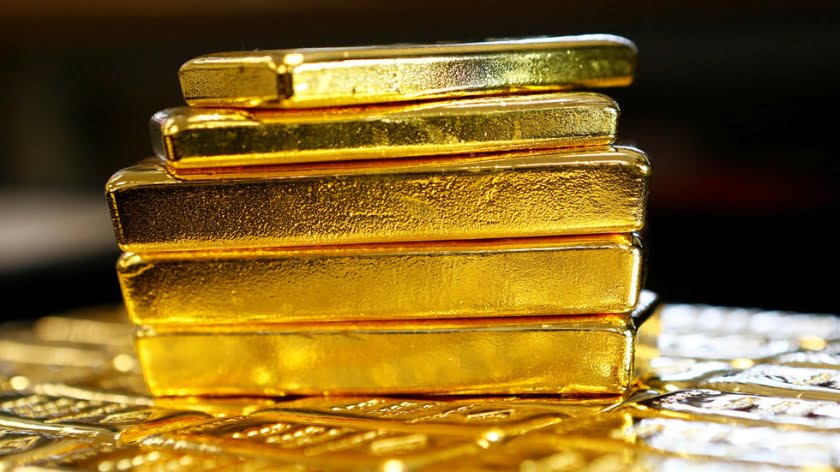 Governments around the world have recently been on a “gold-buying spree.” These countries have a tactful reason for doing so, and this reason is directly tied to the anticipation of the inevitable end of US hegemony. Central banks are among the largest purchasers of gold. So far in 2019, they have bought 145.5 tons of… 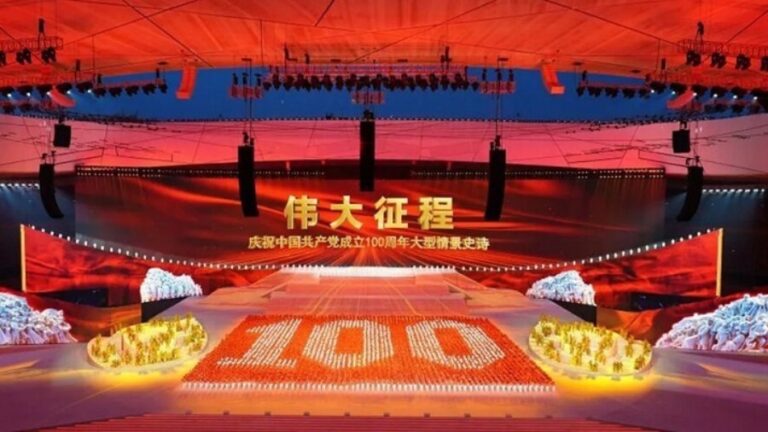 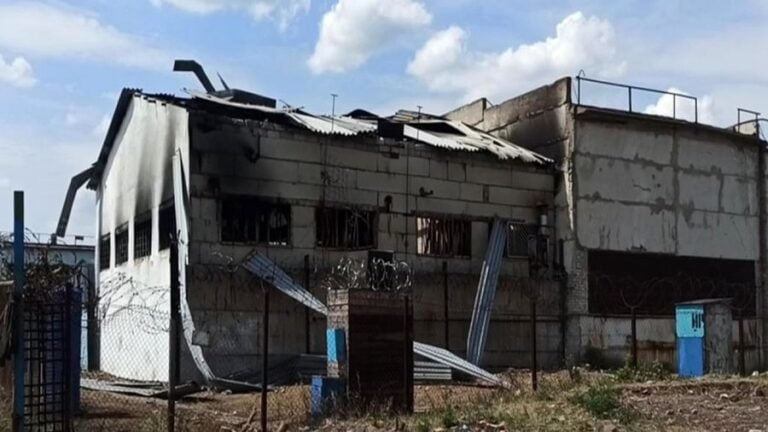 It certainly seems to be the case that Kiev panicked that its imprisoned soldiers would soon spill the beans about the wide range of war crimes they’ve been accused of committing and therefore decided to kill them with HIMARS before they could talk. Friday morning’s shelling of a detention center in Donbass killed at least… 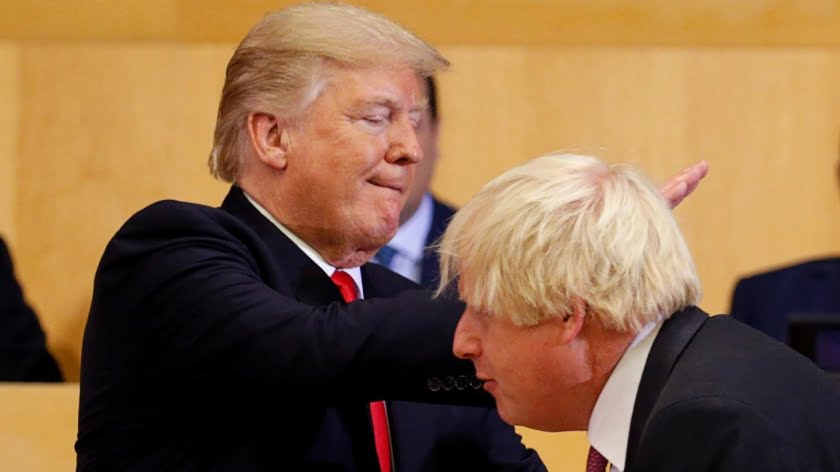