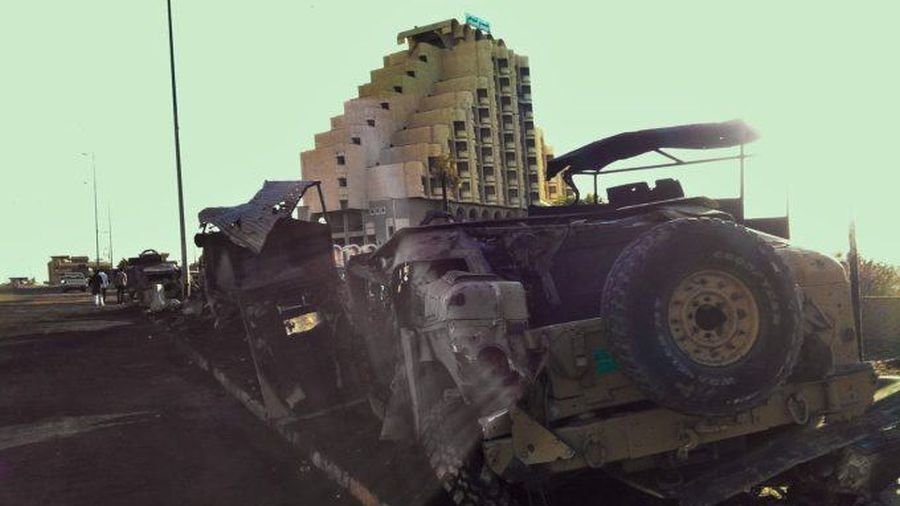 The search for hidden ISIS treasure buried in the ruins of Mosul, the city recaptured from the terror group after a devastating nine-month siege in 2017, is the latest obstacle delaying its reconstruction. Local people accuse the authorities of preventing them rebuilding their houses because officials suspect them of searching for cash or other valuables concealed by ISIS.

“A month ago, workers removing rubble from the ruins near my house found black plastic bags full of bank notes,” said Khalid, a 32-year-old resident of west Mosul, where the destruction is at its worst. “That is why reconstruction stopped temporarily.” The two workers who found the cash told him that the bags were splashed with mud and scorched by fire, but that the bank notes inside were undamaged.

Khalid says that six months earlier $1.6m (£1.2m), along with gold and silver coins and ingots, were found by building workers excavating a bombed-out house. “Money and gold coins were found hidden in barrels and plastic bags buried three metres underground,” he said.

ISIS extracted large funds in taxes and loot from the population under its rule in western Iraq and northern Syria, during the three years Mosul was its de facto capital. ISIS commanders trapped in the city during the final stages of the siege are believed to have buried cash, along with gold and silver, to save it from the bombardment, or from discovery by the Iraqi army. Some of those who knew the secret of where it was hidden were most likely killed as the last ISIS strongholds were pounded by air strikes and artillery fire, before being over-run by government forces.

Whatever the origins of the treasure troves, the finding of the caches was enough to choke off the issuing of rebuilding permits by the authorities, with private housing applications now being meticulously examined and many rejected.

Fear that former ISIS supporters in Mosul might be unearthing concealed valuables is a symptom of the deep suspicion dividing the Sunni Arab population of Mosul and the Shia-dominated government in Baghdad. Trust between the two is non-existent and its absence may be enough to prevent the rebuilding of Mosul, once one of the great cities of the Middle East, whose medieval mosques and markets were among the jewels of Islamic architecture. Its destruction, which reached a climax in the final months of the siege of 2016/17, was the equivalent in terms of cultural loss to the bombing of Dresden by allied air forces in 1945.

For more than 1,000 years Mosul had been a great trading hub and a cosmopolitan centre inhabited by Arabs, Kurds, Christians, Yazidis, Turkomans, as well as other ethnicities and sects. But ISIS terror ended this diversity and its poisonous legacy still fuels rage that undermines the physical, social and political restoration of the city as it once was.

Suspicion over ISIS treasure is but one symptom of divisions exploited and deepened during the murderous rule of ISIS. Other signs of it include a furious row over the rebuilding of the Great Mosque of al-Nouri and its tilted brick minaret, known as al-Hadba or “the hunchback’” which together have been the iconic symbols of Mosul since the 12th century. It was in the Nouri mosque that the ISIS leader Abu Bakr al-Baghdadi declared himself caliph in 2014, after his fighters had astonished the world by capturing the city, the second largest in Iraq, from much superior forces. When ISIS was on the verge of losing the mosque complex to advancing Iraqi government forces three years later, it blew it up with explosives.

The project to rebuild the great mosque and its minaret, which appears on the 10,000-dinar Iraqi banknote, might have been a symbol of post-ISIS unity for Mosul and Iraq. Instead, its reconstruction has become a fresh source of dispute as anger erupted this summer over the plans for the new mosque complex. A $50,000 Unesco competition for its design was won by a team of Egyptian architects with the United Arab Emirates paying the $50m (£37.5m) bill for the reconstruction contract.

But Iraqi architects were horrified to discover that, far from seeking to restore Mosul’s architectural heritage, the new design envisaged a replacement similar to mosques in the UAE and other Gulf monarchies. Aside from the un-traditional non-Iraqi design, the Unesco plan appeared to emulate the social distinctions of the Gulf by providing dignitaries with a special VIP section in the prayer hall.

In Mosul the dispute over the new mosque and minaret has provoked weary cynicism as well as fury. They believe that the slow pace of the rebuilding of their city’s landmarks, as well as public buildings like the six ruined hospitals, is explained by pervasive corruption among government officials and private contractors.

“People in Mosul look at the Hadba minaret as a symbol of their heritage, culture and history,” says one local observer. “They are upset that companies and corrupt government officials use it as a business opportunity. They don’t care about the work quality and the result may be shocking with a distorted minaret radically different from the original one.”

Given such ill-will, can Mosul ever be reconstructed? Its Sunni Arab population are only one of Iraq’s three great communities and the other two, the Shia and the Kurds, often regard people who stayed in Mosul during the so-called caliphate as collaborators with ISIS. They do not want to do them any favours. On the other hand, government corruption and incompetence are the norm everywhere in Iraq and people in Mosul exaggerate the degree to which they have been singled out for neglect.

Moreover, part of Mosul has been rebuilt, mostly by householders and private businesses, in the half of the city to the east of the Tigris River where the fighting was less prolonged and destructive than in the west, where ISIS made its last stand.

“Life in the east is much better than in the west and in the Old City,” says one resident. “Electricity is a bit better, about five hours a day. Schools and the university have been rebuilt and are open along with new shops, cafes and even beauty salons.” Many people from the historic heart of Mosul and the Old City have now moved east or are living in the outskirts.

But the most important and vibrant features of life in Mosul have gone – and may never return. Even in the recent pre-ISIS past, the city was inhabited by a medley of peoples and one could see Kurds in their traditional baggy pants, Christians visiting their ancient churches, Sunni in their iconic mosques as well as Yazidis, Turkomans and Shia.

There was often friction between communities but they managed to co-exist. ISIS ended all that: Christians and Shia fled, Yazidis were murdered and raped, many Turkomans joined ISIS. Kurds were once a substantial part of the population, but Ahmad, a Kurd who has moved permanently to the Kurdish capital Irbil, said that “there are no Kurds in Mosul now. Out of my neighbourhood that contained 200 families (about 1,000 people), there are now three families, most of the others going in 2014.”

He added that the surviving Yazidis had also gone and were joining Shia militias “to take revenge on Sunni people who supported Daesh (ISIS).” Such communal hatreds are unlikely to abate, but until they do, Mosul will never be truly restored. 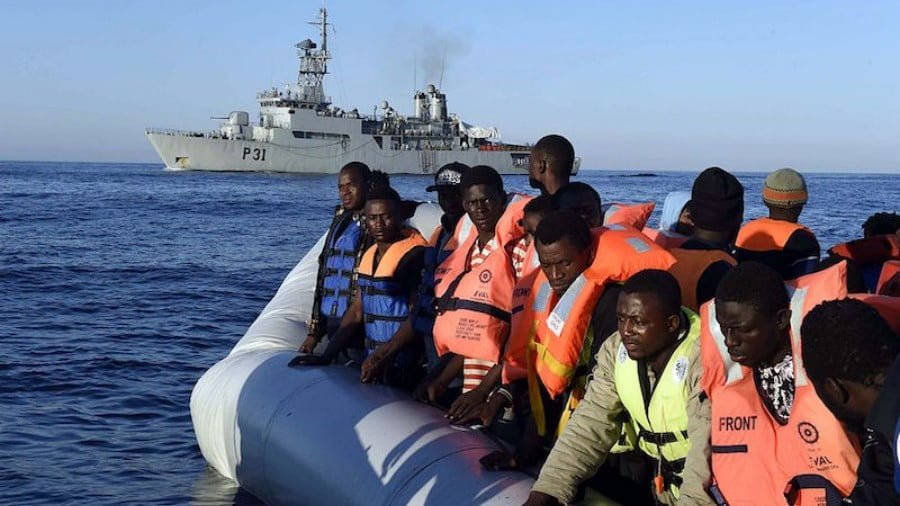 A prominent UN official warned earlier this week that the next Migrant Crisis to crash into Europe might come from Africa and not the Mideast, and that its second iteration might be much more devastating than the first due to the sheer size of possible populations involved. The Executive Director of the UN World Food… 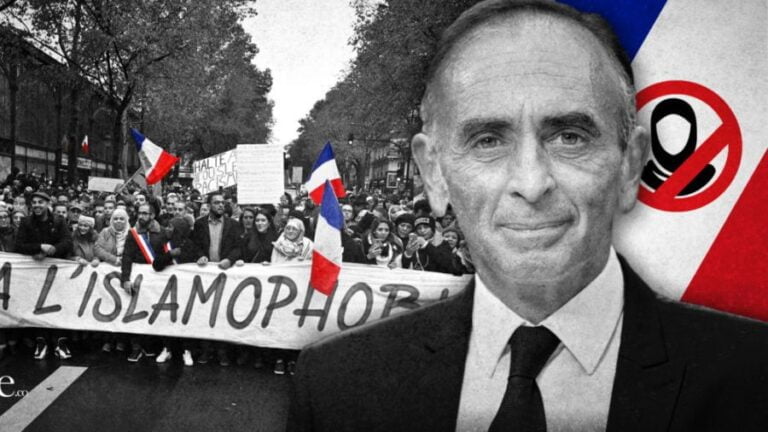 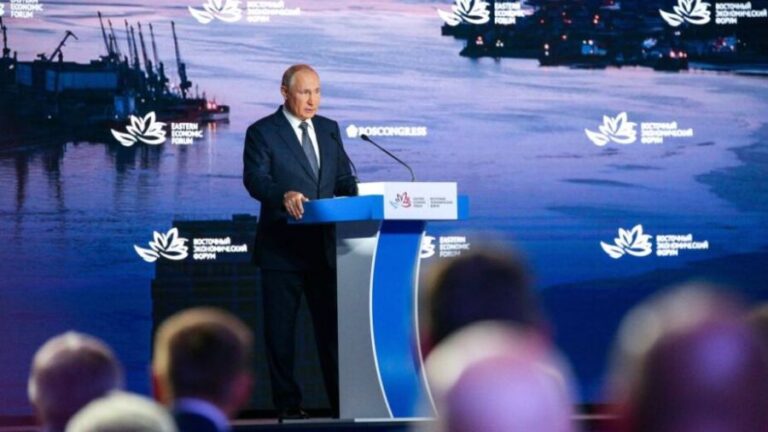 One can only hope that wiser forces among the nations of the west (and those among the global south trying to foolishly operate within two opposing worlds) will recognize which future is worth living in, Matt Ehret writes. The battle lines for the future of humanity were made explicitly clear during this week’s Eastern Economic… 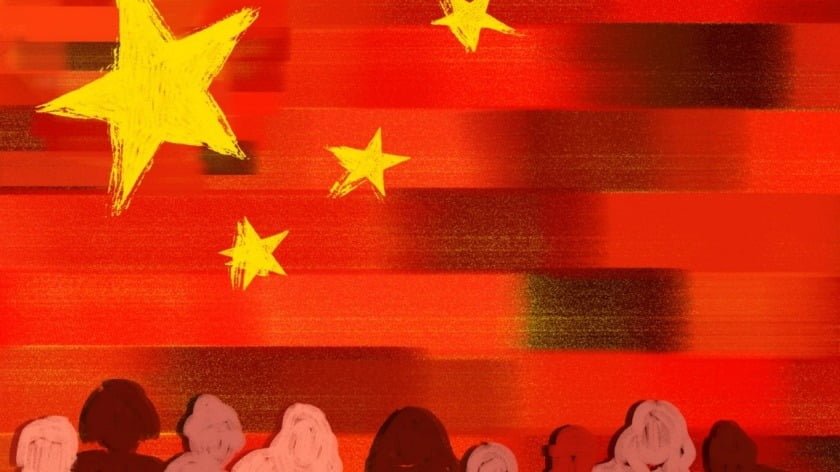