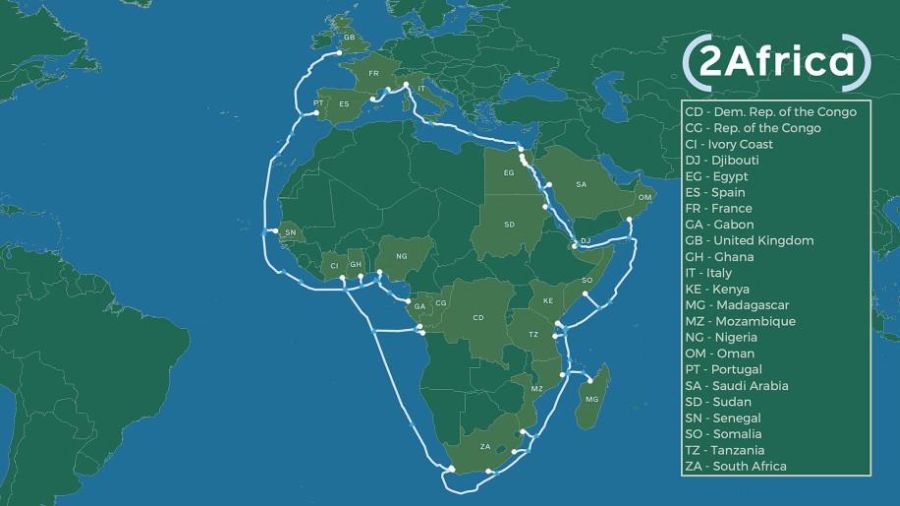 Since 2020, the number of military interventions in African politics has accelerated.

However, what is often overlooked is the role of western governments and their military institutions in the deliberate undermining of national and regional stability.

The North African state of Libya is a prime example of the devastating impact of the Pentagon, the Central Intelligence Agency (CIA), the State Department and the North Atlantic Treaty Organization (NATO) under the direction of Washington when a decade ago the oil-rich state was destroyed. This imperialist project was the first full operation of the United States Africa Command (AFRICOM) founded three years earlier in 2008.

Today Libya remains mired in chaos failing on at least three occasions to establish a United Nations brokered functional government of national unity and to stem the persistent internecine warfare in the country. On December 24 elections were scheduled to take place. Nevertheless, the elections could not occur as a result of the incapacity of the elites to establish a coherent political system based on the interests of the majority of people within the society.

Under the Jamahiriya political dispensation headed by the late Col. Muammar Gaddafi, Libya had become the most prosperous state within the African Union (AU). The state was a bulwark of support for national liberation movements and social justice causes across Africa and the world.

Over the course of the last decade, Libya has become a source of conflict and instability throughout North and West Africa. Human trafficking has endangered lives of nationals and millions of migrants funneled through the country enroute to the Mediterranean and the European continent.

When looking at the current security situation in Mali, the origins of the present crisis beginning in 2012, can be traced to the Pentagon-NATO mission in Libya. The rebel groups which were recruited, paid, armed, coordinated and promoted by the imperialists had no consistent ideological orientation that could lead to the creation of a modern political state.

The rebel insurgencies in Mali, Burkina Faso, Niger, Nigeria, Cameroon, Chad and other states in the West Africa region follow a similar pattern. The focus of these armed groupings has been to create insecurity and destroy whatever development which exists.

Mali opposition parties and mass organizations were dissatisfied with the role of the former President Ibrahim Boubacar Keita for several months in the aftermath of a disputed parliamentary election. The AU immediately attempted to intervene after the coup to encourage the restoration of civilian rule. An interim administration was established with the aims of transitioning to multi-party elections in the near future.

Problems involving the interim arrangements resulted in yet another coup in ten months. Col. Assimi Goita, the leader of both the 2020 and 2021 coups was trained in Pentagon war colleges in the U.S. The U.S. has groomed military figures such as Goita along with Col. Mamady Doumbouya, providing an explanation as to possibly why the AU has not been able to dislodge either of these men from state power.

Col. Doumbouya, as has Col. Goita, openly defied the Economic Community of West African States (ECOWAS), which had imposed sanctions in conjunction with the AU. Both military leaders are able to hold on to power while allowing transnational corporations to continue their exploitation of African land and resources.

The Federal Republic of Nigeria, the most populous state on the African continent, has proven incapable of resolving the Boko Haram insurgency in the north of the country since 2009. Current President Muhammadu Buhari, a career military official, ran for office in 2015 saying under his leadership Boko Haram would be defeated in six months.

Not only has Boko Haram continued to terrorize the people of the northeast it has spread to other contiguous states in the region such Chad, Cameroon and Niger. The group under the guise of radical Islam, has engaged in kidnappings, extortion, murder and sexual assault of children. The inability of the federal government to end the insurgency has created an atmosphere of greater insecurity in other regions including the northwest, central and south.

During 2021, Buhari was quoted as requesting the relocation of AFRICOM headquarters from Stuttgart, Germany to Nigeria. Such statements illustrate the lack of a strategic outlook among the current leadership of Nigeria with its more than 200 million people. What people should tell Buhari and other African leaders who believe that a greater Pentagon presence will translate into higher levels of national security, is that quite the opposite is true.

Since the advent of AFRICOM the security situation within the AU region has worsened. Until Africa can initiate its own independent military system to maintain security in the face of constant imperialist destabilization and exploitation, the overall development of the continent will remain stifled.

Horn of Africa and the Strategic Interests of Imperialism

The conflicts in Ethiopia, Sudan and Somalia are all related to a similar effort to determine the economic future of these important states. Ethiopia is considered by many contemporary historians as the cradle of human civilization. Sudan has a history that is just as ancient and pivotal as Ethiopia. Somalia as well, with its location on the Indian Ocean and in close proximity to the Gulf of Aden and the Arabian Peninsula, is coveted by Washington and Wall Street.

All of these states have natural resources which are important within the world economic system dominated by capitalism and imperialism. Sudan has enormous petroleum and other energy deposits along with Somalia. The Grand Ethiopian Renaissance Dam Project (GERD) provides the potential for a major enhancement of hydro-electric capacity in the East and North African regions.

U.S. machinations in Ethiopia have drawn the attention of many Africans within the continent and internationally. In many cities in the U.S. and around the world the #NoMore movement has gained recognition. Within the Ethiopian media there are numerous references daily to the need for unity against the hegemonic efforts of Washington. The rebel Tigray People’s Liberation Front (TPLF) is being groomed by Washington once again to take over the government in Addis Ababa. The sanctions imposed by President Joe Biden are a continuation of the misguided foreign policy by the U.S. against Africa and its people. With the defeat of the latest rebel advances in Ethiopia, the administration of Prime Minister Abiy Ahmed has won respect among African people and genuine anti-imperialists around the globe.

A beleaguered Transitional Military Council (TMC) leadership in the Republic of Sudan are approaching the point of being further exposed for its inextricable links to imperialism. The democratic movement in Sudan is central to the overall crisis in the Horn of Africa. Egypt, which is the second largest recipient of aid from Washington, next to the State of Israel, is working feverishly to undermine the transformational process in Sudan and Ethiopia. Following its lead from Washington, Cairo has politicized the negotiations with the Abiy government over the filling of the GERD project. Sudan is being swayed due to the political orientation and economic vulnerability of the military junta.

Egypt wants to secure a permanent role for the western-backed military interests in Sudan. President Abdel Fattah el-Sisi was a military official who retired from the army to run for head-of-state after overthrowing a civilian administration in 2013. The U.S. cannot afford a politically independent government in Egypt, which is a gateway to the rest of Africa, West Asia and Southern Europe.

Pan-Africanism Becomes Critical to the Discussions Around Security

Pan-Africanism is being demonstrated to a new generation of Africans. The only solution to the security crisis in Africa is unification.

The masses in Sudan and Ethiopia have pointed towards a new direction in political organizing and resistance to imperialism. Biden’s foreign policy in the Horn of Africa has incentivized the unity among Ethiopians, Eritreans and other peoples from around the continent. Any talks related to achieving stability in the Horn of Africa, West Africa and other regions must consider the destabilizing effect of imperialist militarism. Through the purported military training of the armed forces, to the supply of weapons and techniques of warfare, the U.S., France, Britain, the European Union (EU) and NATO have deeply penetrated the structures of the post-colonial African state.

During the coup in Conakry in May 2021, the presence of AFRICOM troops were strongly in evidence. These military leaders could not act with this degree of impunity absent of the full backing of transnational corporations, international finance capital and their security apparatuses. Stability and security will only be realized once the resources, land and labor of African people are retaken and used for the benefit of the majority. 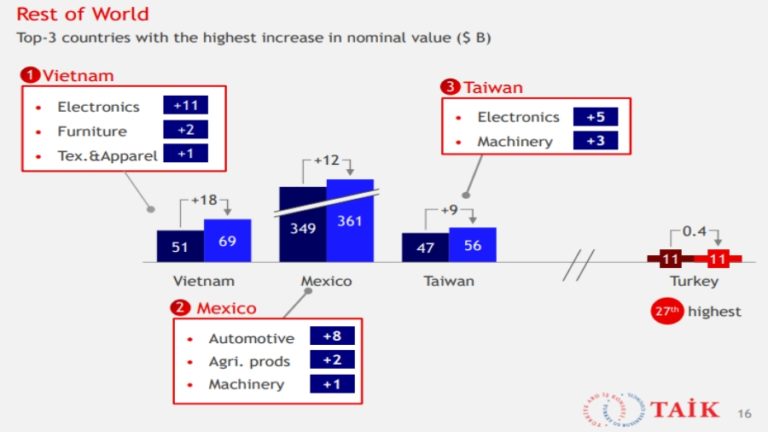 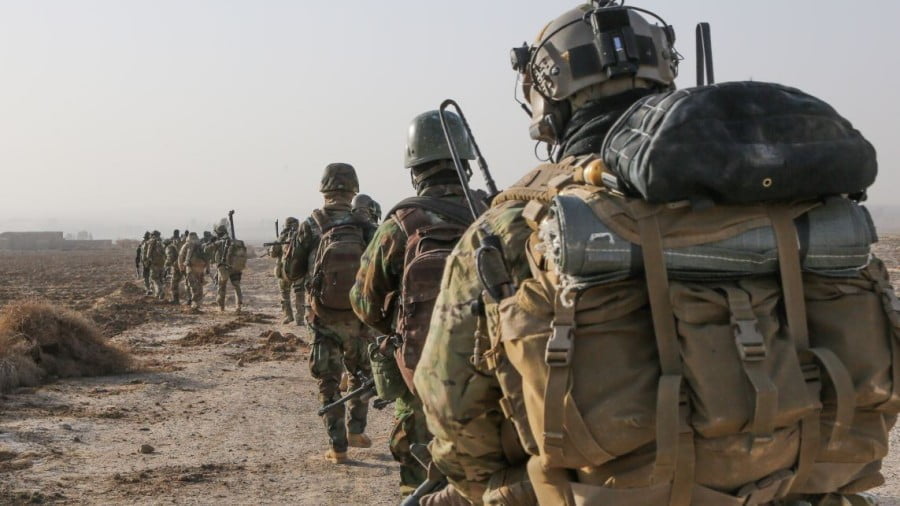 Tehran has begun highlighting in loud decibel its hitherto-low key voice of disquiet that the United States is transferring the Islamic State* fighters from Syria and Iraq, where they have been defeated, to Afghanistan. On January 30, Iran’s Supreme Leader Ali Khamenei said: “The US goal of transferring the ISIL terrorists to Afghanistan is aimed… 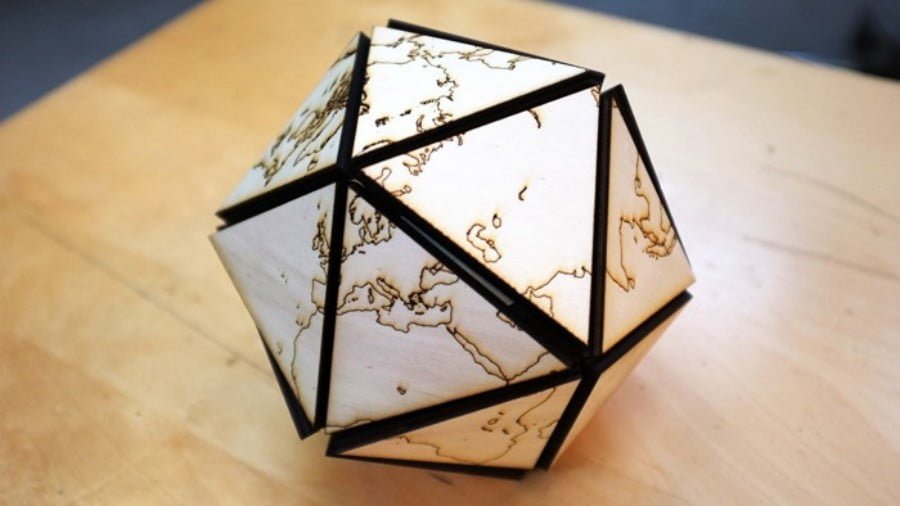 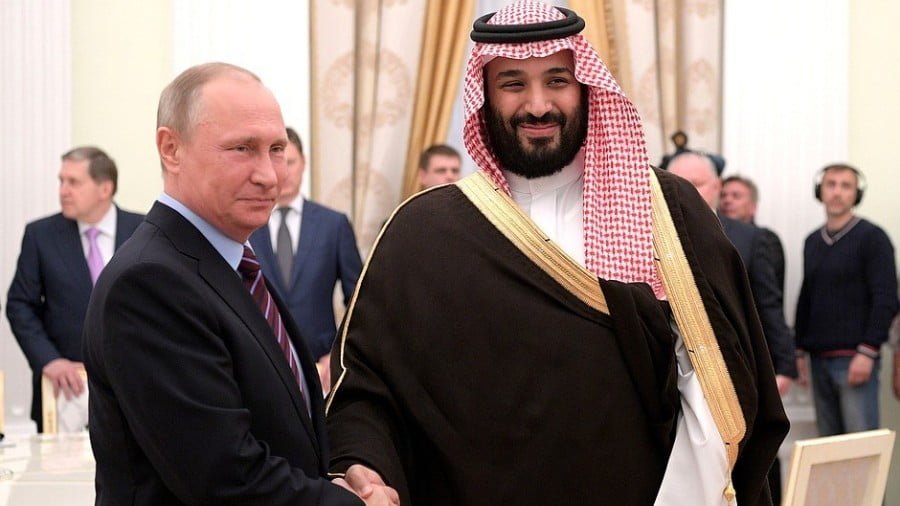 Russian strategists must be rubbing their hands with glee as they watch the West sacrifice its strategic and highly profitable relationship with Saudi Arabia all because of Jamal Khashoggi, knowing full well that their country is more than capable of replacing its rivals in every single sphere of cooperation that they pull out of with…