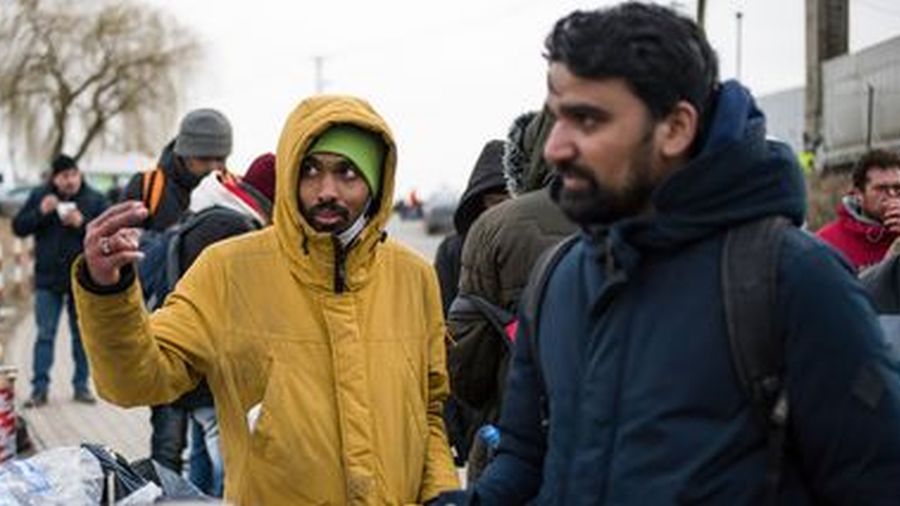 Russia’s invasion of Ukraine has created an unprecedented humanitarian and refugee crisis in Europe, not seen since World War II, classified by the UNHCR as a level 3 emergency – the highest level available. Over 4 million refugees – mostly women, children, and students – have fled Ukraine over the past month. In response, Europe has opened its arms to Ukrainian refugees and the EU has announced that all Ukrainians are eligible for temporary refugee protection for up to three years, with politicians and the public showing their support. This is how the international refugee protection regime should work.

According to official Ukrainian government statistics, Ukraine had over 76,000 foreign students in 2020. About 20,000 of these were Indians and over 15,000 originated from Africa, mainly from Nigeria, Morocco, and Egypt. In contrast, they have had a very different experience fleeing Ukraine. African and Asian students have described horrid stories of them being beaten with sticks by Ukrainian security, pushed off buses and trains, and neglected in favour of Ukrainians. And recent disturbing reports suggest that they are also being unfairly detained at EU borders – being denied access to protection, basic human rights, and dignity, as well as being threatened with deportation. This xenophobic separation between white and non-white refugees is alarming. It has been referred to as selective-restricted access to EU refugee protection based on the politicisation of the right to asylum resulting in a de facto abolishment of the right to seek protection.

The racism and double standards inherent in Europe’s response to refugee crises are obvious and glaring. Kiril Petkov, Prime Minister of Bulgaria, couldn’t have been more transparent about the double standard. ‘These are not the refugees we are used to. … These people are Europeans. … These people are intelligent; they are educated people. … This is not the refugee wave we have been used to, people we were not sure about their identity, people with unclear pasts, who could have been even terrorists’.

Refugees are vulnerable. Colour, race, or nationality should not matter at all. Such blatant racism is not only unacceptable, but further threatens the health and lives of refugees. Fleeing the violence of war, refugees struggle to access clean water, food, shelter, and quality health care. Racial trauma only causes them more physical and mental harm. This vulnerability is worsened for students fleeing war, who are often very young, far away from their families and support networks, and may not have enough financial resources. One of the reasons why Ukraine hosts so many students from the Global South is due to the affordability of its universities.

What does the future for the African and Asian students who were at Ukrainian universities look like?

Many African and Asian students in Ukraine have ended up leading their own rescue efforts: assisting with transportation to borders, navigating others to bunkers, and offering different types of support. Volunteers suggested this was ’because there was a gap in the access Black and Brown people were getting.’ Some African and Asian countries took steps to ensure their nationals could enter EU member states and organised transport home but many thousands had to deal with the situation themselves. While data on the number of African and Asian students still stuck in Ukraine is scarce, reports about students requesting for evacuation and green corridors continue to emerge. Clearly, there are foreign students who have been unable to make it out so far, and some may have lost their lives too.

What does the future for the African and Asian students who were at Ukrainian universities look like? First, for those who wish to stay in Europe or cannot be repatriated back to their home countries, what comes next as they seek to rebuild their lives, study further and apply for asylum themselves? And second, for those who have indeed returned home, how can they reintegrate into their societies and perhaps more importantly, restart their education and/or switch to professional careers?

For those who wish to stay in Europe, the EU’s temporary protection directive will not uniformly apply to students who did not have permanent residency in Ukraine before the war, and instead they must apply for asylum at a national level if they seek protection. It is yet unclear if member states will grant asylum this way. And if past refugee waves have told us anything, it is that Africans and Asians are at a significant disadvantage.

For the large number of those who have returned home, the question about their educational and professional future now arises.

In response to widespread criticism, another route is emerging in which students could possibly transfer their studies to another European country. So far, France has suggested that some Africans studying in Ukraine may continue their studies at French universities. This project, driven by the Presidential Council for Africa (CPA), would allow Africans fluent in French find a university offering the same curriculum to enrol in France. Hungary has also announced that some Ghanian students will be allowed to finish their studies at its universities but it is still unclear which students are eligible. While one hopes that other EU members follow suit, the racist response of countries like Estonia, which is making special exemptions for Ukrainian students to enter universities in the middle of the year, but not foreign students who were in Ukraine, is a reality check. It would thus be prudent for student refugees to ally with European student organisations and lobby for politicians to do more.

For the large number of those who have returned home, the question about their educational and professional future now arises. For many, the main concern is how to finish their education – especially for those close to completion.

In Nigeria, the fear is that students who have returned to the country will be unable to acquire the requisite visas and financial means to study elsewhere in Europe. Others have expressed doubts about the quality of education in Nigeria and hope to return to Ukraine or migrate elsewhere, despite private Nigerian universities waking up to the opportunity that these returning students may present.

In India, most students who have returned from Ukraine are studying medicine. While the Indian Medical Association has recommended they be allowed to join programmes in India to finish up, doubts remain over whether this is feasible for all of them given the intense domestic competition and limited seats available for medical studies. Other issues, including lateral transfers of credits and the need for rehabilitation have also been raised, with no clear path forward emerging – as yet.

The situation is marginally better in South Africa, following consultations between students and university representatives. Despite the difficulties this might pose, some universities have begun drawing up proposals to integrate fifth- and sixth-year medical students. On the other hand, Cameroonian authorities have been largely silent on the futures of returning Cameroonian students, whilst calling for peace and dialogue between Russia and Ukraine.

Europe can and must do more

Clearly, there are more questions than answers at this stage. And while Europe’s current focus is on the humanitarian situation on its borders with Ukraine, this focus will inevitably shift to matters of integration. Hopefully, innocent foreign students are not bogged down in EU member states’ notoriously slow decision-making processes and policy-makers and universities can rise to the occasion instead.

While France and Hungary’s approach is a start, there is still the need for a concerted effort to ensure that these students are able to continue their studies without losing years of effort, learning and tuition fees. These students, many of whom will probably seek asylum in the coming months, need to be provided not only with international protection, but also academic opportunities. Thus, EU member states should recognise the vulnerability of student refugees and embrace and offer them the opportunity to transfer to European universities, in circumstances devoid of the rigid and racially motivated rules which prioritise some refugees as more deserving than others.

The current degrading and inhumane detention practices of African and Asian student refugees at European borders need immediate rectification. European leaders must live up to their commitments on international protection guaranteeing them to all, irrespective of race, colour, nationality, or ethnic origin by offering humanitarian assistance to these student refugees.

Similarly, African and Asian governments must begin much-needed discussions with local universities, professional bodies, and student associations to ensure that those who have returned home are equally able to continue their studies – and rebuild their academic and professional lives. 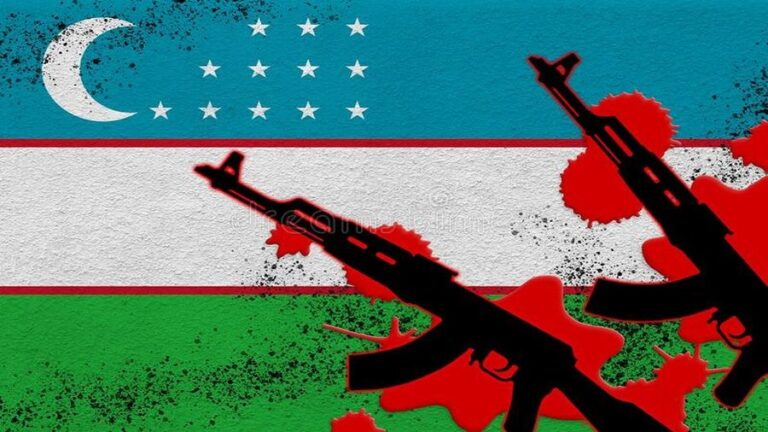 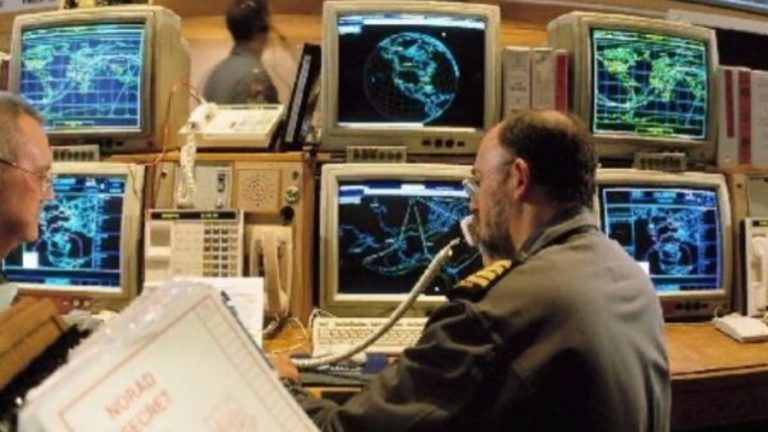 The future battleground which Canada is being prepared to set up is to be found in the Arctic, Matthew Ehret writes. As relations between the USA and Russia continue to fall ever deeper into the abyss, and as China’s Belt and Road Initiative continues to evolve deep into the Eurasian Arctic via the Polar Silk…

As the diplomatic squabble between Turkey and the Netherlands continues to fester, concerns are raised about whether — and to what extent — the tensions will harm bilateral relations, particularly in economics where the two countries have robust trade and investment connections. For Turkey, the Netherlands offers a large and expanding export market. Trade between… 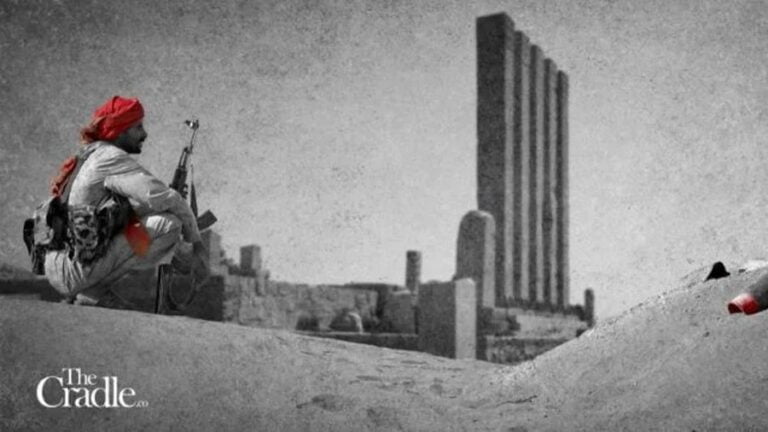 Marib, the ancient capital of Sheba, referred to in both the Bible and the Holy Quran as a wealthy and wise kingdom, once ruled across the entire southern Arabian peninsula. Today, Marib has risen again, this time as the final stronghold of Yemen’s latest invaders, now in panicked retreat after a six-year battle that has…