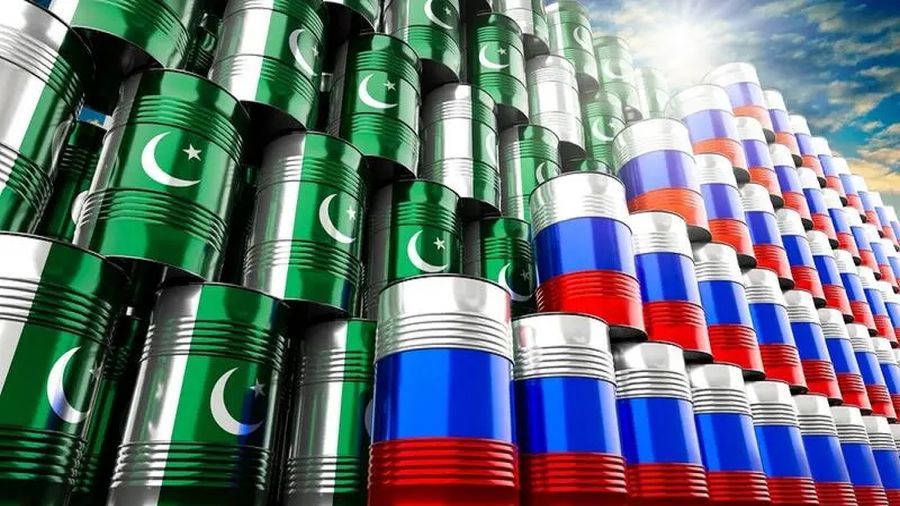 Taken together, the conflicting statements from the new Pakistani officials about oil deals with Russia and the narrative pushed by some of those influencers who support them lead to the undeniable conclusion that Islamabad hasn’t gotten its story straight about this issue. From an outsider’s perspective, these two developments very strongly suggest that the new government did indeed attempt to change their predecessor’s foreign policy with respect to Russia despite claiming that they never had any such intentions.

Pakistani Finance Minister Miftah Ismail said during an interview with CNN that his country is open to buying discounted Russian oil if it’s offered and there’s no threat of US sanctions afterwards. This comes shortly after the Foreign Office didn’t rule out such imports. The background context to all of this is extremely curious since there are conflicting claims on this issue not only between former Prime Minister Imran Khan and his successors, but also within the new government itself. The ousted premier insists that he was removed as part of a US-orchestrated regime change designed to punish him for his independent foreign policy, particularly its Russian dimension after he revealed that he struck deals for the discounted import of food and fuel after his trip to Moscow in late February.

America and the new government denied any conspiracy behind the no-confidence motion that ended his term in office, with the incumbent Energy Minister also adding that he hadn’t discovered any evidence proving that any such deal with Russia was ever agreed to. This came in spite of the former Energy Minister sharing a document on Twitter that he presented as proof that such talks were actively ongoing up until Imran Khan’s removal. The former premier has since accused his successors of abandoning the talks that he pioneered, which he said could have prevented them from raising the petrol price had they gone through, while Minister Ismail said that Moscow never responded to the letter that was earlier sent (presumably by the former Energy Minister) for buying discounted fuel.

Minister Ismail’s claims contradict the incumbent Energy Minister’s that “there is no paper / evidence available with the quarters concerned” concerning the former premier’s claims about buying Russian fuel. Either a letter was sent like his predecessor and Minister Ismail claimed or the latter is mistaken and the incumbent Energy Minister is correct. Either way, there’s clearly a conflict between these two officials’ claims, which must be urgently clarified. Nevertheless, the very fact that such a conflict exists confirms that Pakistan has indeed been sending mixed signals to Russia ever since former Prime Minister Khan’s removal, which is a noticeable change in its approach that casts doubt on the new government’s claims that it didn’t come to power to change his foreign policy like he accused them of doing.

Another detail that deserves to be discussed in this context is the narrative that certain Pakistani influencers began spreading after the former premier’s ouster alleging that their country can’t even refine Russian oil in the first place. This claim implied two things. The first is that Imran Khan was supposedly lying about having reached an oil deal with Russia during his trip to Moscow. The second, meanwhile, hinted that the Russian diplomats who represent this oil superpower are so uninformed of the industry from which their country generates a disproportionate share of its budgetary revenue that they held negotiations over the export of this resource with a partner that can’t possibly refine it. In other words, they’re idiots who wasted their precious time discussing a deal that was doomed to fail.

It can only be speculated who was responsible for creating this narrative in the first place, but it convincingly appears as though its intent was to simultaneously discredit the former Prime Minister while also throwing shade at Russia, the latter of which might have been meant to serve as a positive signal to the US with whom Pakistan is actively working to reset relations. Nevertheless, this information campaign backfired on the new government in two ways. First, those who participated in it seemingly weren’t aware that it was the former PMLN government that was the first to reportedly express interest in purchasing Russian oil in December 2017, which hasn’t been denied in the over four years since a reputable outlet shared this information with the public.

Second, it was none other than the incumbent Finance Minister of the restored PMLN government that replaced Imran Khan which just said that his country would consider importing discounted Russian oil if it was offered and there’s no threat of US sanctions afterwards. The narrative that’s being pushed by certain Pakistani influencers, however, is that it’s impossible for their country to even refine Russian oil, which naturally implies that the former PMLN government, Imran Khan’s PTI one, and the restored PMLN government are all lying. It should be noted that those influencers who push this claim are also regarded as being supportive of the new government, which leads to the narrative contradiction whereby government supporters just unwittingly discredited that which they attempted legitimize.

Taken together, the conflicting statements from the new Pakistani officials about oil deals with Russia and the narrative pushed by some of those influencers who support them lead to the undeniable conclusion that Islamabad hasn’t gotten its story straight about this issue. From an outsider’s perspective, these two developments very strongly suggest that the new government did indeed attempt to change their predecessor’s foreign policy with respect to Russia despite claiming that they never had any such intentions. The reason for this might speculatively be connected either to US pressure or their independent attempt to reconcile with America by unilaterally distancing themselves from Russia to an extent in pursuit of restoring ties with the US.

The Foreign Office’s pragmatic statement last week that it won’t rule out the import of Russian oil and Minister Ismail’s subsequent reaffirmation of that policy hint that Pakistan’s worsening economic crisis compelled it to reverse its previously implied position that it wasn’t interested in such a deal for the speculative reasons that were suggested above. This abrupt shift unwittingly discredited those influencers who pushed the narrative that it’s supposedly impossible for Pakistan to refine Russian oil. These figures are now pressured by circumstances to either publicly condemn the new government for countenancing the same supposedly impossible deal that prompted them to condemn its predecessor or to admit that they were at the very least misinformed about this sensitive issue and thus apologize.

The failure to do either and instead carry on with “business as usual” by conspicuously ignoring the narrative contradiction connected to their prior claims and the new government’s latest statement will not only further discredit them, but also the same authorities that they’re regarded as supporting. This narrative dilemma as well as the new government’s conflicting statements on the issue of importing Russian oil was completely avoidable had Pakistan unambiguously maintained policy continuity towards Moscow following its scandalous change of government in early April. The unquestionable fact that it didn’t do this, but instead sent mixed signals towards that country, adds credence to the former premier’s claims that his removal was connected to his foreign policy. 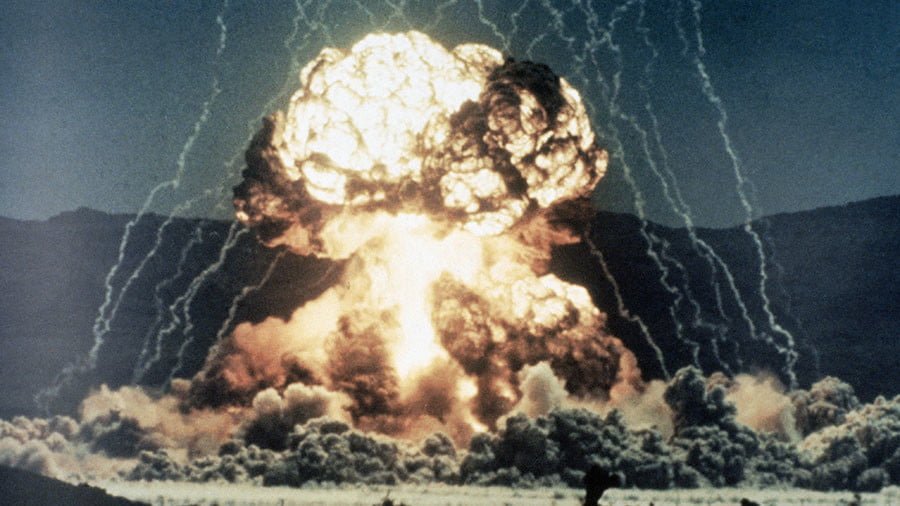 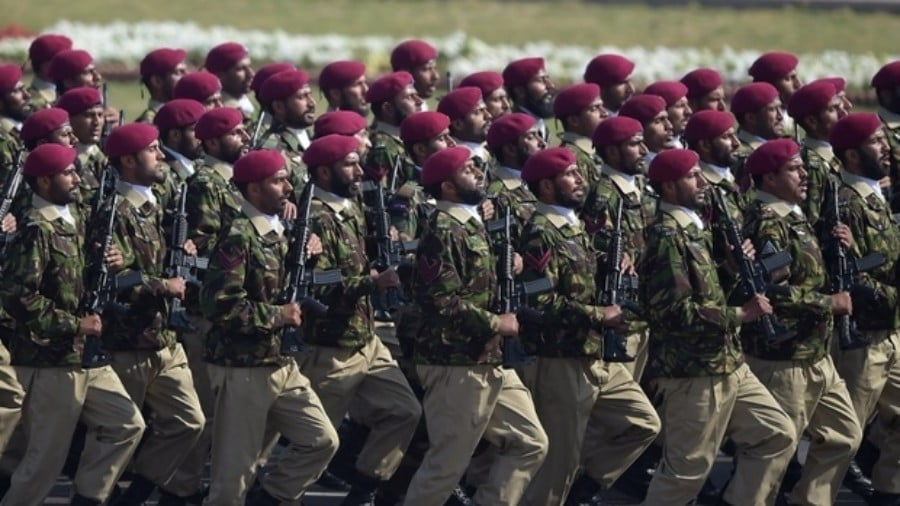 Russian Defence Minister Shoigu reports on start of massive air campaign against Al-Qaeda in Syria. The long awaited Syrian and Russian offensive against Aleppo has now finally begun with massive Russian strikes on Al-Qaeda bases in Homs and Idlib provinces. Information about the precise nature of the strikes is for the most patchy.  However Russia’s… 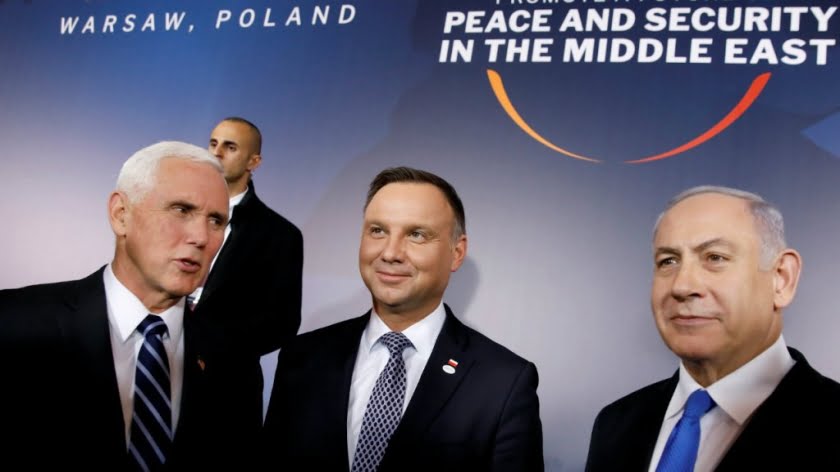 The conference jointly hosted by the US and Polish governments in Warsaw this week under the phony banner of working to “Promote a Future of Peace and Security in the Middle East” has laid bare the immense and imminent threat that US imperialism is preparing to drag humanity into another and potentially world catastrophic war…. 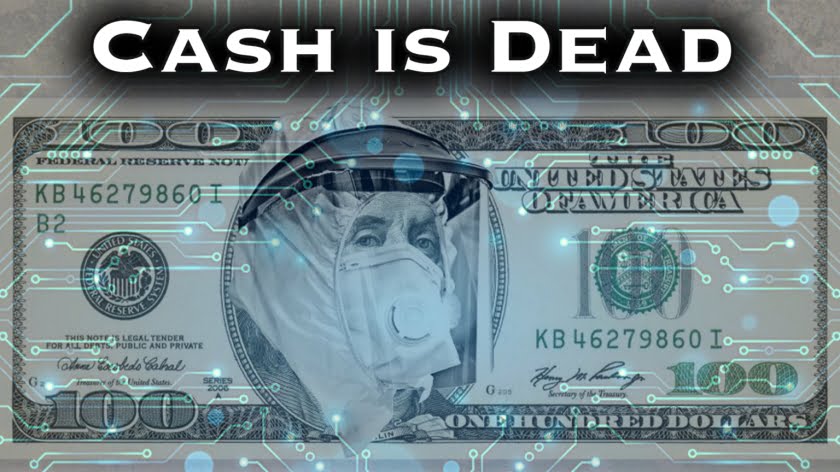