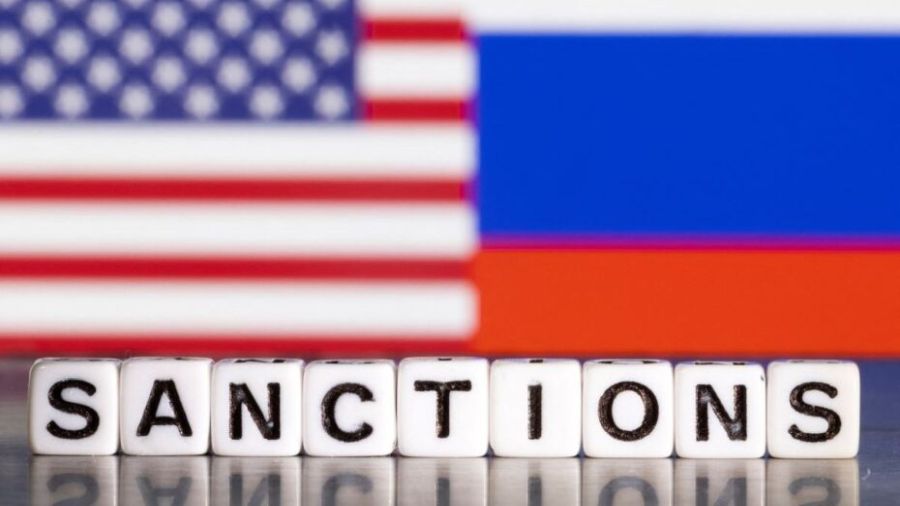 The U.S. has long known that sanctions, while causing great suffering to the targeted countries, provides no benefit to America. They are always primarily just revenge against countries who fail to march obediently in lockstep with U.S. demands.

It is hard to keep up but as of the time of writing there are some 44 nations who are currently under U.S. sanctions. This favoured American tool is used to punish countries who displease America. Reasons for said displeasure can range from having the wrong friends, to concocted human rights violations or having an elected Government that doesn’t have the explicit consent of the U.S. Government to rule over the people who elected it. There are too many examples to cite. Russia currently holds the record for having the most sanctions levelled at it, more than 1100 and counting. Companies, institutions and individuals, and even things, yachts and planes can all fall foul of the Empire’s displeasure. Most of these sanctions have been imposed since the start of the Ukraine conflict less than 3 months ago. The stated intention was to try and destroy the Russian economy, as all evidence shows, in that regard the sanctions have failed spectacularly. Mainly because most nations know who was behind the war and wouldn’t join in the anti-Russian narrative or the sanctions. The Russian currency and economy are reaching new heights while the Empire’s close friends in Europe are being crushed under the U.S.-imposed sanctions on Russia. Friends and enemies alike must suffer to satisfy America’s wishes.

There is the ’law of unintended consequences’ that can be blamed, but the U.S. has long known that sanctions, while causing great suffering to the targeted countries, provides no benefit to America. They are always primarily just revenge against countries who fail to march obediently in lockstep with U.S. demands. This uniquely American brand of revenge capitalism is not always restricted to financial instruments. The 1990 sanctions against Iraq imposed for the sin of selling their oil outside the allowable OPEC guidelines resulted in the deaths of more than 500,000 Iraqi children. Which, according to the secretary of state Madeline Albright, was “worth it”. Worth it apparently to prevent Saddam Hussein from flooding the world with cheap oil and threatening the profits of “American interests” in the energy sector. When even these hardships failed to bring Saddam into line, the second Gulf war 2003 was needed to stop Saddam selling his oil in euros. Worse than even invading a neighbour (Kuwait) threatening the dollars hegemony was a cardinal sin. An example had to be made of Iraq to dissuade other nations from considering similar heresies. Hence Iraq was summarily destroyed, twenty years later the once prosperous nation lies in ruins and its people continue to suffer under U.S. occupation and sanctions. Revenge Capitalism at its finest.

Libya, another once prosperous and developing country, sought to develop a dollar alternative, the gold-backed dinar. As with Iraq, this sovereign nation was demolished and a once functioning society now has open slave markets in its capital city Tripoli. The population continues to suffer so that Western bankers can maintain their monopoly over currency. Not that there were no positives though, Hillary Clinton, the then Secretary of State got a good laugh out of it. Referring to Muammar Gaddafi, she said “We came, we saw, he died” and went on to cackle demonically. A cold place in hell awaits the soulless Clinton where she may join the aforementioned Albright in comparing their record on dead babies.

There is no statute of limitations on the Empire’s revenge. Cuba since 1959, Iran since 1979, North Korea since 1952, and Venezuela since 2002. All have suffered enormously under the West’s prolonged financial tyranny. The attempts to isolate these countries from the Global financial system have been contrary to both common sense and American interests. A rapprochement and engagement with these countries, even under a different model could have delivered far more benefit to America. That however may appear to encourage and forgive defiance, and they serve better as examples of what happens to countries who don’t follow the American-defined, “rules-based order.”

The main targets of American revenge capitalism are of course Russia and China. To understand the hatred of Russia we need to go back, way back to 1815 and the Congress of Vienna. The Congress’s purpose was to design the new European order following the Napoleonic wars. Western capitalists and bankers were never able to get any traction in Russia. At the Congress, the Rothschilds offered to assume Russia’s debt and run their economy. No fool, Tzar Alexander knew the game and called out the Rothschilds, he vowed they would never get into Russia. And for more than 100 years they didn’t. Another black mark against Russia was when in 1917 the Bolsheviks defaulted on the considerable debt owed to western banks for WWI. They considered that debt incurred in an imperialist war wasn’t owed by the people. The Empire’s lust for vengeance is multi-generational, and it doesn’t forget.

In 1989 on the collapse of the Soviet Union, Western capital had their chance at the Russian economy and they salivated over it like rabid dogs. Via western-created Oligarchs they systematically plundered the Russian economy and its immense resources. For ten years they feasted gleefully on the Russian corpse. Then came Putin, assuming him to be another easily controlled yes man, he came to power with the West’s blessing. But Putin crossed them up, he quickly reigned in the oligarchs and took back control of the economy. Under Putin, Russia has emerged as a great power that is making friends all over the world. He has demonstrated what a country can achieve when it puts the interests of its people above those of “American interests” A very bad example indeed.

China similarly has also long defied Western attempts to control its economy. During its long century of shame (1850-1949) foreign nations exploited and looted China with impunity. In 1949, with the success of the Communist revolution the imperialists were expelled. Even by the monies of the time, U.S. corporations lost billions. China has never been forgiven for that. Despite countless attempts to destabilise China it has steadfastly refused to move to the West’s neo-liberal “financial capitalism” model. Its immense state sector will never be privatised, nor will its banks. And that is its current sin, China’s spectacular growth has served as example to other nations of what an economy can do under a better economic system. It is China’s model of industrial capitalism that other developing nations are following, to the exclusion of the failed western neo-liberal one. A bad example on this scale requires extreme measures, and that may include starting a conflagration in Asia to stop China militarily. Only their failure to gather enough Asian allies has likely prevented that happening already. The roles have reversed in the China-U.S. relationship. It is now China that holds all the cards. Should China wish it could shut down the American economy overnight, either by dumping its dollar holdings, or not selling them everything their economy needs to function. China however is above all else pragmatic, its trading model prefers all nations to be prosperous, including America. As of now China will not harm itself to harm America. But that could change: if so, America will get a lesson in revenge capitalism beyond what it could comprehend.

An old adage says “When you seek revenge, dig two graves” That’s never been truer than it is now. We are witnessing an unprecedented level of co-operation between countries from around the world. Recent meetings with Maduro from Venezuela, visiting Iran, Turkey, Algeria, Fernandez from Argentina visiting China, Bolsonaro from Brazil visiting Russia. Just a few of many more unlikely relationships being forged. The common denominator is that they are all U.S. exclusionary. Economic blocs in Central Asia, Africa, and Latin America are developing independently of American influence. This is in anticipation of the post-dollar, post-IMF world that is rapidly approaching. Before long America won’t be able to exact its revenge capitalism, not financially at least. America rampant abuse of its dollar hegemony hasn’t made it look strong. On the contrary it makes it look petty, small-minded and spiteful. An increasingly weakening America may soon feel what revenge capitalism feels like. When the time comes, and it will, it can only hope the rest of the world is more forgiving. 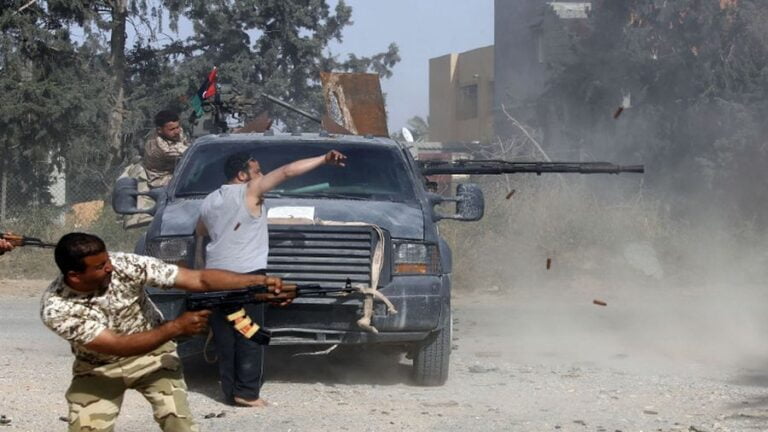 Violence has returned to the streets of the Libyan capital Tripoli for the third time this year, as prevailing tensions between the North African country’s two parallel governments have again escalated sharply. With 32 people killed and 160 injured, mostly civilians, the warring militias have not even spared hospitals in their attempts to control more…

A quite incredible story out of England has not received much media coverage in the United States. It concerns how the Israeli Embassy in London connived with government officials to “take down” parliamentarians and government ministers who were considered to be critical of the Jewish State. It was also learned that the Israeli Embassy was…

The liberal/progressive/left are enjoying their drunkfest of denunciation. I can’t say I have ever witnessed anything like it. These are the people who sat on their hands for 16 years while Washington destroyed in whole or part seven countries. Not being satisfied with this level of warmongering and crimes against humanity, Washington orchestrated a conflict…