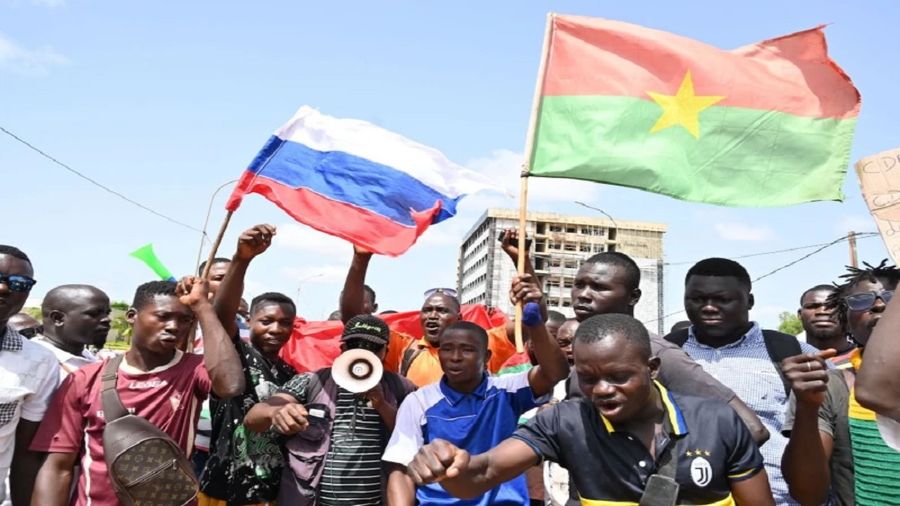 With Africa having emerged as among the hottest proxy battlegrounds in the New Cold War’s struggle for the future of International Relations, it’ll require Russia’s “Democratic Security” services more than ever to succeed.

The US-led West’s Golden Billion is fearful that the latest military coup in the landlocked former French colony of Burkina Faso will result in strengthening security ties with Russia, particularly its private military contractors. The appearance of Russian flags at the spontaneous rallies that sprouted up in support of the new authorities coincided with Wagner founder Prigozhin praising coup leader Traeore, which prompted The Guardian, Axios, Deutsche Welle, and Foreign Policy to speculate about their ties.

The rising importance of Russia’s bespoke “Democratic Security” services to African states, which refers to the wide range of counter-Hybrid Warfare tactics and strategies for defending against such threats, has been a game-changer across the continent. It fulfills the role that many countries’ traditional American and/or French partners previously promised but never succeeded in doing. To the contrary, many suspect that anti-terrorist campaigns were just a cover for disguising neo-imperial plundering.

This is especially the case when it comes to France’s failed nearly decade-long one across the Sahel that was initiated in response to terrorists hijacking a separatist movement in Mali, which was turbocharged by the explosion of arms and mercenaries following NATO’s War on Libya. Far from stabilizing that geostrategically positioned state in the center of West Africa, it actually led to even more terrorism that continues to afflict it to this day, including after Al Qaeda’s local branch recently declared war on Russia.

Moscow wasn’t deterred, however, and instead ramped up its military-security cooperation with Bamako. Related ties are so strong right now that Prime Minister Maiga even praised Russia during his speech at last month’s UN General Assembly while reminding everyone of how terribly France has always treated Mali. In a sense, Russia is simply replicating its “Democratic Security” successes in the Central African Republic (CAR) with Mali and soon possibly Burkina Faso as well.

About the third-mentioned, which is the latest in that part of the continent to experience a coup after Mali (both of which have gone through this twice in the past year and two respectively), it makes perfect sense why its new authorities might be interested in bolstering their military-security ties with Russia. Moscow’s bespoke “Democratic Security” services have already proven their effectiveness in Burkina Faso’s northern neighbor so it therefore follows that Ouagadougou considers it a potential partner.

There was already talk of such cooperation between them under the previous military government that was just deposed by its own armed forces, but tangible progress might finally be made on those rumored plans for three reasons. First, the latest coup took place on the pretext of countering terrorist threats more successfully than the prior authorities did. Second, France failed to achieve any significant progress. And third, Mali’s military government has done much better since teaming up with Russia.

None of this suggests that Russia was behind the latest coup, however, nor that it played any role in organizing the rallies in its support where locals also waved its flag throughout the capital’s streets. Rather, the latest regime change was a purely domestic process driven by urgent security concerns while those spontaneous demonstrations were comprised of people who’ve been inspired by that newly restored world power’s active resistance to the same Golden Billion that oppressed them for so long.

President Putin’s revolutionary manifesto that he coincidentally shared on the same day as the coup on 30 September couldn’t have realistically influenced the Burkinabe, but the proto-manifesto that he shared earlier in the summer almost certainly did. Furthermore, the locals likely heard from trusted sources – including businessmen, family, and in some cases even through their own first-hand experience – how successfully Russia has helped Mali manage its security problems this past year.

It therefore shouldn’t be surprising to any objective observer that people spontaneously spilled out into the streets waving Russian flags after the latest military coup in the region that was driven by the desire to liberate their country from the neo-colonial influence of the Golden Billion’s French hegemon. The plotters’ sharp criticisms against Paris, especially their allegations that it was trying to spark a civil war in order to stop their anti-imperialist revolution, closely resembled the rhetoric from Mali’s junta.

Those military officials proved to be African pioneers by proudly pushing back against Macron’s smears, including his latest one in August that insulted their intelligence and thus implied racist-supremacist innuendo, in ways that no one has done since the late Burkinabe revolutionary Thomas Sankara. With this recent context in mind, it was thus expected that people would flood into the streets supporting their new military authorities while flying the flags of Mali’s newfound strategic Russian partner.

Returning back to the Golden Billion’s fear of Burkinabe-Russian military cooperation, this is therefore revealed to be nothing but anger at Moscow’s success in eroding their regional influence through its effective practice of “Democratic Security”. The West also knows that it can’t compete with Russia’s new soft power approach to Africa embodied by Foreign Minister Lavrov’s promise earlier this summer to help Russia’s African partners fully complete their decolonization processes.

These former colonizers squandered their chance over the decades by transforming their “classical colonial” models into neo-colonial ones and thus retaining their hegemonic influence over those same people who were gaslit into thinking that they were finally free. The African masses are finally awakening, however, as proven by the passionate grassroots support given to the patriotic revolutionaries that led Mali and now Burkina Faso’s anti-imperialist coups.

This emerging continental-wide liberation movement is politically supported by Russia but purely driven by the locals in each country who’ve yearned for years to finally liberate themselves from the Golden Billion’s yoke. Upon members of their military taking the lead in this respect, the opportunity for meaningful “Democratic Security” cooperation with the Kremlin immediately becomes possible if the new officials decide that it’s the best way to ensure their national security and strategic autonomy.

The global systemic transition to multipolarity has therefore accelerated in one of the most geostrategic regions of the Global South, France’s self-declared “sphere of influence” in West Africa that it condescendingly refers to as “Françafrique”, which will have major implications for the New Cold War. With Africa having emerged as among the hottest proxy battlegrounds in this struggle for the future of International Relations, it’ll require Russia’s “Democratic Security” services more than ever to succeed. 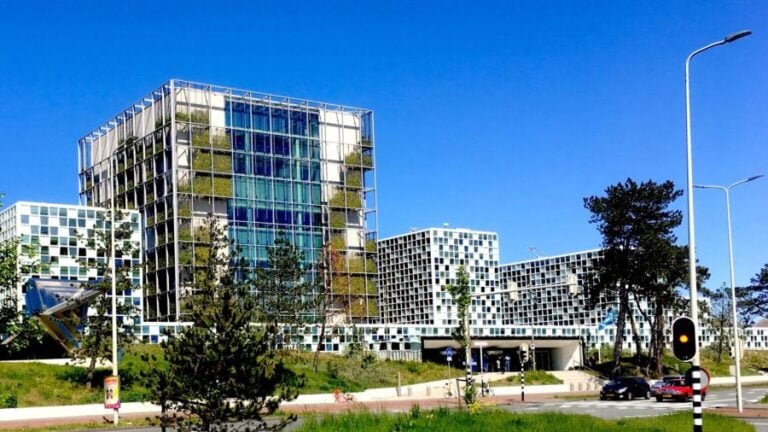 Although the United States has tried mightily to undermine the International Criminal Court (ICC) since it became operational in 2002, the U.S. government is now pushing for the ICC to prosecute Russian leaders for war crimes in Ukraine. Apparently, Washington thinks the ICC is reliable enough to try Russians but not to bring U.S. or… 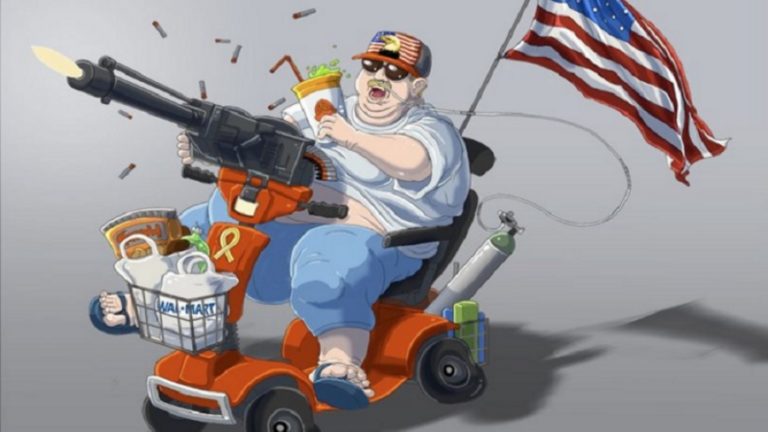 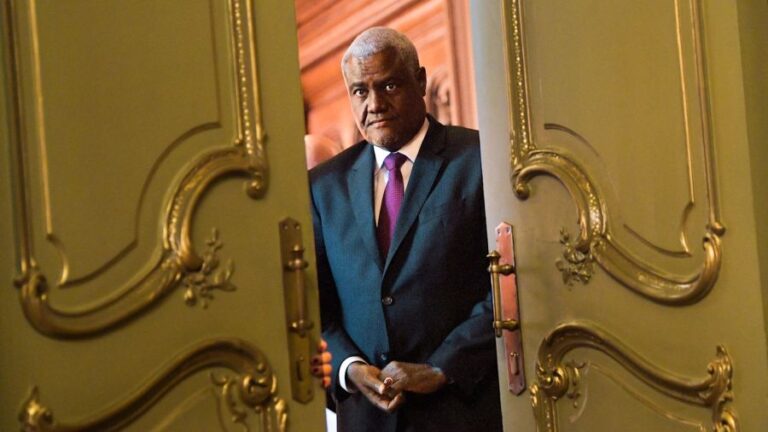 Russian Foreign Minister Sergey Lavrov’s recent tour in Africa was meant to be a game changer, not only in terms of Russia’s relations with the continent, but in the global power struggle involving the US, Europe, China, India, Turkey and others. Many media reports and analyses placed Lavrov’s visit to Egypt, the Republic of Congo,…