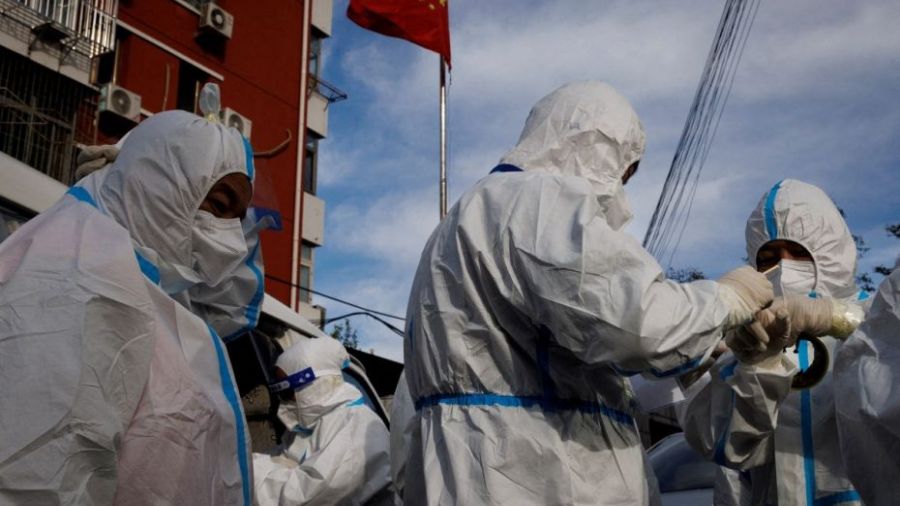 For Western media to harangue China over its zero-Covid policy and to try to blame China for the failure of Western capitalism is beyond farcical. It is degenerate.

When Chinese President Xi Jinping recently reiterated that China would be adhering to its strict public controls against the Covid-19 pandemic, there was discernible disappointment in the Western media that the Asian giant was not conforming to a “let it rip” approach.

China is maintaining a zero-Covid policy with new guidelines on how to ease restrictions in a dynamic way calibrated to local conditions.

Western capitalist governments have all but given up on public efforts to control the Covid-19 pandemic. The attitude of “living with Covid” is motivated by the unspoken priority to restore capitalist business as usual. The result is a continuing widespread infection rate among Western nations, and, with that, a proliferation of immune-resistant strains of the coronavirus that causes Covid-19. In Western states, a de facto laissez-faire policy amounts to the authorities seemingly being prepared to see their people not “living with Covid” but rather “dying with Covid”.

By contrast, China has maintained a zero-Covid public health policy using a combination of mass vaccination, society lockdowns, quarantines and mass testing and tracing. The upshot is that China’s death toll from the two-year pandemic is a tiny fraction (less than 0.5 per cent) of the numbers that have perished in the West. This is because China’s socialist government prioritizes protection of public health over commercial and short-term economic gains.

Therefore, it seems particularly grotesque that Western media are now cajoling China to abandon its zero-Covid policy, which they are distorting or are impugning as a “failure”.

This week saw an upsurge in Chinese infections from Covid-19 in the capital Beijing and other cities. There were three reported deaths from the disease. The China figures are still relatively low compared with infection and deaths in Western states. For example, in the United States, it is reported that deaths from Covid-related illnesses are about 1,000 per day, which is down from a high of 4,000 per day last winter.

Still, there is an unseemly tone of glee in Western media reports and comments that China’s zero-Covid strategy is allegedly failing to contain the disease. The Financial Times, the BBC and other media were peppered with accompanying chiding calls on the Chinese government to drop its “Communist controls” and to adopt a “living [dying] with Covid” approach.

A Reuters report this week attributed stock market losses in the United States and continuing problems of consumer price inflation on “worries” over China’s zero-Covid policy.

“All eyes are on China today and their Covid-zero policy. Traders are worried that China could expand their restrictions which could slow down growth and threaten higher inflation,” Reuters quoted John Doyle, vice president of dealing and trading at Monex USA, as saying.

This dubious viewpoint of blaming China for Western economic woes is based on the premise that Beijing’s pandemic control policies are stymying its own economic growth and reducing supply chains to Western nations which are then hit with higher inflation, stock market turmoil, job losses and general business downturn.

It is true that China’s zero-Covid policy has curtailed the country’s roaring economy from earlier years of double-digit growth. Nevertheless, the Chinese government believes the fundamentals of the economy are still sound for future recovery. In the meantime, however, the priority for the authorities is on protecting public health and preventing the sort of deadly epidemic outbreaks of Covid-19 that have occurred in the West.

One can understand that with a population of 1.4 billion – 20 per cent of the globe – and many people living in densely packed mega-cities, the Chinese authorities are right to be concerned about warding off a dangerous pandemic.

It is thus a matter of sovereign authority for China to choose whatever public health policies it deems necessary in order to protect its nation. The arrogance of the West is seen in its presumption to lecture China on how to handle Covid-19 and especially in advocating Beijing to adopt Western policies – policies that have been wanton in exacerbating the pandemic, deaths and illnesses. There is an echo here of the colonial Western arrogance seen during the 19th-century Opium Wars.

It is somewhat obscene that the Western media – as mouthpieces for their governments – are mounting a propaganda campaign to undermine China’s principled efforts to maximize the protection of public health and minimize deaths.

In the United States where over 1 million people have died from Covid-19 over the past two years – compared with China’s 5,200 deaths – the evident converse priority is to maximize private commercial profit by minimizing the protection of public health.

What is even more galling about Western remonstrations to China about abandoning its zero-Covid policy is that the economic failings in the United States and Europe are inherent, and have little to do with China.

The U.S. in particular is exporting its inherent economic problems to the rest of the world by endlessly printing dollars and artificially raising its exchange value against other currencies. This is having massive repercussions of soaring inflation for food and other commodities both globally and in the U.S.

Washington has also stoked huge problems with its unilateral actions of banning semiconductor exports to China and cutting off Russian energy supplies.

The systemic problems battering the U.S. and European economies should be branded “Made in America”. Yet the Western media are trying to blame China and, most recently in a particularly sickening spin, to try to label China’s anti-pandemic policies as somehow a negative practice causing problems for the West.

The callous lack of care shown by Western governments toward their people through the hands-off approach in dealing with the Covid pandemic – a let it rip, dying with Covid policy – is testimony to the vile nature of capitalism and its political administrators. These same sick and psychotic values are at the root of why capitalism is a failing economic system. The Western media play a big part in normalizing the horrendous death and disease that capitalist pathology engenders.

So, for Western media to harangue China over its zero-Covid policy and to try to blame China for the failure of Western capitalism is beyond farcical. It is degenerate.

China has held a large parade honouring the 90th anniversary of the People’s Liberation Army (PLA). In addition to displays of cutting edge, never before seen weapons, China’s President Xi Jinping clarified the purpose of a large, modern and highly trained PLA in the 21st century. Speaking at a ceremony after the parade, Xi stated,… 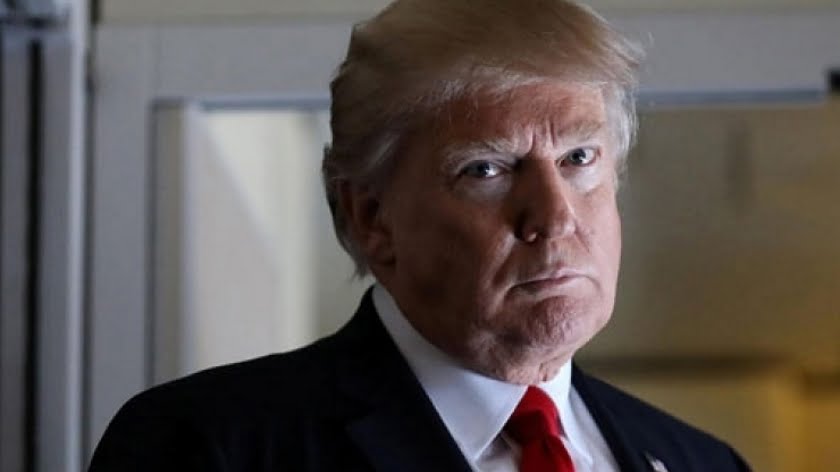 The liberal world order is a shambles. The coronavirus pandemic will spell the end of full-spectrum dominance by Britain, the United States, and those in the European Union tethered so inextricably to the NATO alliance. A quote below from a Reuters report citing French President Emmanual Macron, it sums up the fall of the mediocre… 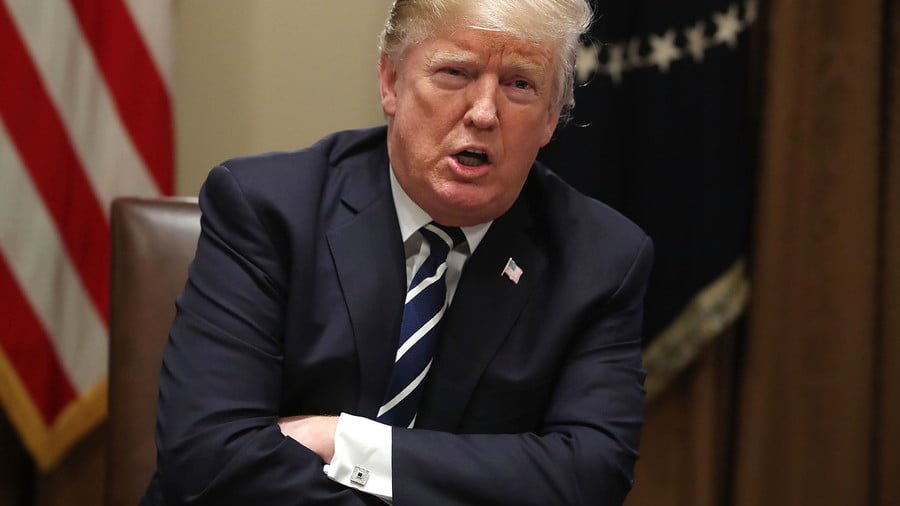 A steady stream of alarmingly suggestive remarks aimed at the US president bespeaks of a nation fracturing along political lines, forcing one to ask where the boundary exists between ‘free speech’ and actual felonies. In a democracy, when one talks about ‘removing’ a government official from power, it has traditionally meant waiting for the next… 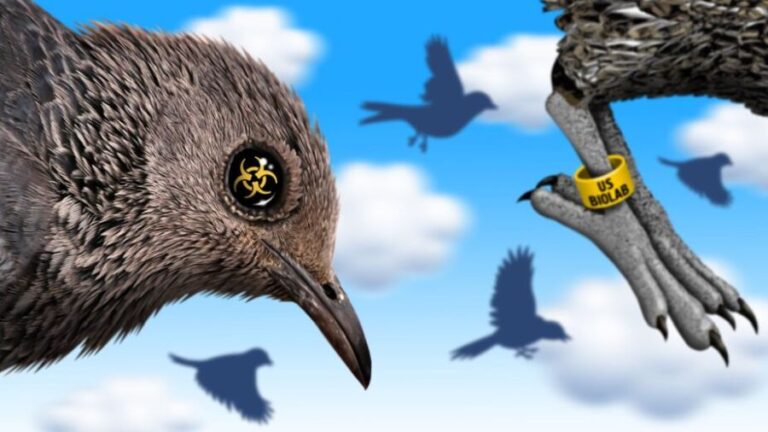 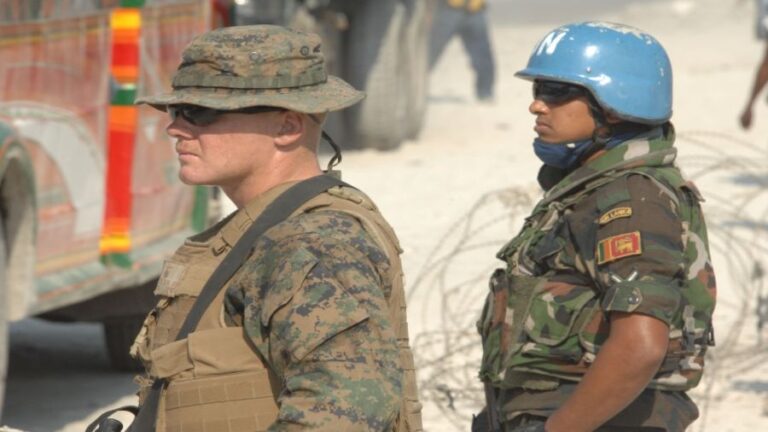 Part I The more recent Strategy to Prevent Conflict and promote Stability (published in 2020) points to a change in the overall approach in the interventions the U.S. undertakes. “Rather than externally driven nation-building, the United States will support locally driven political solutions that align with United States’ national security interests. Rather than fragmented and…