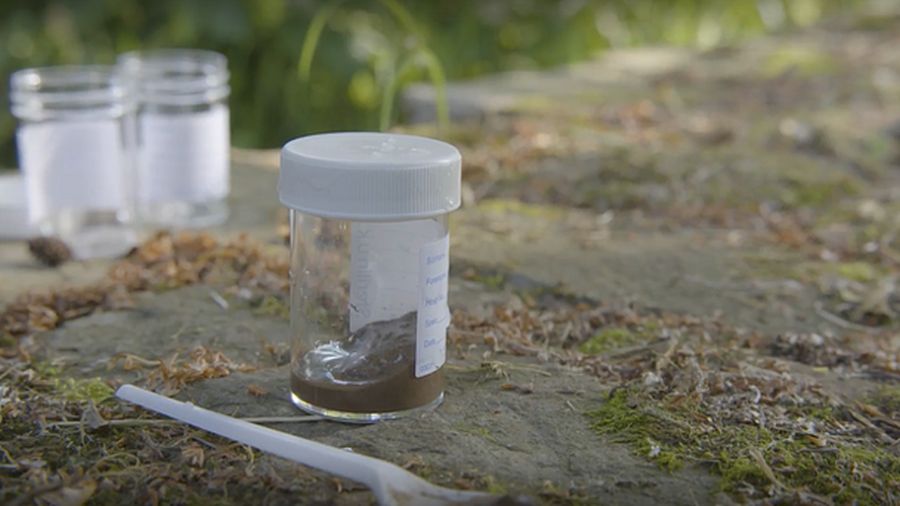 UK rivers near livestock farms are awash with superbugs and antibiotic residues, including in the idyllic River Wye, research by the Bureau of Investigative Journalism has found.

Testing commissioned with World Animal Protection and the Alliance to Save Our Antibiotics has found evidence of drug resistance in waterways near poultry and pig farms and in cattle farm waste, highlighting the risks of slurry leaks contaminating rivers. Combined with previously unseen data released under freedom of information laws, it presents a snapshot of the extent of superbug pollution stemming from farm waste.

The tests found antibiotic-resistant strains of E coli and Staphylococcus aureus, which can cause serious infections in humans, among other superbugs. Some of the samples showed resistance to antibiotics that are classified as “highest-priority critically important for human medicine”. Antimicrobial resistance (AMR) is a serious health threat because it makes illnesses harder to treat.

There are growing concerns about the health of British rivers and the apparent lack of regulation around AMR in farm waste. In October, the Guardian found wide scale river pollution from dairy farms in Devon, and there has been public outcry over raw sewage dumped in UK rivers earlier this year.

Contamination of the River Wye, which flows from the Cambrian mountains in Wales to the Severn estuary, has caused particular outrage, with farming blamed for high levels of phosphates. The river passes through Herefordshire, an area where chicken farming has rapidly expanded and an estimated 20 million birds are reared in the river’s catchment.

Angela Jones has been swimming, working on and exploring the River Wye for decades. She said she had seen sections of the river turn “cloudy and foul” and felt her eyes stinging after swimming.

She told the Bureau: “I feel like crying but I knew two years ago we were close to the edge. And I know now it’s not changed … [Poultry farms are] still chucking all that manure. We need something drastic.”

A recent environmental audit committee inquiry concluded that the UK’s rivers were “in a mess”, citing farm pollution as a significant cause. The inquiry also said that waterways had become a breeding ground for antibiotic resistance.

Philip Dunne, the chairman of the environmental audit committee, told the Bureau: “While much of the attention is on sewage overflows when it comes to water quality of our rivers and beaches, diffuse agricultural pollution is another issue lurking under the surface. This investigation raises the risk in our rivers from emerging antimicrobial resistance. This is another good reason why water quality monitoring needs to be ramped up to avoid people becoming gravely ill.”

Charles Watson, chairman of the NGO River Action, said: “This critically important investigation adds to our understanding of the true horrors being inflicted on our rivers by intensive livestock production. In particular, it highlights how the UK’s existing regulatory controls for managing farm waste are simply nowhere near fit for purpose.”

A 2016 UK government review on AMR estimated that superbugs kill at least 700,000 people worldwide every year – which could rise to 10 million extra deaths by 2050 if no action is taken.

Antibiotics are widely used in livestock production to treat and prevent disease, particularly on factory farms where animals are often reared in overcrowded conditions where bacteria thrive. These farms can act as incubators for potentially fatal drug-resistant diseases in humans.

Although UK livestock sectors have significantly reduced the use of antibiotics on farms in recent years, there are concerns that overuse of certain antibiotics have created superbugs still circulating in farm animals and, consequently, in meat and the environment.

While the public health risks from superbug-contaminated meat has received much media coverage, environmental contamination linked to antibiotic use on farms is underreported.

Livestock farms generate large quantities of animal waste, which is often spread on land for use as a fertiliser, or discharged into public waterways, where superbugs can accumulate.

Dr Andrew Singer, a scientist at the UK’s Centre for Ecology and Hydrology, told the Bureau that the environment was an important transmitter of antibiotic resistance. He added that the “continuous pollution of our environment with drugs and bugs simply hastens” the development of superbugs.

Our investigation obtained samples of water and sediment from waterways near twelve poultry and pig farms, including in the Wye Valley and Norfolk. Waste at four cattle units in Sussex, including dairy and beef farms, and one sample from poultry litter (a mixture of droppings and soiled straw) in Sussex, were also tested.

All of the cattle farms, and eight of the poultry and pig farms, were intensive, with some or all animals permanently kept indoors. Four were free range.

The river samples were collected both upstream and downstream of the pig and poultry farms to assess differences in resistant bacteria, genes – regarded as the building blocks of antibiotic resistance – and residue levels. Cattle farm samples were obtained directly from slurry, which in one case was leaking from a waste lagoon, polluting a footpath and nearby fields.

Analysis by scientists at the Fera laboratory in York revealed resistance to antibiotics known as sulfonamides, which are classified as highly important in human medicine, was more consistently found downstream than upstream of factory pig and chicken farms. This suggests resistance is entering the environment from these farms.

In human medicine, sulfonamides are often used to treat urinary tract infections, one of the most common bacterial infections. Despite this, in the UK the drugs are more widely used in farm animals than in human medicine, prompting fears that overuse in livestock could reduce their effectiveness in treating humans.

In the Wye Valley, the river water contained a version of MRSA and residues of ionophore antibiotics, which are widely used in the chicken industry.

Campaigners said that among the most worrying findings were E coli resistant to cefotaxim and S aureus resistant to vancomycin. Both drugs are classified by the World Health Organization as being highest-priority critically important in human medicine. Earlier this year the Bureau revealed that UK pork meat was contaminated with a vancomycin-resistant superbug.

Cóilín Nunan, the scientific advisor to the Alliance to Save our Antibiotics, said: “Cefotaxime is a particularly important antibiotic for treating serious human infections caused by E coli and other pathogens. It is very worrying that resistance to this antibiotic was found in a chicken litter sample and a cattle slurry sample from intensive farms, and downstream of an intensive chicken farm.

“The use of antibiotics related to cefotaxime is finally being reduced in farming, but far greater reductions are needed and this will only be achieved through government action.”

In southwest England, testing of waste from more than fifty dairy units found infection with drug resistant disease, including on footpaths polluted with slurry, which has the potential for onward contamination.

Catherine McLaughlin, chief animal health and welfare adviser to the National Farmers’ Union said there have been “hugely positive” voluntary achievements across the industry in reducing antibiotic use.

“Our farmers are continuing to work hard to protect animal health and welfare, using alternative strategies such as vaccines and engaging with vets in various initiatives which focus on data collection and preventive health care and animal husbandry,” she said.

In Northern Ireland, testing downstream of livestock farms and farms fertilised with manure found residues of antibiotics known to be used in veterinary medicine. The antibiotic tilmicosin – which can be harmful for humans – was also found at a wastewater treatment outflow serving Belfast.

The pollution of water with these antibiotic residues encourages the development and spread of superbugs because bacteria already present in the water can develop resistance.

Much like the Wye Valley, Northern Ireland has become a powerhouse for livestock production in recent years, with a steep rise in intensive poultry farms.

The Bureau has learnt that in some instances litter from poultry farms contaminated with antibiotic-resistant strains of salmonella was freely spread on land in Northern Ireland for use as fertiliser, despite birds from affected flocks being destroyed.

Experts and campaigners say this practice is unacceptable.

Dr Singer said: “Litter from diseased animals should be destroyed in such a way to eliminate the risk from the disease spreading in the manure. This is going to be expensive and challenging, but it must be done.”

James Orr, director of Friends of the Earth Northern Ireland, said: “It is scandalous for the industry to continue this practice of diseased poultry waste to be spread on farmland. We are increasing the risk of AMR being spread when we could just as easily stop this practice.”

The Department of Agriculture, Environment and Rural Affairs in Northern Ireland said that farmers were offered guidance on salmonella outbreaks that included “measures to prevent exposure of any litter pathogens to both wild and farmed animals” and advice on preventing run-off into watercourses. It added: “Poultry litter should be deep ploughed into arable ground and should not be spread on land that is to be grazed, or from silage or hay [that] is to be harvested in the same year.”

Investigations into tilmicosin pollution were suspended because of the pandemic, the department said.

A Defra spokesperson said: “We do not support routine preventative use of antibiotics in animals – they should not compensate for poor husbandry practices and we will continue to look into strengthening legislation in this area.”

By Andrew Wasley
Source: The Bureau of Investigative Journalism 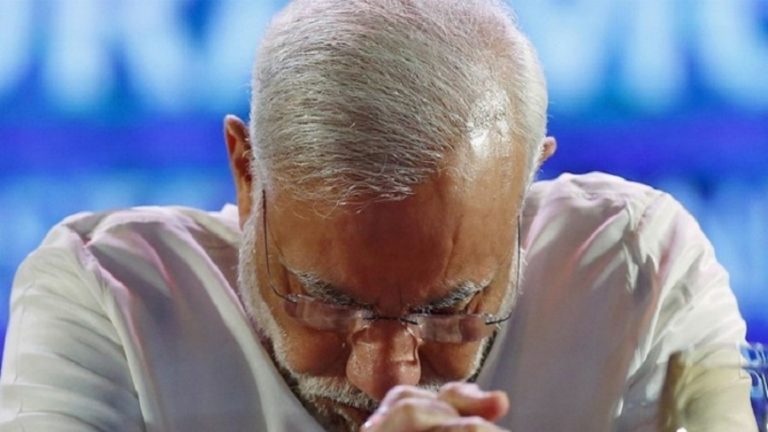 It’s official. Myanmar, according to the UN in its latest report, has given in to wanton murder and systematic oppression to cleanse its streets of its designated undesirables: Rohingya Muslims. However, violence is but the tip of that iceberg. “Myanmar security forces have driven out half a million Muslim Rohingya from northern Rakhine state, torching… 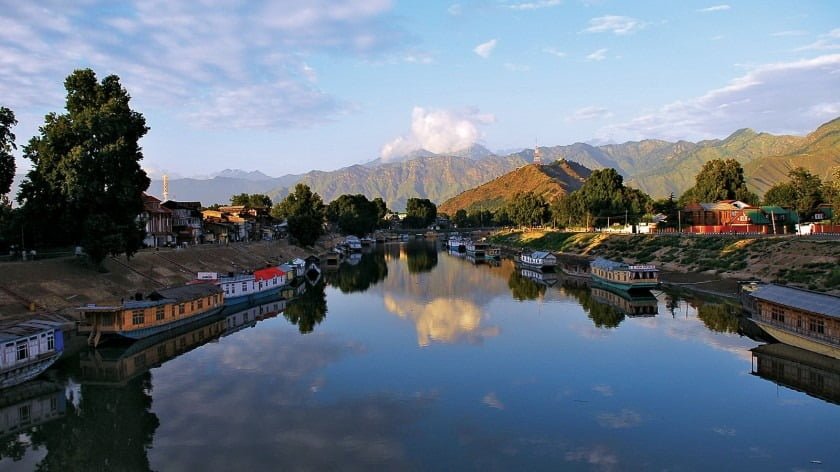 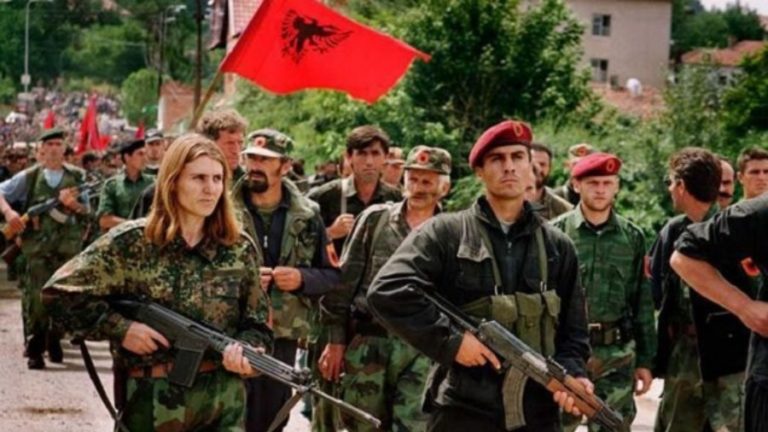 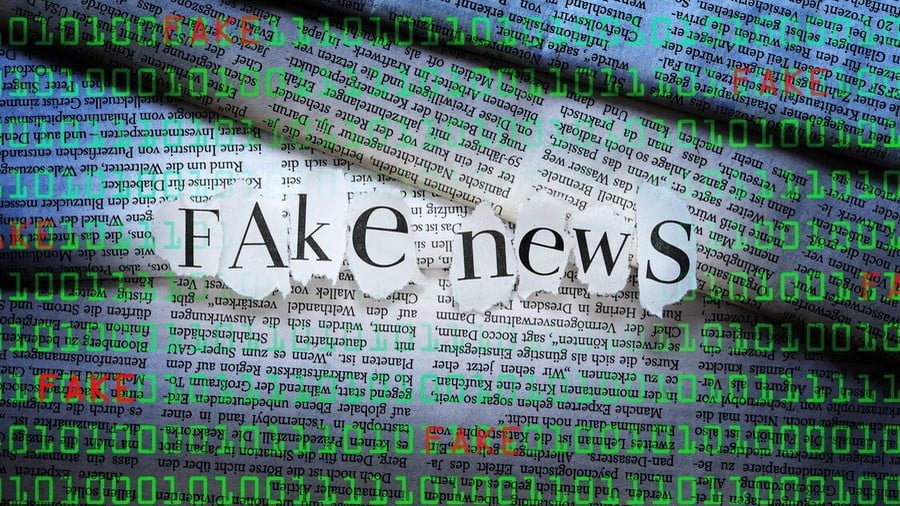 Journalists need to take some sort of Hippocratic oath pledging to tell no lies, otherwise we could end up with a war even more calamitous for humanity than Iraq. As cited by American journalist Sharyl Attkisson in her excellent book ‘The Smear’, John H. Johnson, author of ‘Everydata: The Misinformation Hidden in the Little Data…