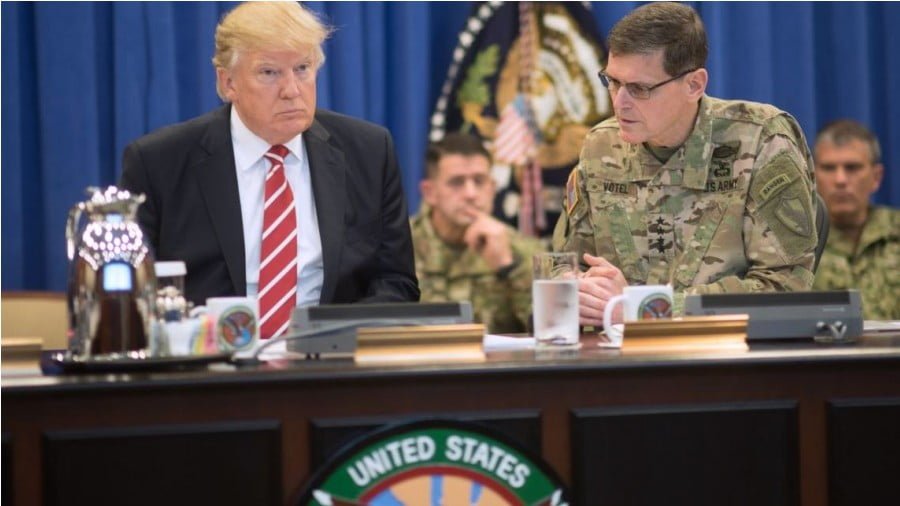 I recall how a friend of mine who once served as a senior Pentagon intelligence briefer described what he called “breaking in” a new president. Today, incoming presidents receive some intelligence briefings so that they do not land in office on a cold January day totally unprepared for what awaits them. But generally speaking, the real surprises are unveiled during the first week when they get the full classified briefings that are carefully prepared both to inform and to enhance the value of the agency doing the briefing. In the case of the Central Intelligence Agency, the most secret clandestine operations are revealed in power point to convince the new chief executive that the intelligence community is keeping the nation safe. The Pentagon for its part unveils flashy new weapons systems either about to come on line or being planned to demonstrate its ability to deter aggression from any source.

The thinking is that if you get the new president on board in his first few days he will be yours forever, signing off on budget increases year after year while also providing political cover when things go wrong. While the Defense Department and intelligence community benefit from the process and are frequently able to get the president’s ear because they are able to unveil some sensational “secrets,” other government agencies also competing for dollars do not have that appeal and do not do so well. State Department, for example, rarely makes much of an impression because its work is basically prosaic.

The systematic attempts to get the president on one’s side inevitably are more successful with chief executives lacking experience in government as they have nothing to measure the power points they are seeing against. President George H. W. Bush, emerging from years spent as a naval officer, a congressman and CIA Director, is unlikely to have been much influenced by a briefing. President Bill Clinton, harboring a negative perception about CIA, did not even see his Director James Woolsey for over a year. But, on balance, most new presidents are willing to be seduced by the inside-the-Beltway establishment as represented by the Pentagon and the intelligence community.

Donald Trump in particular appears to have succumbed, deferring to generals and intelligence chiefs much more often than not, but he has also taken the message of American omnipotence too much to heart. Trump, with no military or government experience, defers to the national security advocates without any sense of the hard reality that all actions have consequences.

The Pentagon is still planning for a military parade in Washington on Veterans’ Day in November, a huge waste of resources that will do little more than stroke the presidential ego. And the open admiration for the armed forces makes it easy for Trump to think first of using weapons and coercion instead of diplomacy, to launch cruise missiles and endorse an admitted torturer as the new CIA Chief. The president is very much wedded to the idea that the United States can go it alone if necessary and the rules that constrain other nations need not apply, a very dangerous conceit.

There have been several ominous developments in Syria, which could bring the U.S. nose-to-nose with Russian forces in the country. A recent Israeli airstrike, initially credited to Washington, appears to have killed 52 Syrian soldiers. There have also been rumors in Washington that the Administration is preparing for something “big” in Syria, possibly related to warnings from the Pentagon that Syrian forces have been threatening the unilaterally declared “de-escalation zone” in the country’s southeast. This suggests that the U.S. will block attempts by the government in Damascus to regain control of areas until recently dominated by terrorists. Trump has also quietly restored funding to the so-called White Helmets, a terrorist front group much loved by Hollywood and Congress.

All of these steps in Syria serve no real American interest. More ominously, Trump has now revealed that he has ordered the Pentagon to create a military Space Force as a new branch of the armed forces. He explained “…Our destiny, beyond the Earth, is not only a matter of national identity, but a matter of national security. It is not enough to merely have an American presence in space. We must have American dominance in space.”

How other nations will adapt to American rule over outer space and the planets is difficult to predict, but if the past seventeen years of Washington’s assertion of its supremacy are anything to go by, the result will be very, very bad. And it is quite unsettling to also observe that a nation that clearly cannot provide access to decent health care for its citizens is now aspiring to turn the moon into a fortified bastion.