“Either convert to Islam or die.” This was the choice the Turkish Sultan put to Sabbatai Zevi, self-proclaimed Jewish “Messiah” in 1666.

By only pretending to convert, Zevi resorted to a common Jewish practice. But Zevi was not an ordinary Jew. He led a popular heresy, based on Cabalism. The rabbis had denounced him and his followers.

After his “conversion,” over a million followers, who later included financiers like the Rothschilds, imitated his example. But they didn’t just pretend to be Muslims or Christians. They pretended to be Jews as well.

Communist defector Bella Dodd revealed that during the 1930’s the Communist Party had 1100 members join the Catholic Priesthood. They became Bishops, Cardinals and Popes.

By adopting this chameleon strategy, this satanic cult infiltrated and subverted most governments and religions, and established an invisible tyranny without drawing much attention. In the words of the gifted researcher Clifford Shack:

“Through infiltration, stealth and cunning, this invisible network has come to rule us all. Forty-one years after Shabbatai Zevi’s death, in 1717, they would infiltrate Masonry guilds in England and establish Freemasonry…. [Zevi’s successor] Jacob Frank would have a great impact on the inner core of Freemasonry known as the Illuminati, formed in 1776. Freemasonry would become the hidden force behind events like the [American, French and Russian] revolutions, the creations of the U.N. & Israel, both World Wars (including the Holocaust!), and the assassinations of the Kennedy brothers who, together with their father, tried to thwart the efforts of the network on American soil.

Sabbatean/Frankists, also referred to as the “Cult of the All-Seeing Eye” (look on the back of your one dollar bill to begin to understand their influence in YOUR life), are political and religious chameleons. They are everywhere…there is power. They are the good guys AND the bad guys. The World War Two era is a prime example. The following leaders were members of the “Cult of the All-Seeing Eye” (Sabbatean/Frankists): Franklin D. Roosevelt; Winston Churchill; Adolph Hitler; Eugenio Pacelli (Pope Pius XII); Francisco Franco; Benito Mussolini; Hirohito and Mao Tse-Tung.”

If Mr. Shack is correct, historians, educators and journalists are upholding a false reality and our culture is an elaborate psy-op. . Our perception of the human experience is shaped by an occult secret society.

Obviously, the Sabbateans and their descendants should consume our attention. Instead, they are hidden from view. They were decisive in the so-called “Enlightenment,” “secularism” and “modernism.” These are but baby steps to their Satanism.

According to Rabbi Marvin Antelman, they believe sin is holy and should be practised for its own sake. Since the Messiah will come when people either become righteous or totally corrupt, the Sabbateans opted for debauchery: “Since we cannot all be saints, let us all be sinners.”

Their blasphemous benediction “who permits the forbidden” later became the satanist “do as thou wilt,” the expression of their “religious” feeling. Totally amoral, they believe the “end justifies the means.” (“To Eliminate the Opiate,”Vol. 2 p. 87)

In 1756, Jacob Frank and his followers were excommunicated by the rabbis. Antelman says the Sabbateans were behind the Reform, Liberal and Revolutionary movements of the Nineteenth century. They were also behind the Reform and Conservative movements in Judaism, including the “Haskalah” i.e. Jewish assimilation. In other words, Jews have been influenced by the Sabbateans and don’t even know it.

That is their tactic. They don’t advocate a Satanic kingdom. They gently steer you that way by questioning the existence of God, by demanding “sexual liberation,” “independence” for women, “inclusiveness,” “internationalism,” “diversity” and “religious tolerance.” These all have a hidden agenda: to undermine “all collective forces except our own.”

SEXUAL EXCESS AS A RELIGION

Antelman cites the proceedings of a rabbinical court where Shmuel, son of Shlomo tearfully confessed he had rejected the Torah and had encouraged his wife to have sex several times with Hershel. “I am guilty. She did not want to.” (111)

Sexual abandon is characteristic of Communism, a direct outgrowth of Sabbateanism. Jacob Frank pimped his beautiful wife to recruit influential men. Female members of the Communist Party were used in the same way. Adam Weishaupt, the founder of the Illuminati, got his sister-in-law pregnant.

The influence of the Sabbatean conspiracy is hidden in plain sight. For example, the term “Holocaust” is used without regard to its true meaning. Rabbi Antelman states that well before World War Two, the term meant “burnt offering” as in sacrifice. (p.199)

He quotes Bruno Bettleheim who says “calling the most callous, most brutal, most horrid. most heinous mass murder a ‘burnt offering’ is a sacrilege, a profanation of God and man.” (205)

Whose sacrifice was it? For what purpose? Obviously, it has something to do with the Sabbateans’ occult practice. Every time we use that word, we unwittingly join in their sacrilege.

According to Antelman, the Sabbateans hated Jews and sought their extinction. He cites rabbis who warned as far back as 1750 that if the Jews didn’t stop the Sabbateans, they would be destroyed by them. (209)

And indeed when some US Jews tried to save European Jewry from genocide, Antelman says “the conservative and reform communities [in the US] went their merry way ignoring these activities. So called establishment organizations like the American Jewish Congress, American Jewish Committee, and B’nai Brith did virtually nothing.” (217)

Sabbateans only marry within their demonic sect. They often marry rich, influential Gentiles. Thus, the Fourth Baron Rothschild (Jacob’s) mother was not Jewish nor is his wife.

Another example is Al Gore’s daughter Karenna’s 1997 marriage to Andrew Schiff, the great grandson of Jacob Schiff. Gore’s father was a Senator sponsored by Armand Hammer (Occidental Petroleum) whose own father was the founder of the American Communist party. Like Hitlery and Dubya, Al Gore is another Illuminati agent.

CONCLUSION Mankind is in the grip of a vicious Satanic cult whose power is so great, they can wage a covert war against humanity unnoticed. Even when their plot is exposed, they can convince everyone that it is racist, bigoted and in bad taste to believe it.

Western society is morally bankrupt. This elaborate cult network controls politics, information and culture. Most leaders are dupes or traitors. The “Intelligentsia” has been bribed while the public is distracted and lives in a fool’s paradise.

Like most nations and religions, Jews have been subverted from within. Zionists are pawns of the Sabbateans who used the “holocaust” to engineer the creation of Israel. Millions of Jews been “sacrificed” to create a Sabbatean Homeland, a “burnt offering” to Satan, a capital of their NWO.

God gave man Life: a Miracle full of inherent Beauty and Meaning. He gave us everything we need to develop according to his Plan.

But people who think limitless power and wealth are better than infinite love have hijacked humanity. They want to prevent our Divine Rendezvous and entomb us in a permanent infantilism instead. This is the real meaning of our politics and our time. 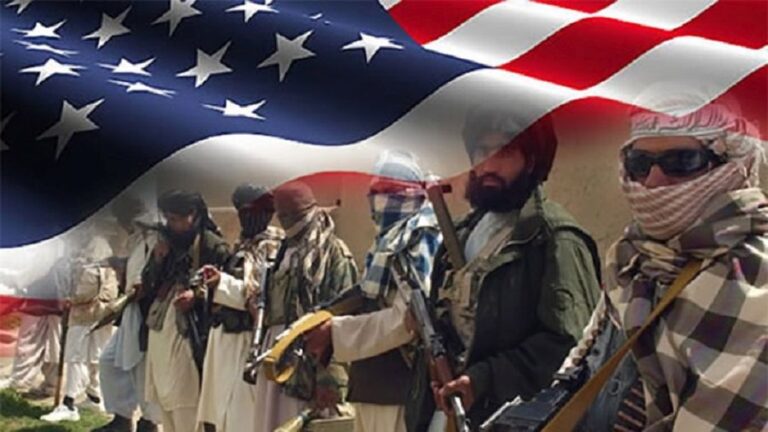 Those influential leftist activists in the Alt-Media Community who are condemning the Taliban should actually appreciate its anti-imperialist victory over America even if they still disagree with aspects of the group’s vision. Leftist Gatekeeping Goes Against Genuine Anti-Imperialism The Taliban’s swift takeover of Afghanistan surprised many observers, but perhaps none more than the influential left-wing… 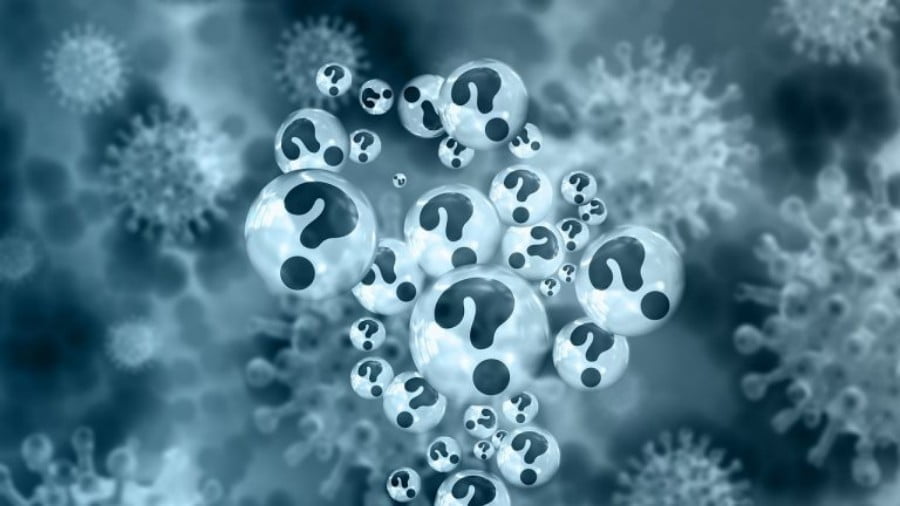 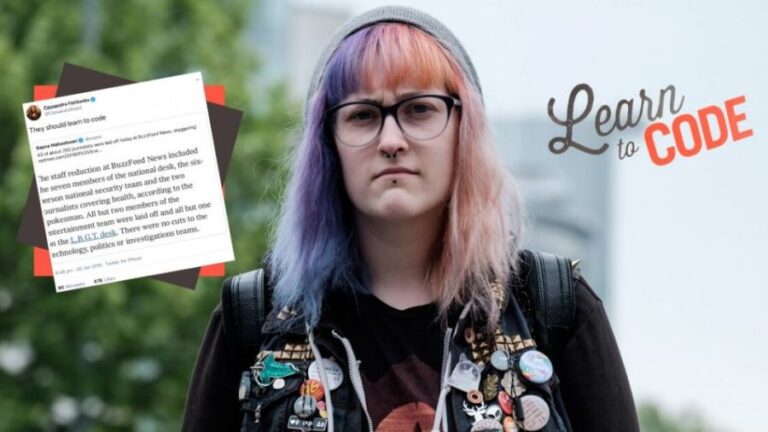 So, Elon Musk completed his purchase of Twitter and the pink slips are flying. From the C-Suite to the CS desk in a few weeks Twitter will cease to be the company we’ve all loved to hate delivering a product we hated to love. From the beginning of this saga I maintained that it didn’t… 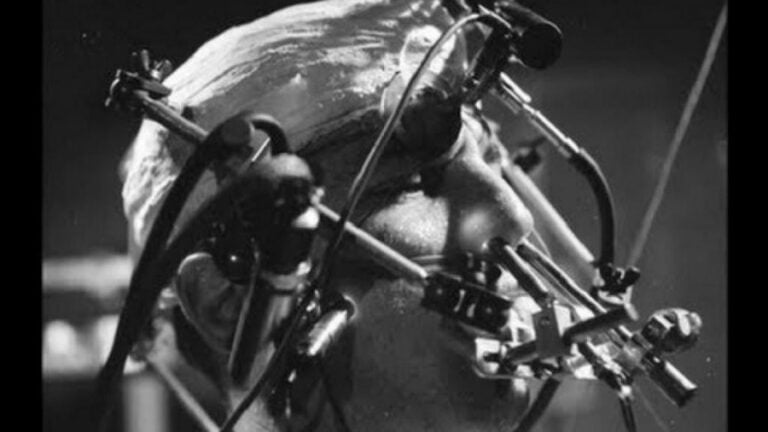 The U.S. government, in its pursuit of so-called monsters, has itself become a monster. This is not a new development, nor is it a revelation. This is a government that has in recent decades unleashed untold horrors upon the world—including its own citizenry—in the name of global conquest, the acquisition of greater wealth, scientific experimentation,…